Hundreds, from different walks of life, took part in the protest demonstration at Valluvarkottam on Thursday. 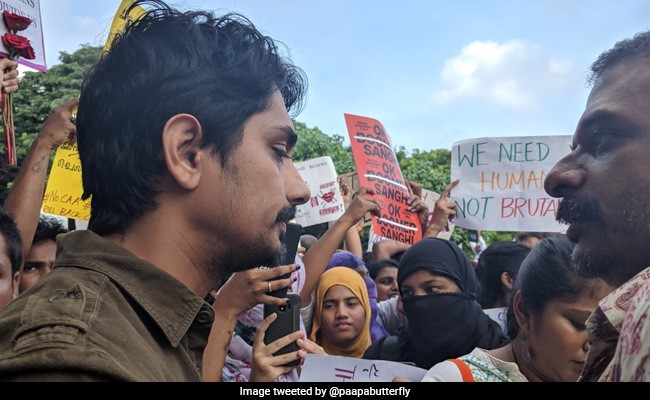 More than 600 people have been booked for staging a protest against the controversial Citizenship Amendment Act in Chennai, police said on Friday.

Hundreds, from different walks of life, took part in the protest demonstration at Valluvarkottam on Thursday.

The demonstration, organised by a group of civil society members, Left liberals and volunteers of outfits including the Jamaat-E-Islami Hind and NGOs saw high pitched sloganeering against the BJP-led Centre and the RSS.

Cases have been registered against them under relevant sections of the Indian Penal Code.

According to Section 143 of the Indian Penal Code whoever is a member of an unlawful assembly, shall be punished with imprisonment of either description for a term which may extend to six months, or with fine, or with both.