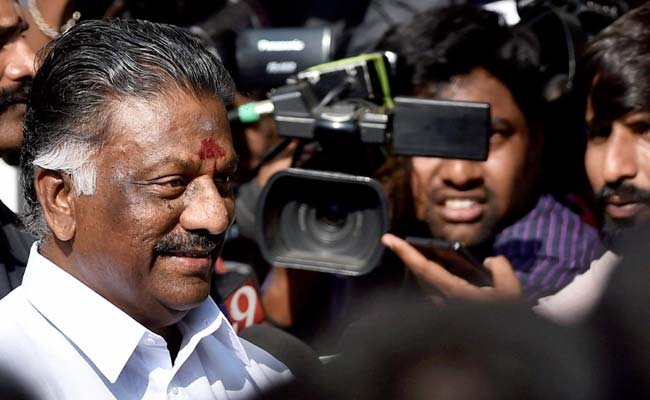 Chennai: O Panneerselvam who stepped down as Tamil Nadu Chief Minister to pave the way for party chief VK Sasikala, had signed his letter of resignation long before AIADMK legislators held their meeting on Sunday. In the letter to Governor C Vidyasagar Rao, a copy of which is with NDTV, Mr Panneerselvam put the time he signed the letter - 1.41 pm. That was when the party was having a closed-door meeting at J Jayalalithaa's Poes Garden residence - where Ms Sasikala is staying - ahead of the meet where she was elected the chief of AIADMK's legislature party. 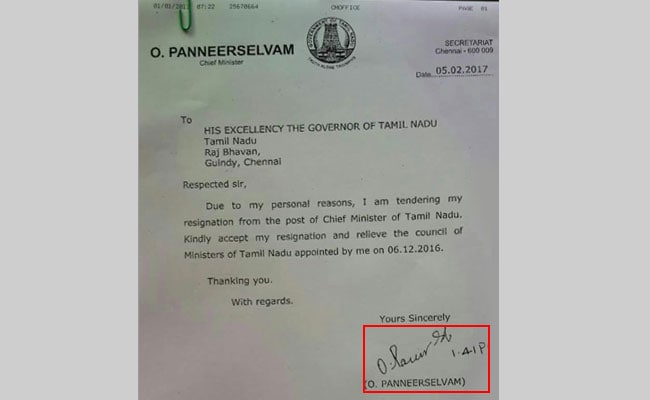 O Panneerselvam's resignation letter shows it was signed at 1.41 pm

The official twitter handle of the Chief Minister @CMOTamilNadu, also got a new look soon after. Instead of Mr Pannerselvam, Ms Sasikala's profile photograph was seen above the line "News and Updates from honourable Chief Minister of TamilNadu".

It is not known yet if Mr Pannerselvam's resignation has been accepted. Mr Rao, who is the Maharashtra Governor and holds additional charge of Tamil Nadu, is currently in Maharashtra. Ms Sasikala is yet to take oath as the Chief Minister. Sources said the ceremony will be scheduled as soon as the Governor becomes available.

Promoted
Listen to the latest songs, only on JioSaavn.com
Mr Panneerselvam, 65, has stepped into the breach twice earlier after Ms Jayalalithaa, as the Chief Minister, was arrested on charges of corruption. This time, after her death in December, he was the party's automatic choice for the top job. Party insiders, though, had hinted that it was a stop-gap measure, saying it was the party chief who should also head the government. After Ms Sasikala accepted the post of the party general secretary, there have been calls for Mr Panneerselvam to step down. 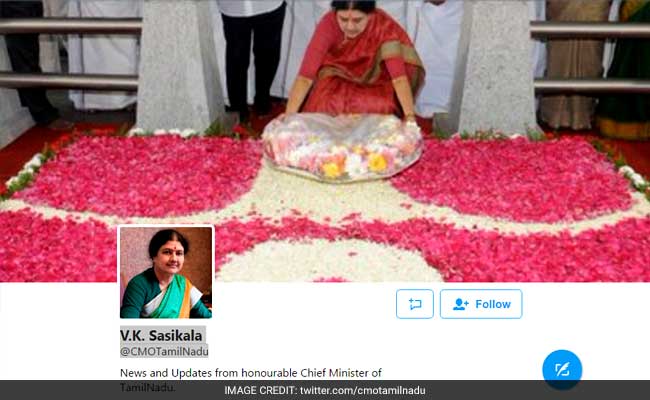 VK Sasikala has never held any post in AIADMK.

On Sunday, Ms Natarajan - who is not an elected member of the assembly and had never held any post in the party - said Mr Pannerselvam had a key role to play in her decision to head the government.

"It was Panneerselvam who had first persuaded me to become the chief minister and general secretary as well when Jayalalithaa passed away," news agency Press Trust of India quoted her as telling party legislators.