Amid Pollachi Row, Tamil Nadu Man Films Woman To Force Her Into Marriage

Police said the accused - S Sundar - and the woman recently visited a temple before heading to a hotel room in Puducherry's Karaikal, where he allegedly spiked her drink with an intoxicant. 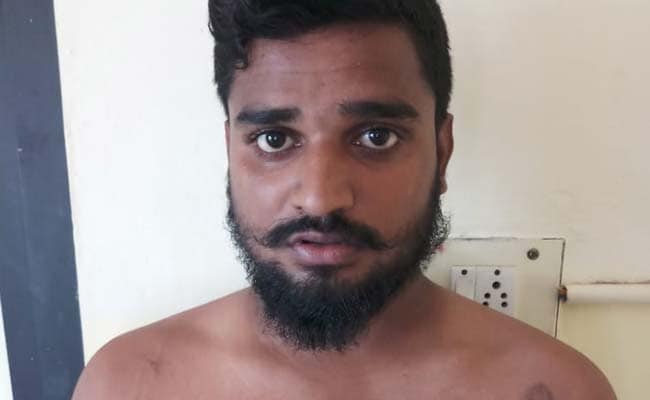 S Sundar shot videos of the woman in compromising positions and threatened to make them public.

At a time when the Pollachi sex scandal is sending shock waves across the country, the Nagapattinam police in Tamil Nadu have arrested a 23-year-old man for allegedly shooting objectionable videos of a woman and trying to blackmail her into marrying him.

Police said the accused - S Sundar - and the woman recently visited a temple before heading to a hotel room in Puducherry's Karaikal, where he allegedly spiked her drink with an intoxicant. He then shot videos of her in compromising positions and threatened to make them public if she decides to marry anybody else. The accused - a cab driver by profession - even tried to disrobe her, they added.

According to Nagapattinam police, Sundar had recently renewed his relationship with the woman. A case of sexual harassment, violation of privacy and criminal intimidation has been registered against him.

The case comes amid public outrage over the alleged blackmail and sexual assault of several women in Pollachi by a gang led by Thirunavukarasu, an MBA graduate. One of the women filed a complaint, following which eight men were arrested.

The accused have been targeting women for the last seven years, police told NDTV. The accused would befriend women on social media, and after taking them to hotels or on long drives, sexually assault them. The women would then be allegedly blackmailed with photographs and videos of their assault.

The ruling AIADMK has also expelled a party worker in Pollachi for allegedly intimidating a survivor's brother.

The investigation into the case has been transferred to the CBI. Yesterday, the Madras High Court ordered the Tamil Nadu government to pay Rs 25 lakh to the woman complainant for revealing her name on two occasions.