Rajinikanth had said Tamil Nadu Chief Minister K Palaniswami "would not even have dreamt" of getting the top post. 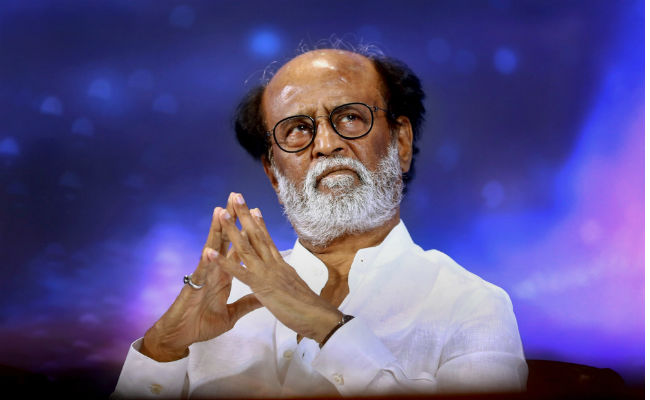 Rajinikanth had said that Tamil Nadu suffers from a "political vacuum".

Actor-turned-politician Rajinikanth has said that Tamil Nadu Chief Minister K Palaniswami "would not even have dreamt" of achieving the top post and described the AIADMK leader's elevation as a "wonder and marvel."

Rajinikanth, who has announced that he would enter politics and contesting assembly elections in 2021, said "wonder and marvel" could happen "tomorrow also", apparently hinting at his political entry.

The AIADMK hit back at Rajinikanth, saying Mr Palaniswami had not come to the post by chance, "but by sheer hard work" of around 45 years.

"Rajinikanth should not make such comments as an actor. He should only do so after launching his own political party," AIADMK Spokesperson RM Babu Murugavel said.

Speaking at an event to mark his contemporary Kamal Haasan's 60 years in the film industry, Rajinikanth also said Mr Palaniswami had belied all claims of his government being a short-lived one.

Recalling the initial days of the Palaniswami-led dispensation, Rajinikanth said everybody had predicted it will be a short-lived one.

Mr Palaniswami had hit out at Rajinikanth for saying there was a leadership vacuum in Tamil Nadu and that he was just an actor and not a political leader.

Promoted
Listen to the latest songs, only on JioSaavn.com
Comments
AIADMKRajinikanth