Shankar Narayanan, 31, suffers from drug resistant epilepsy following a scar on the left part of his brain in childhood 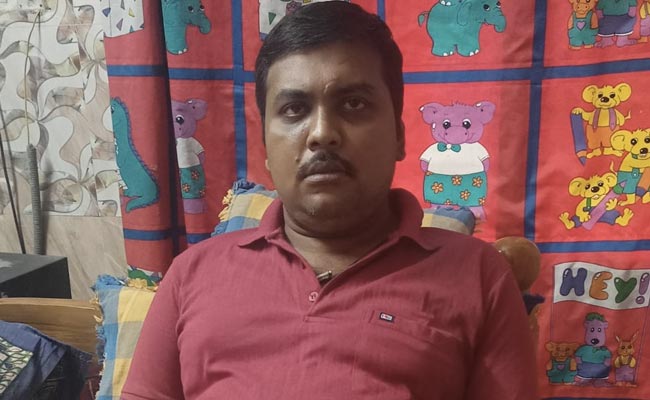 In a desperate attempt to give his brother a new lease of life, a Chennai man has started a crowdfunding drive to arrange Rs 11 lakh for a brain surgery.

Aravind Ganesh's brother Shankar Narayanan, 31, suffers from drug resistant epilepsy following a scar on the left part of his brain in childhood.

The seizures, which were manageable earlier, have turned more intense now, causing him to often fall unconscious. One such seizure left him seriously injured recently. "He fell down twice on the road. Earlier, the seizure would last just for a minute or two and he was able to manage. Now we are worried," says Aravind, 26.

Doctors at Gleneagles Global Health City, the family says, have recommended a brain surgery that would cost Rs 11 lakh, an amount beyond their means as they have exhausted all resources in treating Shankar. Aravind says they have been spending over Rs 5,000 every month on Shankar's medical expenses.

Left with no option now, Aravind has started a crowdfunding drive through a fundraising portal.

Aravind says that despite the challenges, Shankar completed BCom in distance mode and now works with a private insurance firm, making about Rs 20,000 a month.

A computer science graduate, Aravind earns about Rs 30,000. Their father passed away two years back and the brothers live with their mother.

"My brother is a fighter. We want to give him a fresh lease of life. Despite difficulties, he works and earns his bread; he is productive and contributes positively to the community. He can continue for many more years. I appeal to people to consider helping my brother."

Dr Dinesh Nayak, Director of Neurology at Gleneagles Global Health City, said Shankar's condition is no longer responding to medication and a surgery alone could heal him.