Vipul Gareja, a teacher at a school in Surat's Varachha area, is seen slapping and thrashing a teen student in the school corridor. 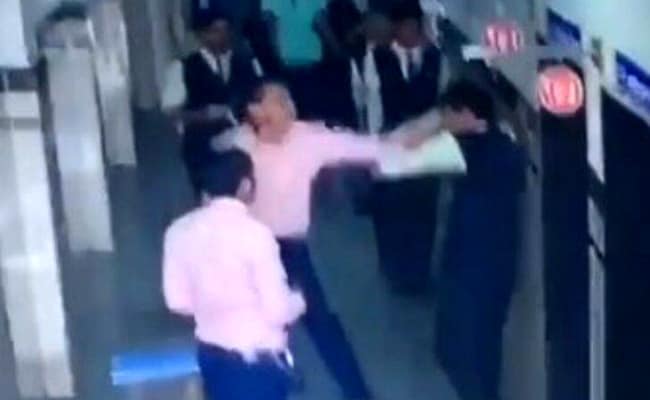 The parents took the teacher to premises in front of the students.

A school teacher was thrashed by parents in Gujarat's Surat on Wednesday after he was seen on camera beating one of his students.

Vipul Gareja, a teacher at a school in Surat's Varachha area, is seen slapping and thrashing a teen student in the school corridor. CCTV visuals show the frightened student being slapped multiple times and beaten by the teacher as other boy students look on, helpless.

On Wednesday, parents of the teen who was thrashed by Vipul Gareja reached the school along with several other people and attacked the teacher. They also thrashed some of the other teachers who tried to intervene. 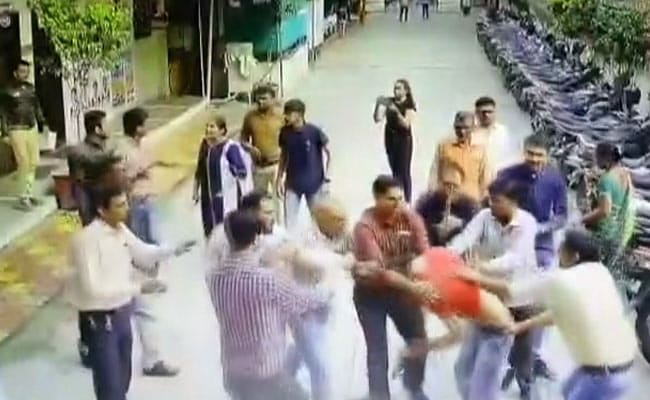 In a video, seven to eight people can be seen beating the teacher in school premises, in front of students.

The boy's family had gone to the school to complain about corporal punishment. However, they walked up to the teacher who was inside a classroom, took him out and assaulted him.

Teen Stabbed To Death, Brother Injured After Fight Over Dancing At Wedding In Surat