The chief minister, however, said that it is advisable for people above 65 and children to refrain from visiting Sabarimala. 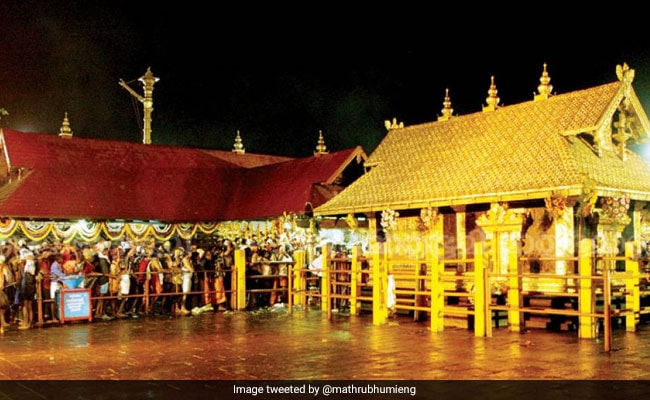 No one will be allowed to rest or spend the night at Sabarimala, warned Pinarayi Vijayan

The Sabarimala Temple in Kerala will be reopened to devotees for the coming season with restrictions in number of devotees and mandatory COVID negative certificates, Chief Minister Pinarayi Vijayan said.

"Devotees will be required to carry COVID negative certificates from their respective states and once they arrive, they will be tested again by health officials", Pinarayi Vijayan said.

An expert committee, led by the Kerala Chief Secretary, has been tasked to decide on the details. Officials from Kerala will engage with those from other states to work out the regulations. Discussions will also held be at the ministerial level, according to Mr Vijayan.

The chief minister, however, said that it is advisable for people above 65 and children to refrain from visiting Sabarimala.

"There are concerns about wearing masks while climbing the hill to the shrine. That's something the health ministry will be examining", the chief minister said.

While lakhs visit Sabarimala in Kerala's Pathanamthitta district, majority are from the neighbouring states of Andhra Pradesh, Telangana, Tamil Nadu, Karnataka, besides Kerala. No one will be allowed to rest or spend the night at Sabarimala this time, warned Mr Vijayan.