Puducherry Chief Minister V Narayanasamy said both the Central and Karnataka governments have been ignoring the implication of the dam as it would only worsen the availability of Cauvery water for the riparian states. 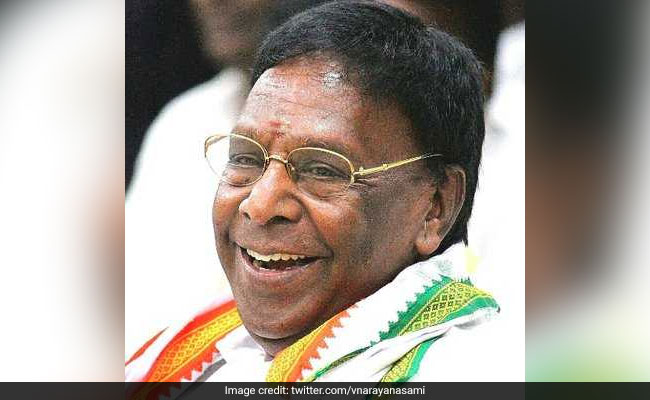 Mr Narayanasamy called upon the Central Water Commission to convene a joint meeting.

Puducherry Chief Minister V Narayanasamy on Tuesday said there would be a big revolt by farmers if the Centre does not pay heed to the objection of the Union Territory and Tamil Nadu to the move of the Karnataka government to build a dam across Cauvery at Mekedattu, Karnataka.

Talking to reporters after releasing the 2019 New Year government diary and calendar, he said, "The Centre had arbitrarily given its nod to the Karnataka government to prepare the detailed project report for the construction of the dam."

He said both the Central and Karnataka governments have been ignoring the implication of the dam as it would only worsen the availability of Cauvery water for the riparian states.

Mr Narayanasamy called upon the Central Water Commission (CWC) to immediately convene a joint meeting of the secretaries of PWD and Departments of Irrigation of the riparian States to go into the Mekedattu issue.

He further said the Centre was also responsible for the disruption of proceedings of Parliament recently as the issue had caused concerns of the members from the riparian states.

Mr Narayanasamy said he had handed over a letter to the Union Minister Nitin Gadkari recently in Delhi informing him that the nod to Karnataka government given by the Centre was shocking as it has ignored the interests of riparian states.

He said he and his cabinet colleagues, leaders and legislators of the Congress, its ally DMK, Left parties, VCK and PMK would stage a demonstration at Jantar Mantar in Delhi on January 4 to persuade the Centre to grant statehood to Puducherry, only then would the Union Territory be rid of all its financial problems.

He said the demonstration was also aimed at appealing to Lieutenant Governor Kiran Bedi to go back to Delhi.

Mr Narayanasamy said pensioners were not able to get their dues and there was also difficulty in implementing the Seventh Pay Commission recommendations.

Moreover, the Union Territory has not been accommodated in the Central Finance Commission', he said adding that all these issues would be highlighted during the demonstration.

Karnataka Extends Lockdown Till June 21, Some Relaxations For Bengaluru