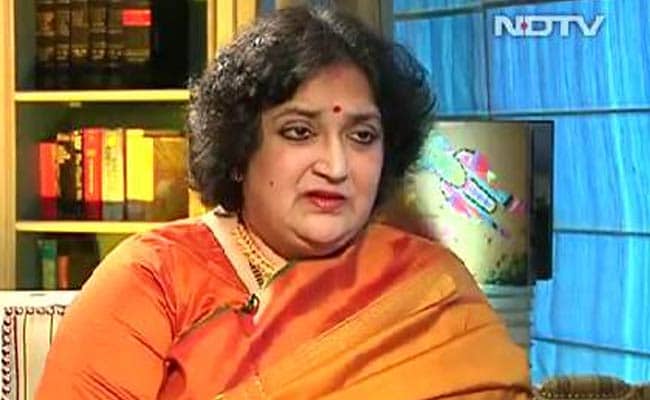 Bengaluru: An FIR has been lodged against superstar Rajinikanth's wife Latha for allegedly forging documents to obtain a court order, restraining media from publishing news about her dispute with a commissioned producer over selling of rights of Tamil film 'Kochadaiiyan.'

"We have lodged an FIR against Latha Rajinikanth for submitting fake documents in the court to get gag order on the media with an intention of defrauding Ad Bureau Advertising Private Limited, a commissioned producer and double-selling the rights of Kochadaiiyan," police told the Press Trust of India in Bengaluru.

The FIR was lodged after Ad Bureau had filed a complaint on June 9, alleging that Latha had produced fake documents in the court to defraud and illegally sell the rights of the film to an entertainment company, police said.

They said Latha had signed as a guarantor for Mediaone Global Entertainment Limited for availing a loan of Rs 14.9 crore from Ad Bureau to help the makers of 'Kochadaiiyan' complete the film and release it, police said.

Since Mediaone failed to repay the amount and made a double selling of the movie, which had been earlier claimed to have been sold to Ad Bureau, the latter filed a case in the court seeking justice, police said.

The issue was then lapped up by the media which reported about the money dispute between Mediaone and Ad Bureau, which prompted Latha to avail an injunction order from Bengaluru court, restraining the media from publishing any news about her and her family members, police said.

In a follow up step, Ad Bureau filed a complaint with the city police commissioner, alleging that the documents produced by Latha in court to restrain media from publishing anything about the money dispute were fake, police said.

The affidavit filed by Latha's counsel had mentioned that she had received a letter from the Publishers and Broadcasters Welfare Association of India, Press Club, Bangalore, which was proved fake by Ad Bureau after getting a confirmation letter from Press Club of Bangalore, police said.

The Press Club in their letter had said that the Publishers and Broadcasters Welfare Association of India was in no way connected with them and the association is fake, police said.

The magistrate then ordered the police to submit a report about the association, police said.

After investigation, Halasurgate Police Station found out that the association was fake and registered an FIR against Latha for submitting fake documents as documentary evidence in the court, police said.
Comments
Ad Bureau Advertising Private LimitedGlobal Entertainment LimitedRajnikanthRajnikanth's wifeLatha RajnikanthKochadaiiyan