Padmanabhaswamy temple audit not an easy task, will do it sincerely: Vinod Rai 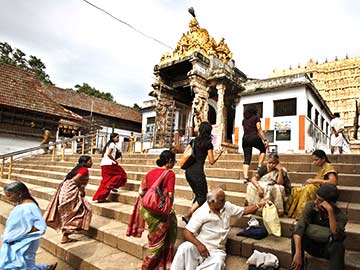 New Delhi: Former Comptroller and Auditor General of India Vinod Rai today said he is "honoured" to be chosen by the Supreme Court to supervise the special audit of the property of Kerala's famous Sree Padmanabhaswamy temple and added that he would carry out the "difficult" task sincerely.

Mr Rai, a former Kerala cadre IAS officer who worked in Thiruvananthapuram where the temple is situated, said the task of auditing the property of country's richest temple is not going to be easy.

"I am honoured to take it up. It is a Supreme Court order and amicus curiae has suggested my name. I am of course, very humbled because the task ...it is going to be difficult task. It is not going to be easy," Mr Rai said.

"With all sincerity I will take up the task," he added.

In its interim order yesterday, the Supreme Court had said that Mr Rai will supervise a special audit of the property of temple.

Promoted
Listen to the latest songs, only on JioSaavn.com
The court's order came after issues of financial irregularities and mismanagement were reported by amicus curiae - senior advocate Gopal Subramaniam.