Monsoon hits Kerala, so does dengue 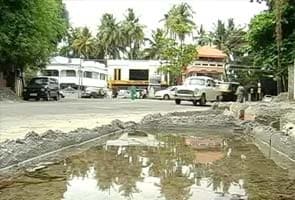 There has been a sharp increase in the cases of viral fever and dengue since the onset of the monsoon. Since January, more than nine lakh cases of fever have been reported in Kerala with over 2500 confirmed cases of dengue; nine people have lost lives due to dengue and four due to other viral infections.

"With monsoon, the threat from these diseases will only increase along with other infections due to water-logging, inefficient garbage disposal and drainage systems," said Dr Gopinath Menon, KIMS Hospital, Thiruvananthapuram.

Dr Menon adds that though there is an increase in number of dengue cases in last two years, the last two months have been particularly bad. KIMS itself has been getting nearly 150 fever cases every day, of which 50% are suspected dengue cases, he says.

And to add to the misery of the people of Thiruvananthapuram, city's only garbage disposal plant has been shut down for more than a year. The war of words between LDF-led municipal corporation and UDF-led state government has been continuing without any solution for the common man.

Promoted
Listen to the latest songs, only on JioSaavn.com
Thiruvananthapuram's Mayor K Chandrika has said that the administration is doing what it can. A task force has been set up for clean-up operations, fogging etc. There is a 'result-oriented' effort, the Mayor claims.

4 Deaths In 2 Accidents On Christmas Day In Kerala