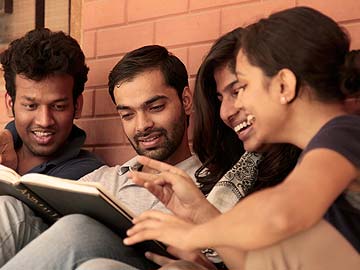 Kochi: The Kerala government will sponsor the visit of 10 student entrepreneurs to the Silicon Valley this year as part of the SV Square programme of Startup Village, said Chief Minister Oommen Chandy on Saturday.

"When the five students briefed the cabinet after their return from the Silicon Valley last year, we saw the transformational power of this initiative. The students who went were not the same when they returned as their new found confidence and energy was astounding," said Mr Chandy in his address at the second anniversary celebrations of Startup Village here.

"They firmly believe in their ability to change Kerala's economy and industrial landscape in the future and the government is backing this belief and their confidence by funding the visit of 10 participants, or more, if required, this year," he added.

The Startup Village to Silicon Valley (SV Square) programme which was launched to give young innovators a first-hand experience of the world' best entrepreneurial ecosystem has been among the most successful initiatives in the two years of the Kochi-based business incubator.

"Startup Village which supports 600 firms currently has already helped us achieve 20 percent of that goal. We are on course to meet our target maybe by 2018 and some of these companies will hopefully be by then the 'billion-dollar' firms we dream of," he said.

He said the state government is planning to organise a meet of Kerala-based angel investors in the next couple of months to connect them to start-ups looking to raise capital.

"There are plenty of individuals right here in Kerala who have the money and who are eager to back the next generation of entrepreneurs. We will bring them all on to one platform through the Kerala Zone Angel Investors meet," added Kurian.

At least 15 acres of land has been allocated to create a 'mini Silicon Valley' in Kochi, an area that will be known in the future as the Silicon Coast. Infosys executive vice chairman and Startup Village's chief mentor Kris Gopalakrishnan lauded Startup Village as an initiative that was 'unique' in its concept.

Promoted
Listen to the latest songs, only on JioSaavn.com
"What makes the Startup village different from other incubators in the country or around that world is that, for one, it has a very high proportion of students and youth. Incubators in places like Silicon Valley are about the money, but Startup Village is a collective movement transforming the community and mindsets. There is a spirit of adventure and evangelism not seen anywhere in the world," he said.