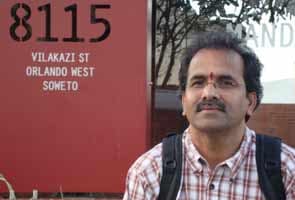 Chennai: A professor from the Mathematics Department of IIT-Madras has been awarded the 'Alumni Ambassador of the City of Kaiserslautern, Germany'.

"He is one among the four recipients, including the President of Google, Europe, and the only Indian to receive this award," a statement from IIT-Madras said.

Prof Sundar was selected by a high-level committee comprising of members from Technical University (TU) of Kaiserslautern and other technological institutes of the city, the release said, adding that he will be receiving the award in December this year at the City of Kaiserslautern.