Earlier in February, Kiara Kaur had set a world record of reading 36 books non-stop for 105 minutes.

A 5-year-old Indian-American girl Kiara Kaur has become the world's youngest TEDx speaker. The "child prodigy" was recognised by the World Book of Records in London after she addressed a TEDx meet organised by a body in Maharashtra on November 14, Children's Day.

Earlier in February, Kiara had set a world record of reading 36 books non-stop for 105 minutes.

"I am so excited to be the youngest TED speaker," Kiara told NDTV. 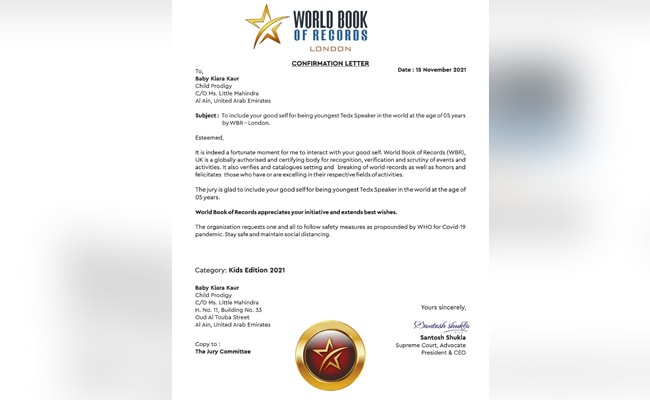 Gaurav Ghewade, who had organised the Rankala Lake event COMMA, said, "Kiara won applause. She inspired the audience with her story. Even other speakers were all praises for her".

A passionate reader who has read more than two thousand books, is also set to release her first book "Dairy of a 5-Year-Old Genius Chatterbox Who Set World Records". 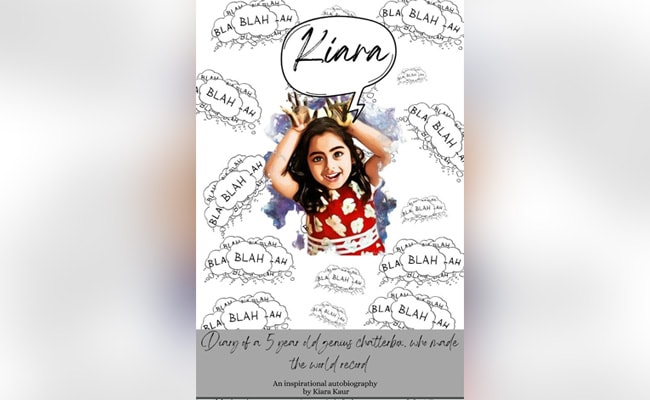 "The book chronicles her journey in her own words," said her mother Dr Little Mahendra who is a Dean at a Dental College. "It took seven months and I merely typed as she shared," she added.

On her love for speaking, the little girl said, "I have so much to share. People call me a talking machine and gabby".

Born in the US after a five-year wait, Kiara is presently in Abu Dhabi where her doctor parents are settled. "She is hence so special for us and I love spending as much time with her as possible," said her father Dr Ravi MJ, an Orthodontist.

With a love for languages, Kiara is also studying French and Spanish.

Howard Berg, regarded as the fastest reader who's helping Kiara to maximise her "natural learning ability" said, "I expect great things from Kiara as she grows up".

"We only support her in all her endeavours, so that she would love to do what she does," said her mother who denied pushing their child for any records.