In the Politics of Religion, Children Have Become the Victims 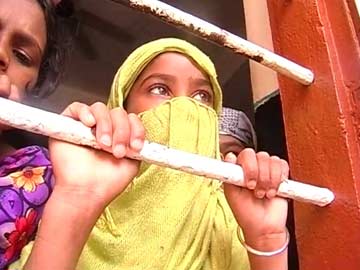 Thiruvananthapuram: The "rescue" of 579 children less than a fortnight ago from two trains which were on their way to Kerala from Jharkhand and Bihar has taken a curious turn. The children, it was claimed, were travelling to Kerala to study in orphanages. But after eight people were arrested and the railway police registered cases of child trafficking, the Crime Branch was brought into the picture.

The Kerala Minority Commission minority community leaders belonging to the ruling coalition have, however, cried foul. ET Mohammed Basheer, a lawmaker alleges that the institutions and orphanages were being targeted because they are being run by the minority community.

The episode has triggered a debate across the state. Is the politics of religion adding a communal colour to the alleged child trafficking case, or have the institutions invited negative publicity because procedures were not followed and there were certain irregularities and lacunae in the law?

The bigger concern is that poverty and the dream of a better life is pushing parents to virtually force their children to live like orphans, under institutional supervision and away from parental care, something that is not recommended under the Juvenile Justice (JJ) Act.

Kerala Child Rights Commission chairperson Neela Gangadharan told NDTV, orphanages are governed under the Orphanages and Charitable institutions Act in Kerala, and not under the JJ Act. "For the longest time, we have been seeking to change that. Hopefully this case will convince the government to do that."

11-year-old Shabistha Khatoon, the eldest among four children, travelled all the way to Kerala from her village in Jharkhand, hoping she would be able to study well in an orphanage. "My parents sent me this far so that I could study well. We were told we would get good education, good food. Now after all this I only want to go home," she told NDTV.

Promoted
Listen to the latest songs, only on JioSaavn.com
Palakkad district collector Ramachandran says it is pathetic that nearly 500 people, including 10 babies and infants, were packed like cattle in trains, many without tickets or any relevant documents.

"I have recommended that we must inquire into the functioning of all orphanages and how children are brought there and how many children are there," he told NDTV.