Heavy rain due to the cyclone in urban areas caused massive waterlogging across Chennai. 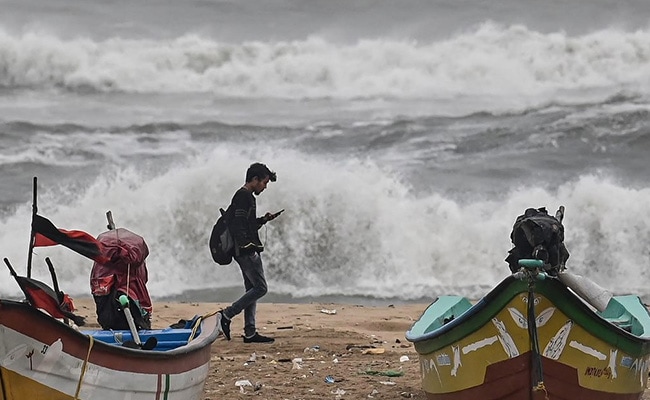 Cyclone Mandous made landfall on Friday evening off the coast of Mamallapuram in Tamil Nadu. In the hours since, parts of Tamil Nadu and Andhra Pradesh have seen heavy rain and powerful winds that have disrupted power supply to residents, with the highest rainfall recorded in Andhra Pradesh's Tirupati district at 258mm.

Tamil Nadu Chief Minister shared that four people have died in rain related incidents since the cyclone made landfall yesterday. Currently, Cyclone Mandous has weakened into a deep depression.

Here's the impact of Cyclone Mandous in images:

Water logging as a result of the Cyclone Mandous has disrupted traffic movement in Andhra Pradesh, particularly on the Venkatagiri-Gudur state highway number 58.

People pulling an auto amid rain in Chennai.

The cyclone made landfall on Friday evening, after which parts of Chennai and surrounding areas witnessed heavy rains and strong winds.

People living by the coast faced he brunt of the cyclone.

Heavy rain due to the cyclone in urban areas caused massive waterlogging across Chennai.

High tides due to the cyclone damaged several houses and uprooted many trees.

Schools in several cities in Tamil Nadu are to remain shut today after the state reels from the impact of the cyclone.

Fishermen engaged in retrieving their boats.

The heavy rainfall inundated several streets in Chennai and other districts.