In his petition, Rajan, a driver, said that the teaser of the film 'Nachiyar', showed Jothika speaking in an abusive language and denigrating women and hurting their sentiments. 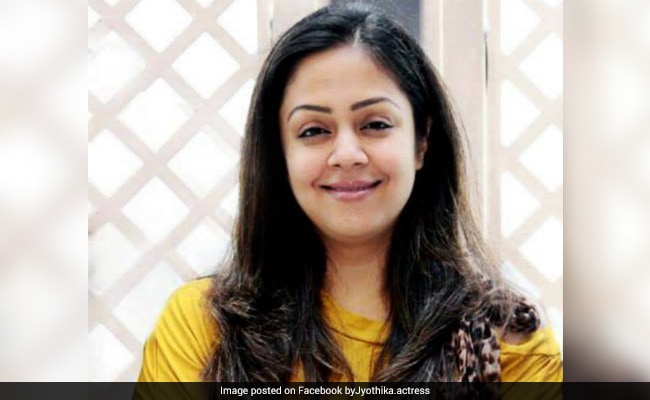 The petitioner said that Jyothika has hurt the sentiments of women through the film.

Coimbatore: A case was filed against Tamil actress Jothika in a local court, stating that she reportedly used abusive language in a film denigrating women and hurting their sentiments.

In his petition at a magistrate's court in the nearby Mettupalayam, Rajan, a driver, said that the teaser of the film 'Nachiyar', directed by Bala, showed that Jothika, acting as a police official, speaking in an abusive language against a culprit denigrating women and hurting their sentiments.

This has appeared on social media, he submitted.

Promoted
Listen to the latest songs, only on JioSaavn.com
Using such language was punishable under Section 294b (uttering obscene words) of the IPC and Section 67 (publishing obscene material in electronic form) of the Information Technology Act, Mr Rajan contended in his petition.