"Jupiter takes things that come nowhere near Earth and flings them our way, meaning it is also a threat." 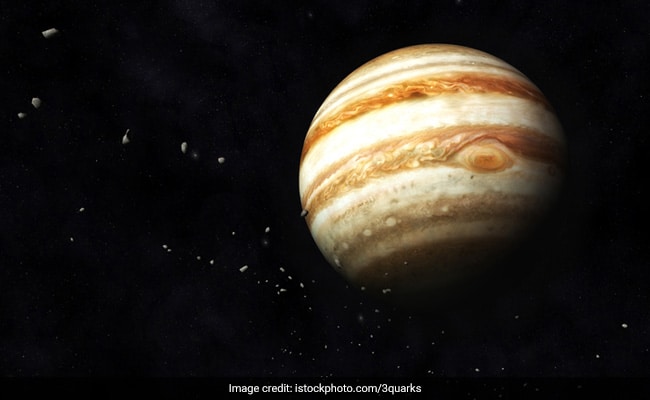 Research suggests that Jupiter is flinging dangerous objects towards Earth.

The Jupiter Shield theory proposes that the biggest planet in the solar system acts like a huge shield in space, deflecting dangerous debris away from Earth. New research now suggests that it may actually be doing the opposite by actively flinging dangerous objects into the inner solar system.

According to New York Post, the Jupiter Shield theory has been falling out of favour for years. One of its leading critics is space expert Kevin Grazier, who has published several papers explaining why he thinks Jupiter is a "sniper rather than a shield."

"Actually, I wouldn't say that it's in jeopardy-I would say that it has been laid to rest," Mr Grazier tells Gizmodo. "Our simulations show that Jupiter is just as likely to send comets at Earth as deflect them away, and we've seen that in the real solar system."

The science and technology website goes on to explain that asteroids and comets hitting the earth can be dangerous, even triggering mass extinctions.

Mr Grazier has collaborated with NASA's Jet Propulsion Laboratory and the University of Southern Queensland to demonstrate how icy bodies, in orbit beyond Jupiter and Neptune, can be turned into potentially Earth-threatening comets by Jupiter.

He and colleague, Jonti Horner, admit that Jupiter or even Saturn can still act as shields, adding that these gas giants mostly protect Earth from objects caught between them. For found in the outer solar system, however, Jupiter performs a dual role.