60-year-old man, who runs a roadside eatery in Pune, was killed in the incident. 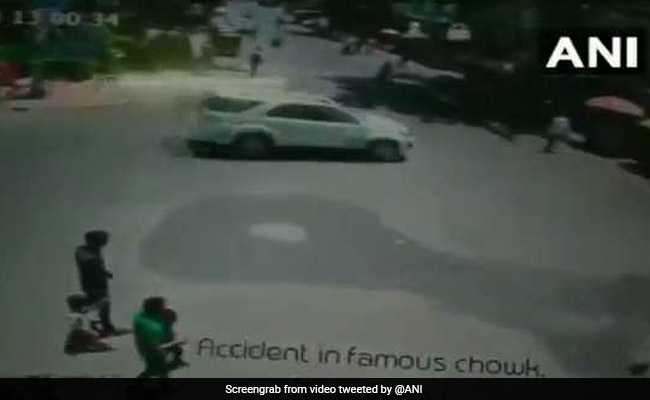 The SUV was at a high speed on the main road opposite to the hotel.

A 60-year-old man was crushed under the wheels of a speeding SUV as it rammed into a roadside eatery in Pune on Monday afternoon.

The accident was reported from Pune's famous Sangvi Chowk at around 1 PM. The elderly man, identified as Omprakash Pandinwar, was killed in the incident. Two others, including the driver of the vehicle were injured in the mishap, the police said.

The SUV was at a high speed on the main road opposite to the hotel. The incident was recorded in a CCTV nearby. Watch the footage her:

"We have found CCTV footage of the mishap in which it is clearly seen that the driver lost his control over the vehicle after it hit a speed-braker. The vehicle swerved and rammed into the hotel with very high speed," the officer was quoted a saying by news agency PTI.

The vehicle hit Mr Pandinwar, who was standing near the cash counter of the hotel. His wife, and another person were present in the hotel.

Promoted
Listen to the latest songs, only on JioSaavn.com
"The driver of the SUV also sustained injuries and lost his consciousness," the police officer said.

Police is yet to ascertain the identity of the driver and the owner of the SUV.