Removal of encroachments from properties owned by the Wakf Board was also one of the demands raised. 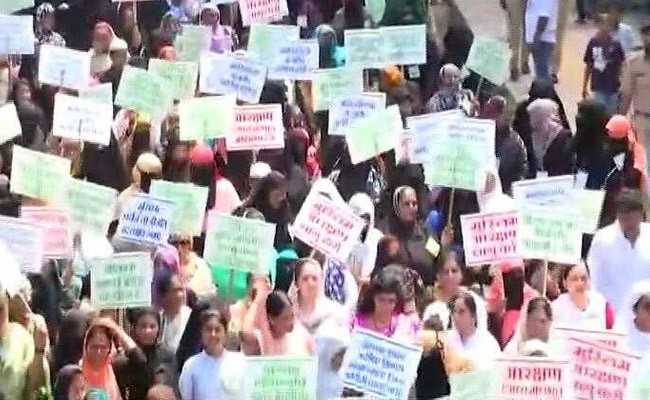 The protesters also sought death penalty for those involved in mob violence.

Members of the Muslim community Sunday took out a silent march here demanding five per cent reservations in government jobs and education. The "Muslim mook morcha" (silent march) started from Golibar Maidan in Pune and concluded at the Pune district collectorate building four kilometres away where they submitted a memorandum to Collector Naval Kishore Ram.

"In 2014, the Congress-NCP government in Maharashtra had issued an ordinance providing five per cent reservation to 50 Muslim communities. But the ordinance could not become an Act despite the Bombay High Court allowing quota for Muslims in education," claimed Anjum Inamdar, one of the organisers of the protest march.

Ms Inamdar said that this ordinance should be converted into an Act and the state's Muslim community should be provided reservations in jobs as well as educational
institutions.

Removal of encroachments from properties owned by the Wakf Board was also one of the demands of the community, he said.

Apart from the demand for reservations, the community's memorandum also sought the death penalty for "gau rakshaks" (members of cow protection outfits) allegedly involved in mob violence", one of the organisers said.