We found this picture of young Aamir Khan with father Tahir Hussain and brother Faisal. 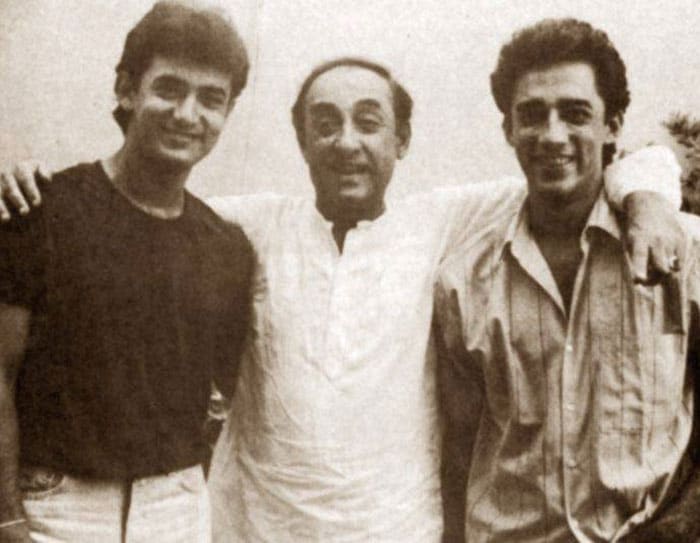 We found this picture of young Aamir Khan with father Tahir Hussain and brother Faisal.

Father and sons flash million dollar smiles while posing for the camera.

(This image was posted on Facebook by Bollywood Dhamaal) 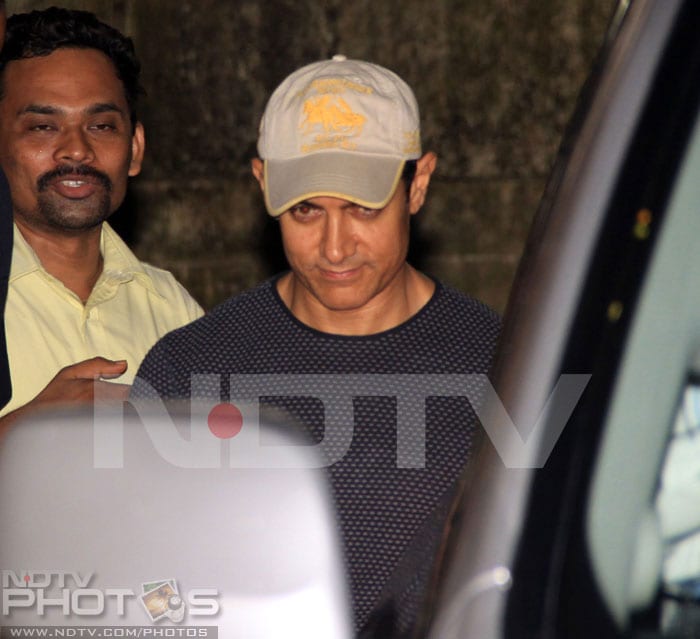 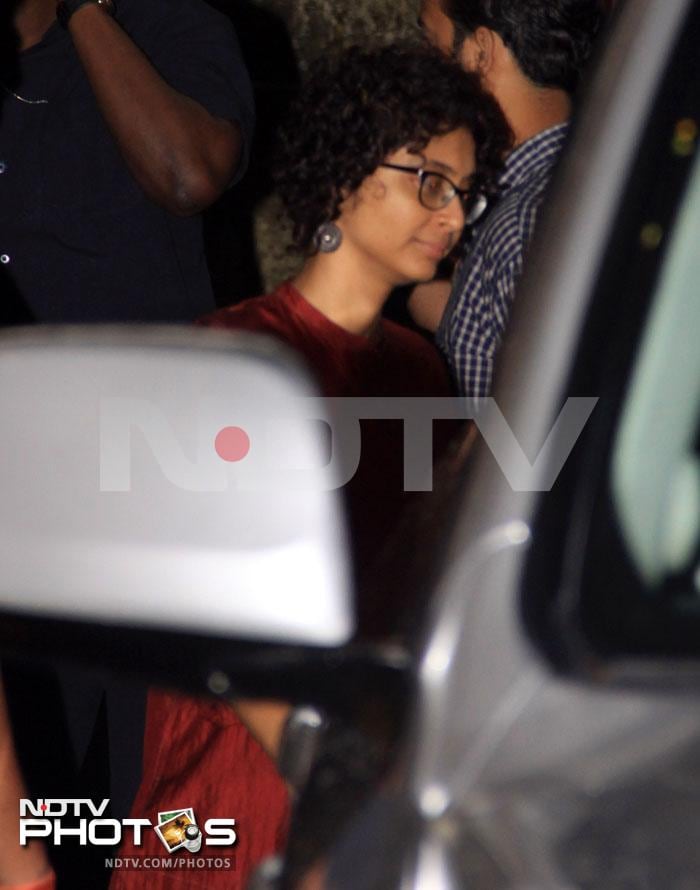 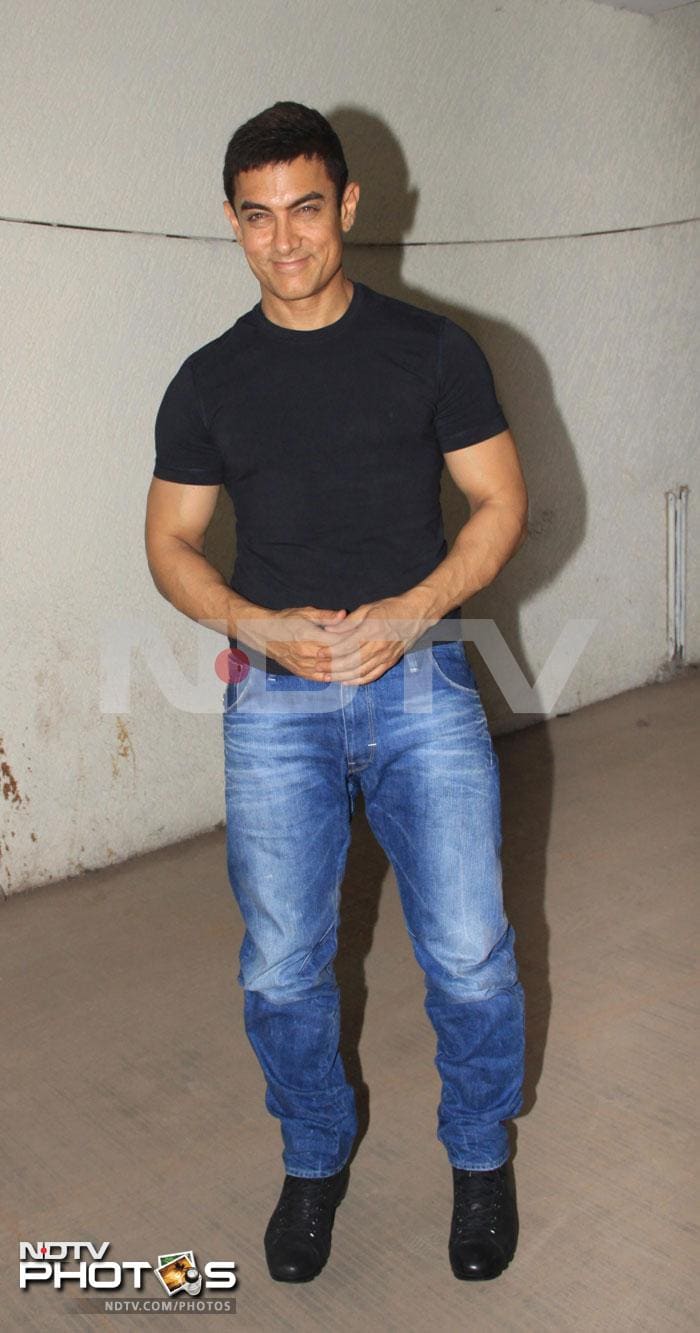 Aamir Khan organised a special screening of his 1988 blockbuster Qayamat Se Qayamat Tak for the whole cast and crew of the film in Mumbai. The actor was dressed in a black T-shirt and a pair of blue jeans. 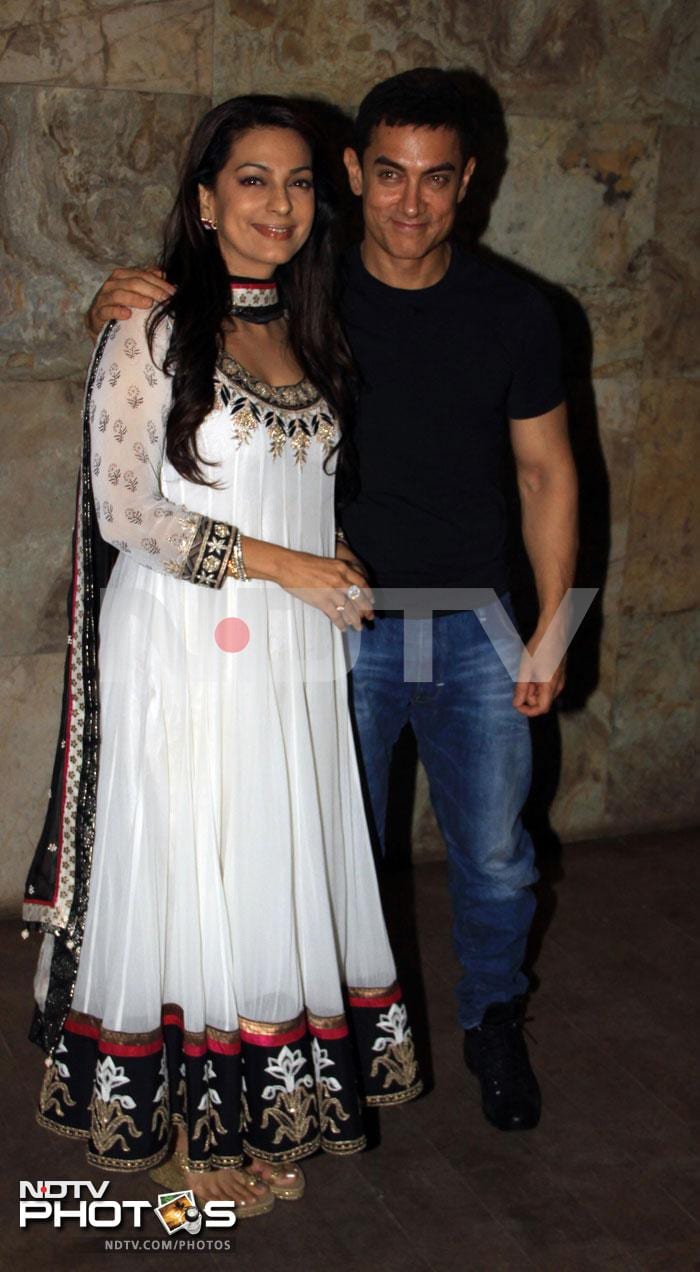 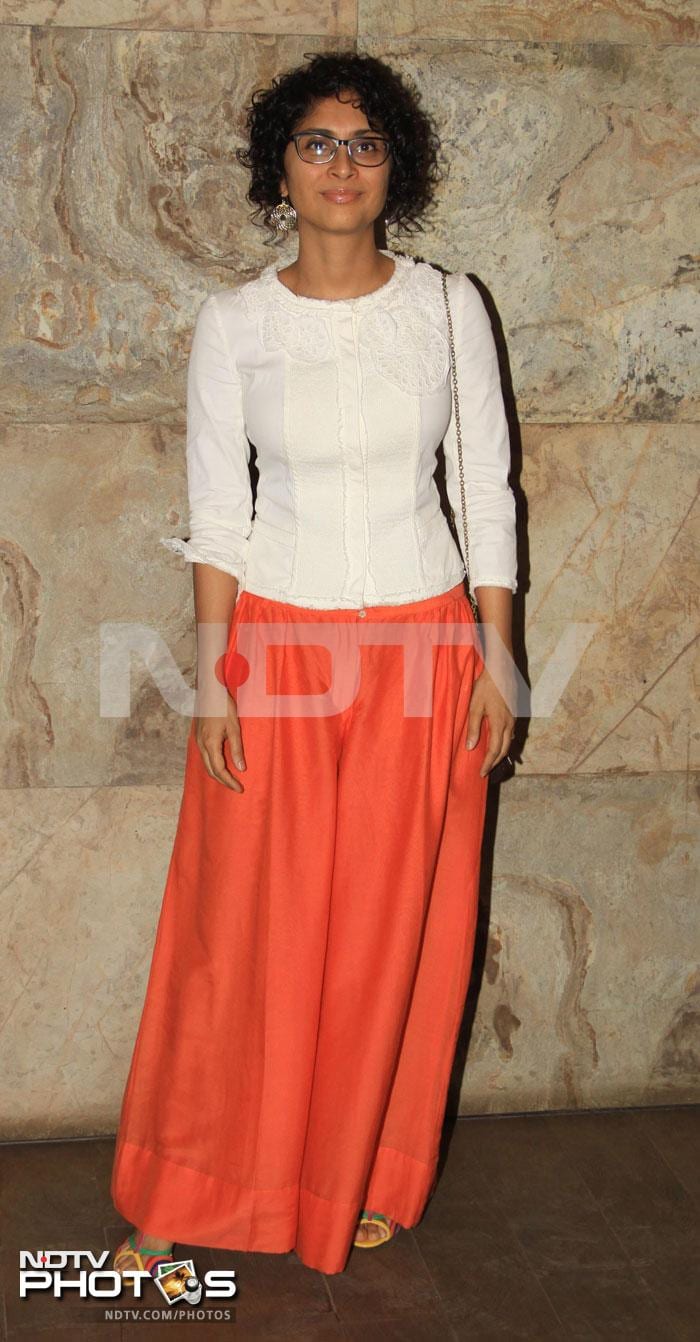 Aamir Khan's wife Kiran Rao was fresh as a daisy in coral and white. 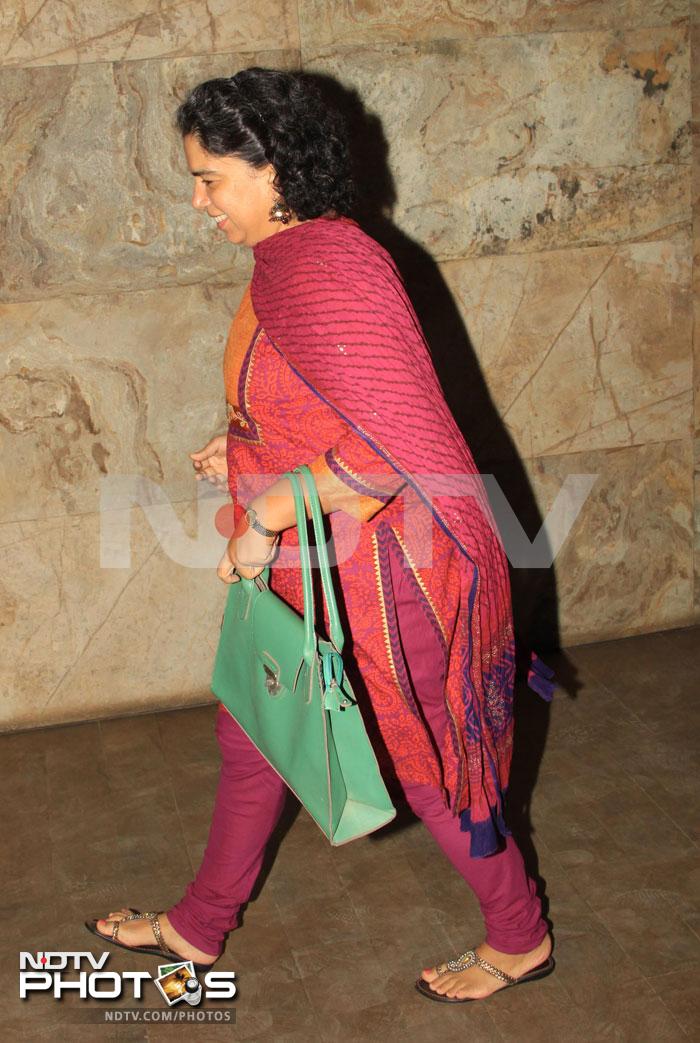 Aamir's first wife Reena Dutta at the screening. Back in the ‘80s, Reena had dropped in to visit Aamir on set while he was shooting the song Papa kehte hain, and she made an impromptu and brief appearance in the sequence. 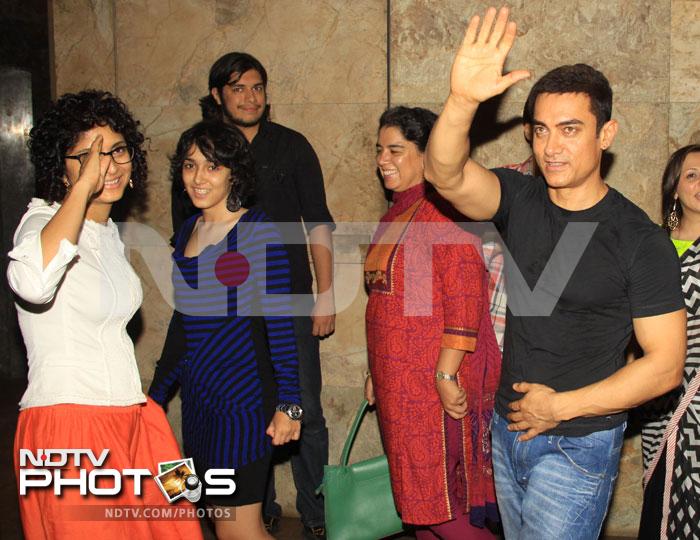 A good time was had by all – Aamir, Kiran, Reena, Aamir and Reena's children Iran and Junaid, and Avantika. 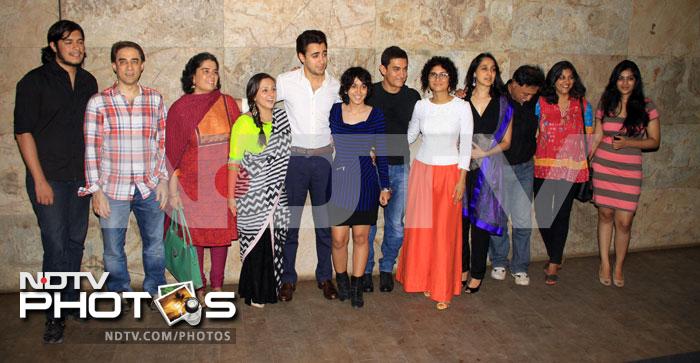 Family portrait: The Khans, including Aamir's brother Faisal in a checked shirt and cousin Mansoor in a black T-shirt. Aamir Khan with the cast and crew of Qayamat Se Qayamat Tak. On the extreme right in the row seated is Raj Zutshi who played Aamir's best friend in the film. Standing in the first row is singer Alka Yagnik who had some of her career-making hits in QSQT. If you are wondering why Imran Khan is also pictured here, it's because he played little Aamir in the film. 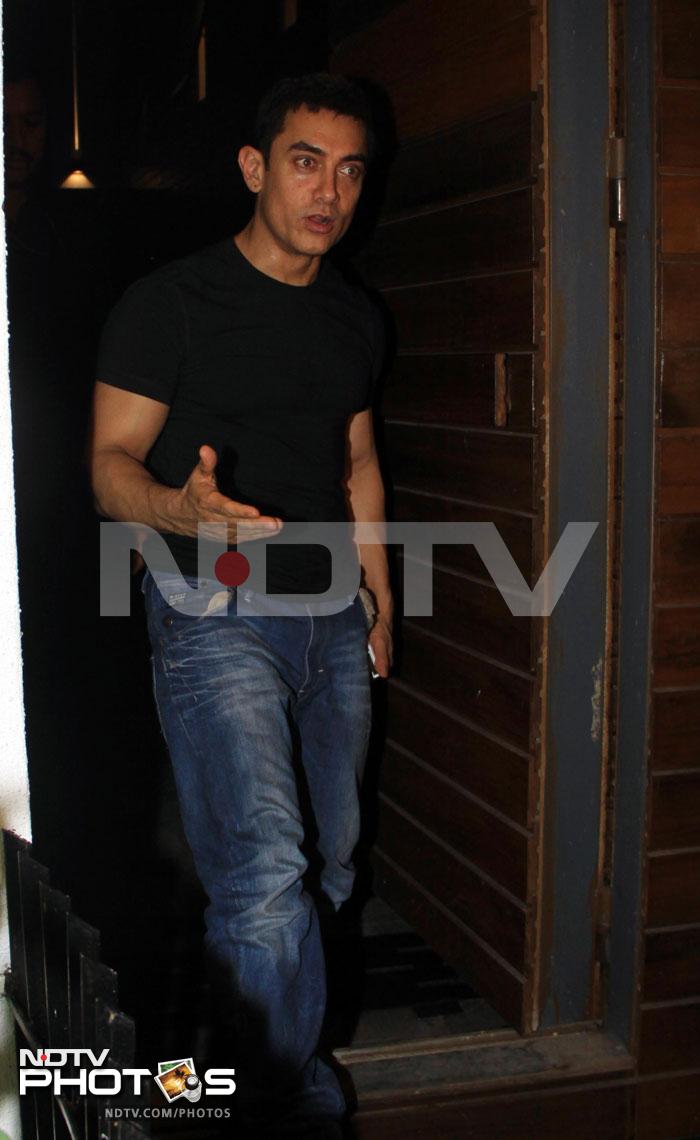 The screening of the film was followed by a party at Imran Khan's house in Mumbai. Here's Aamir Khan at the bash. 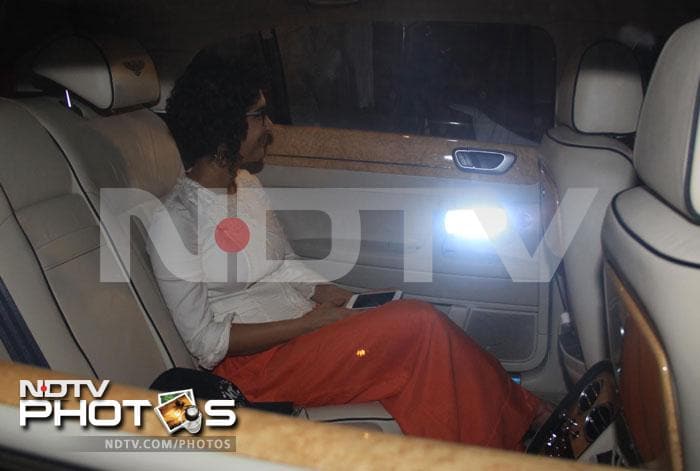 Kiran Rao arrives for the party. 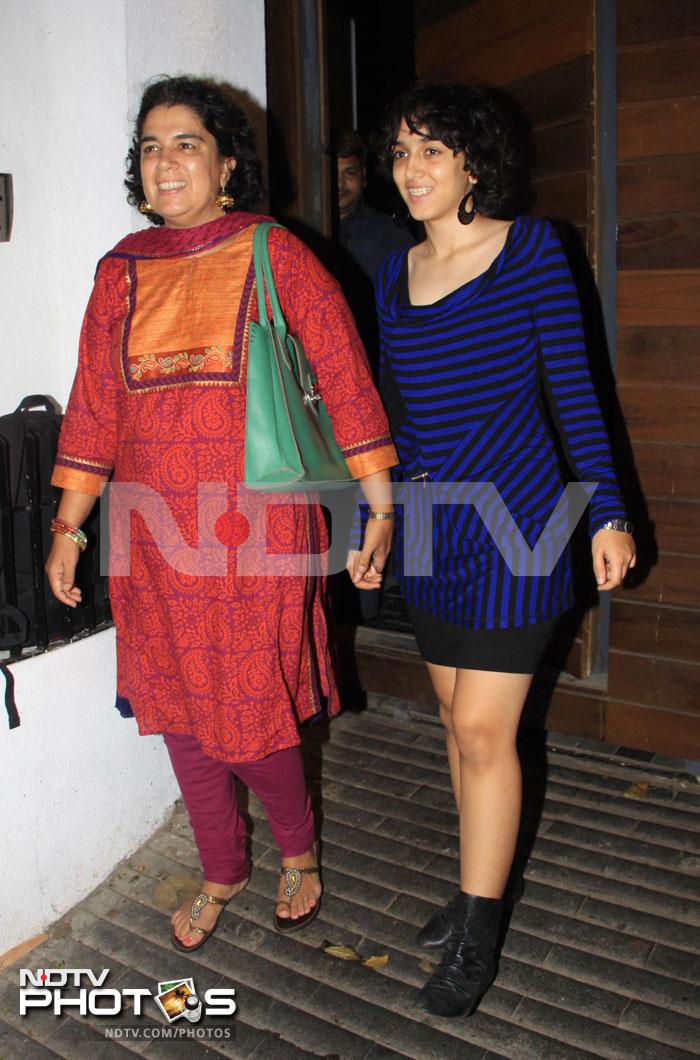 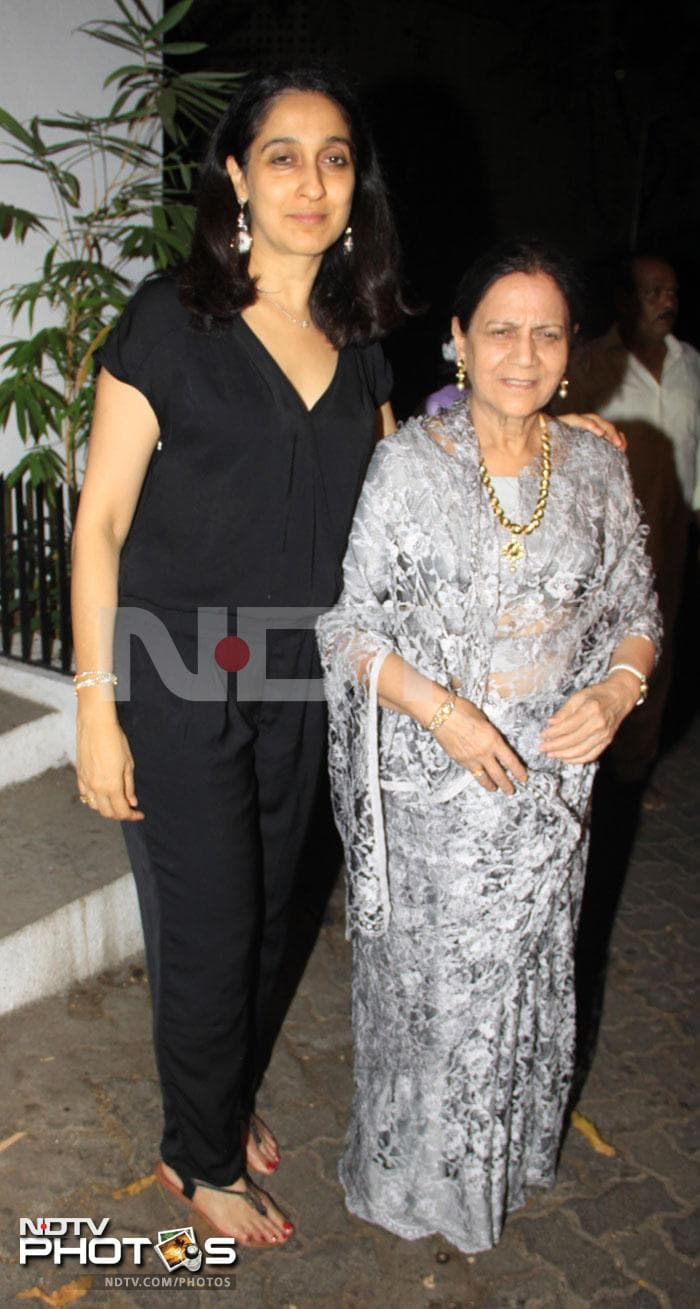 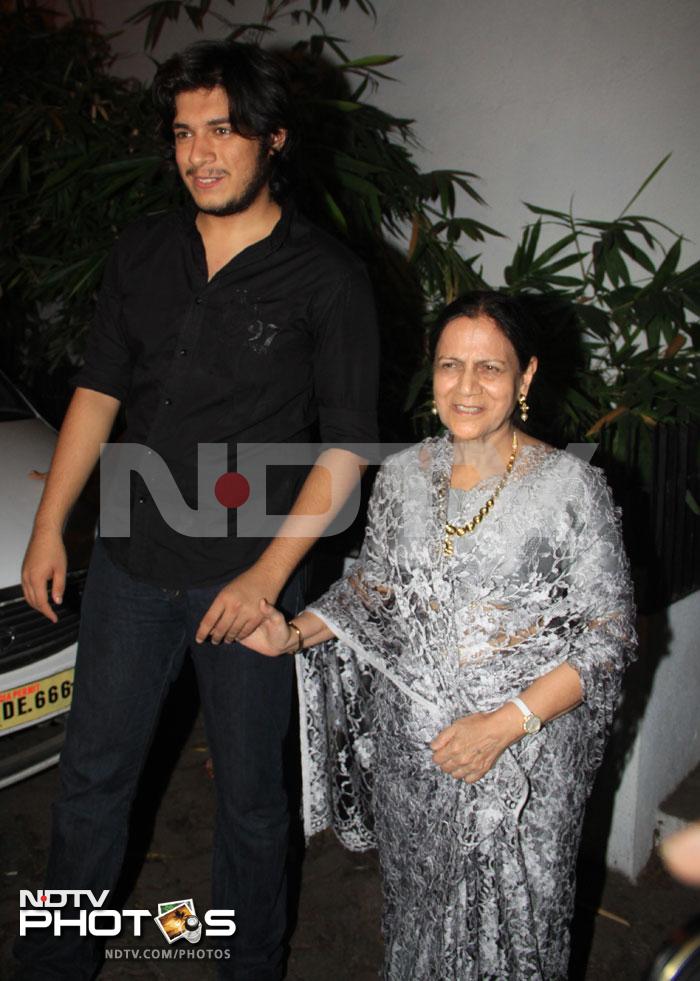 Junaid with grand-mother Zeenat at the bash. 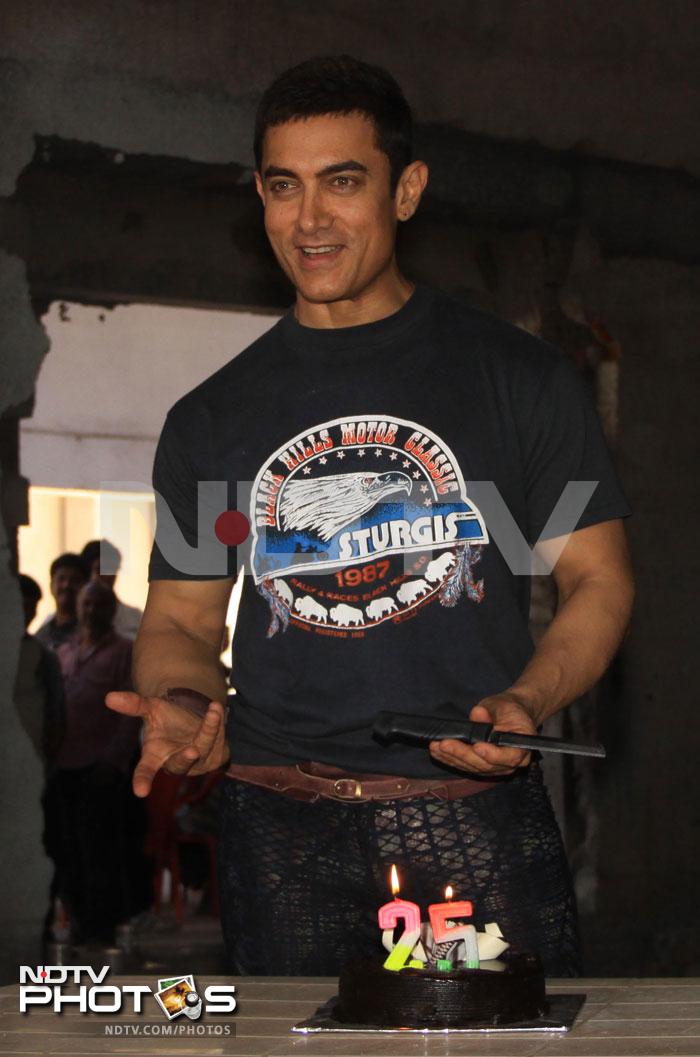 Earlier in the day, Aamir Khan interacted with the media on completing 25 years in Bollywood. 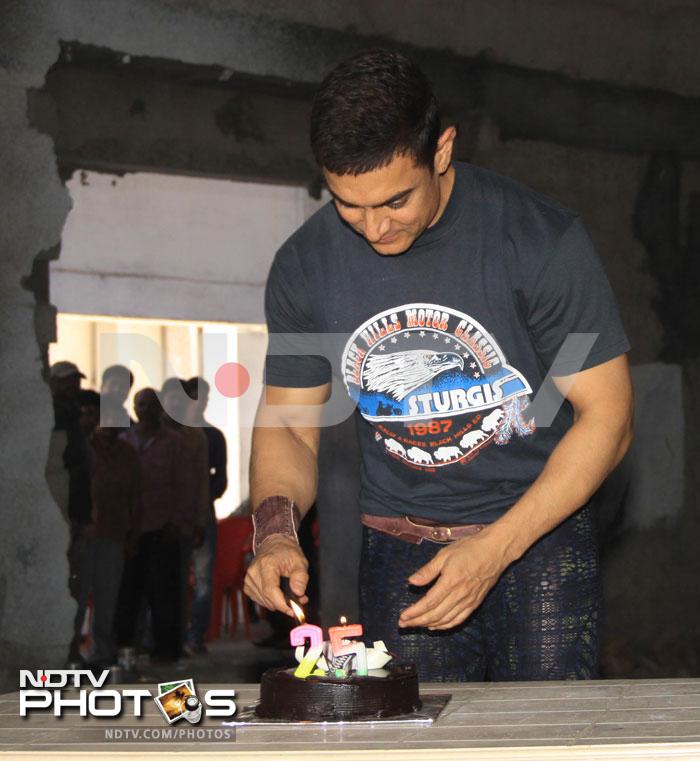 Aamir Khan also cut a cake to mark the occasion.