When Sonakshi Burnt The Dance Floor With Chaiyya Chaiyya

Shah Rukh Khan and Malaika Arora Khan would have been proud to see actress Sonakshi Sinha dancing with full abandon to the tunes of their famous song from Di Se Chaiyya Chaiyya, that featured them dancing atop a train. Shah Rukh Khan and Malaika Arora are likely to be proud to see actress Sonakshi Sinha doing full justice to Chaiyya Chaiyya, the famous Dil Se chartbuster that featured them dancing atop a train. The actress performed the dance number on the sets of Indian Idol Jr. Also seen in the picture are the show's hosts Hussain Kuwajerwala and Asha Negi. Sonakshi, who was a vision in white Abu Sandeep, was all charged up on the occasion. 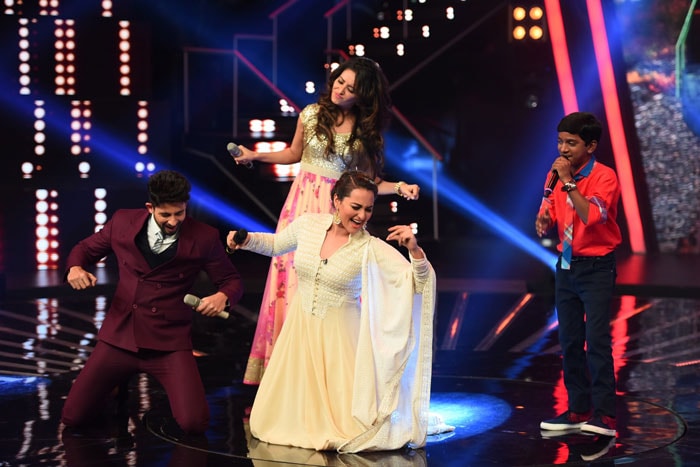 As were Hussain and Asha. 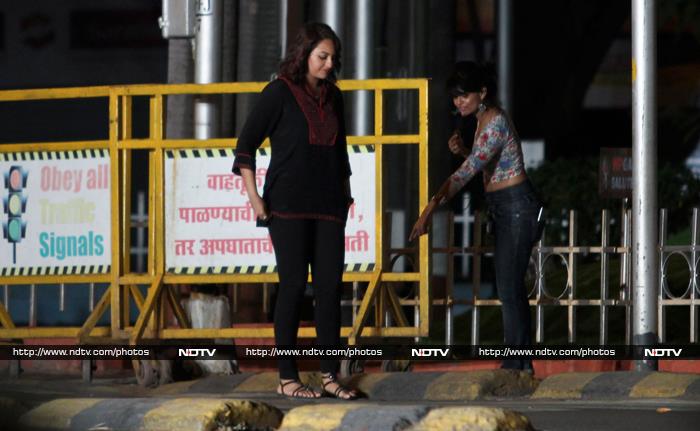 Actress Sonakshi Sinha was spotted shooting for AR Murugadoss' action movie Akira in Mumbai, on June 3. The movie, which also stars Sonakshi's father Shatrughan Sinha in a cameo, is the Hindi remake of 2011 Tamil hit Mounaguru. Sonakshi who was dressed simply in Black, looked all engrossed in her work. 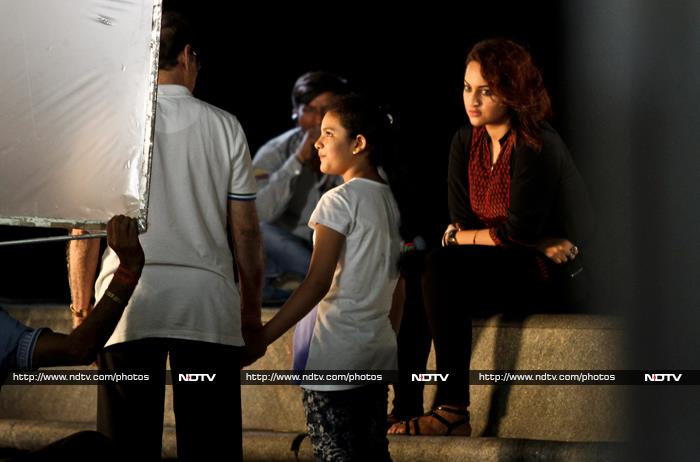 The actress took a moment off.

Coming Up - Life in the Fast Lane With the Junior Dilwala 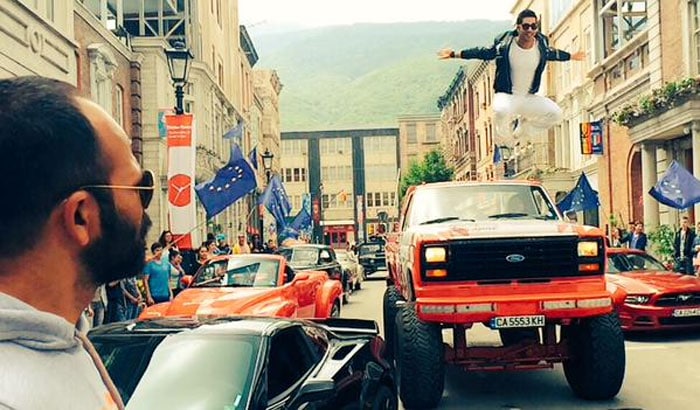 Actor Varun Dhawan, who is shooting for Dilwale in Bulgaria, posted a photograph from the sets of the film in which he is seen performing a stunt atop a monster truck, keenly watched by director Rohit Shetty. The actor reportedly plays the younger brother of the film's lead actor Shah Rukh Khan.

Varun, who tweeted the image, captioned it: #Dilwale monster truck madness. My 13 th song with @remodsouza and the biggest @iamsrk #rohitshetty

Dilwale promises to be a visual feast for car lovers, going by this photograph which Varun shared on Twitter.

The actor wrote: #dilwalemagicon18thdecember #rohitshetty coming this Christmas with all these cars 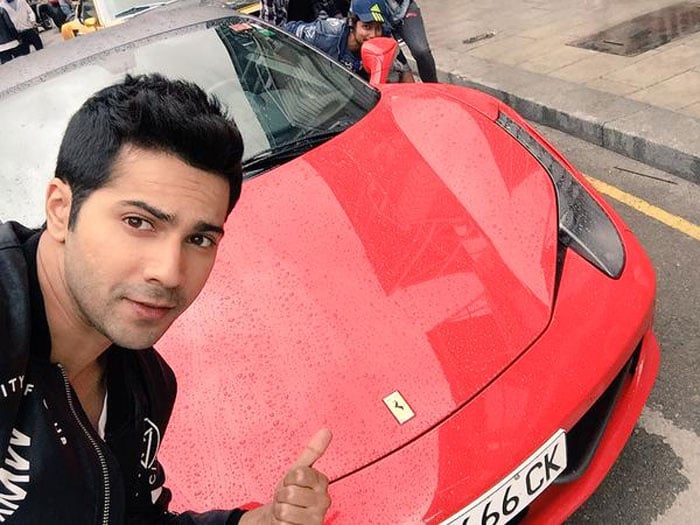 Here's another one of Varun posing with a flashy Ferrari 458.

Varun captioned the image: Me with my 458italia Ferrari #Dilwale #bigbigbig #dilwalemagicon18thdecember Meanwhile, shooting was 'hectic but crazy fun' for Varun's co-star Kriti Sanon. The actress tweeted a group photograph with celebrity photographer Avinash Gowarikar and Rahul Nanda of Red Chillies Entertainment, which is producing Dilwale. She captioned it: Hav never shot the way i did today!! Hectic but crazy fun Madness wid @avigowariker and Rahul Nanda on set! :))

Coming up - On The Sets: Salman-Sonam's Prem; John-Abhishek's Hera Pheri 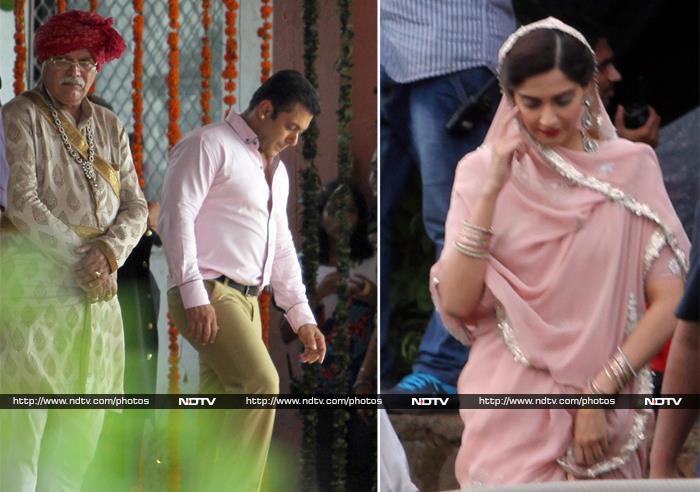 Bollywood superstar Salman Khan was spotted shooting for Sooraj Barjatya's Prem Ratan Dhan Payo in Mumbai on June 25, along with actress Sonam Kapoor. Salman is missing a major chunk of the promotions of his next release Bajrangi Bhaijaan due to the jam-packed shooting schedule. 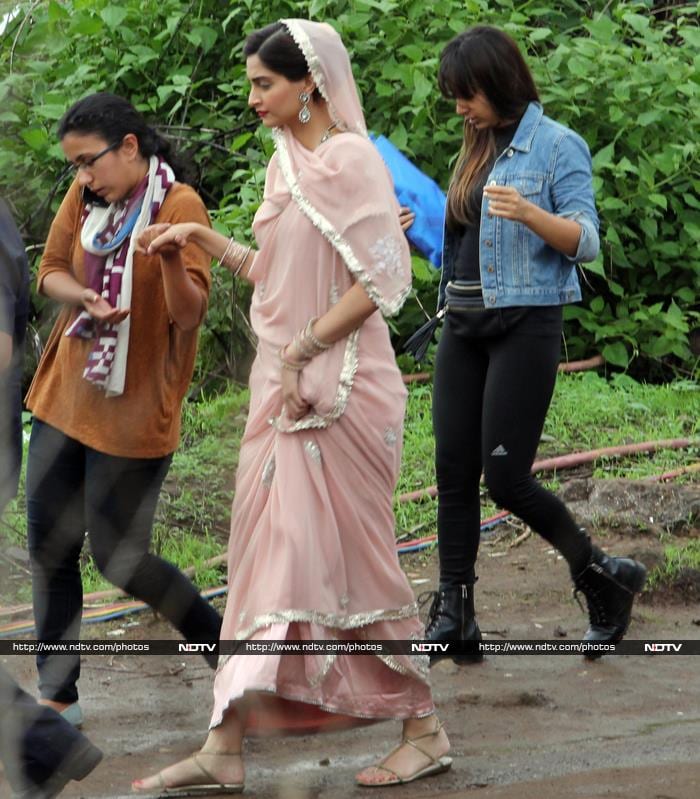 Salman, who is awaiting the release of the Kabir Khan-directed Bajrangi Bhaijaan, looked dashing in beige pants teamed with a blue bandhgala blazer. 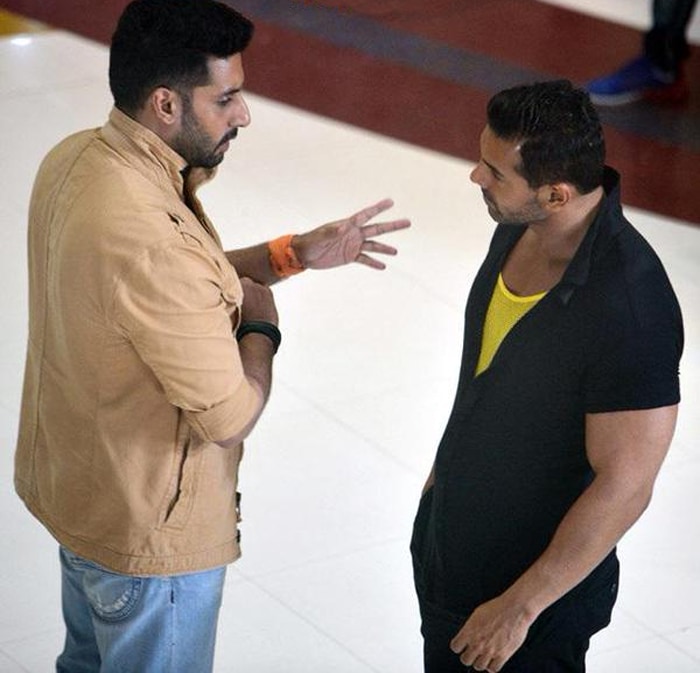 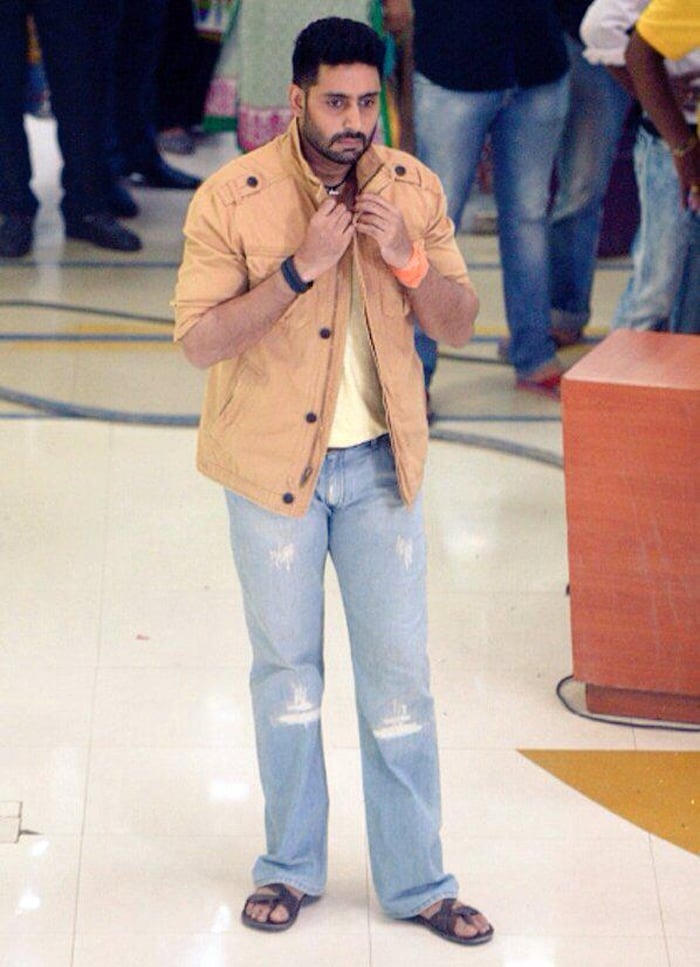 Abhishek looked smart in distressed denims paired with a tee and tan jacket. 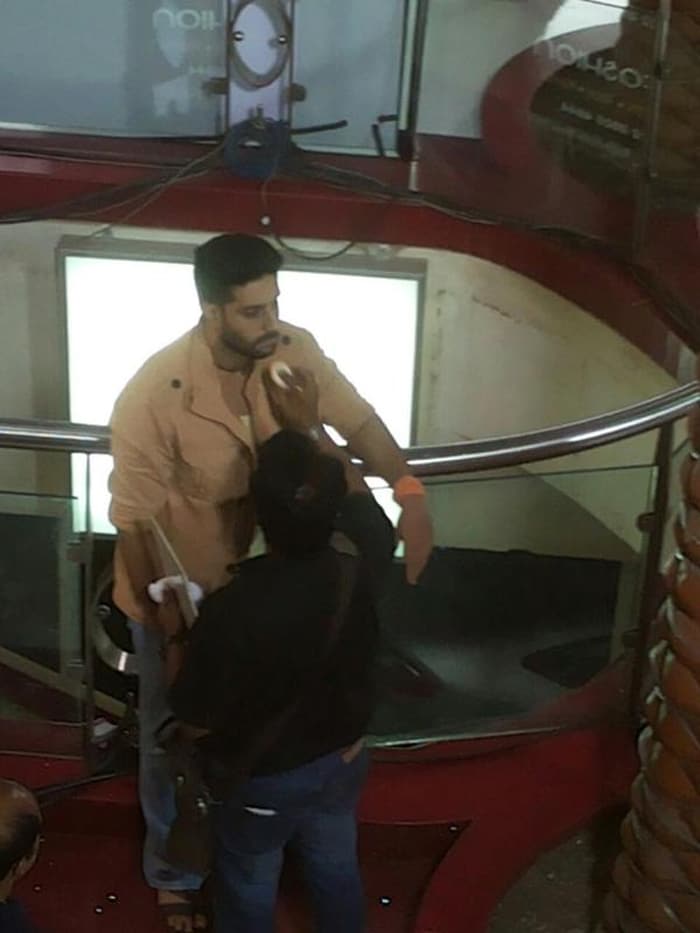 A touch up was in order.