Bollywood actor Shah Rukh Khan, who is still basking in the glory of the success of his blockbuster movie Chennai Express, was in Gurgaon on Thursday, December 5, to launch TAG Heuer's new Carrera Calibre 1887 Chronograph watch. 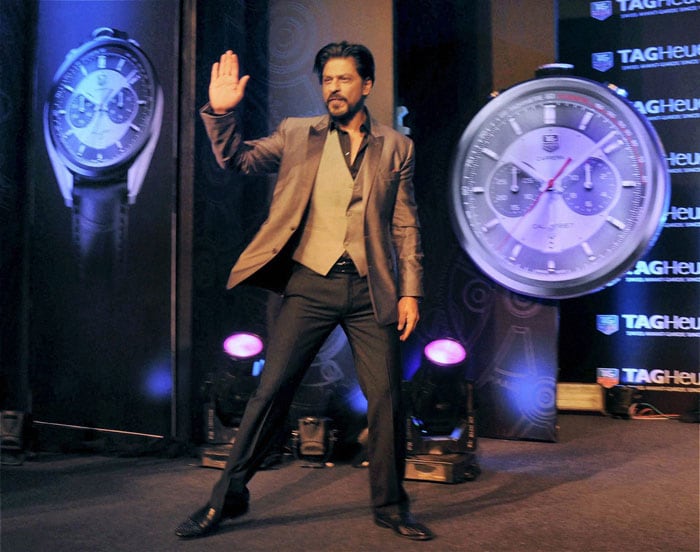 Bollywood actor Shah Rukh Khan, who is still basking in the glory of the success of his blockbuster movie Chennai Express, was in Gurgaon on Thursday, December 5, to launch TAG Heuer's new Carrera Calibre 1887 Chronograph watch.

The actor, who is also the brand ambassador of TAG Heuer, looked dapper in a formal suit.

In this image, SRK can be seen waving out to the audience at the launch event as he enters the stage.

Coming up: Shah Rukh's son is growing up fast 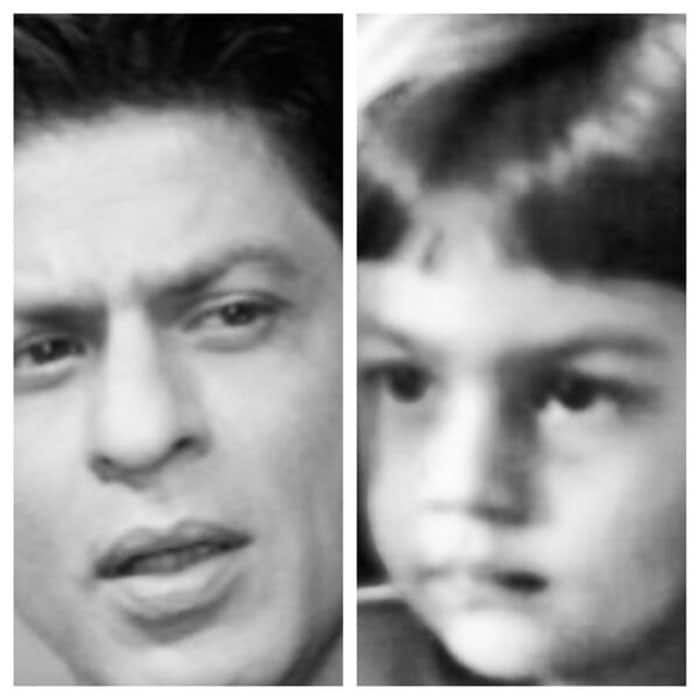 Shah Rukh Khan was already a superstar when his son Aryan was born, two years after the grand success of Dilwale Dulhania Le Jayenge. Over the last few years we've seen Aryan grow up - tagging along with papa to cricket matches, winning taekwondo matches in school and then leaving to study in London. Aryan turned 16 on November 11, 2013 and SRK tweeted this picture reminding us how time has flown and that Aryan is a big boy now.

He posted, "My little son has turned 16 today & I hope he learns fast that "Tomorrow always comes and today is never yesterday.""

Words of wisdom from father to a son.

Ahead: Gauri Khan could have been a ‘Yash Chopra heroine' 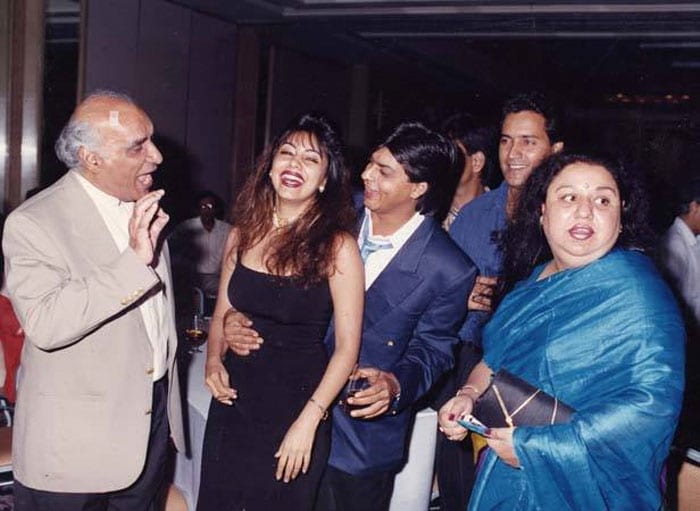 She may have been content to stay off the big screen, but this picture of Gauri Khan shows just why the late, great Yash Chopra would have done well to cast her opposite his favourite actor and her husband, Shah Rukh Khan..

We stumbled upon this picture of the late filmmaker sharing a candid moment with real life hit jodi actor Shah Rukh Khan and wife Gauri. Also seen in the picture, is screenwriter Honey Irani.

Ahead: Want my K-K-Kiran: SRK to Mammootty, Mohanlal 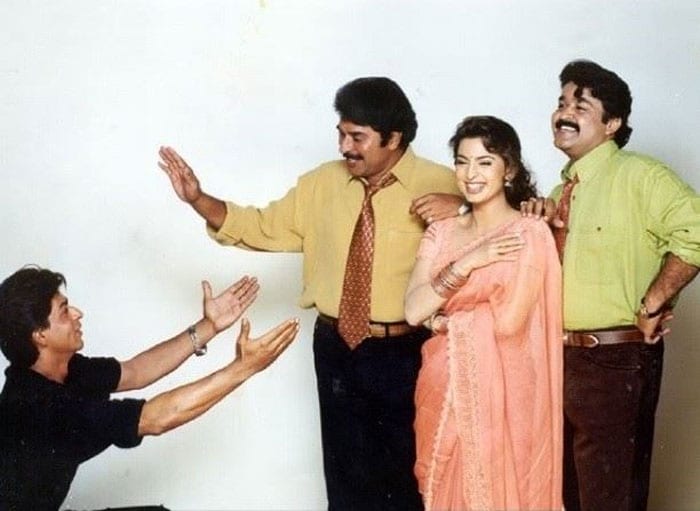 It's rare to find a photo starring the biggest stars of Bollywood and down south, and this one is an oldie but a goldie. We stumbled upon this picture of the baadshah of Bollywood, Shah Rukh Khan, sharing a candid moment with southern big-wigs Mammootty and Mohanlal, and his Darr co-star Juhi Chawla.

Looks like SRK is asking the actors to give him his Juhi back.

Ahead: Devdas has a rose for his Ash 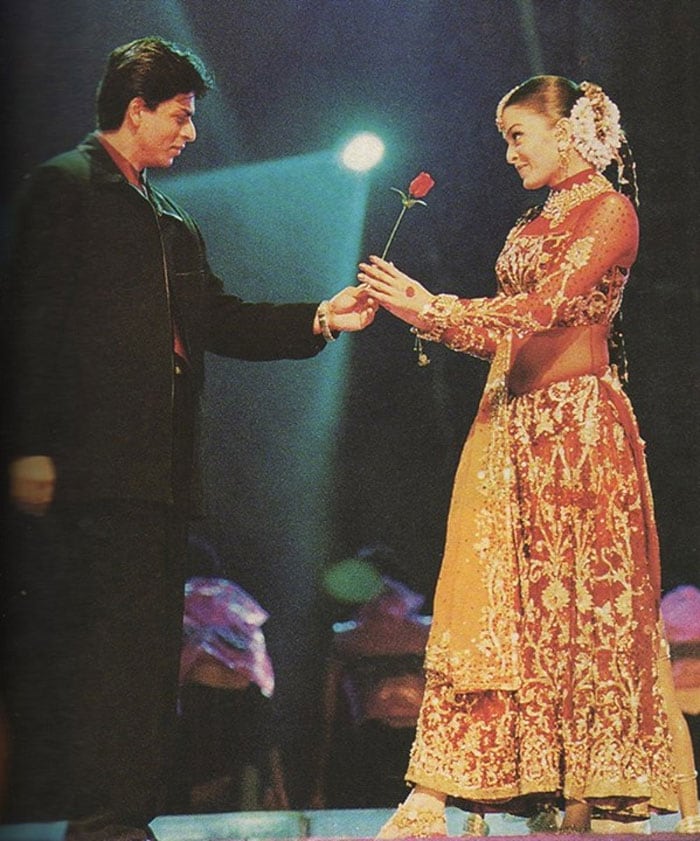 Bollywood actor Shah Rukh Khan looks the perfect Devdas as he offers a rose to actor Aishwarya Rai Bachchan while performing at the Filmfare awards 2001. Ash and SRK had performed a popular song sequence from their film Mohabbatein. They followed it up with an equally successful pairing in Devdas the next year.

In 2003, Ash and SRK reportedly fell out after she was ousted from his film Chalte Chalte when then-boyfriend Salman Khan showed up on set and created a scene. However, the actors have reportedly mended their once-broken relations recently. This picture reminds us of the happy days before, and we'd like them back together on the big screen.

The image was posted on Facebook by World Of Aish (WOA) 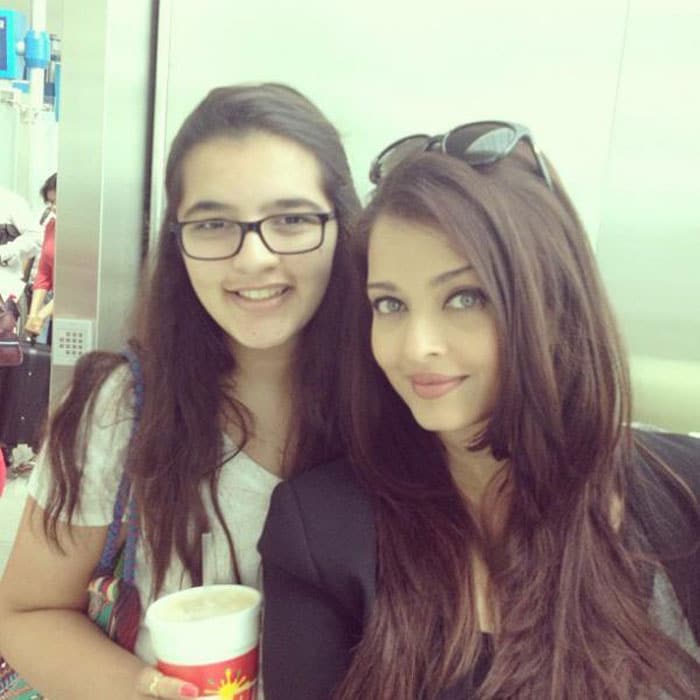 Actress Aishwarya Rai Bachchan made one her fans happy when she agreed to get herself clicked with her. We definitely couldn't avoid noticing the sparkle in her eyes while posing for the picture. Ash, for sure, knows how please the people who love her.

Ahead: Queen of hearts Aishwarya After daughter Aaradhya's first birthday, the actress seems to gradually be making a comeback in the public domain. 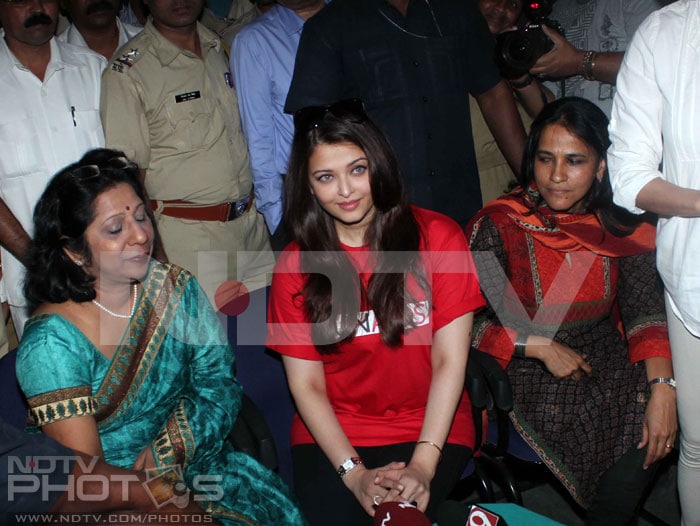 Aishwarya is the goodwill ambassador for UNAIDS. 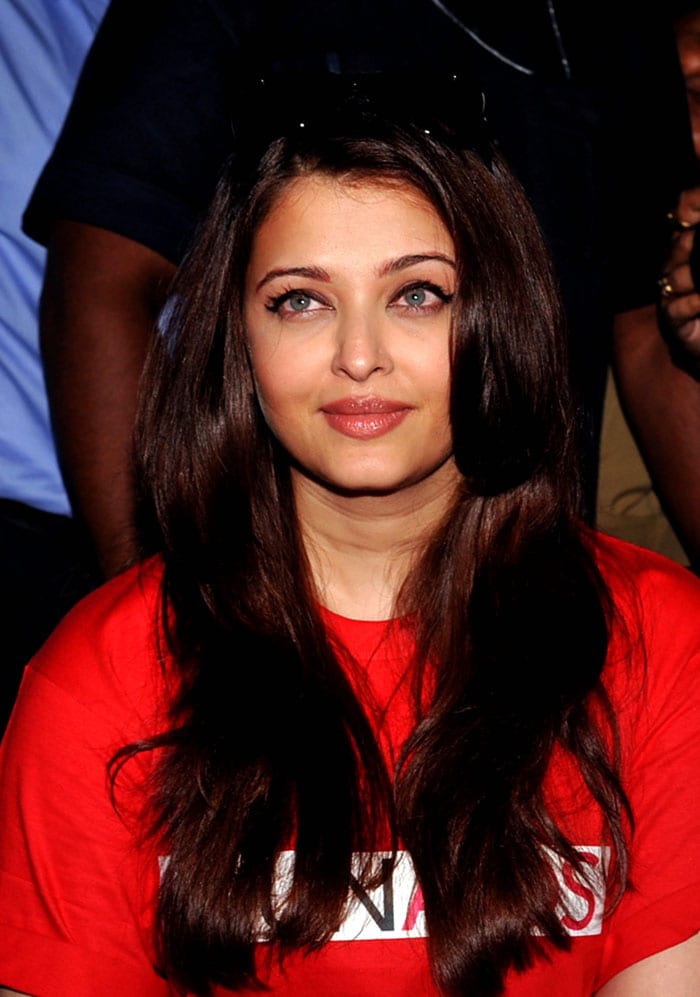 The actress looked beautiful even in a casual red shirt with simple make-up. Who cares about make-up anyways when we have those beautiful green eyes to behold. 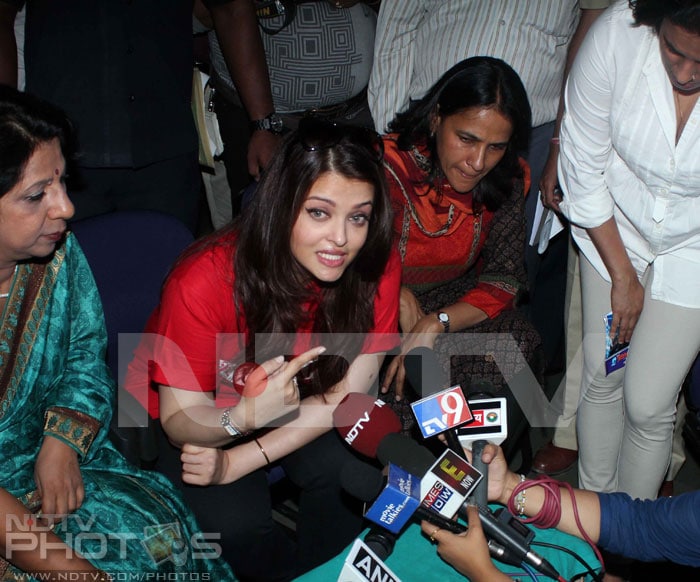 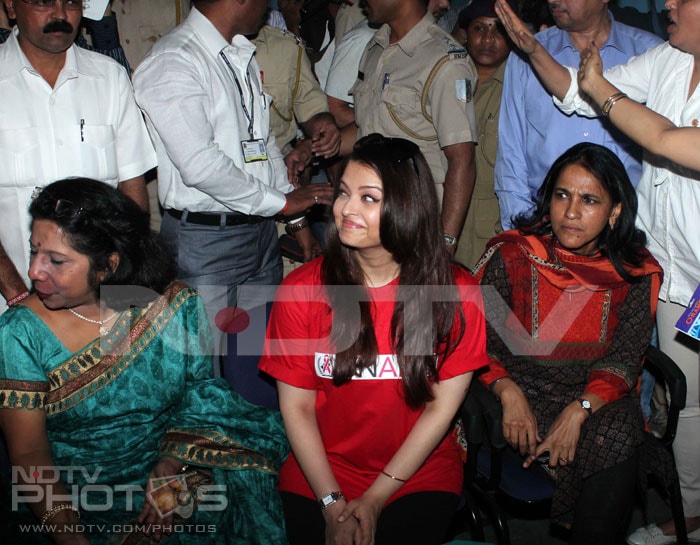 And who is the lucky person on whom Ash is turning her million dollar smile. 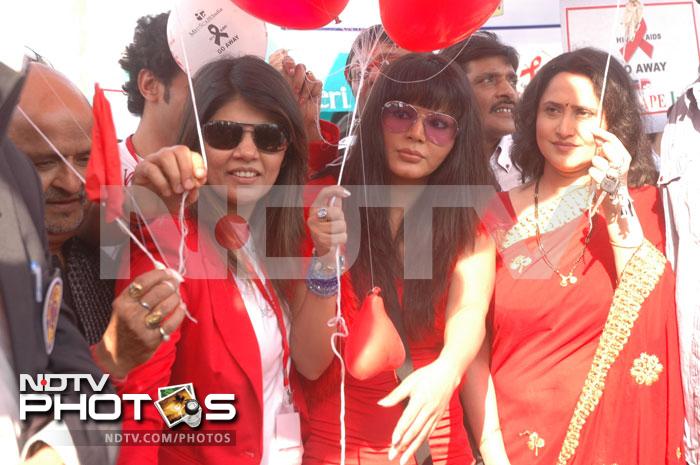 Rakhi Sawant also joined the case of promoting AIIDS awareness by participating in a rally organised by a doctor. 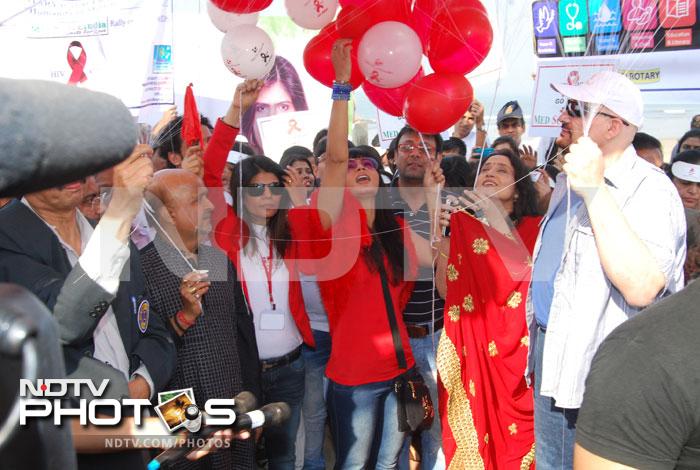 The actress even gave a speech on the issue and released balloons with the slogan- “HIV AIDS GO AWAY.” 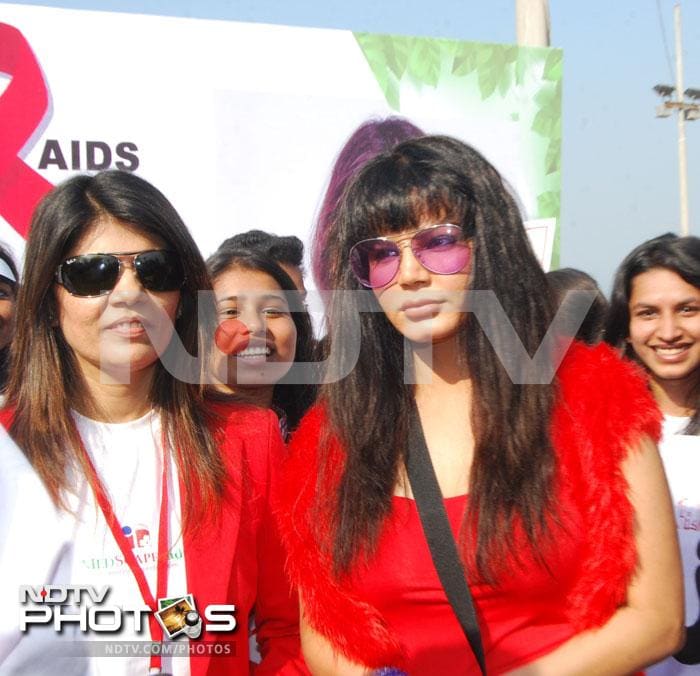 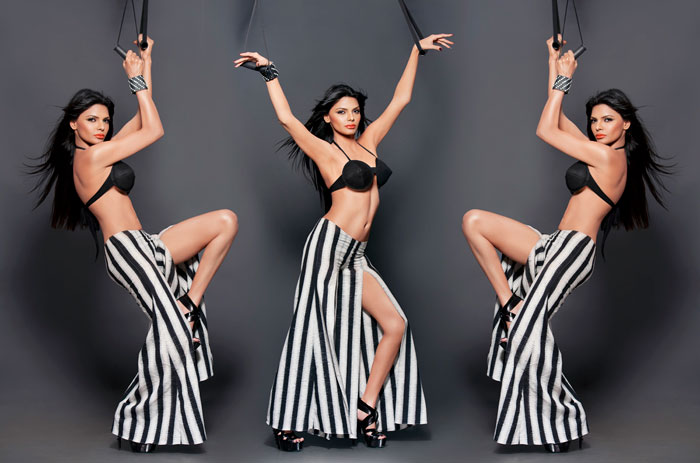 The actress was also in the news recently for bagging a role in Kamasutra 3D, to be directed by Rupesh Paul. 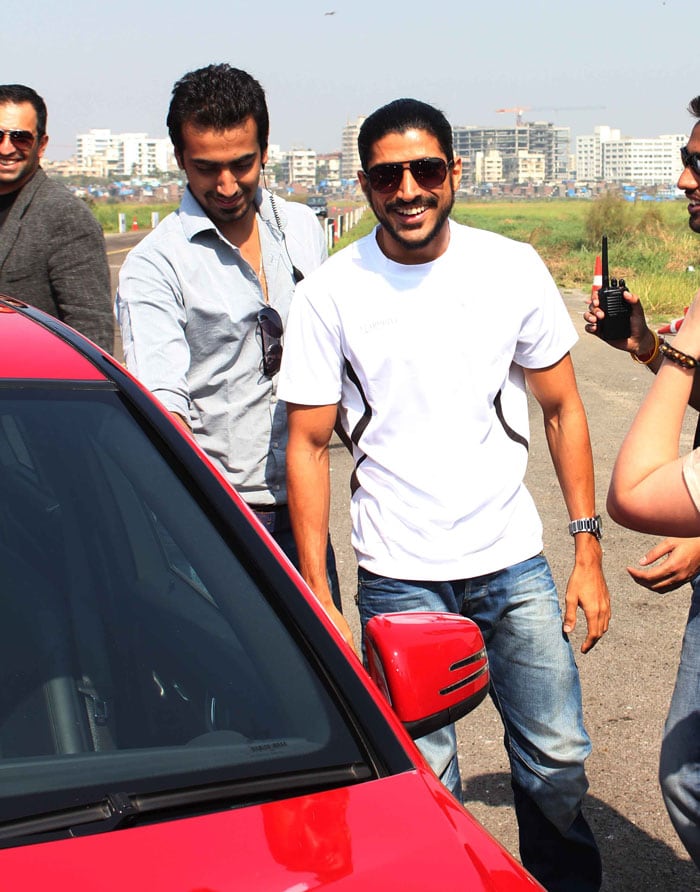 Bollywood actor and director Farhan Akthar, who has been busy shooting for Bhaag Milkha Bhaag based on the life of Indian athelete Milkha Singh, was the star attraction at the grand-finale of Stardrive Experience. 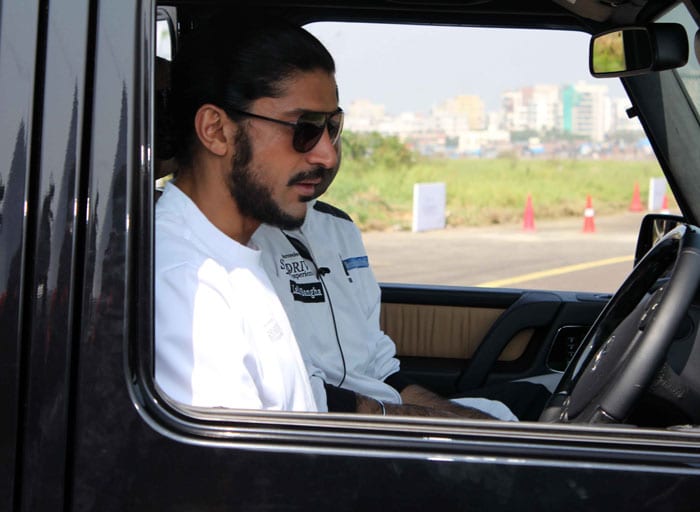 Farhan looks like a formidable contestant on the wheels. 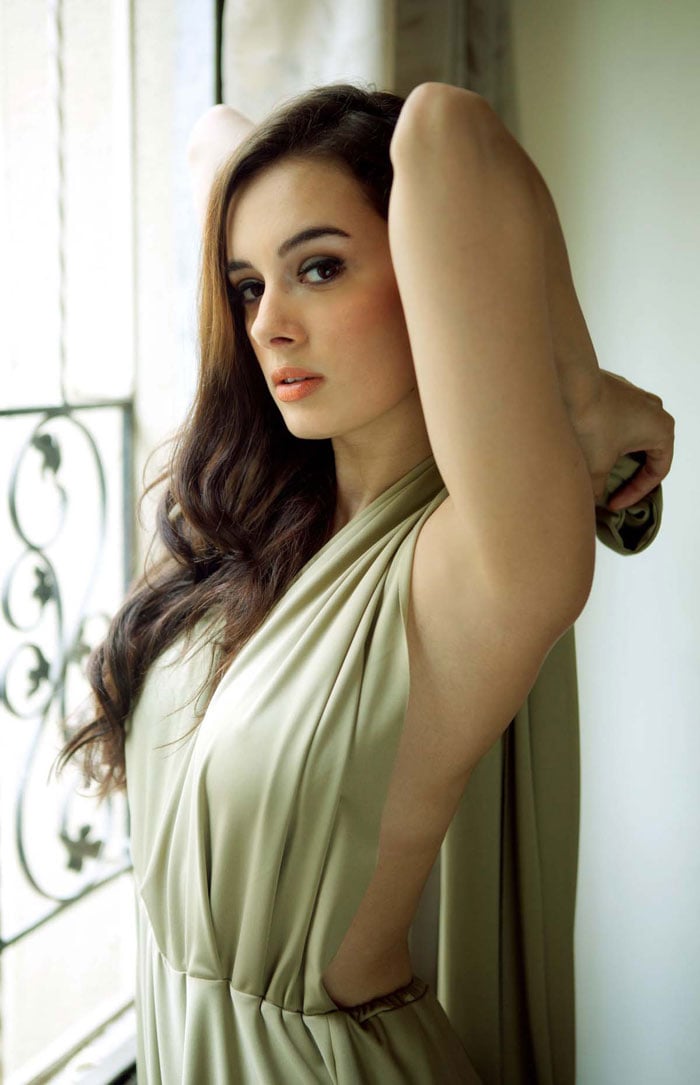 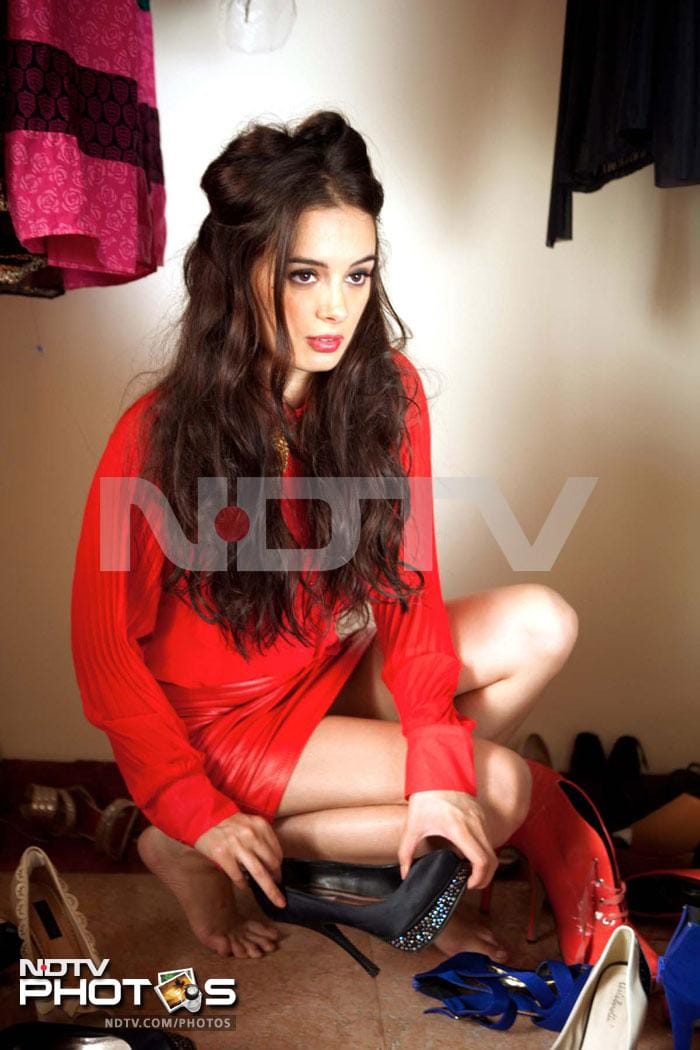 The actress looks lovely in this short red number as she readies for the event. 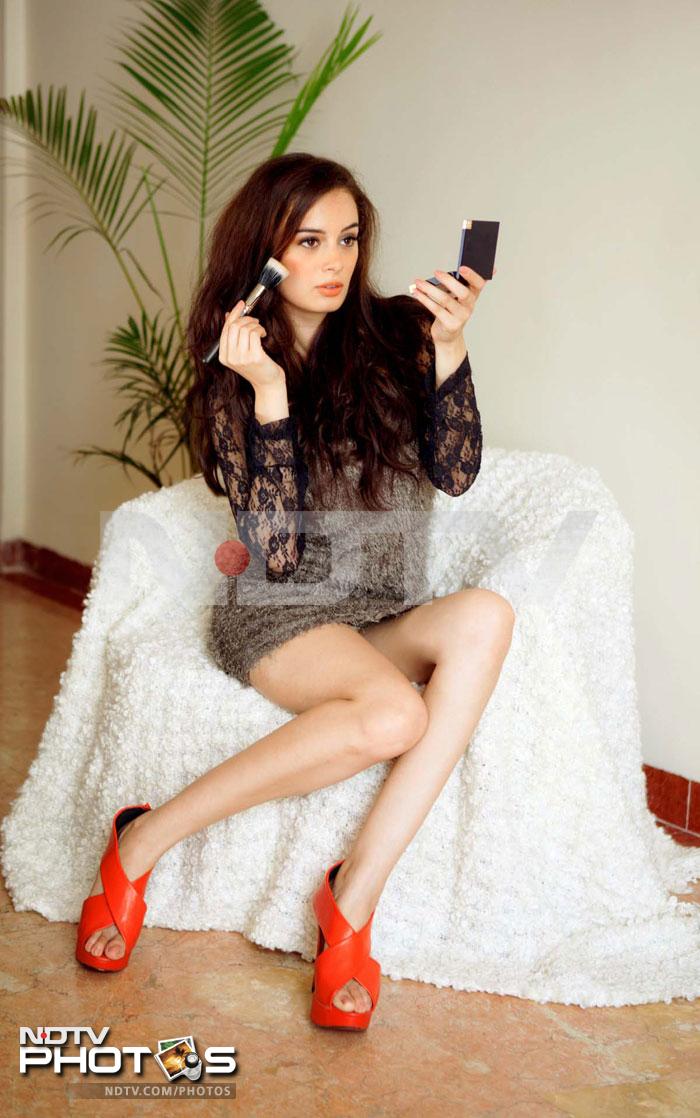 Evelyn will be seen in four movies next year- including the much awaited Yeh Jawani Hai Deewani in which she is co-starring with Ranbir Kapoor.