Actor Raj Kiran's daughter Rishika has said that reports of her dad found in Atlanta mental hospital are not true. She also said that since her father was very private about his family, it became very difficult for them to decide whether to reveal the truth or not. 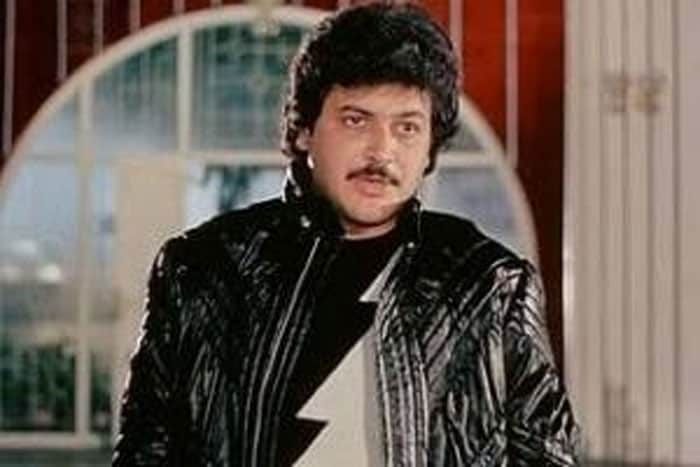 Actor Raj Kiran's daughter Rishika has said that reports of her dad being found in a mental-health institute in Atlanta, are not true.

In May, there were several reports of Rishi Kapoor and Deepti Naval having tracked the actor to Atlanta. Abandoned by his family, the reports said Raj Kiran was admitted to a mental-health institute, paying for his own treatment.

"He is not in Atlanta. We have been looking for him for over eight years. We have involved the New York police and hired private detectives to find him. But he's not been found," the actor's daughter has now said.

As the story gets more tragic, we can only hope that the family finds Raj Kiran soon.

Ahead, a recap of earlier events. 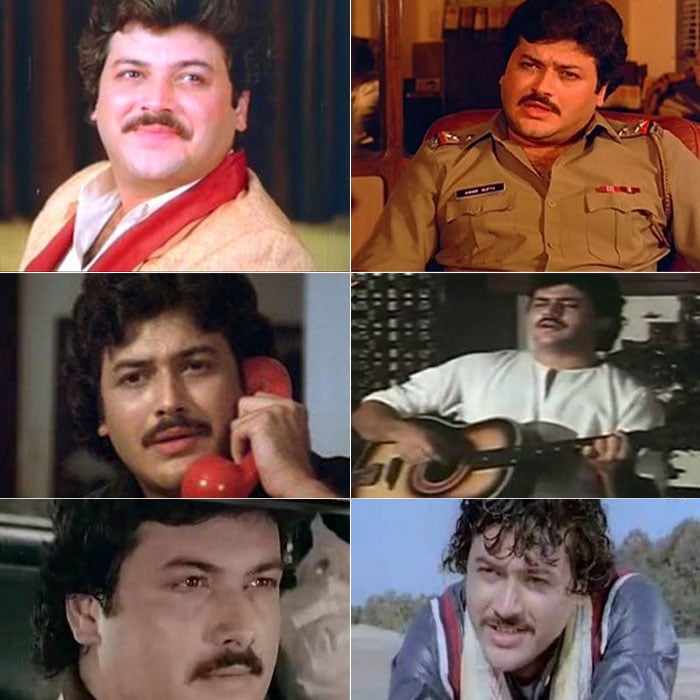 Raj Kiran, the actor many in the industry recall as soft-spoken, cultured and witty, went missing, even assumed dead, for over a decade. Recently there were reports that a persistent search by some of his co-actors, led by Deepti Naval and Rishi Kapoor, traced the actor to an asylum in Atlanta. Abandoned by his family, the actor has been left to fend for himself.

After the heartrending story, here are the memories of the man who played memorable roles in blockbusters such as Karz and Hip Hip Hurray. 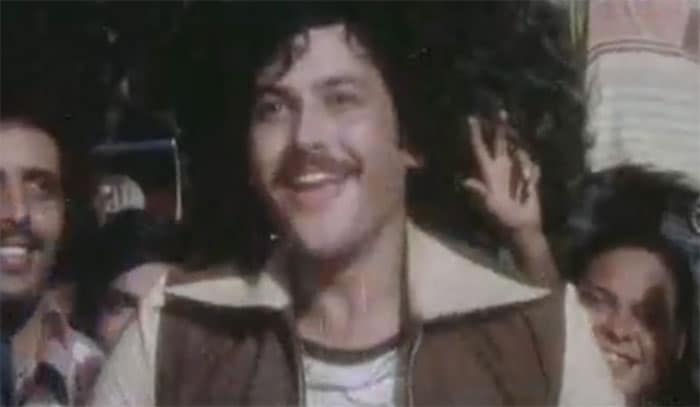 Raj Kiran played the indolent son of a businessman in the 1979 film, Shikshaa. 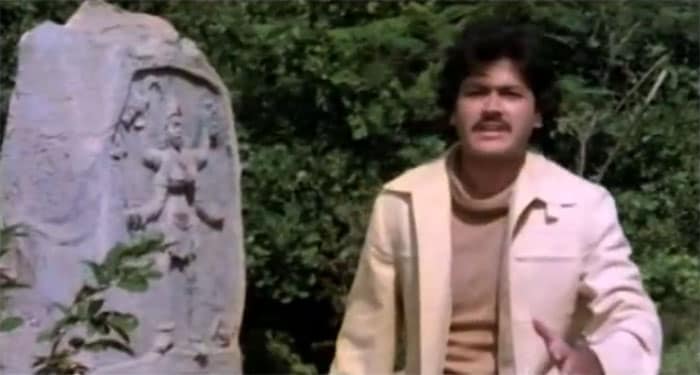 In the 1980 blockbuster Karz, Raj Kiran played Ravi Verma, a rich man murdered by his wife. Ravi Verma is reborn as Monty, played by Rishi Kapoor.

A few spinoffs tried to recreate the magic of Karz, none came close. 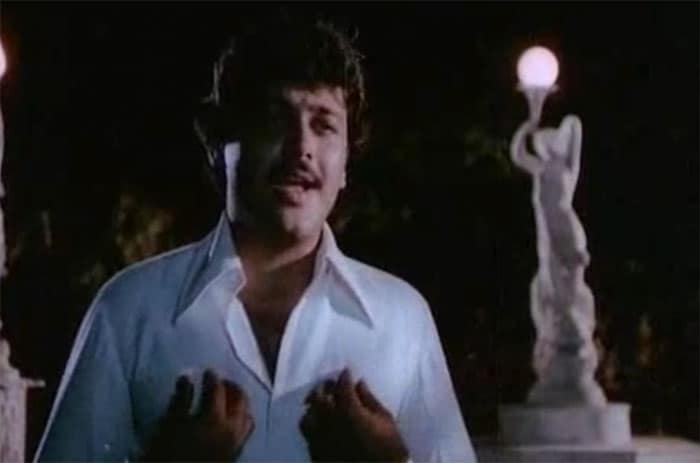 The same year (1980) saw Kiran as a young and enthusiastic Ajay Choudhary in Maan Abhiman. The song Ek But Se Mohabbat Karke from the film was a hit. 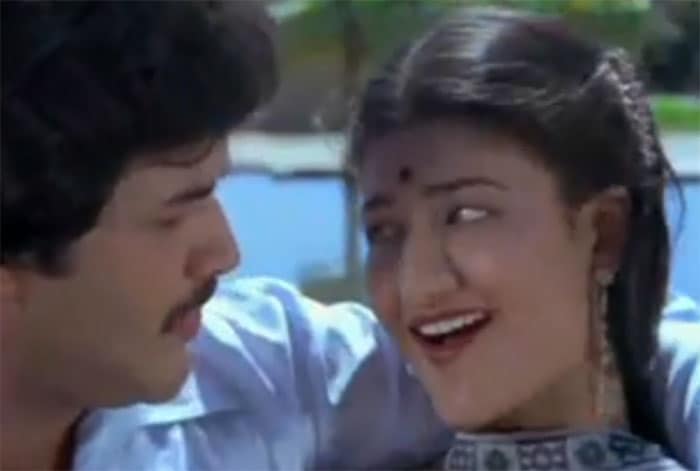 Directed by Narayana Rao Dasari, Yeh Kaisa Insaf? was yet another 1980 release. Raj Kiran played the role of Shankar, who is hopelessly in love with Sudha, played by Sarika. The movie also had Shabana Azmi in a prominent role. 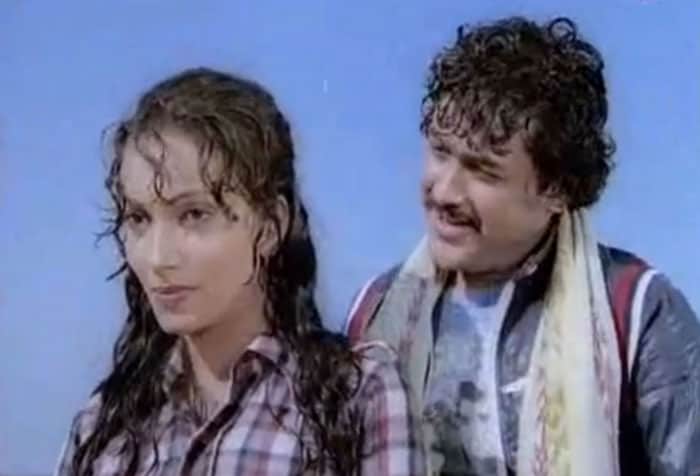 A film that pushed the bounds of social-awakening, the 1980 film Patita had Raj Kiran marry a prostitute played by Shoma Anand. But that happened only post their battle of social obstacles and parental pressure. 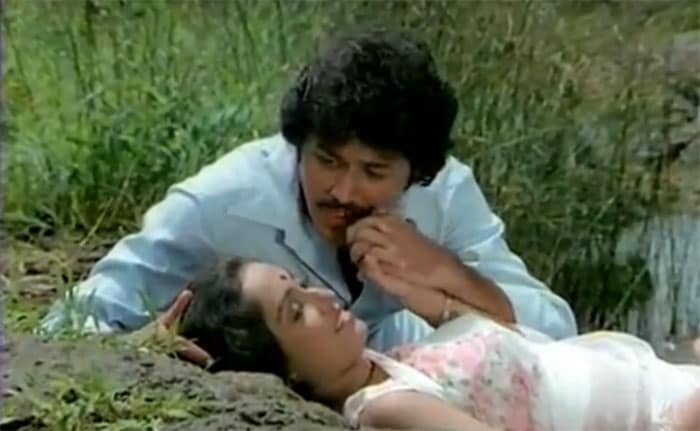 Arth (1982) was among the most popular films to Raj Kiran's name. A Mahesh Bhatt creation, the star-cast included Shabana Azmi, Kulbhushan Kharbanda and Smita Patil. The romantic drama revolves around a woman's search for her identity. Along with the storyline, the film made quite the ideal package with songs like Tum Itna Jo Muskura Rahe Ho, sung by Kiran's character. 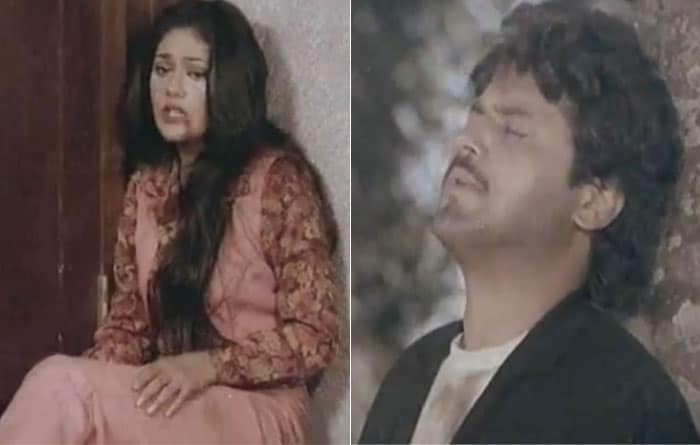 In 1983, Sun Meri Laila was released. Directed by Chander H Bahl, it starred Raj Kiran, Deepika (as his love interest), Birbal and Iftekhar.

Raj Kiran was seen as Dr Vicky in the multi-starrer Ghar Ek Mandir (1984). One of his most memorable films was the Prakash Jha film Hip Hip Hurray. This 1984 film cast him opposite Deepti Naval. 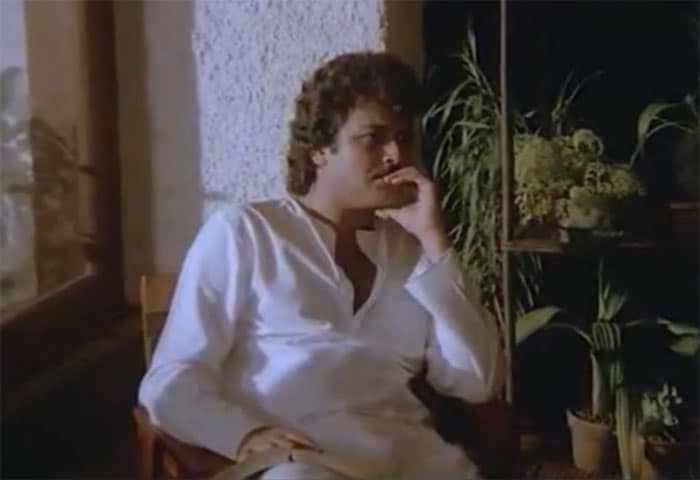 With over a dozen films to his name, Kiran played a wealthy alcoholic womanizer in the 1988 film Ek Naya Rishta. 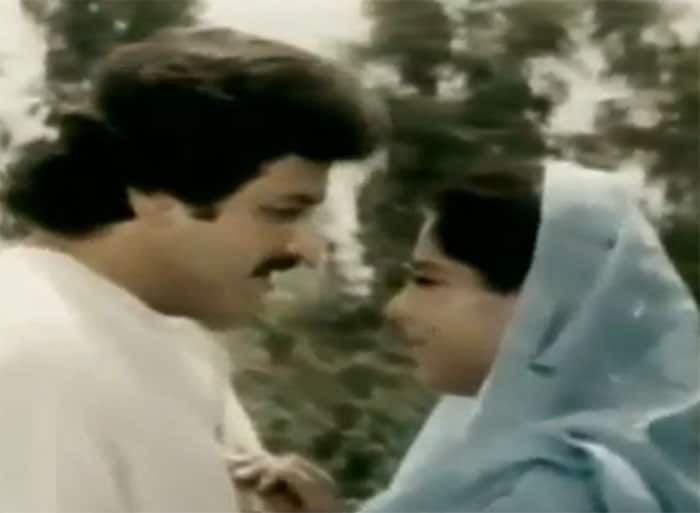 As news of Raj Kiran's plight spread in the industry, Bollywood stars and others reached out to the beleaguered actor. Click on. 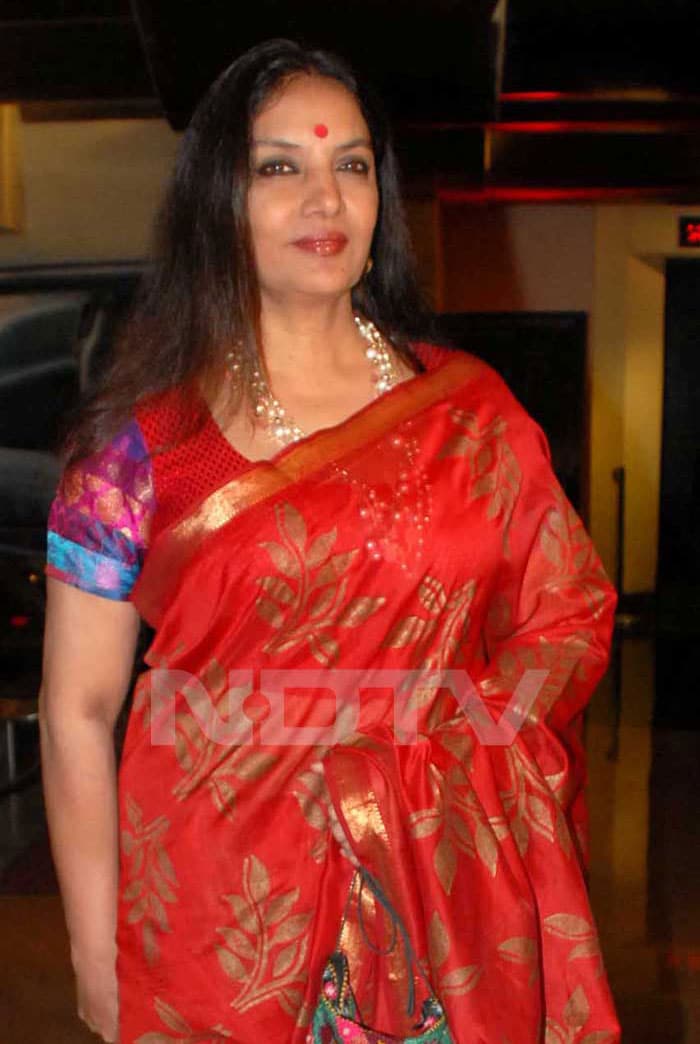 Veteran actress Shabana Azmi, who acted alongside yesteryear actor Raj Kiran in the 1982 film Arth, said she was hopeful that he would recover from his mental illness.

"I was very saddened to learn about Raj Kiran - who has been my colleague - having been found in the mental asylum in Atlanta (US)," Azmi told reporters. 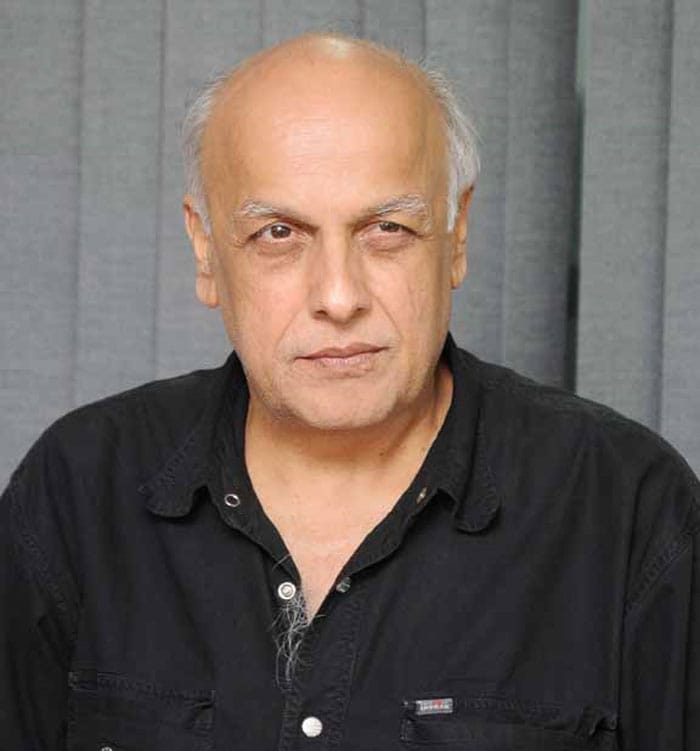 Mahesh Bhatt was not surprised at the news, as he last met Raj Kiran 12 years ago at a mental institution in Mumbai. "The man I knew had withered.," the Arth director said. 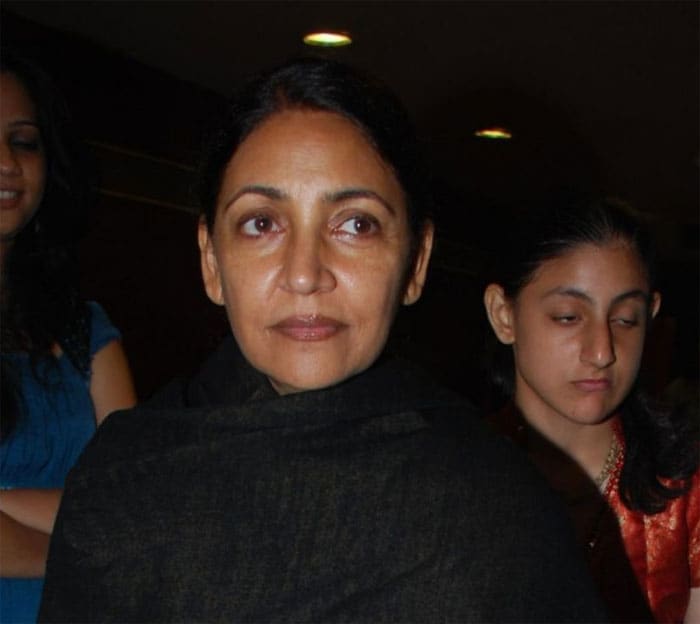 His Waaris co-star Deepti Naval, responsible for pushing the search for him, is just glad that he is okay. Shah Rukh Khan said, "I don't know the details...but of course we will come together as an industry to help his family and him. These are tough times, and it's not just about economical or monetary help. It actually means to stand by a great talent and he is still an amazing talent, I'm sure."
"And Inshallah, he will be cured of whatever ailment he has. It's really sad...and I can say on behalf of the industry that we will all stand by Mr. Raj Kiran. I was really stunned when I heard this. As soon as I reach back Mumbai, I will find out what I can do," he added. 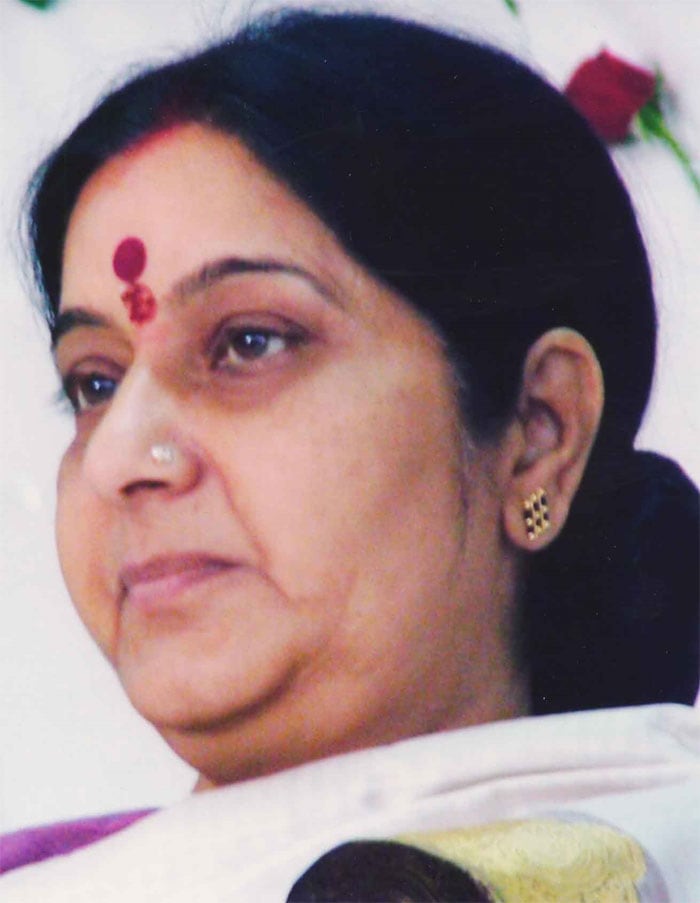 Bharatiya Janata Party leader Sushma Swaraj posted on Twitter: "It is a matter of great satisfaction that actor Raj Kiran has been traced after 10 long years. Unfortunately, he is in a mental asylum in America. We should make all efforts to bring him back to India. Our film fraternity should do everything possible for his treatment so that he can lead a normal life. Thanks to Rishi Kapoor and Deepti Naval for all their efforts to locate him." 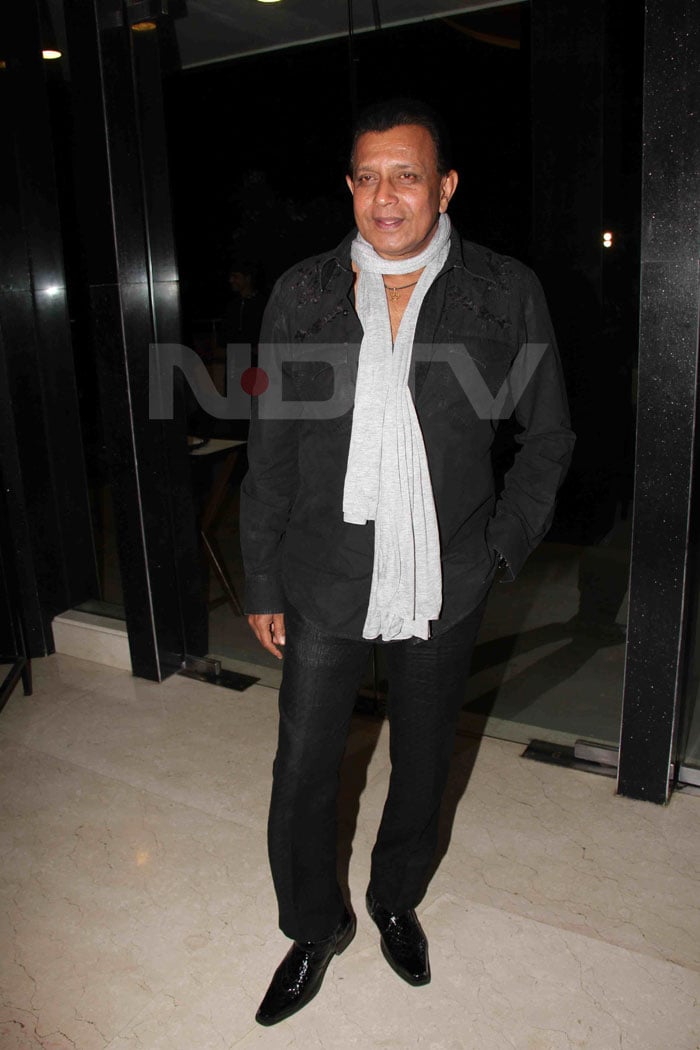 Mithun Chakraborty said: "I have worked with Raj Kiran in many films and it is very sad news. I pray he gets well soon." South Indian actor Siddharth posted on Twitter: "Sad to hear about Hindi film actor Raj Kiran. He was found in an asylum in Atlanta. I remember always being told that he was dead. Sad. The entertainment world has the scariest stories of descents from popularity and prosperity to ruins, and they remain as just tabloid fodder. I've only been in this business for 10 years, but I've never been confused about the fickle and false nature of fame. One day it'll be gone. So, family and real friends are the key. People who clip your wings when needed and will catch you when you fall - always grateful for that..." 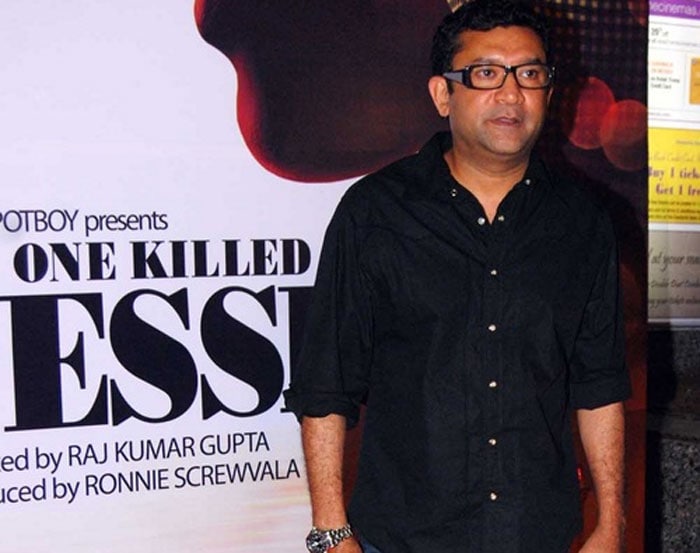 Ken Ghosh tweeted: "What happened to Raj Kiran reminds me that for every success story in the film industry, there are a million sad stories."