Dressed in a blue jacket and carrying a matching backpack, Britain's Prince George was the picture of cuteness on his first day at the Westacre Montessori nursery school, Norflox on January 6. 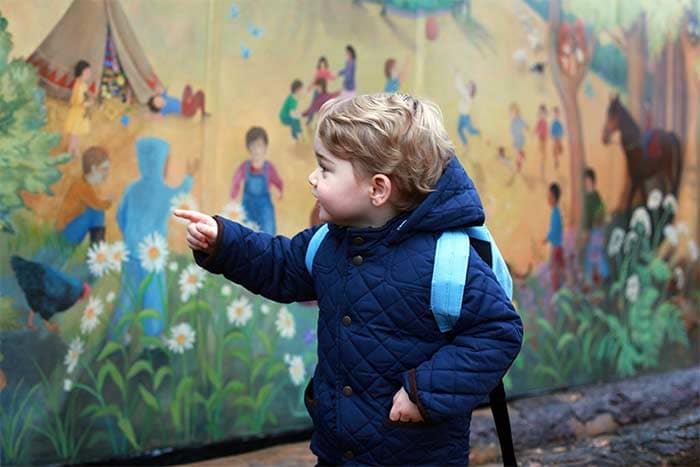 Dressed in a blue jacket and carrying a matching backpack, Britain's Prince George was the picture of cuteness on his first day at the Westacre Montessori nursery school, Norflox on January 6.

In this picture, the two-year-old toddler smiles at a brightly-coloured mural. The pictures of Prince George, who is the third in the line to the throne, were taken by his mother Kate Middleton as she and Prince William dropped him off for his first day at nursery. 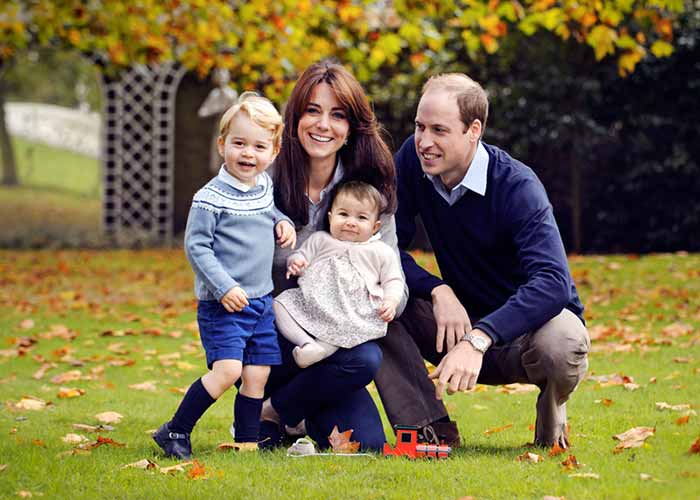 A new picture released by Prince William and Kate Middleton shows them with their children Prince George and Princess Charlotte in the garden at Kensington Palace. The photograph, which was taken in October, is perhaps the first public picture which features William and Kate with both their children. The couple also announced that Prince George, two, would go to the Westacre Montessori School Nursery in Norfolk from January.

Coming up - Princess Charlotte at 6 Months, Captured by Her Mother Kate 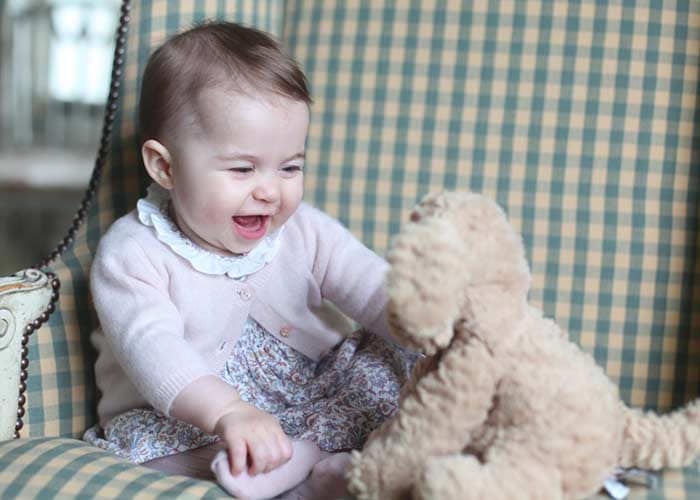 Prince William and Kate Middleton's six-month-old daughter, Princess Charlotte, is cuteness personified as she plays with her toy dog in this picture released by the Kensington Palace on November 29. 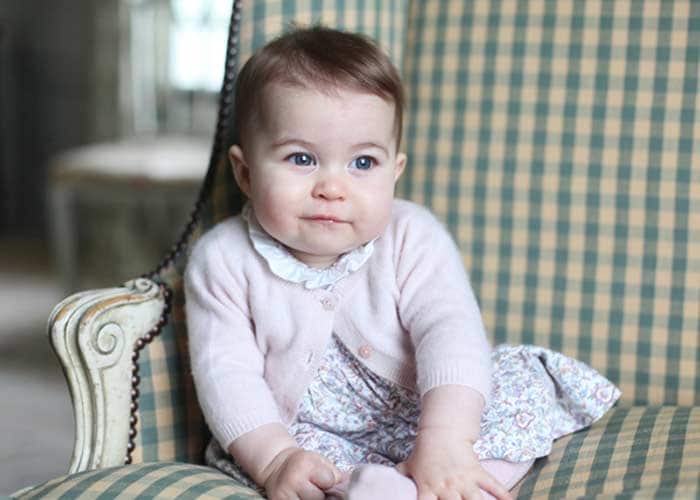 The pictures of little Charlotte, adorable in a floral dress and pink cardigan, were taken by Kate Middleton at the family's country retreat in Norflock. The princess, whose full name is Charlotte Elizabeth Diana of Cambridge, is fourth-in-line to the throne after her grandfather Prince Charles, father Prince William and brother Prince George.

Coming up - Prince George's Kodak Moment With His Royal Family 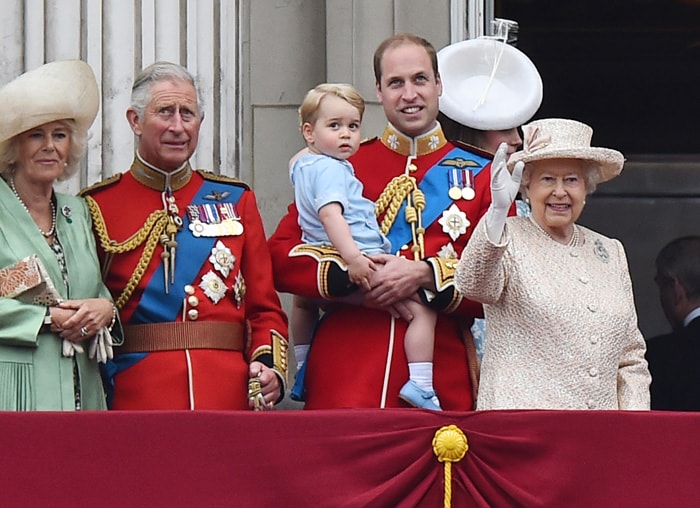 Britain's Prince George had excitement written all over his face as he watched his first 'Trooping the Colour' parade to mark his great grandmother Queen Elizabeth II's birthday in the UK on June 13. His mother Kate Middleton also made her first royal appearance since the birth of his sister Princess Charlotte last month. 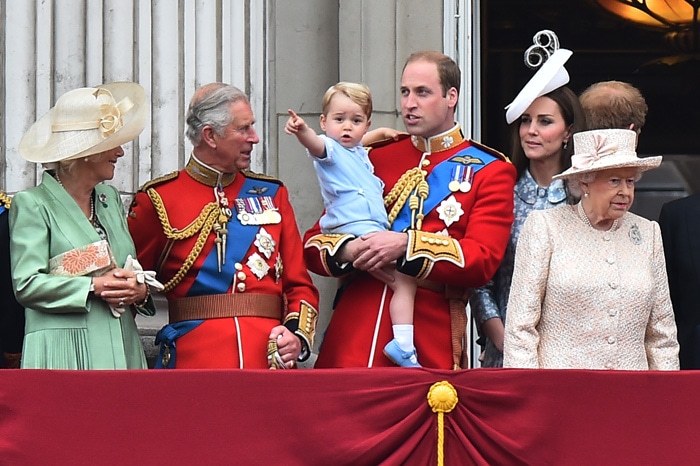 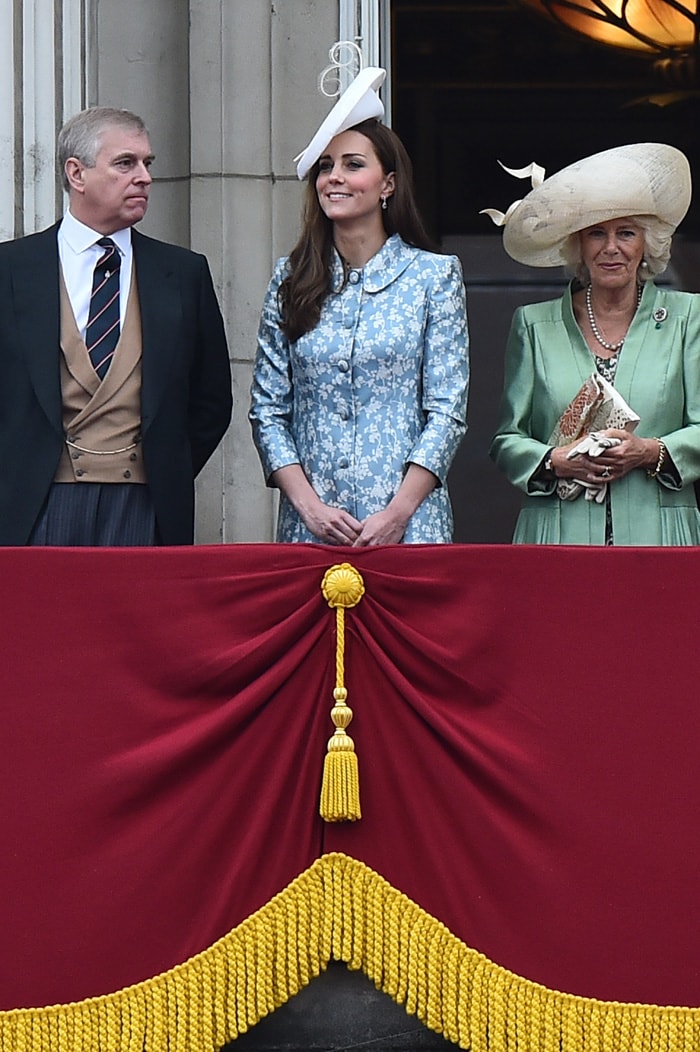 Kate was radiant in a light blue coat dress by Catherine Walker and a Lock & Co white fascinator hat. 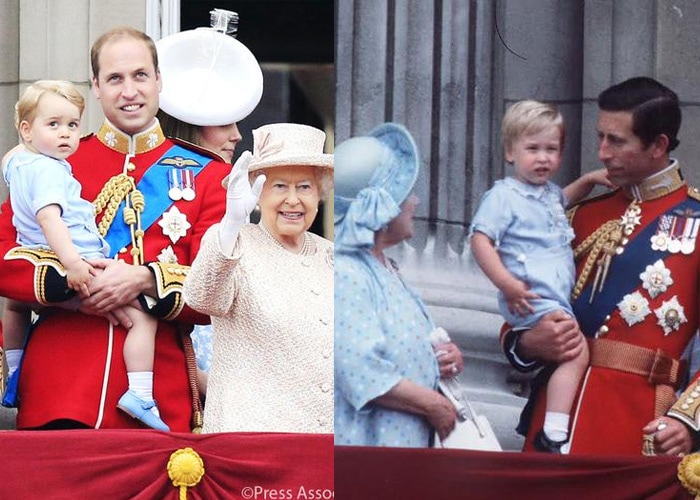 Prince George who was dressed in a shade of blue similar to his mother's, wore the same outfit his father wore at HM's Birthday Parade in 1984. 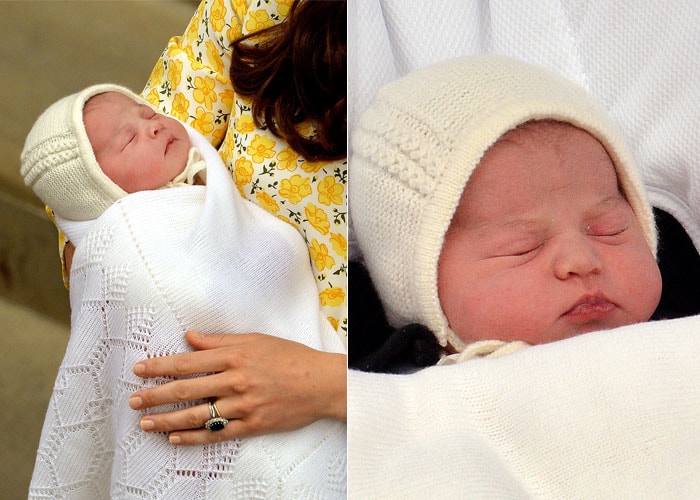 Those who betted on the newest addition to Britain's royal family being named Alice just lost their money. Prince William and Kate Middleton have named their newborn daughter Charlotte Elizabeth Diana. Kensington Palace tweeted today that the baby will be known as: "Her Royal Highness Princess Charlotte of Cambridge."

There had been speculation that the couple would include the name of Diana in honour of Prince William's mother. 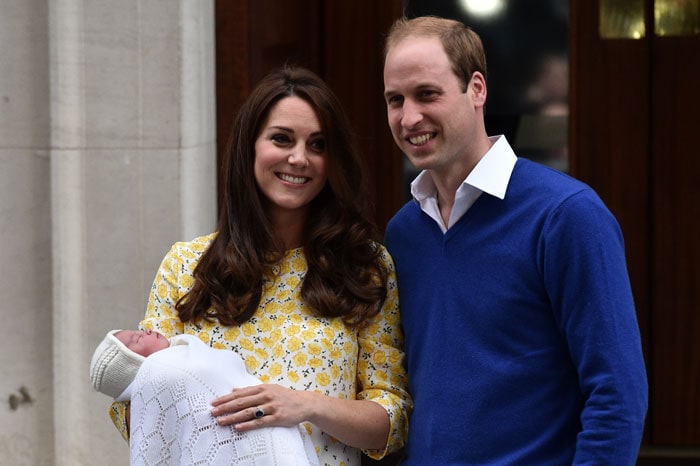 Prince William and Kate Middleton introduced their newborn baby girl to ecstatic Britons just hours after the Duchess gave birth to the couple's second child in the private Lindo wing of St Mary's Hospital, London on May 2. 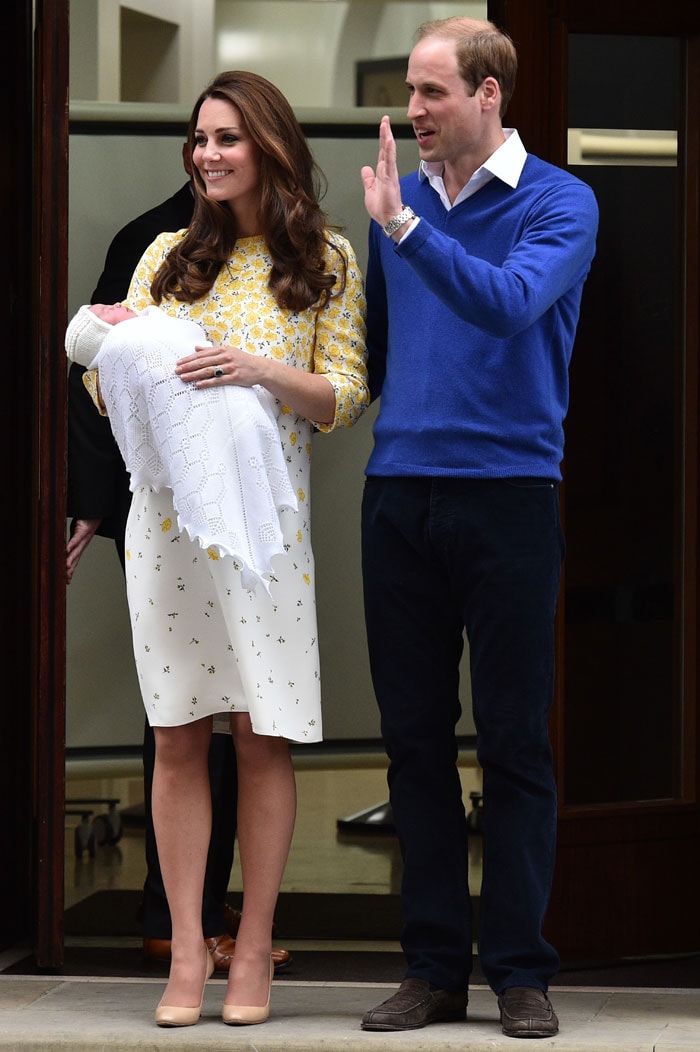 Kate was radiant in a yellow-and-white shift dress designed by her favourite designer Jenny Packham. 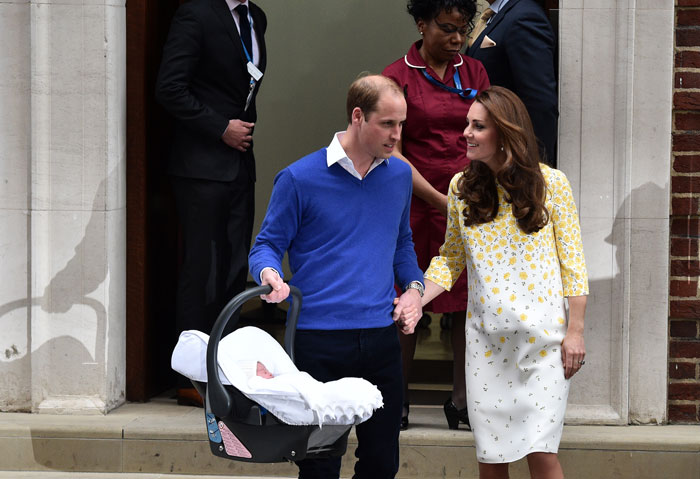 Kate and William later put the little princess in a pram. 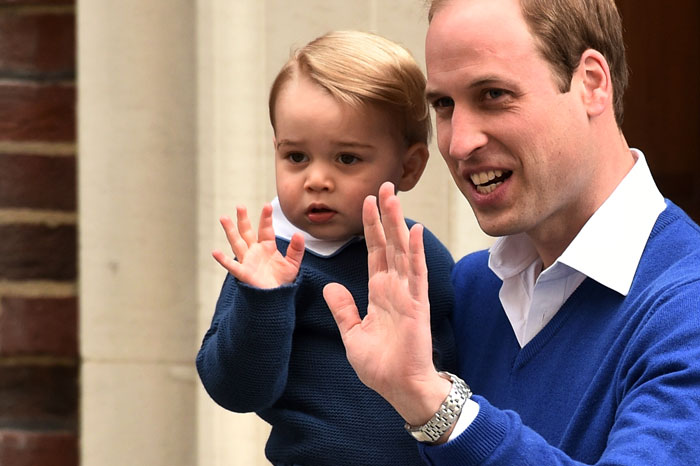 Prince George waving to the crowds who had gathered outside was the Kodak moment of the day. 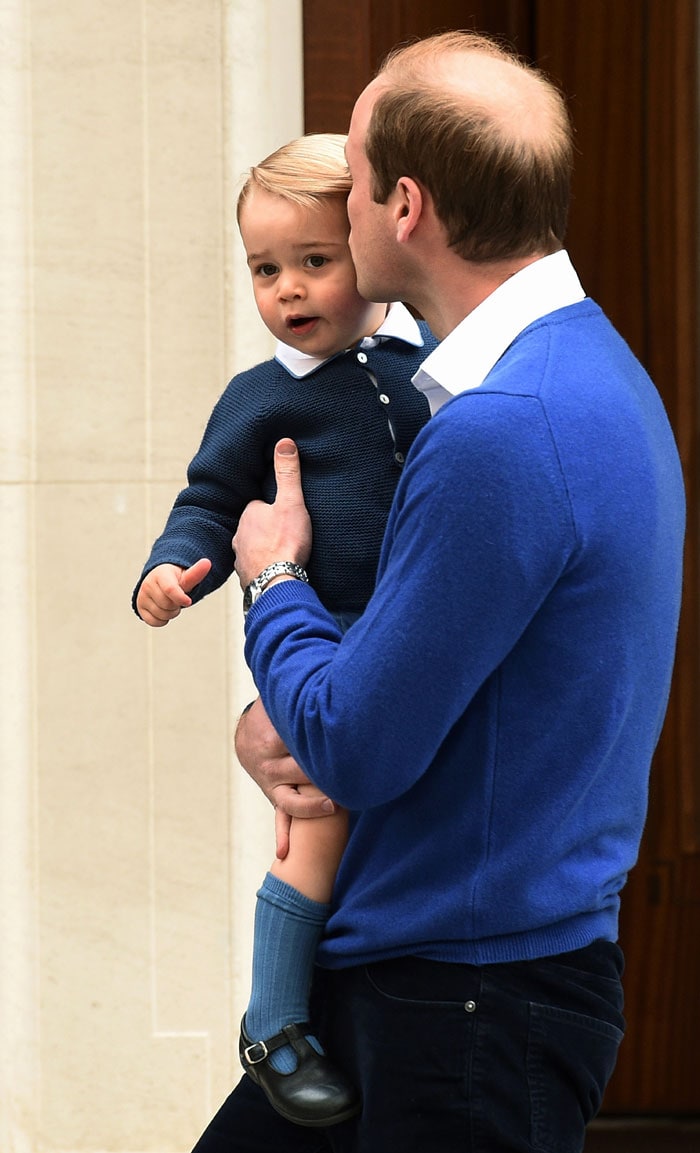 And fetched him a peck on the cheek from his father Prince William. 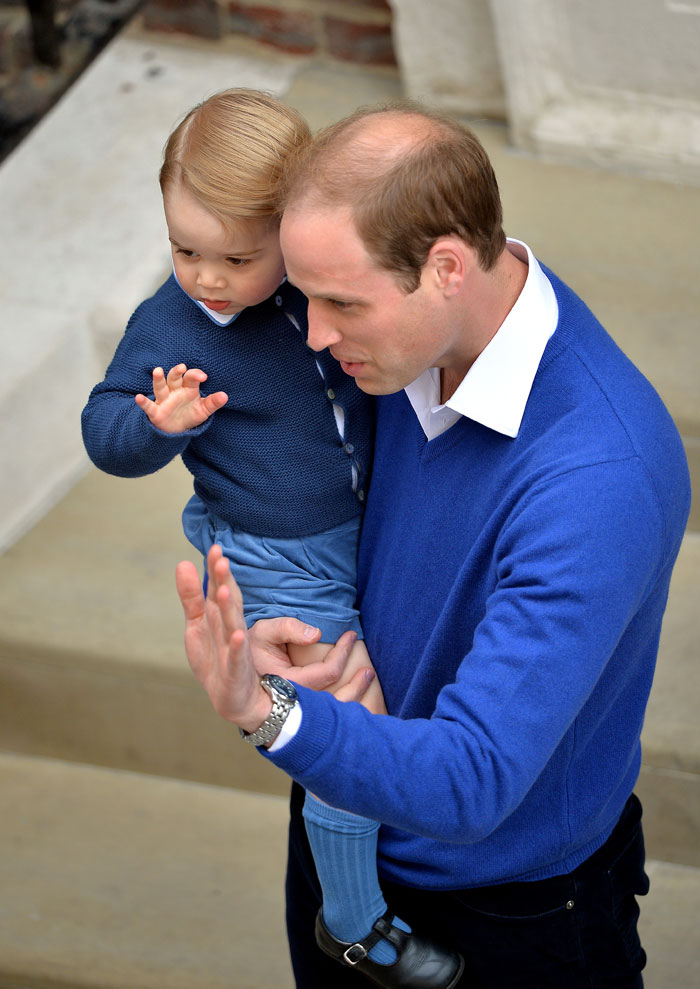 Georgie, as he is fondly addressed by his parents, and Prince William were colour co-ordinated in blue. 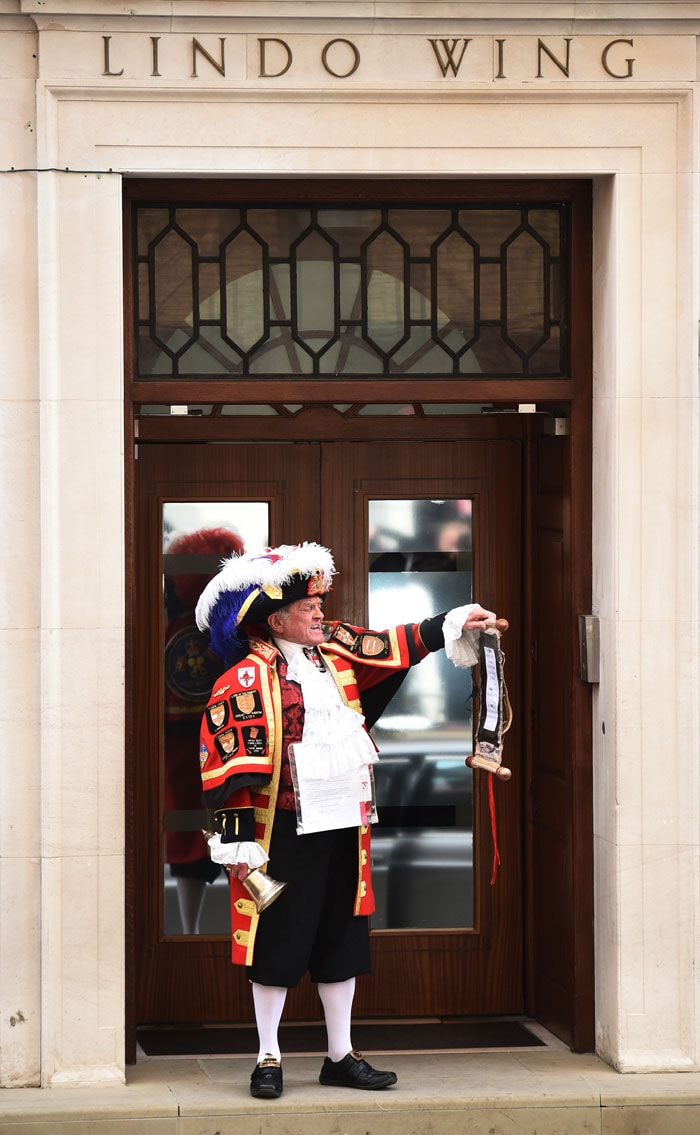 A town crier announced the arrival of the royal baby outside the Lindo Wing. 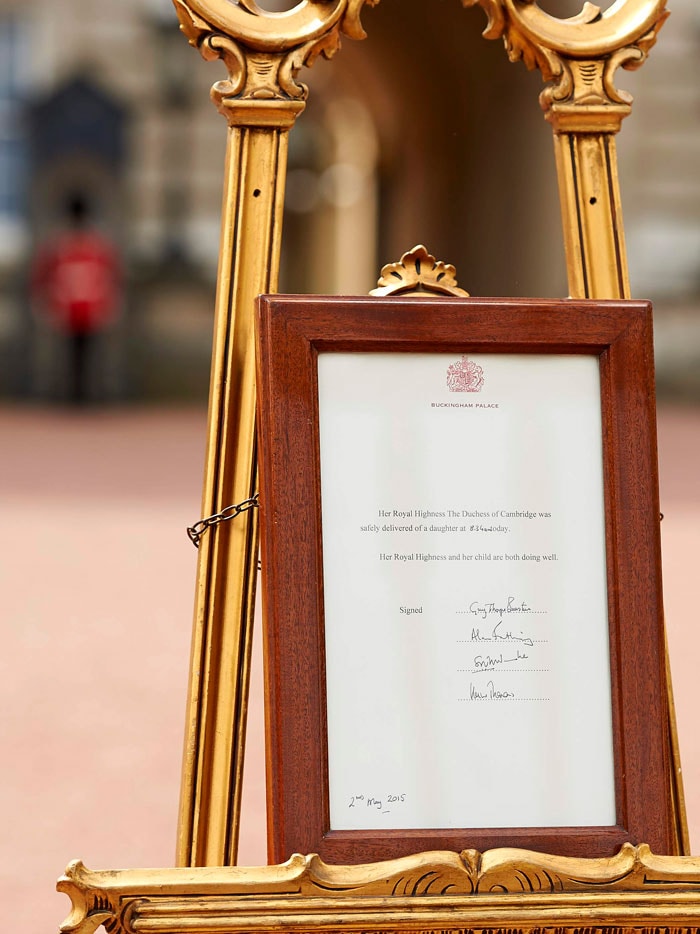 Shortly after the birth, the traditional announcement was posted on an easel displayed in front of Buckingham Palace.