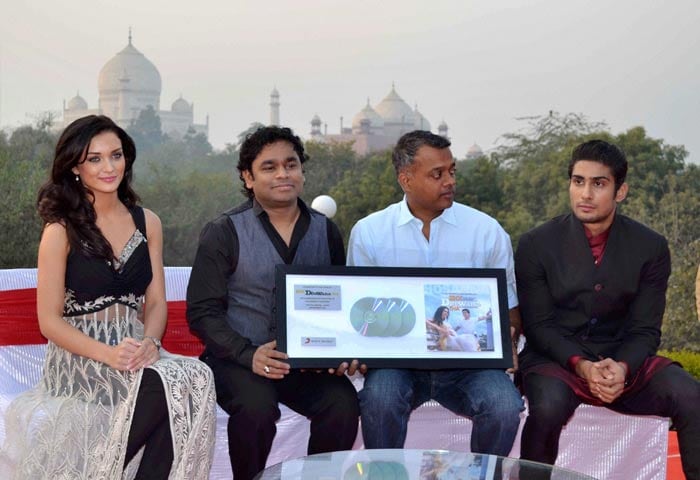 Lauded by Time Magazine as the world's most prominent and prolific film composer, Allah Rakha Rahman turns 46 today, January 6. The composer and singer-songwriter is currently scoring music for the Hollywood film,Welcome To People, directed by Alex Kurtzman and co-produced by Steven Spielberg.

He was seen in Agra last month, promoting the film Ek Deewana Tha, for which he has scored music. Also seen in the picture are Amy Jackson, director Gautam Menon and Prateik Babbar. 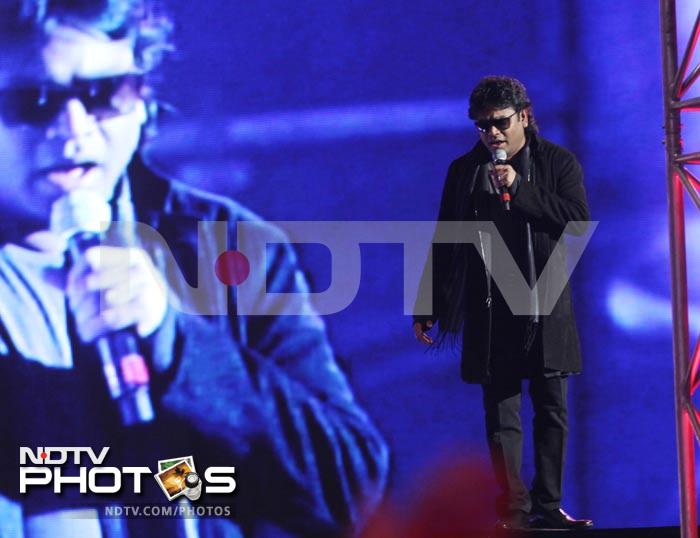 In November last year, Rahman performed at the concert to promote the Imtiaz Ali film Rockstar, along with the cast of the film. The songs from the film went on to become chartbusters. 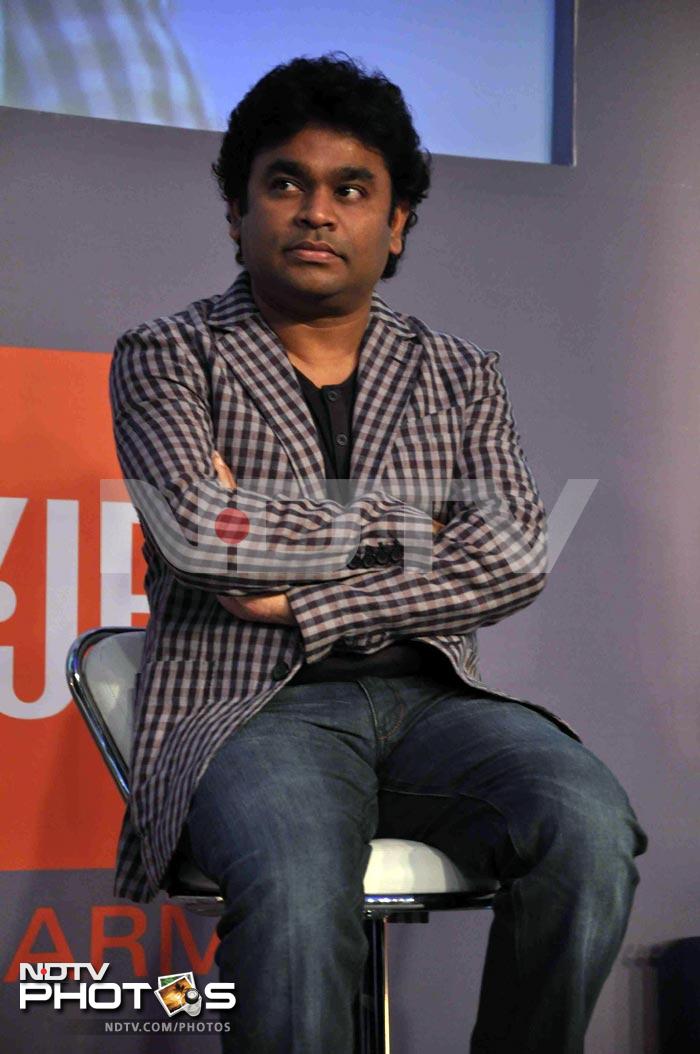 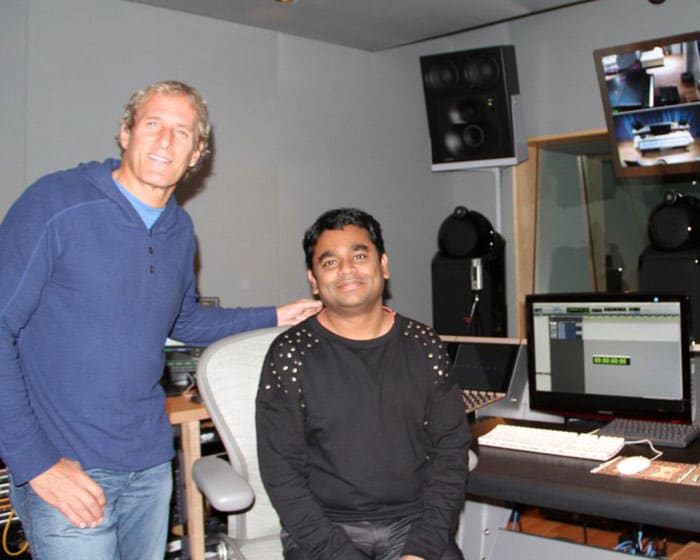 It's another feather in the cap for the music maestro, his song "Sajna" from the 2009 comedy flick Couples Retreat featured in a new avatar in Grammy award winning Michael Bolton's album "Gems - The Duets Collection".

Rahman posted this picture on his Facebook page with the caption, “Sajna... with Michael Bolton! The iconic singer sings in Hindi for the first time in his new album, Gems.” 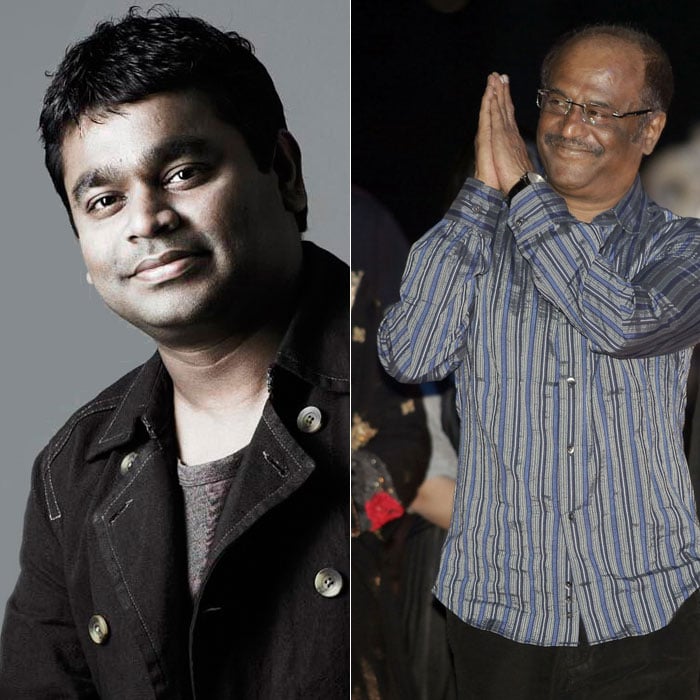 Despite his round-the-year work commitments, last year Rahman took out time to wish ailing superstar Rajinikanth, wishing him a speedy recovery. He said he learnt a lot in his career in the film industry from the legendary actor. On March 31, 2010, A R Rahman was awarded the Padma Bhushan. (AP Photo/Mustafa Quraishi)

With a slew of other awards to his name, A R Rahman continues to rule the hearts of many with his compositions. 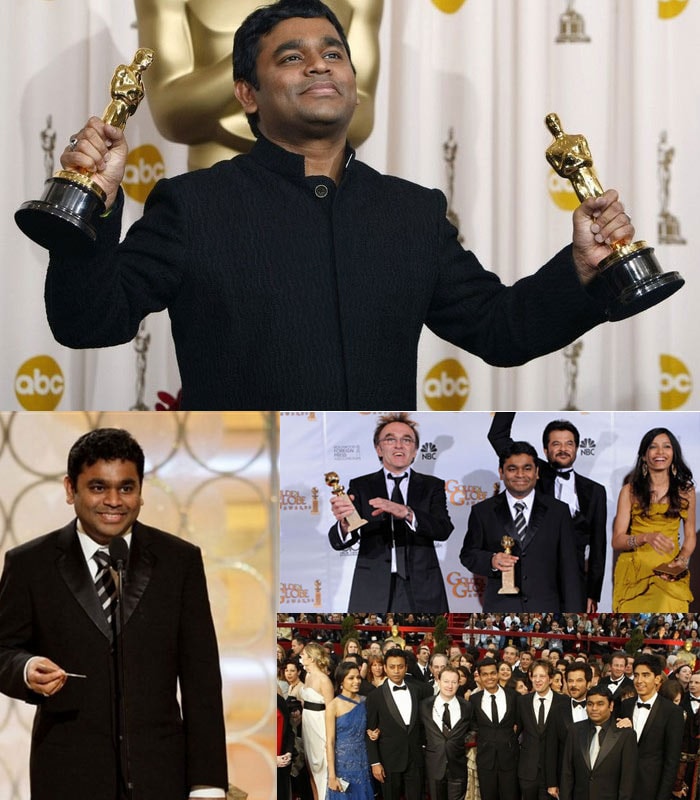 Rahman's score for Slumdog Millionaire brought him a slew of awards including Best Original Music Score and Best Original Song at the Oscars. He also won a BAFTA and a Golden Globe.

Ahead: A look at the music maestro's life in pics 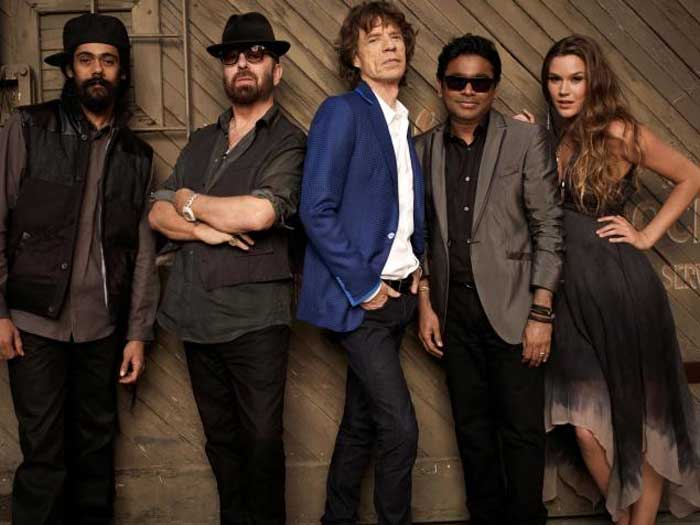 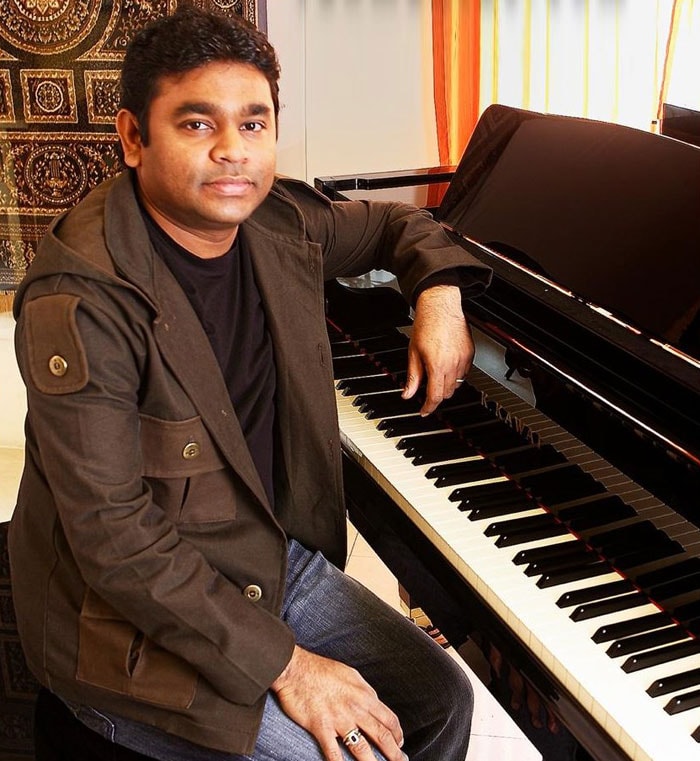 Last year Oscar glory eluded AR Rahman's 127 Hours track "If I Rise" in the Original score and Original Song category. He lost the Original Score Oscar to Trent Reznor and Atticus Ross for The Social Network.

Though the BAFTA eluded him too last year, he bagged the Best Original Song award at the 16th Critics' Choice Awards in January for "If I Rise". 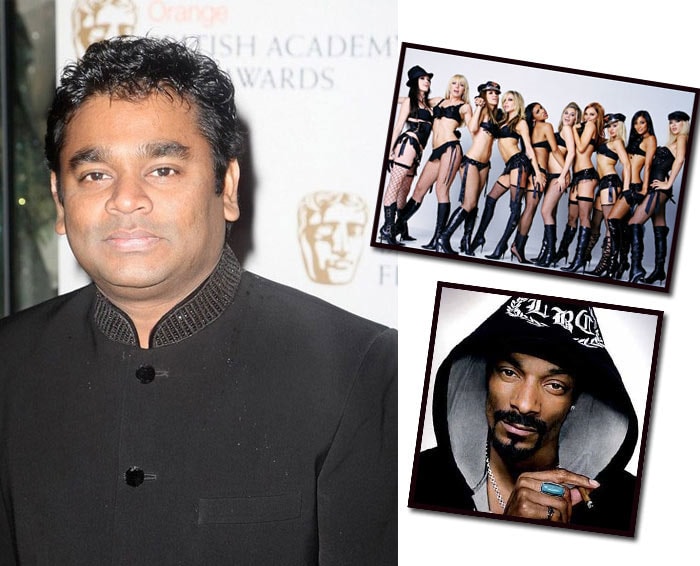 The earlier Oscar and Grammy wins led to a wave of interest in his work internationally. First, Pussycat Dolls danced to Jai Ho, then Snoop Dogg named the promo single of his album Malice n Wonderland the title ‘Snoop Dogg Millionaire', which featured the song's playback singer Tanvi Shah. 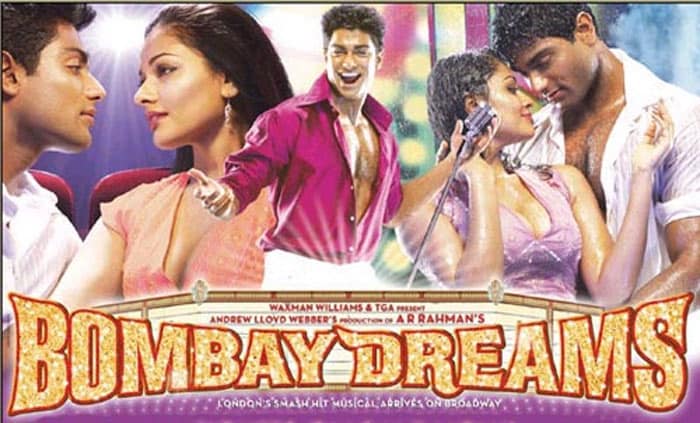 In 2002, he composed his maiden stage production Bombay Dreams (2002) following a commission from musical theatre composer Andrew Lloyd Webber, a success in London's West End. With Finnish folk music band Varttina, he wrote the music for The Lord of the Rings theatre production and in 2004, Rahman composed the piece "Raga's Dance" for Vanessa-Mae's album Choreography. 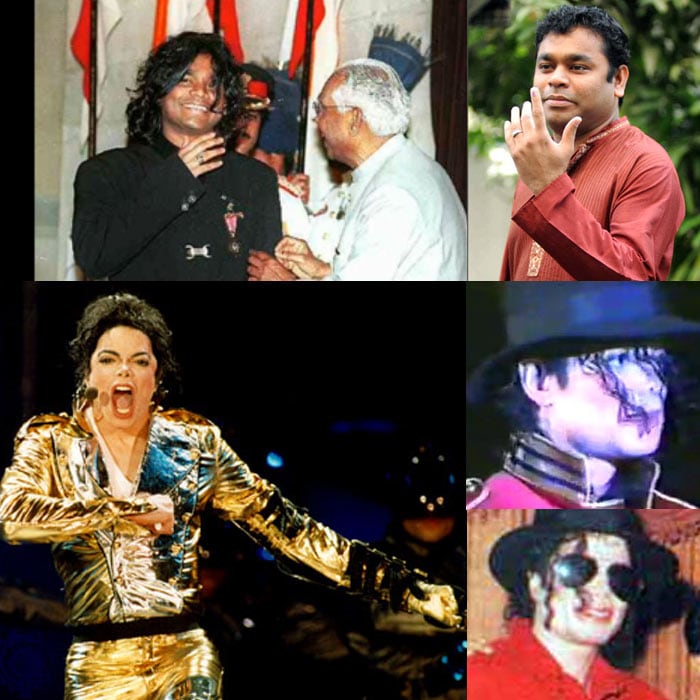 In 1999 Rahman, along with choreographers Shobhana and Prabhu Deva Sundaram and a Tamil cinema dancing troupe performed with Michael Jackson in Munich, Germany, for his "Michael Jackson and Friends Concert." 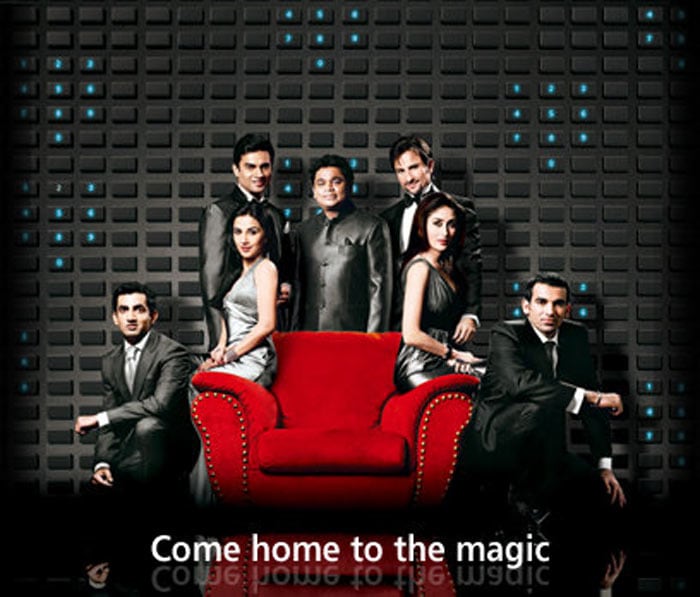 Rahman has written jingles for ads and composed several orchestrations for athletic events, TV and internet media publications, documentaries and short films. Recently, he composed the official song for the Commonwealth Games in New Delhi 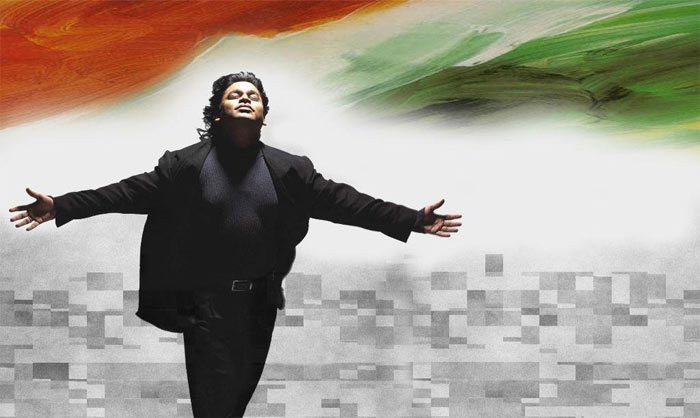 Rahman has been involved in several projects aside from film. He made an album Vande Mataram (1997) on India's 50th anniversary of Independence to commercial success. He followed it up with an album for the Bharat Bala–directed video Jana Gana Mana, a conglomeration of performances by many leading exponents of Indian classical music. 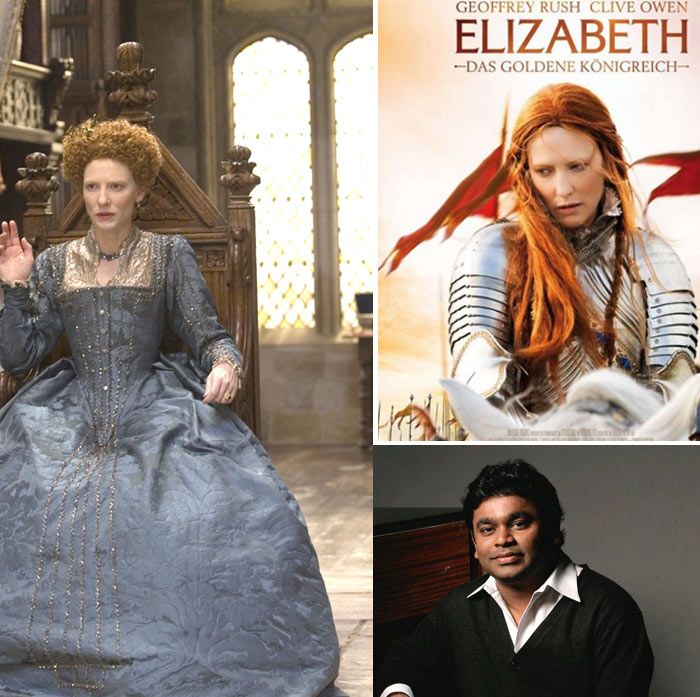 His first foray West was with Shekhar Kapur's Elizabeth: The Golden Age in 2007 which he co-scored with Craig Armstrong. 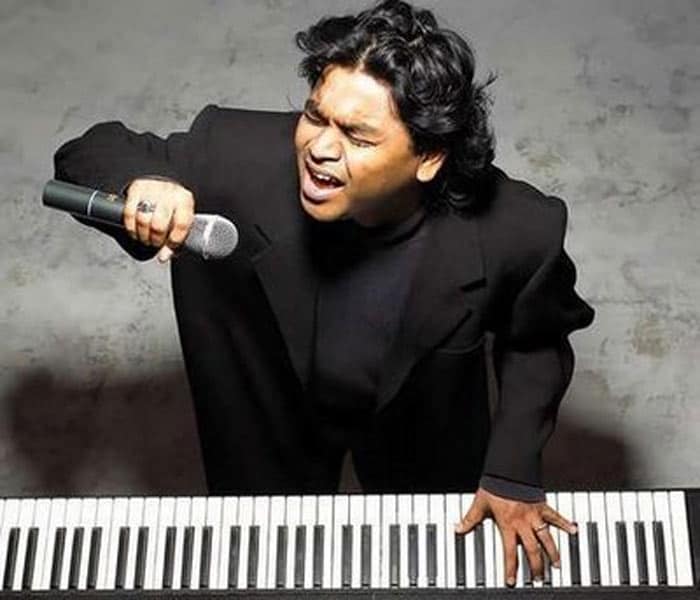 Rahman attached and opened a developed extension studio to his Panchathan Record Inn in 2005 called AM Studios in Kodambakkam, Chennai — considered to be the most developed, equipped and high tech studio in Asia.

In 2006, Rahman launched his own music label, KM Music. Its first release was his score to the film Sillunu Oru Kaadhal. 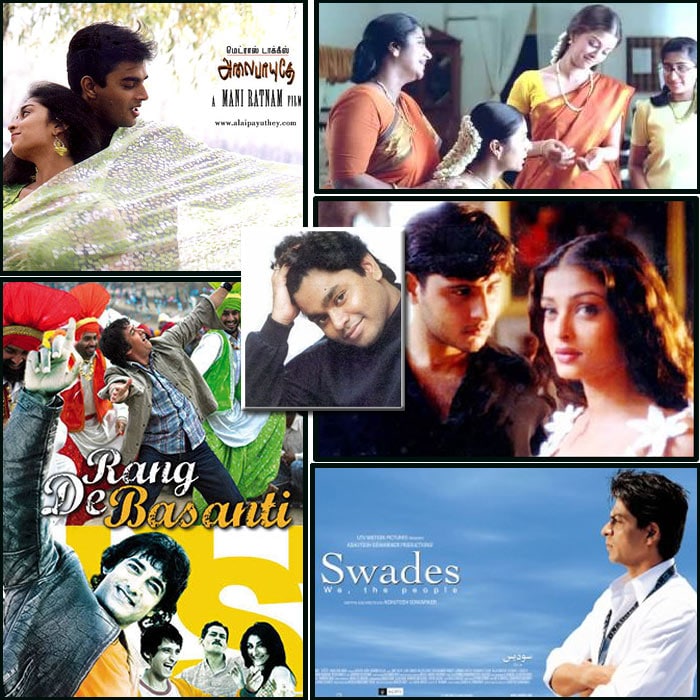 As the millennium rolled by, Rahman continued to make sweet music both in Bollywood and down South. He composed soul stirring scores for Rang De Basanti and Swades. On home ground, he worked on Rajiv Menon's Kandukondain Kandukondain and Alaipayuthey. 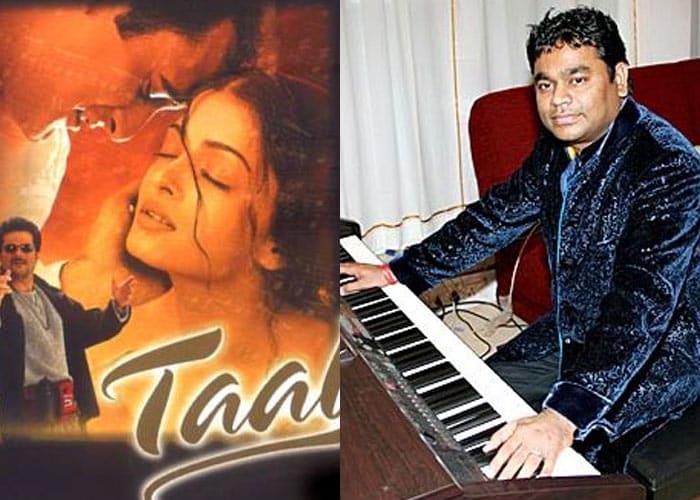 Hot on Dil Se's heels came the percussive Taal, in which music and song played as important a role as did it's heroine, Aishwarya Rai. He partnered with Mani Ratnam again for Dil Se giving us, among other memorable songs, Chaiyya Chaiyya and Jiya Jale. 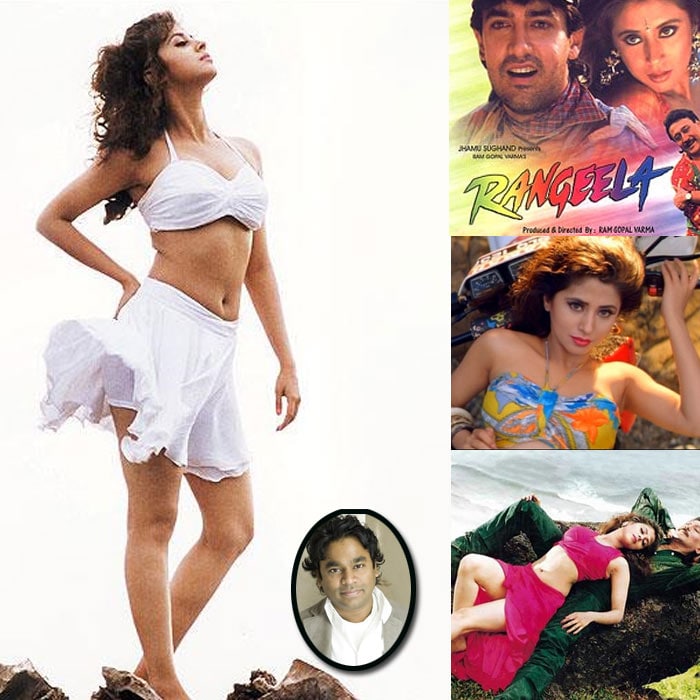 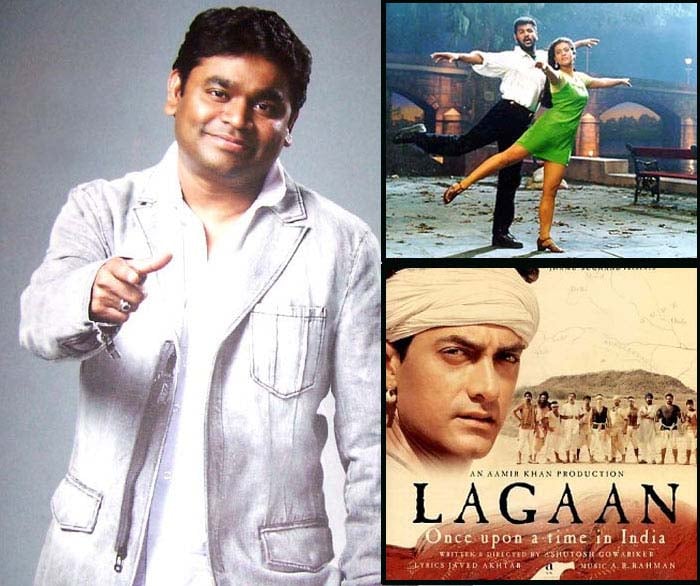 Rahman has since then gone on to win the award three more times, for Minsaara Kanavu (Tamil, 1997), Lagaan (Hindi, 2002) and Kannathil Muthamittal (Tamil, 2003): the most ever by any composer. 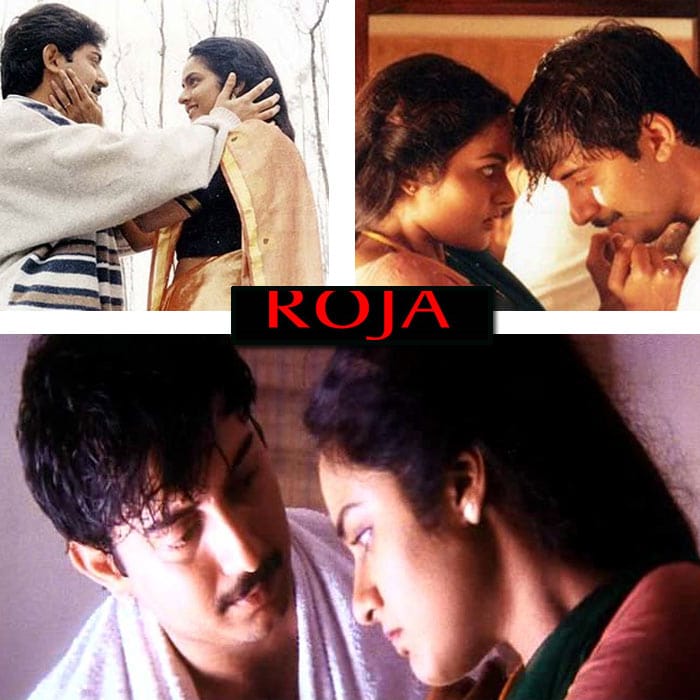 n 1992, Rahman began his own music recording and mixing studio attached to the backyard of his house called the Panchathan Record Inn, which was developed into India's most advanced recording studio. He initially composed music jingles for advertisements, Indian Television channels and music scores in documentaries, among other projects.

That same year, he landed director Mani Ratnam's Roja and won the Rajat Kamal Award for Best Music Director at the National Awards – the first time ever for a debutant composer. 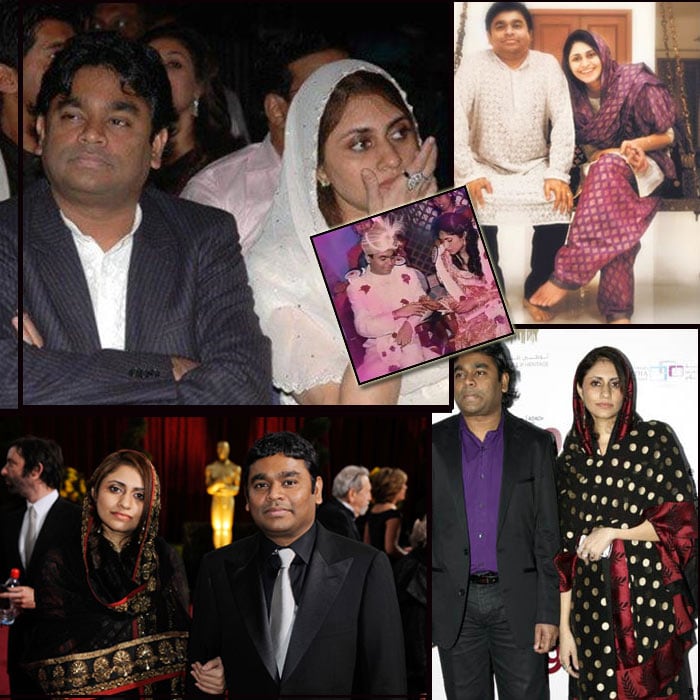 Rahman is married to Saira Banu and they have three children, Khadijah, Rahima and Aameen. Rahman has kept his family and private life well out of the media spotlight. 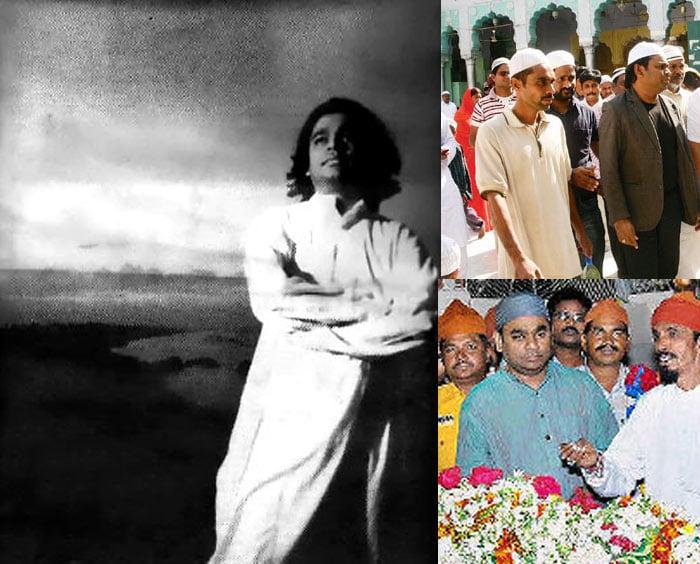 Rahman went through a period of religious transformation in which he first became an atheist and then converted to Islam, his mother's religion. He paid tribute to his mother in his Oscar speech saying, "There is a Hindi dialogue 'mere pass ma hai' which means even if I have got nothing I have my mother here." 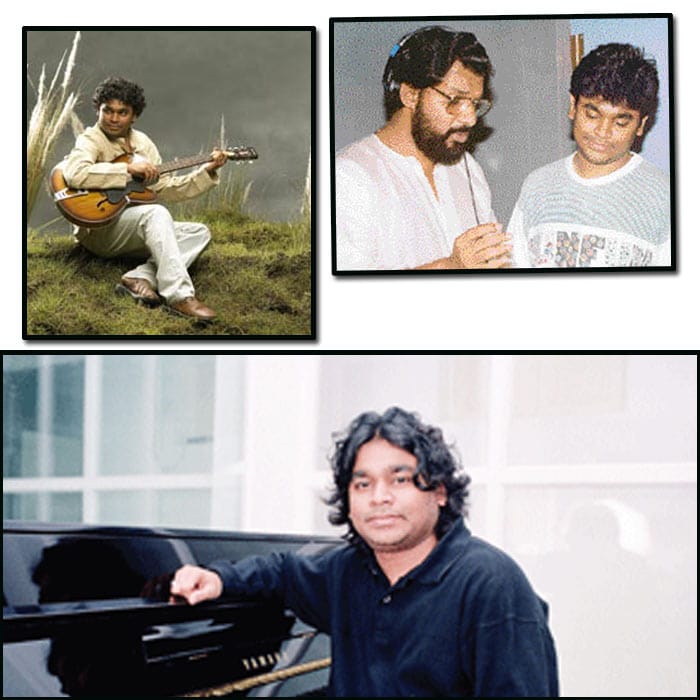 Rahman's musical training began early under Master Dhanraj. At 11, he joined Ilaiyaraaja as a keyboardist. Ilaiyaraaja was one of many composers who rented Rahman's father's musical equipment. Rahman went on to accompany Zakir Hussain and L Shankar on world tours. He also won a scholarship to the Trinity College of Music where he graduated with a degree in Western classical music. 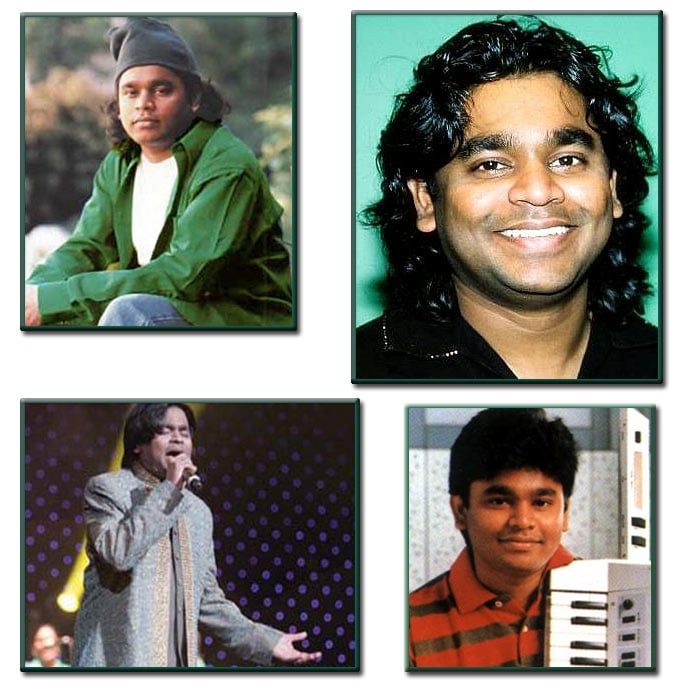 During his formative years, Rahman served as keyboardist and music arranger in bands such as Roots, with childhood friend and percussionist Sivamani. He also founded Chennai based rock band Nemesis Avenue in which he played the keyboard, piano, synthesizer, harmonium and guitar. He was particularly interested in the synthesizer for it's “ideal combination of music and technology”.

Here's wishing him a happy year ahead.