Be it STAR Plus' Sapna Babul Ka... Bidaai or Colors' Balika Vadhu, the shows on small screen resort to ‘leaps' when the TRPs dwindle in Tellyland. Here's a list of the shows which underwent massive changes as a result of what producers explain as ‘natural progression'. 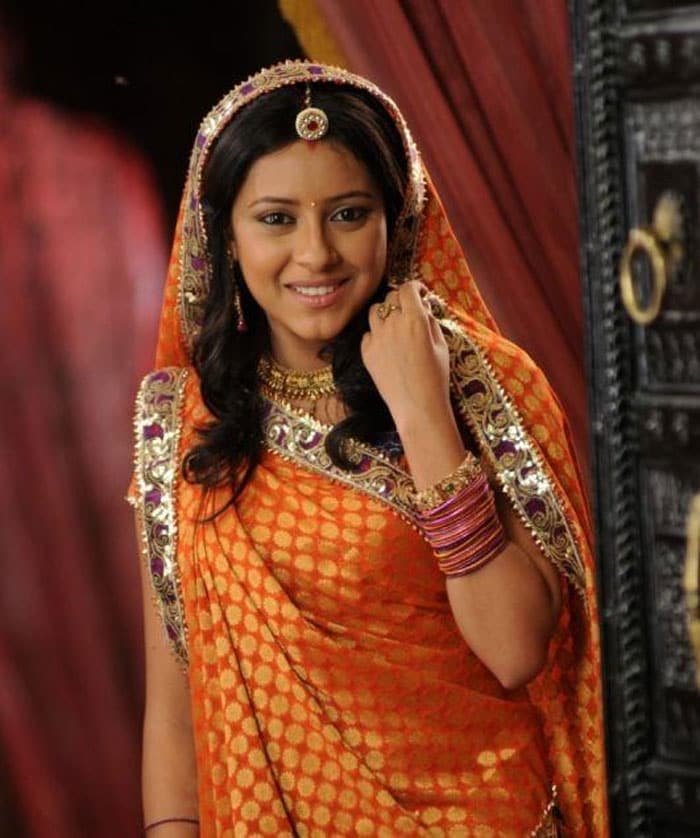 Jamshedpur-based Pratyusha Banerjee has stepped into the shoes of child prodigy Avika Gor as Anandi on popular TV soap Balika Vadhu, it was finally revealed in the episode aired Thursday.

There was a strong buzz last month itself that Pratyusha had been zeroed in for the role. However, the channel conducted a nationwide poll to let the viewers decide the perfect replacement for the role of Anandi, through SMS.

Pratyusha pipped Lucknow-based Nivedita Tiwari and Ketaki Chitale from Mumbai to play the character, now that the show is taking a five-year generation leap.

Here's a list of the shows which underwent massive changes as a result of what producers explain as ‘natural progression'. 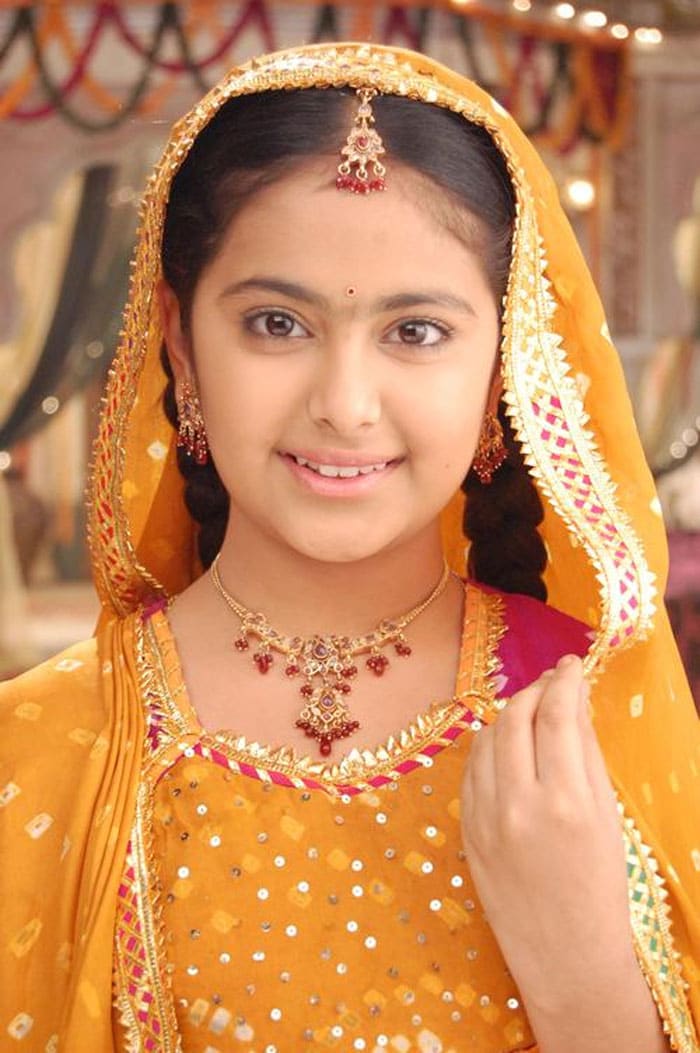 The role was till now being played by Avika Gor. 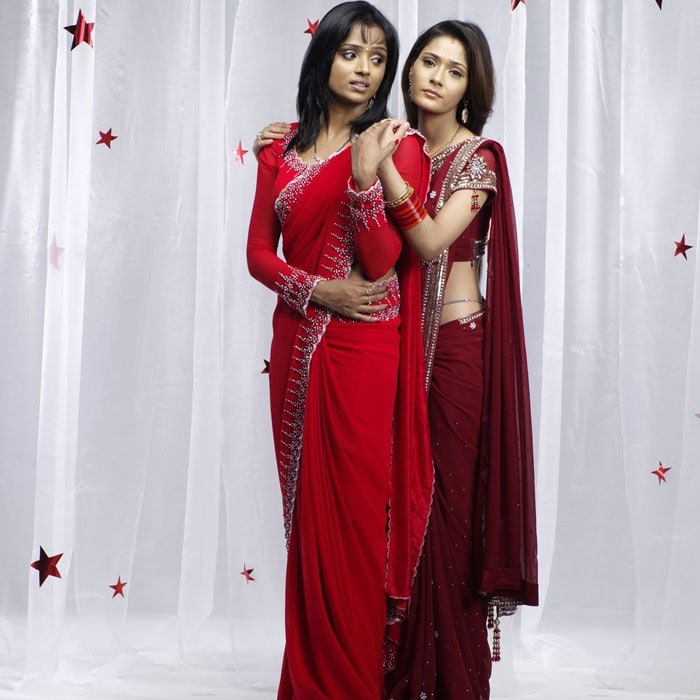 When TV actress Sara Khan who plays ‘Sadhana' in the popular Star Plus show Sapna Babul Ka… Bidaai, decides to get married, the producers of the show bring a twist in the serial where ‘Sadhana' dies, leaving a daughter ‘Khushi' with the ‘Rajvansh' family. Sadhana's sister ‘Ragini', played by Parul Chauhan who is pregnant in the present episodes will give birth to her daughter ‘Tamanna' and the story will continue from there on, taking a leap of 7 years 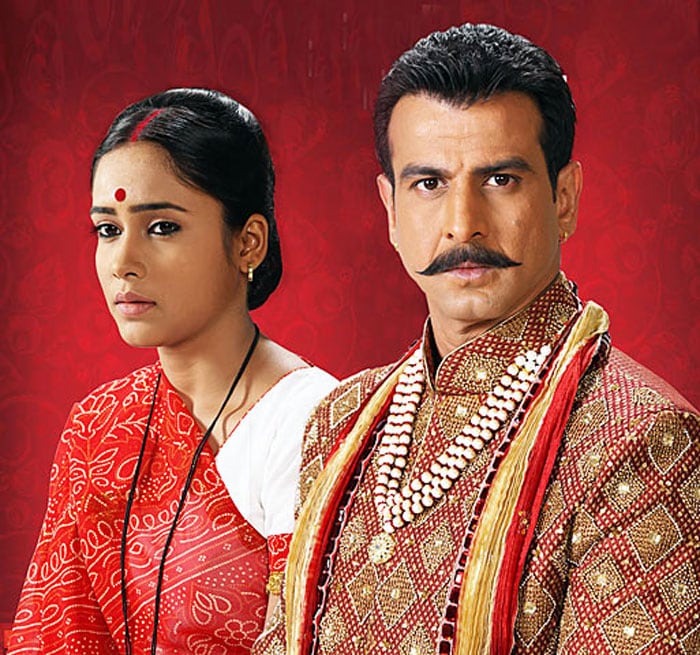 After being in the midst of some high voltage drama, NDTV Imagine's Bandini took a leap of about 10 years where the female lead of the show ‘Santo' played by Aasiya Kazi spends a decade in jail for a crime she did not commit, while her husband ‘Dharamraj Mahiyavanshi' played by Ronit Roy and family spit negativity towards her very existence. 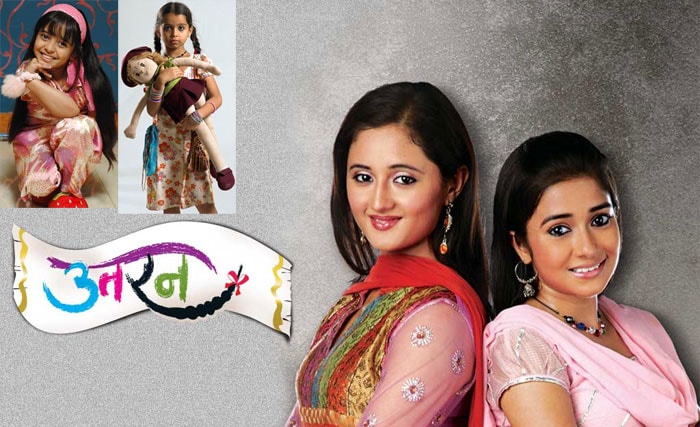 Colors' popular show Uttaran underwent one of the most interesting leaps in recent times and this change tripled the TRPs of the show overnight. Based on the lives of two girls, ‘Ichcha' a girl living in poverty, played by Sparsh Khanchandani and ‘Tapasya' , Ichcha's rich friend played by Ishita Panchal, who later becomes a jealous sister when Tapasya'a father ‘Jogi Thakur' played by Ayub Khan, adopts Ichcha. After the leap the girls grow up, with the role of ‘Ichcha' being played by Tina Dutta and ‘Tapasya' by Rashmi Desai, Tapasya's jealousy increases as she tries to snatch away Ichcha's happiness in every possible way. 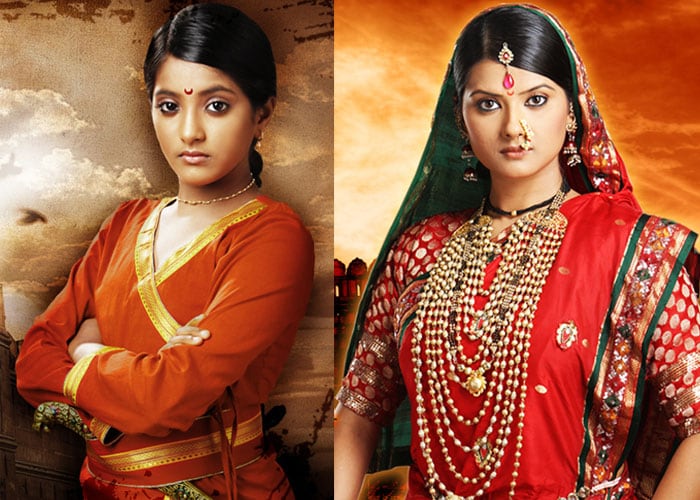 Zee TV's popular show Jhansi Ki Rani took a leap recently, as the younger Rani played by Ulka Gupta was replaced by TV actress Krratika Sengar for which the actress has worked very hard. Be it wielding swords, horse riding or mastering the dialect, she has gone through intense training to prepare for the role. Krratika was signed for Jhansi Ki Rani long time ago but her entry got delayed by almost a year because Ulka made the show popular as the child queen.

When the producers of the college teen drama, Miley Jab Hum Tum saw the TRPs of the show dwindling in the recent months, they decided for the show to take a leap of 3 years and introduce fresh faces. As the previous leading characters become seniors, a new batch of ‘juniors' comes to the ‘Excel College', making the plot interesting, as all of their stories intertwine. 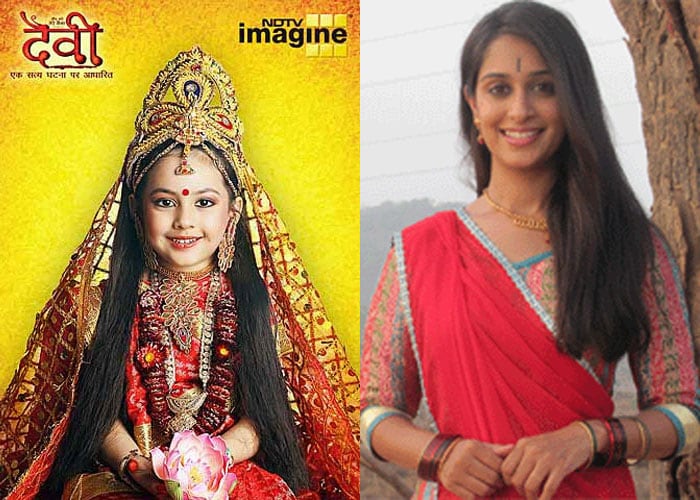 NDTV Imagine's Devi takes a generation leap where the 6 yr old ‘Lakshmi' played by Reem, grows up into a 21 yr old girl played by Dipika Samson. Deprived of education during childhood, Lakshmi has grown up as an illiterate girl who has not had much interaction with the outside world and thinks that the world is as pure as her heart is. 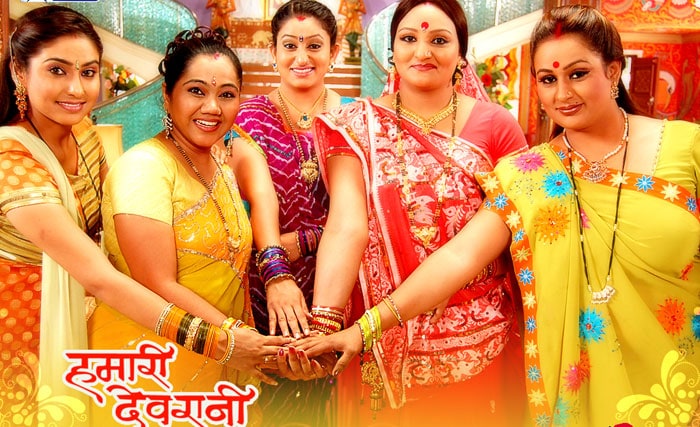 Hamari Devrani on Star Plus took a leap of considerable 17 years. The main protagonist ‘Bhakti' played by Krishna Gokani is no more, and the family had lost her as soon as she gave birth to her daughter ‘Aastha' played by Vidhi Sindhwad. Aastha is a girl who has a slow mental growth; she is pampered a lot by the Jethanis who have brought her up as their own kid. 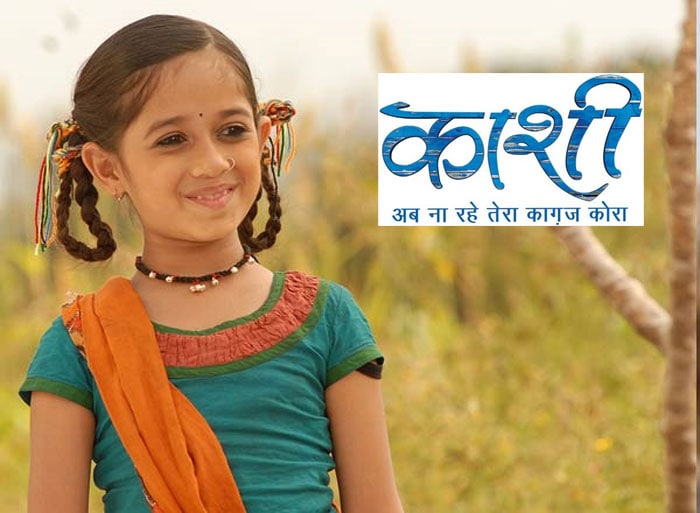 NDTV Imagine's Kashi takes a leap as the character of ‘Kashi', a little girl living in poverty, played by Jannat, grows up. Adult ‘Kashi' will be played by TV actress Melaine Paes who was earlier seen in Rajshri Productions' Who Rehne Waali Mehlon Ki. Melaine is Melissa Pais' sister, who is currently seen in SAB TV's Sajan Re Jhoot Mat Bolo. 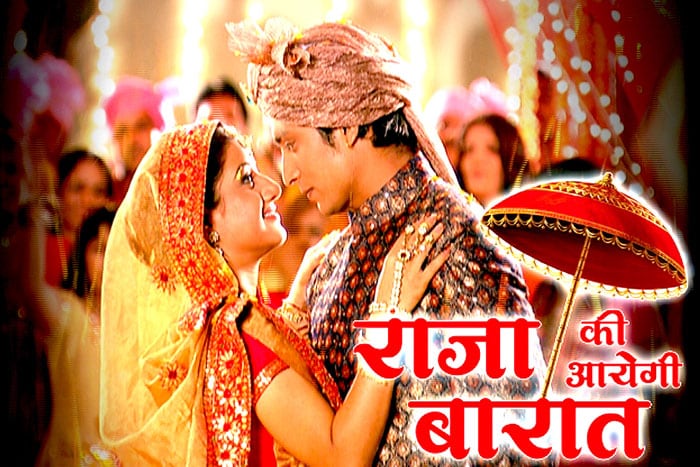 Kapil Nirmal and Anjali Abrol, who essay the roles of ‘Yudi' and ‘Rani' on Star Plus's Raja Ki Aayegi Baraat, respectively, will be bidding adieu to the show, as due to dwindling TRPs the producers of the show have decided to bring about a leap. The lead pair has already had a child in the recent track, their daughter, Sandhya, who will now be grown up and will take the story further. 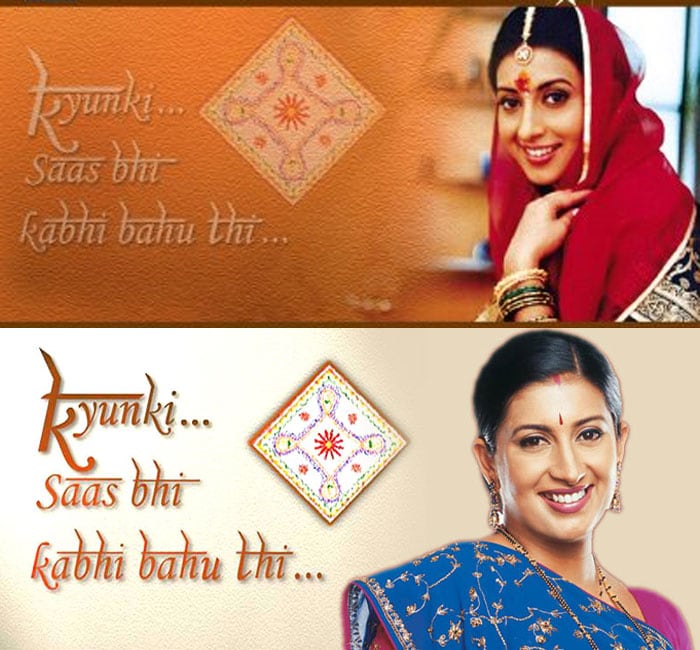 Asia's most watched show of all time, Ekta Kapoor's Kyunki Saas Bhi Kabhi Bahu Thi on Star Plus underwent many ‘leaps' and bounds during its eight years of being aired on television. Starring Smriti Zubin Irani and Amar Upadhyay/Ronit Roy in the lead roles of ‘Tulsi Virani' and ‘Mihir Virani' respectively, the show which was a trend setter and became a reason for many similar saas-bahu sagas, spun improbable plots around the emotions of love, joy, anger, anxiety, contemplation, grief, fear and terror - even amnesia, death, rebirth and murder. 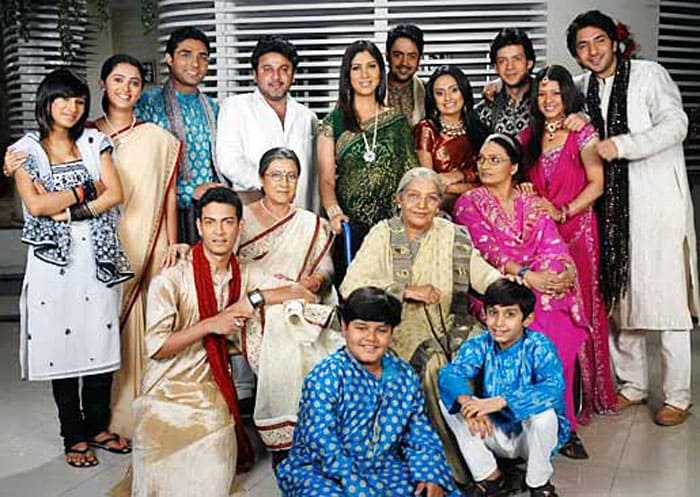 Ekta Kapoor's Kahani Ghar Ghar Kii established a milestone, when the episode telecasted on 15th November, 2006, became World's most watched episode, by breaking all previous world TRP (Television Rating Points/Popularity) Records. This was the episode when the show took a leap of 20 years and presented the female lead of the show ‘Parvati' played by Sakshi Tanwar, in a new avatar. Dressed in chic` Manish Malhotra saris, the once understated and docile ‘Parvati Bhabhi' became a quintessential modern day woman, ready to avenge her husband's murder. 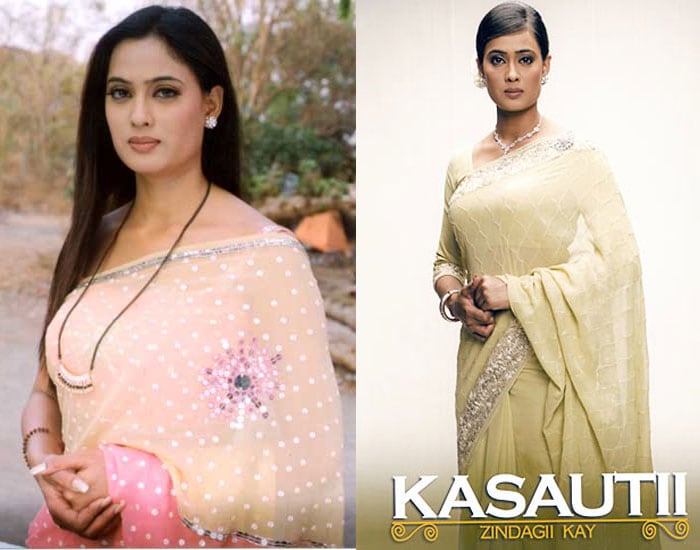