Here's a pictorial journey through Kajol's life as she turns a year older. 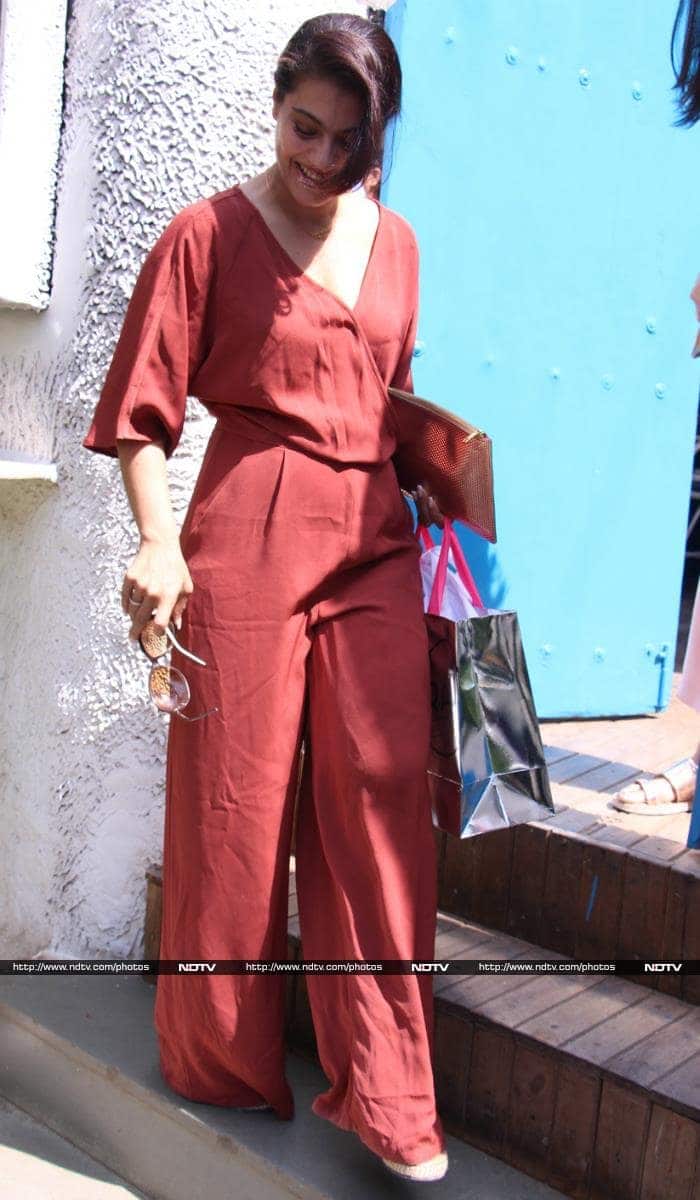 One of Bollywood's most-talented actresses, Kajol has starred in blockbuster films like Dilwale Dulhania Le Jayenge, Baazigar and Kuch Kuch Hota Hai. After a break from movies, in 2015, she made a comeback with Dilwale, which reunited her with Shah Rukh Khan after 2010's My Name Is Khan. Here's a pictorial journey through her life as she turns a year older. 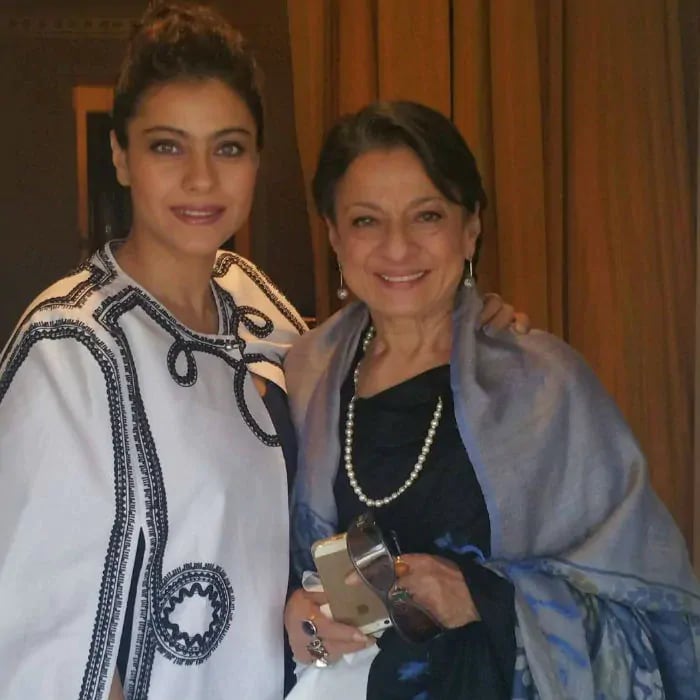 Kajol's mother is veteran actress Tanuja, who has starred in films like Yaarana and Mere Jeevan Sathi, while her father was popular producer-director Shomu Mukherjee. Kajol is also related to star singer-actor Kishore Kumar - her paternal grandfather was married to the maestro's sister. It doesn't end there: her maternal aunt, Nutan, was one of the leading actresses of her time. Her cousin, actor Mohnish Behl, was a popular villain during the 90's; Ayan Mukerji, another cousin of hers, is a successful director. 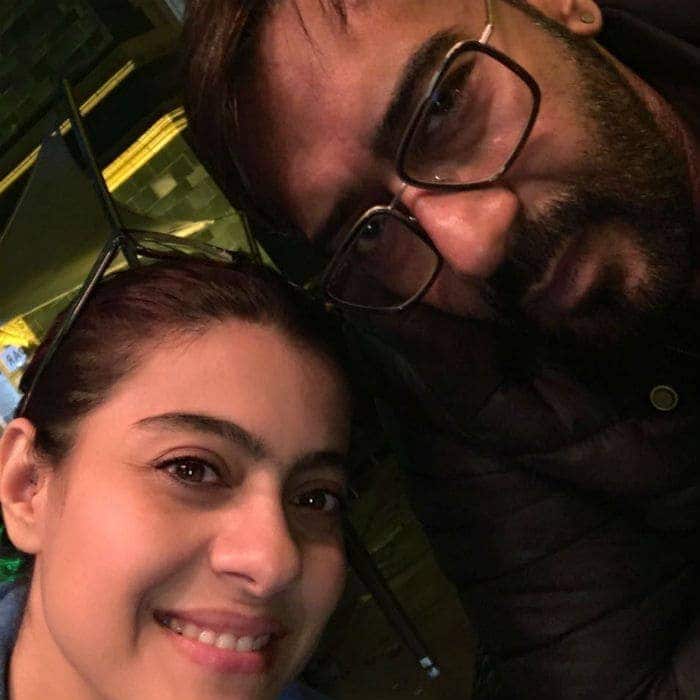 Kajol is also one half of a Bollywood power couple. Actor Ajay Devgn and Kajol, who co-starred in films like Pyaar Toh Hona Hi Tha (1998), Raju Chacha (2000) and Ajay's debut direction film U, Me Aur Hum (2008), married on February 24, 1999. More recently, the duo co-starred in Tanhaji: The Unsung Warrior. 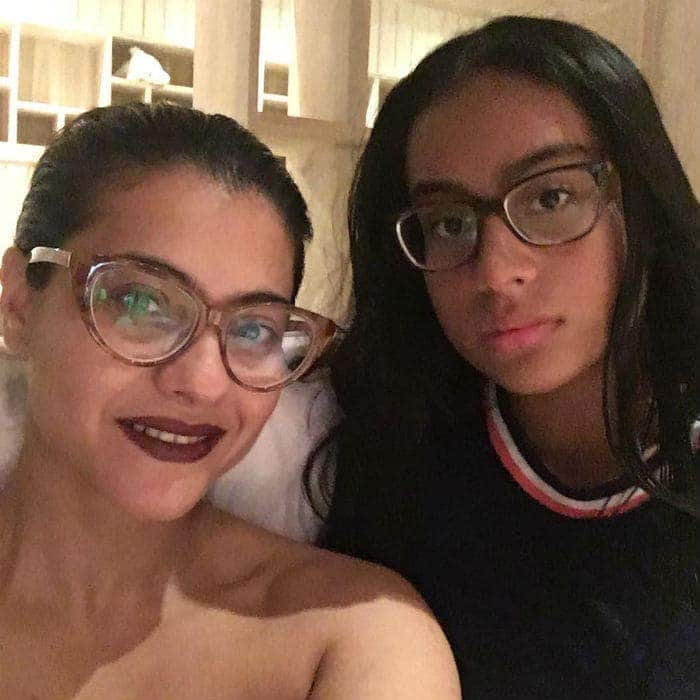 Kajol and Ajay Devgn are parents to a son named Yug and daughter Nysa. 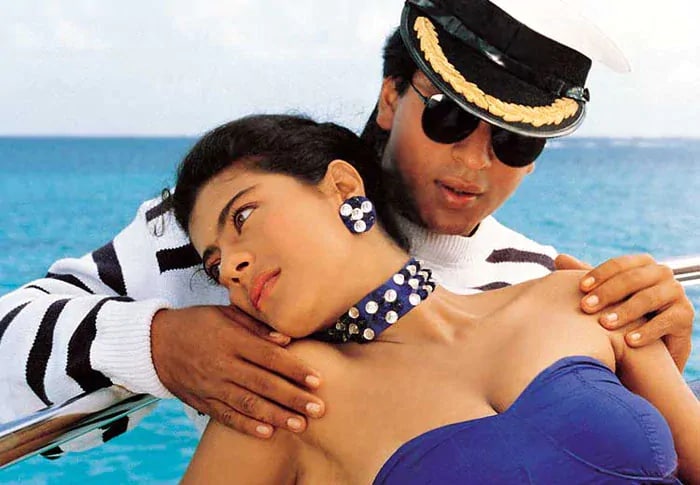 Kajol's first film was Baazigar, which released in 1993. She starred opposite Shah Rukh Khan in the film. Baazigar was a blockbuster hit and catapulted both its lead actors to the A-list. Her on-screen chemistry with Shah Rukh Khan made them the nation's favourite jodi. 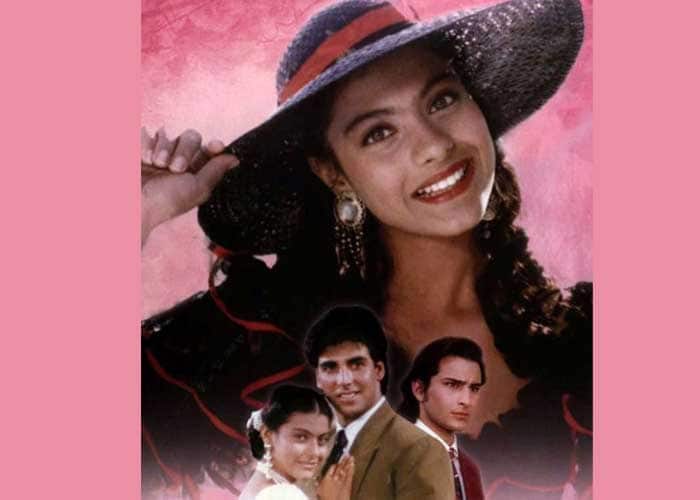 In 1994, she starred in Yeh Dillagi opposite Saif Ali Khan and Akshay Kumar. Not only was the film declared a hit, Kajol also received her first Filmfare nomination in the Best Actress category for her performance. 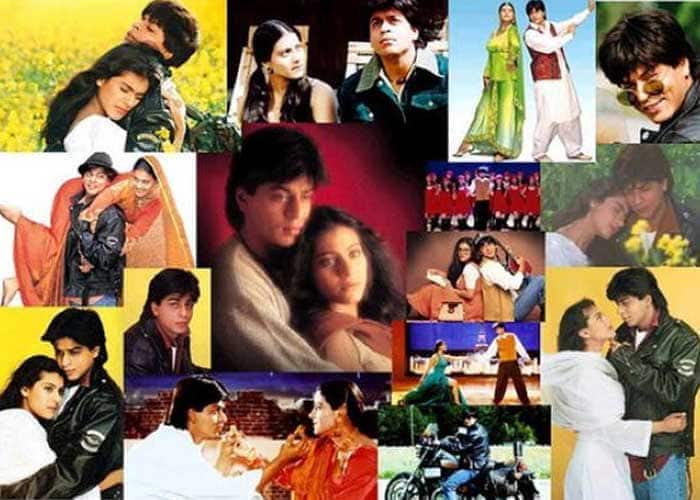 In 1995,Dilwale Dulhaniya Le Jayenge, Aditya Chopra's debut film as director, once again paired Kajol with Shah Rukh Khan. The romance-drama redefined a whole genre of films. In fact, it still runs to packed houses in the Maratha Mandir theater in Mumbai. 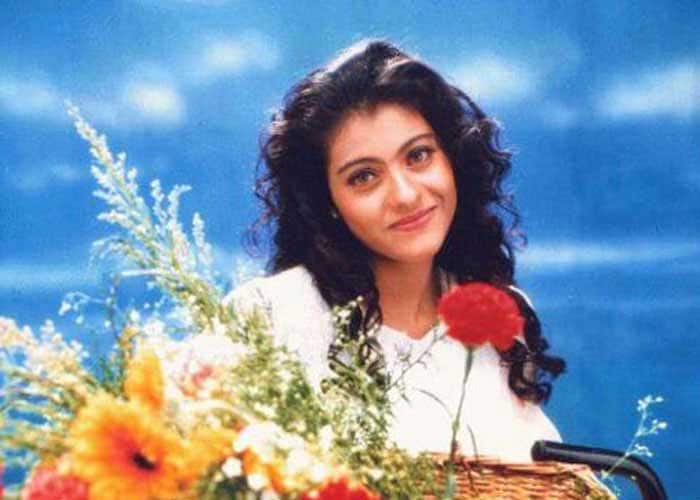 In 1997, Kajol won a Filmfare Award for Best Actress (this time, South), for the film Minsaara Kanavu, in which she starred opposite Prabhu Deva and Arvind Swami. The film, which was released in Hindi as Sapnay, had almost twenty A R Rahman compositions, like Ek Baghiya and Chanda Re. 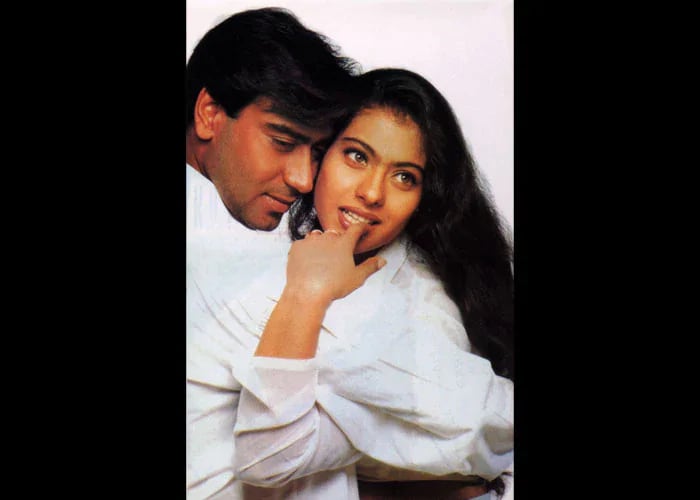 1997 ended on a good note, because she finished with another blockbuster hit Ishq, opposite her husband Ajay. 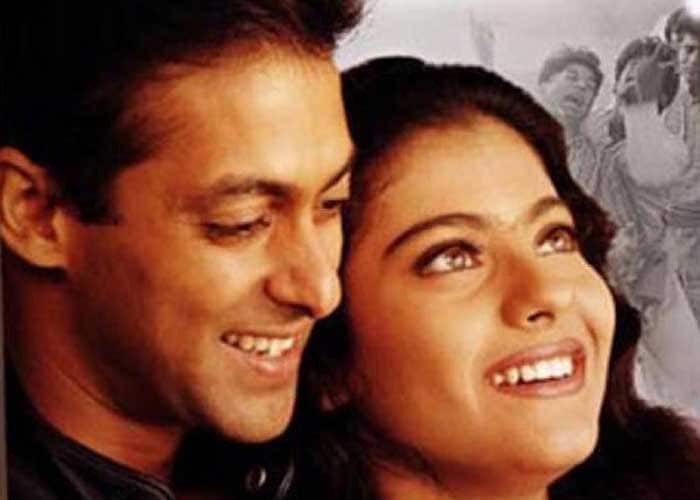 In 1998, Kajol appeared in her first film with Salman Khan in Pyaar Kiya To Darna Kya, written and directed by Salman's younger brother, Sohail, was one of the biggest hits of the year. She played a restricted sister to Arbaaz Khan's overbearing brother. Arbaaz, of course, is also Salman's brother, making it a Khan family affair. 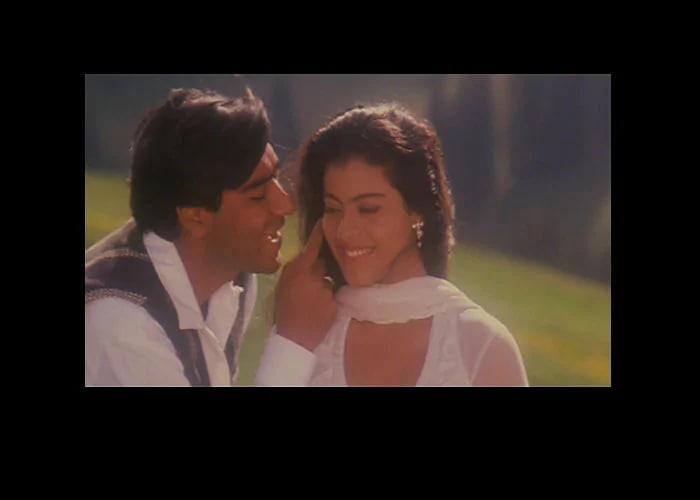 There was more success in store for Kajol in 1998 with Pyaar To Hona Hi Tha opposite Ajay Devgn. The film was a remake of the Hollywood flick French Kiss. 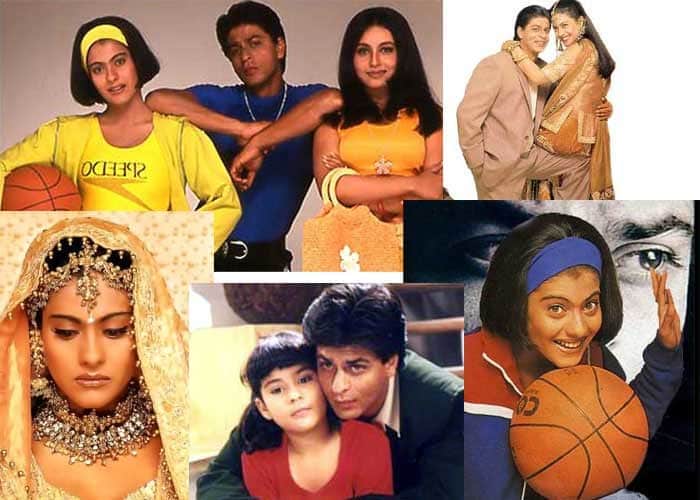 However, her biggest hit of the year was opposite Shah Rukh Khan once again. Kuch Kuch Hota Hai, Karan Johar's debut film as a director, went on to become a runaway success, the biggest film of the year in both India and abroad.

At the Filmfare Awards, she achieved the unique feat of being nominated for three films within the same year and, beating competition from basically her own self, winning her second Filmfare Best Actress Award for Kuch Kuch Hota Hai, her fourth overall. 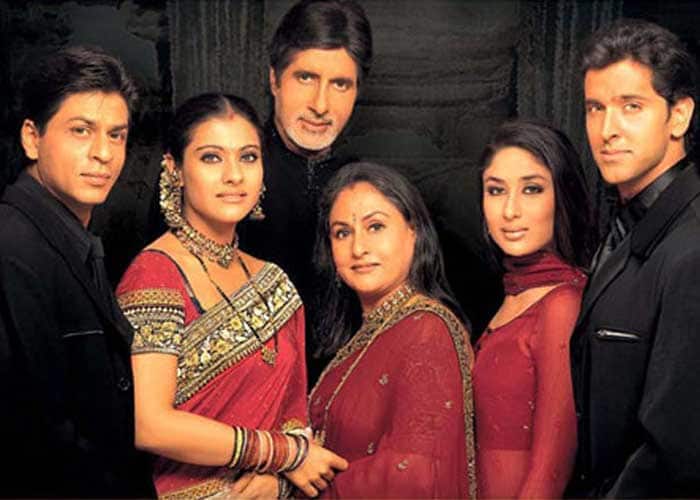 After a bland outing in 2001's Kuchh Khatti Kuchh Meethi (featuring her in her second double role), she bounced back to the top with Karan Johar's Kabhi Khushi Kabhie Gham, which became the second highest grossing film of her career, behind Dilwale Dulhaniya Le Jayenge. No surprises for guessing who her co-star in the film was, once again: Shah Rukh Khan.K3G, as the film is popularly abbreviated, won Kajol her third Filmfare Best Actress Award, and fifth overall. After K3G's phenomenal success, Kajol decided to take a five year break from the movies to concentrate on raising her daughter. 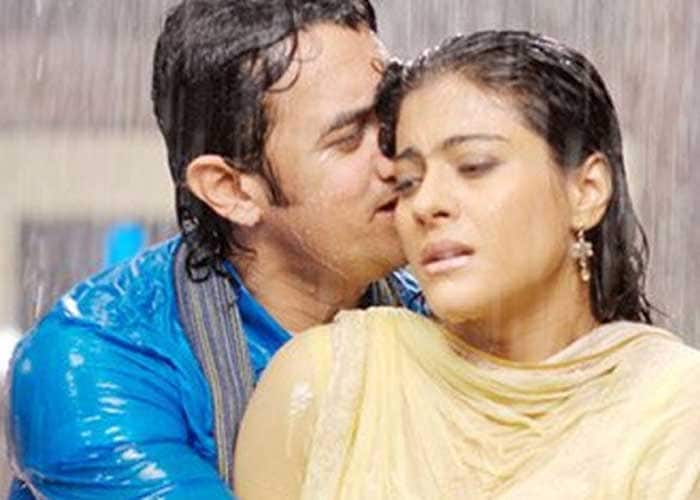 Most actresses don't really make an impression with their comeback vehicles but here again Kajol proved herself a trendsetter. She returned to the big screen in 2006, with Kunal Kohli's Fanaa, one of the highest grossing films of the year. The film also marked Aamir Khan's first project with Yash Raj Films. Portraying a visually impaired girl who falls in love with a terrorist in the film, Kajol won her fourth Filmfare Best Actress Award and sixth overall. 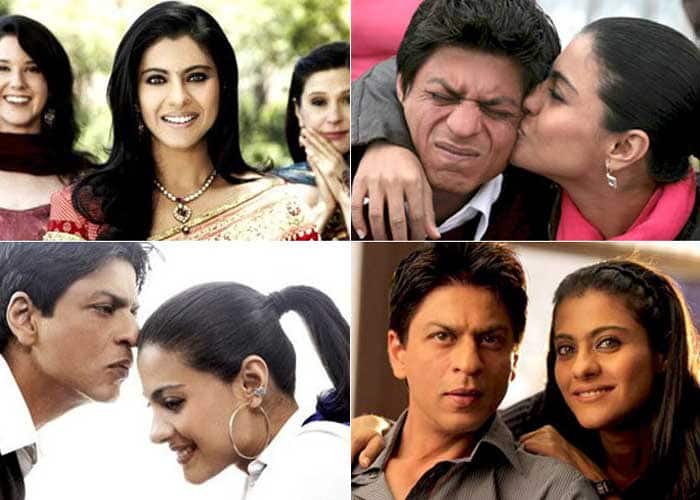 In 2010, she reunited with Shah Rukh Khan in Karan Johar's My Name Is Khan. A raging blockbuster, it marked the jodi's on screen return after nine years and Kajol won her fifth Filmfare Award for Best Actress. She became one of two actresses to have five Best Actress wins, the other actress being her aunt Nutan. 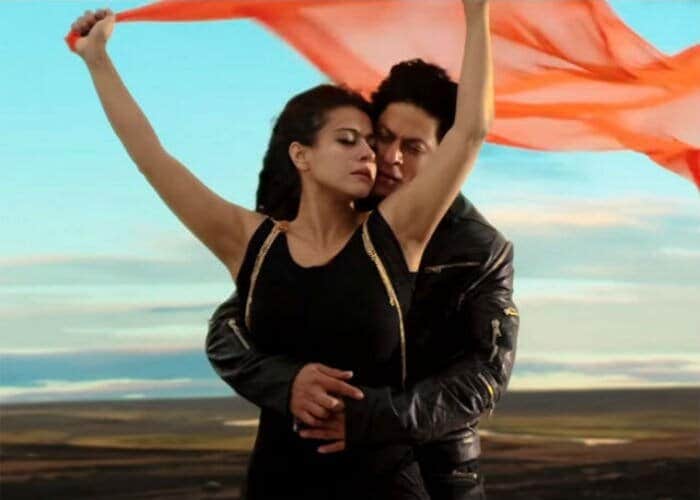 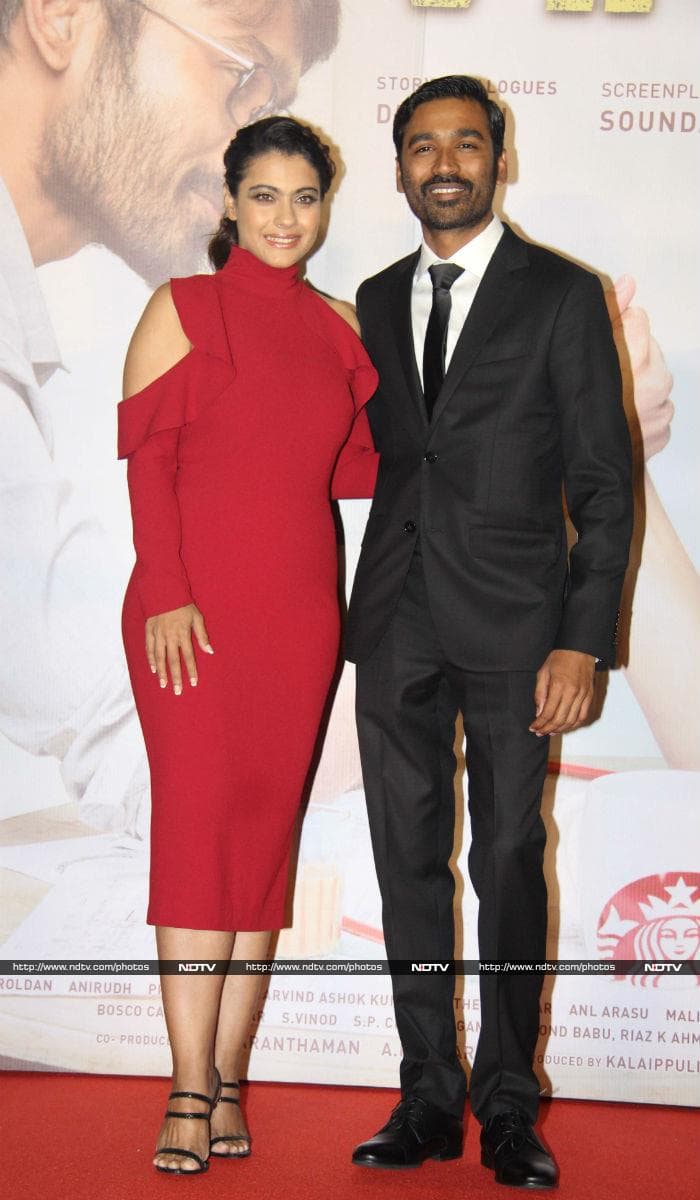 Her second Tamil film, VIP 2, opposite Dhanush released in 2017. 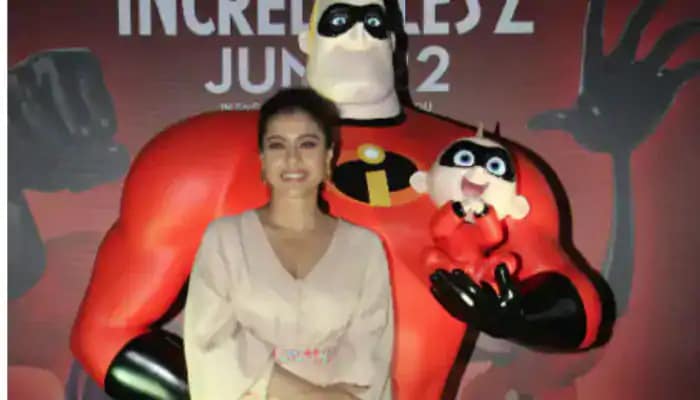 In 2018, Kajol voiced the character of Helen Parr aka Elastigirl for the Hindi version of The Incredibles 2. 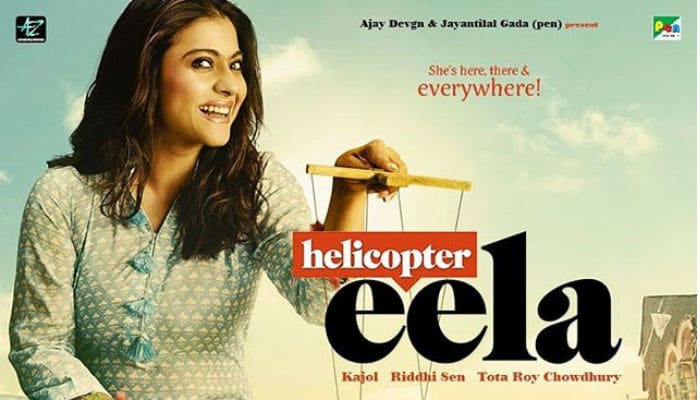 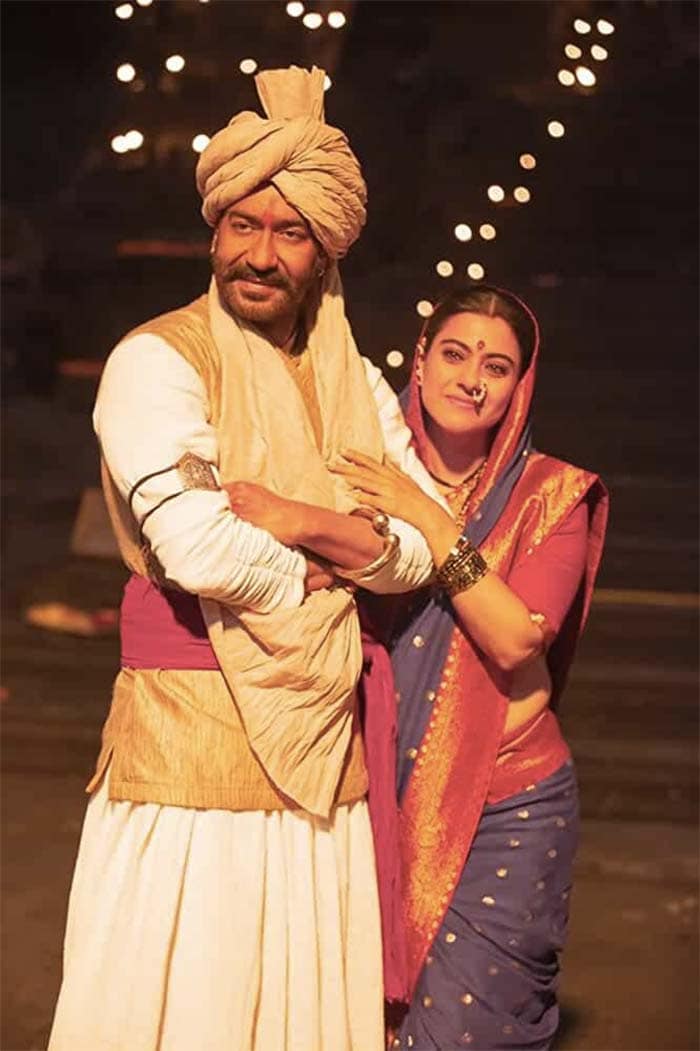 After a year's gap, Kajol co-starred with Ajay Devgn in Tanhaji: The Unsung Warrior. She played the role of the titular character's onscreen wife Savitribai Malusare. 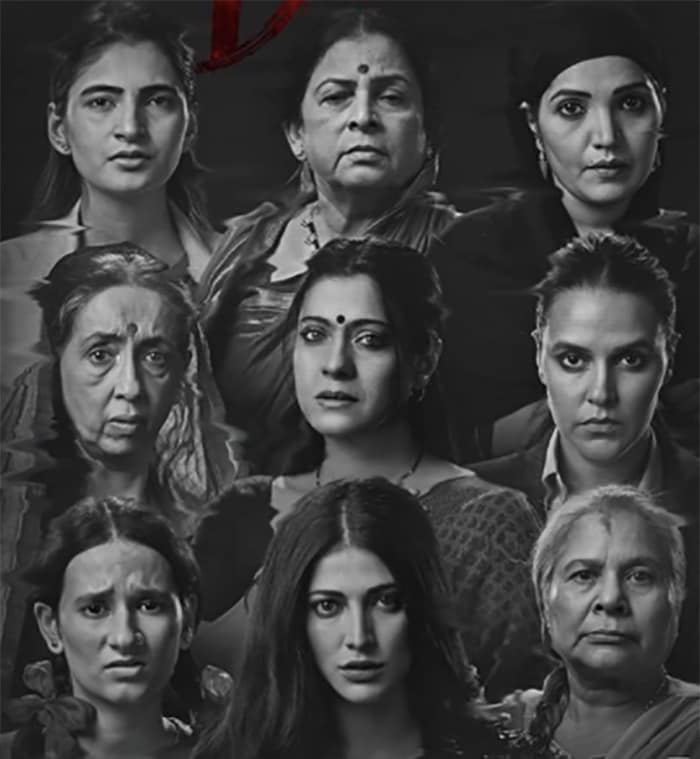 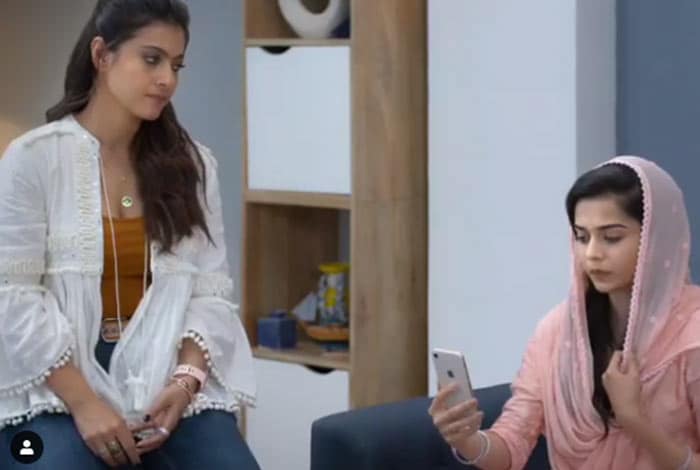 Kajol will next be seen in upcoming Netflix film Tribhanga - Tedhi Medhi Crazy, in which she co-stars with Tanvi Azmi and Mithila Palkar. 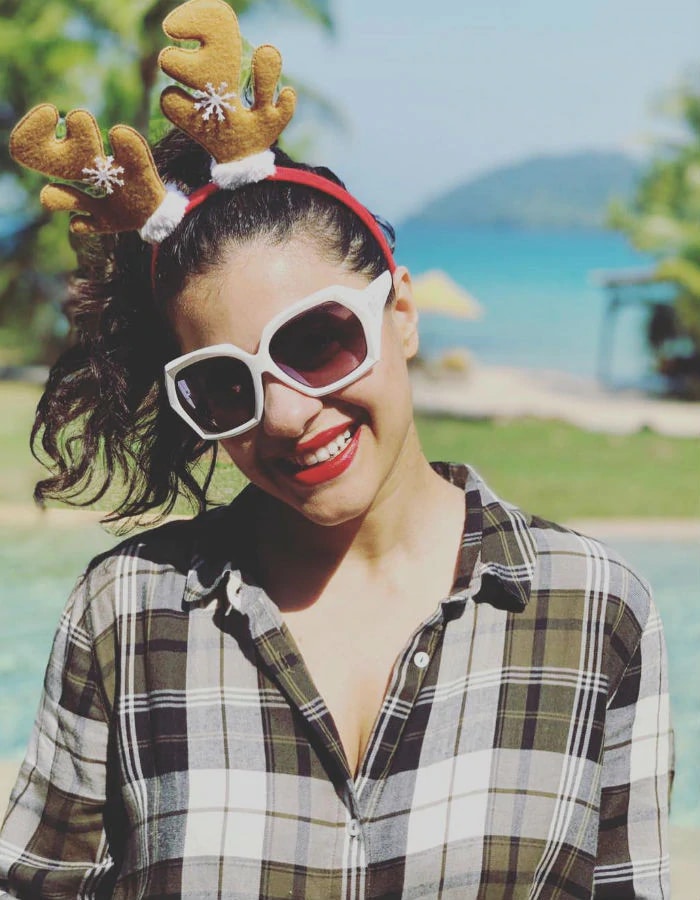 Here's wishing Kajol a very happy birthday and a great year ahead.