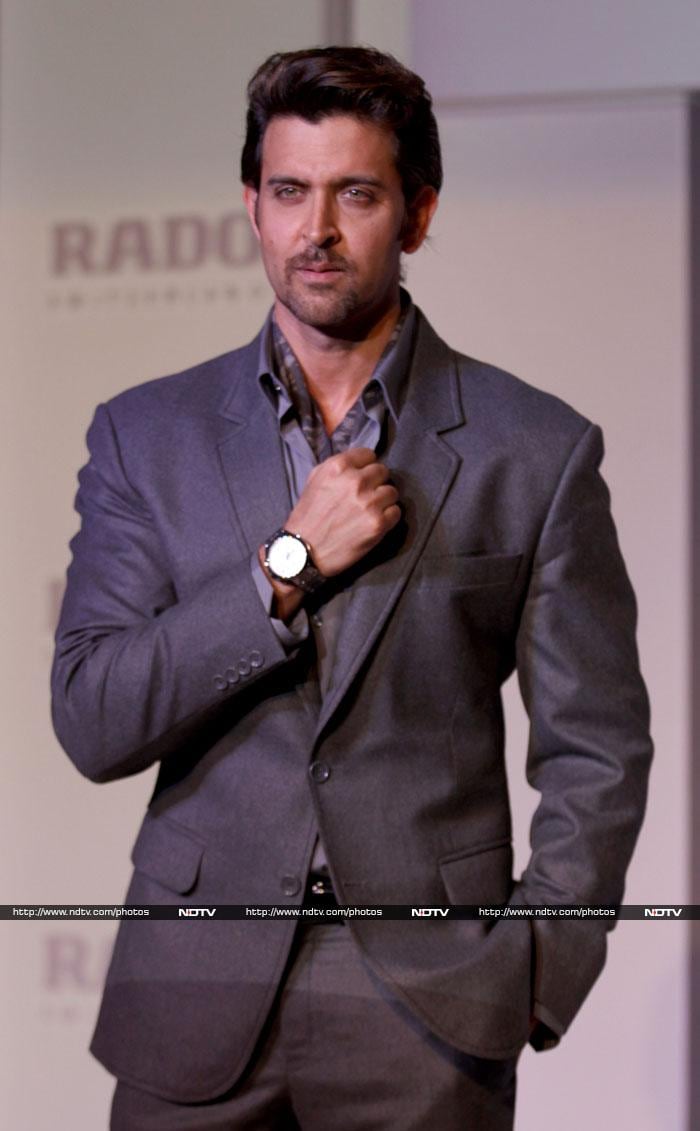 Hrithik Roshan is the quintessential Greek God as he celebrates his 44th birthday. All in all, 2017 was not a great year for the actor. In 2017, he remained in news due to a well-publicised feud with actress Kangana Ranaut and his film Kaabil also didn't do well at the box office.

As he turns a year older, we take you through a pictorial journey of his life. 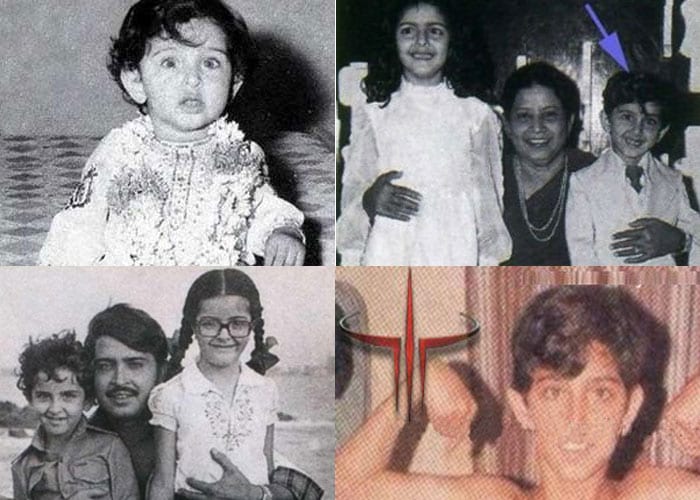 Hrithik Roshan, who was born in Mumbai on January 10 (1974), hails from an out and out filmi family. His father is film director Rakesh Roshan, while his mother, Pinky, is the daughter of producer and director J Om Prakash. Hrithik has an elder sister, Sunaina. His uncle Rajesh Roshan is a famous music director. The actor did his schooling from Bombay Scottish School and earned a bachelor's degree in Commerce from Sydenham College.

His childhood was not exactly a bed of roses and Hrithik once revealed in an interview that he suffered from health problems and a speech disorder that led to stammering in his younger days. Notwithstanding health difficulties, Hrithik was determined to make it big and displayed his acting ambitions very early in his life. As a child actor, he played supporting roles or an extra in dance groups in films like Bhagwan Dada and Aasha. 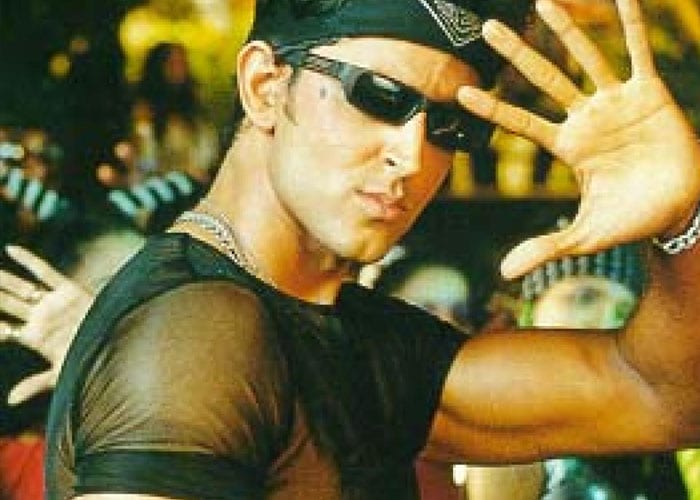 Hrithik made one of the biggest Bollywood debuts anyone has ever achieved with his father's blockbuster film Kaho Naa... Pyaar Hai in 2000. His dance moves in the song Ek Pal Ka Jeena took the country by storm and a star was born. 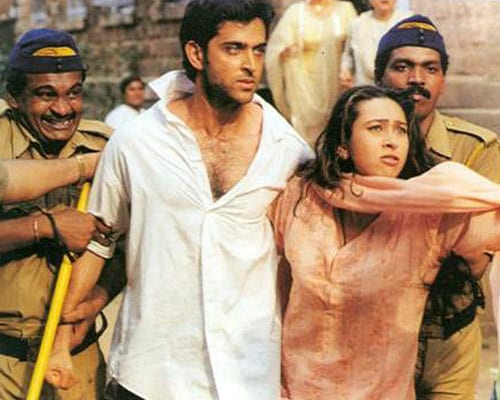 The same year he proved that he had the ability to pick his films intelligently with Fiza in which he played the role of Karisma's brother. The movie was a flop but Hrithik received rave reviews for his performance. 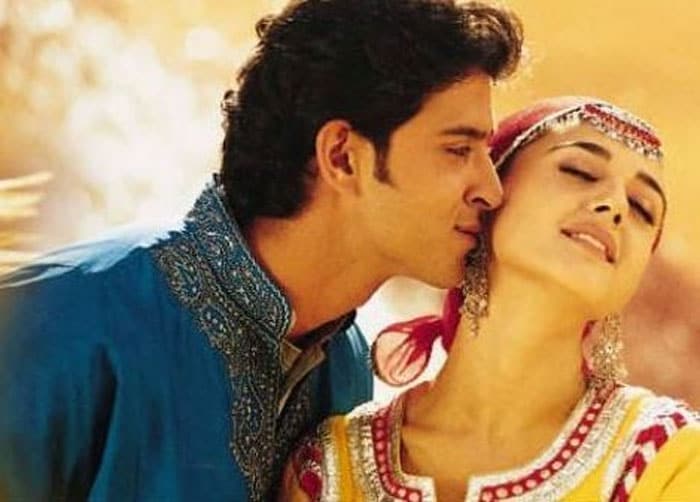 The same year he did yet another terrorist-based film - Mission Kashmir which gave him a chance to show his acting prowess. His leading lady in the film was Preity Zinta. The movie was the third highest grossing film of the year. 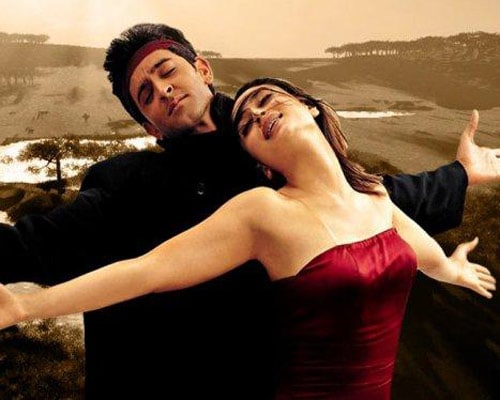 Hrithik's film in 2001 was Yaadein opposite Kareena Kapoor. The movie wasn't really a success but Hrithik and Kareena went on to star as an onscreen couple many times after this movie. 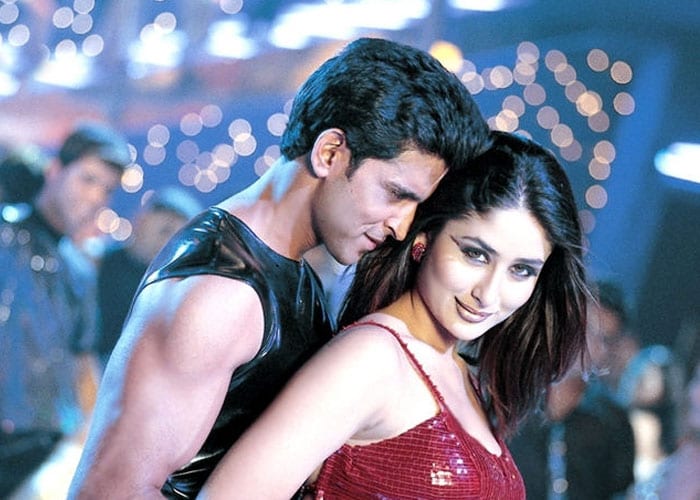 It was also in 2001 that Hrithik was made part of a huge star cast - for Kabhi Khushi Kabhie Gham - which was the second-highest grossing film of 2001. Amitabh Bachchan, Shah Rukh Khan, Kajol and Jaya Bachchan were a part of the film and Hrithik was paired opposite Kareena. 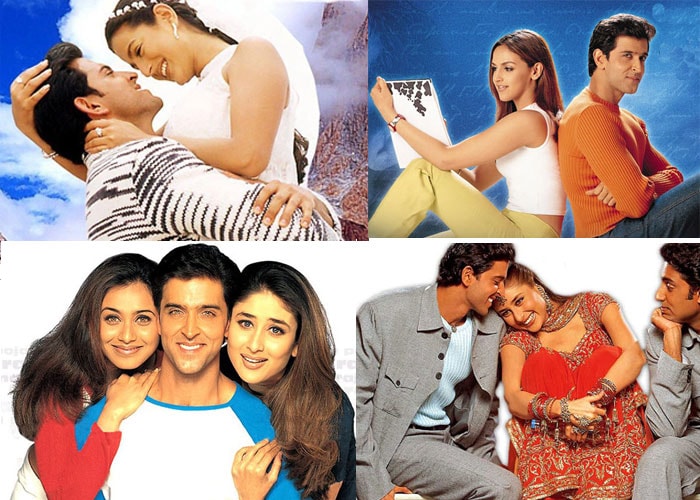 Hrithik's first major flop was Aap Mujhe Achche Lagne Lage (2002) where his first heroine, Ameesha Patel was paired with him again. The expectations from the two were very high and the film just didn't deliver. His second film the same year - Naa Tum Jano Na Hum - opposite Esha Deol - also failed to impress the audience. Mujhse Dosti Karoge - also in that year was yet another dud despite him being paired opposite Kareena and Rani Mukerji. 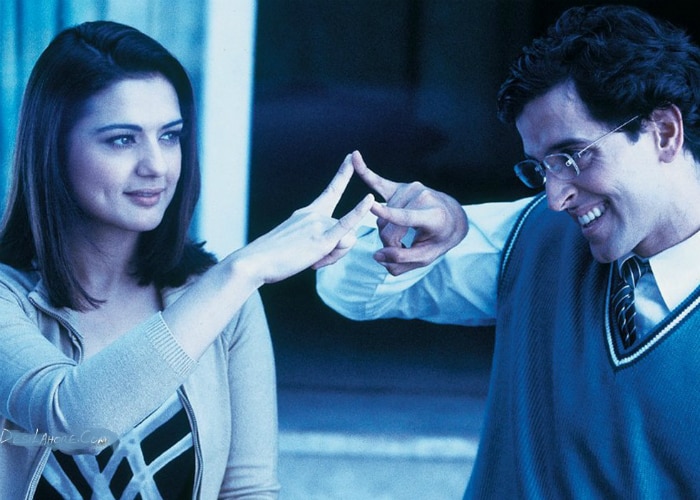 A determined Hrithik turned things around later that year and appeared in Koi Mil Gaya, a film based loosely on E.T. Despite the sci-fi angle, which was a risk since it had never been explored before in Bollywood, the film was a huge hit and earned Hrithik the popular as well as the critics' award at Filmfare. 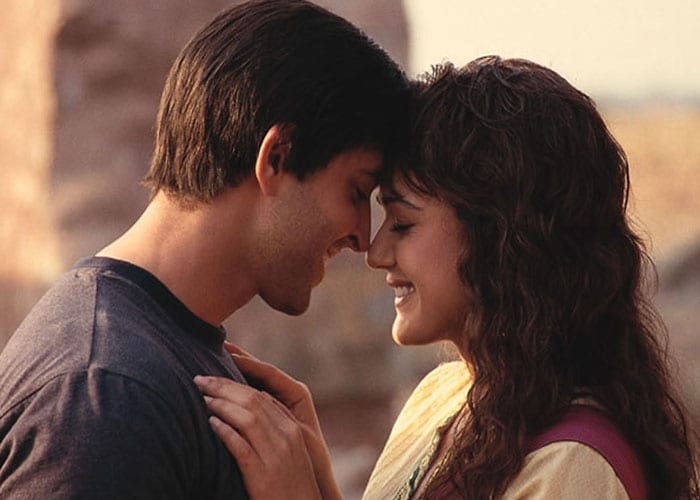 Hrithik did just one film in 2004- his childhood friend Farhan Akhtar's Lakshya. The film was a hit. Farhan even revealed that he had wanted Hrithik for his first film Dil Chahta Hai but was unable to do so because of date issues. Hrithik didn't appear in any movie in 2005, but came back with a bang in 2006 with Krrish, a super-hero film, which also clicked with the Indian audience. The film was a major box office success and became the second highest grosser of 2006 earning him the Best Actor award at most ceremonies. One of Hrithik's biggest and most appreciated films till date is Dhoom: 2, in 2006, where he played the super suave international thief Mr A. His role, though a negative one, fetched him his third Filmfare Best Actor award. 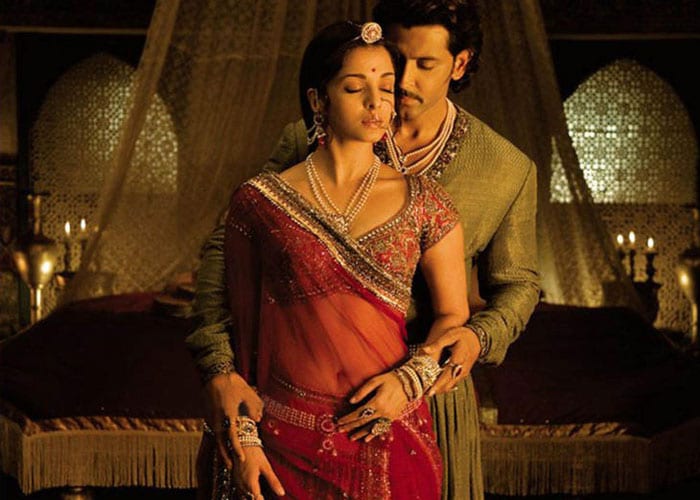 Another dry year for Hrithik was 2007 when he appeared in no movie. However, when people saw Ashutosh Gowariker's magnum opus Jodhaa Akbar (2008), they understood why - because Hrithik was busy perfecting his skills and chemistry to play emperor Akbar opposite his Dhoom 2 partner Aishwarya who played his wife in the movie. 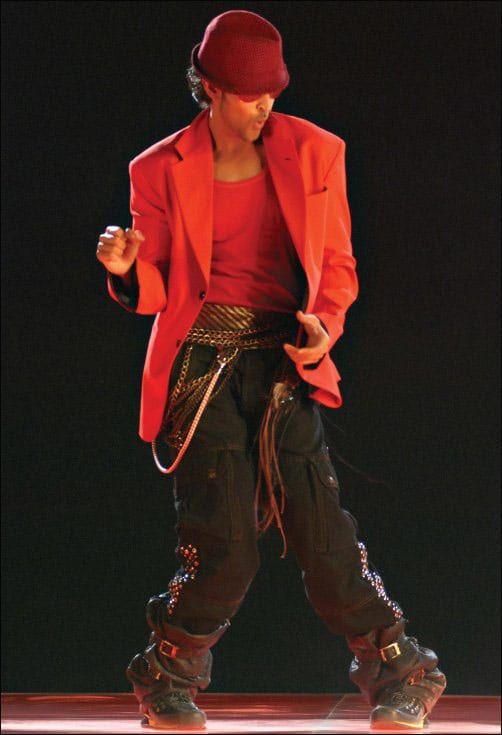 We next saw Hrithik in a cameo item number in Krazzy 4 (2008). Once again, he stunned everyone with the superb dancing. 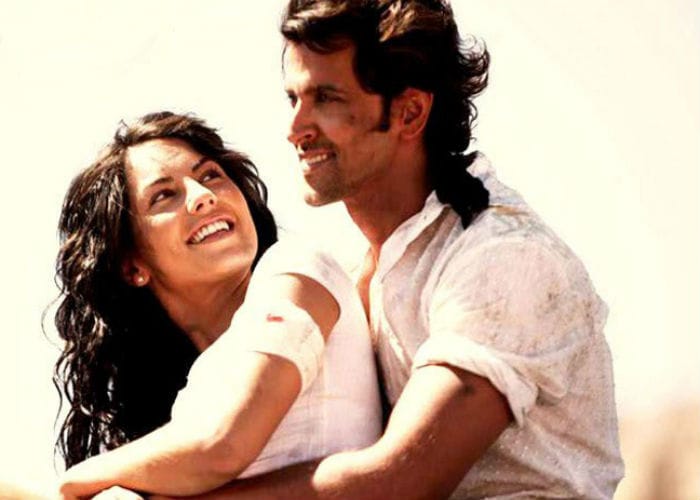 Hrithik's Kites was one of the most-eagerly awaited films of 2010 but it failed to do well at the box office and is remembered more for Hrithik's bond with Barbara Mori than anything else. 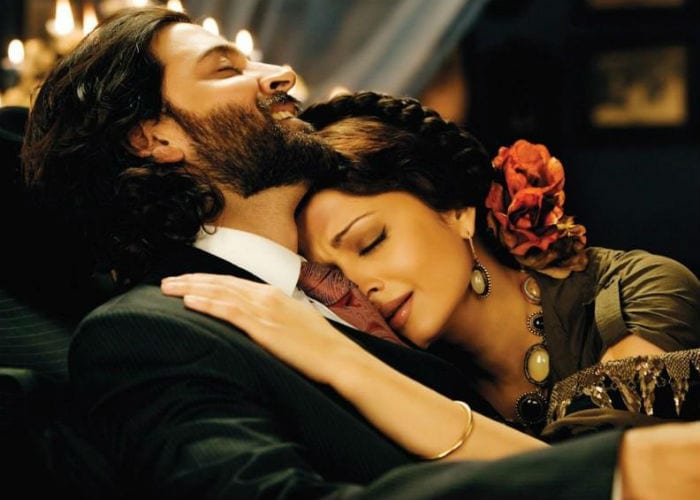 Hrithik's performance as a quadriplegic in Guzaarish (2010) opposite Aishwarya Rai Bachchan, will go down as one of the finest ever in Bollywood. The film failed to deliver at the box office but Hrithik received rave reviews for his performance. 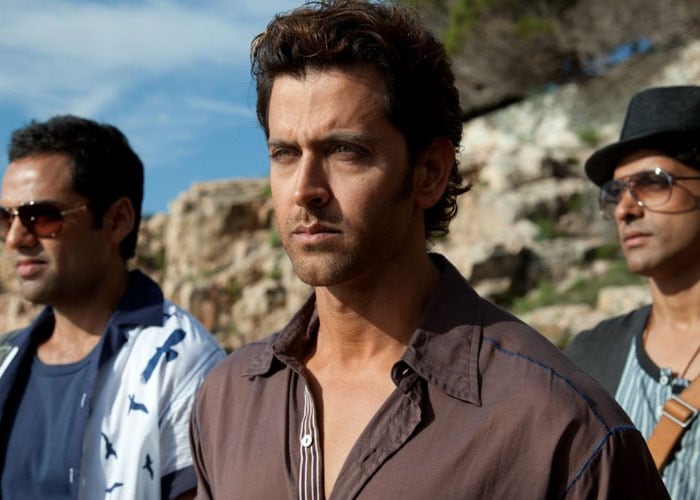 In Zindagi Na Milegi Dobara (2011), Hrithik Roshan for the first time, did a role that was slightly offbeat and closer to reality and the movie helped him unleash his potential as an actor. The movie was declared a super-hit both in India and overseas. In 2012, Hrithik reprised the role of Vijay Deenanath Chauhan in Karan Johar's blockbuster film Agneepath. The film, a remake of the 1990 Amitabh Bachchan classic of the same name, broke all opening-day records till then and is considered his most successful film so far. In 2013, Hrithik's superhero film Krrish 3 - a sequel to Koi... Mil Gaya and Krrish, was a huge success and was the first to shatter 3 Idiots' three-year run at the top of the blockbuster lists. Hrithik's next release Bang Bang! was with Katrina Kaif in 2014. The film was a runway hit and set the cash registers ringing at the box office. 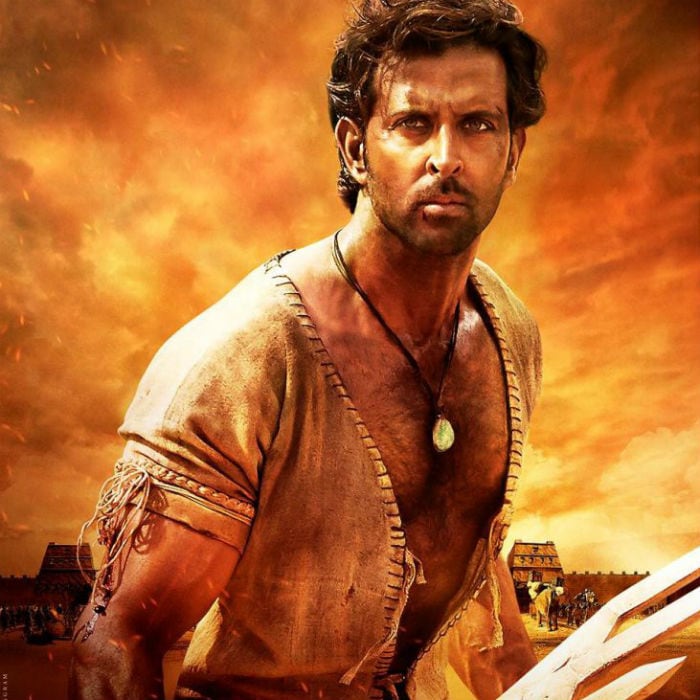 After a year's gap, Hrithik teamed again with Ashutosh Gowariker for another period piece Mohenjo Daro. The film released in August 2016 along with Akshay Kumar's Rustom. Mohenjo Daro received flak for historical inaccuracies while Rustom was movie-goers favourite. 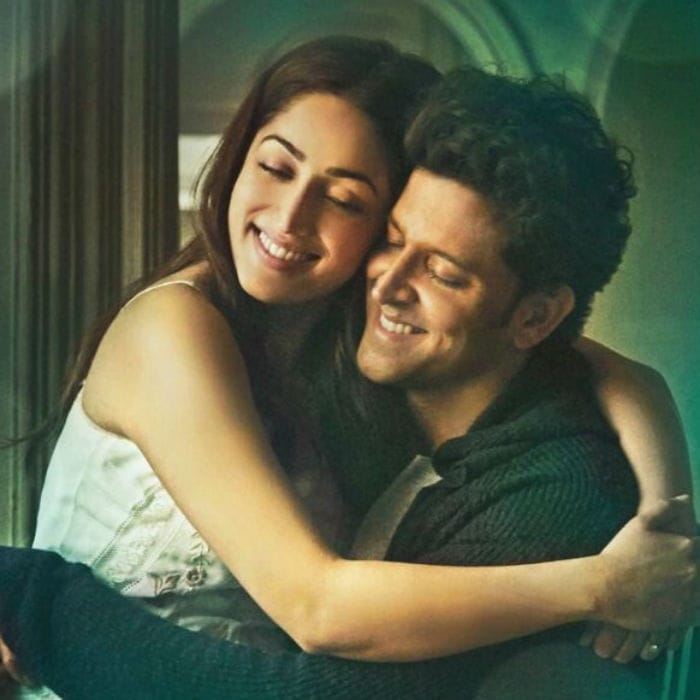 Then released Hrithik's Kaabil which collided with Shah Rukh Khan's Raees. Both films released on January 25. 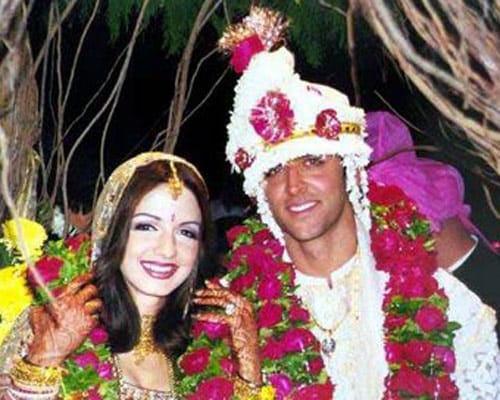 On a personal note, Hrithik married his longtime girlfriend Sussanne Khan in 2000. 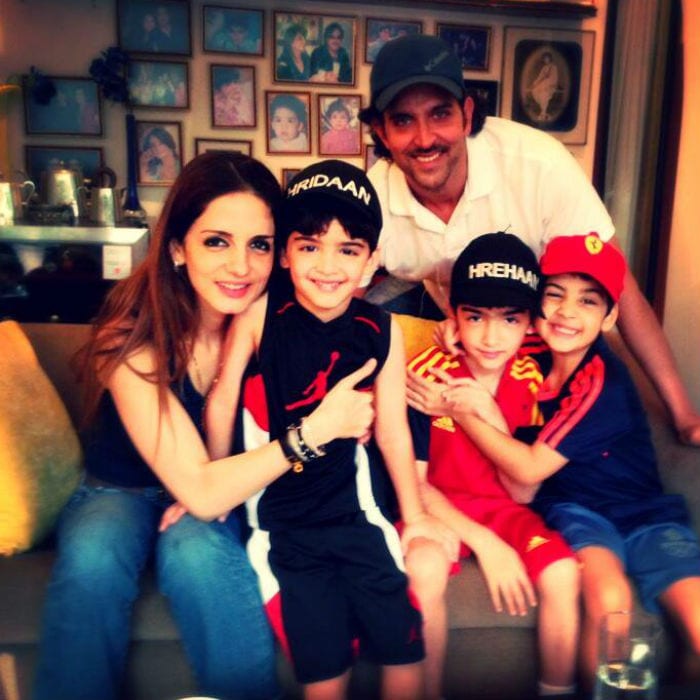 Their first son Hrehaan was born in 2005 while his second son Hridhaan in 2008. 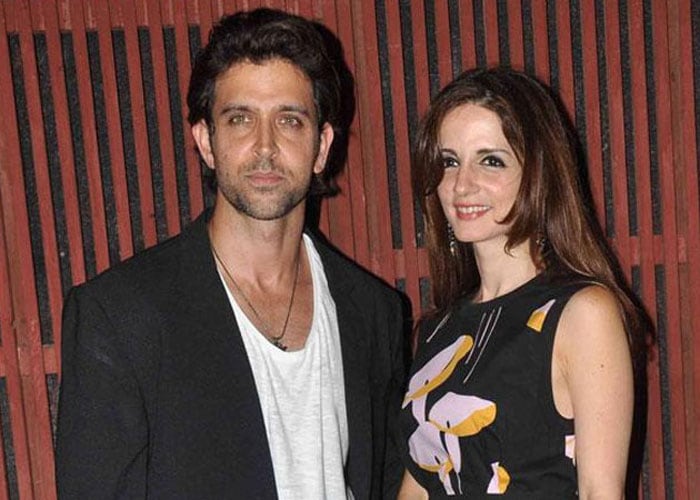 However, Hrithik and Sussanne's marital bliss proved to be short-lived and on December 13, 2013, the actor announced Sussanne's decision to end their marriage via an official statement. The actor clarified that would will forever remain the love of his life. "This is my greatest tribute to love. Sussanne is and always will be the love of my life for the rest of my life," the actor posted on his Facebook page. In her statement, Sussanne said that the separation was their "own individual choices". They were formally divorced in November in 2015. 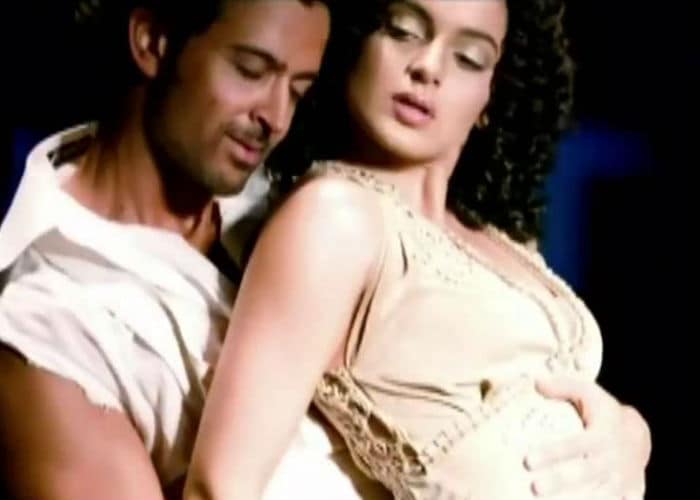 In most 2017, Hrithik Roshan made news due to his very public feud with actress Kangana Ranaut over a disputed romantic relationship - she says they dated, he denies it. Hrithik and Kangana co-starred in Kites and Krrish 3. 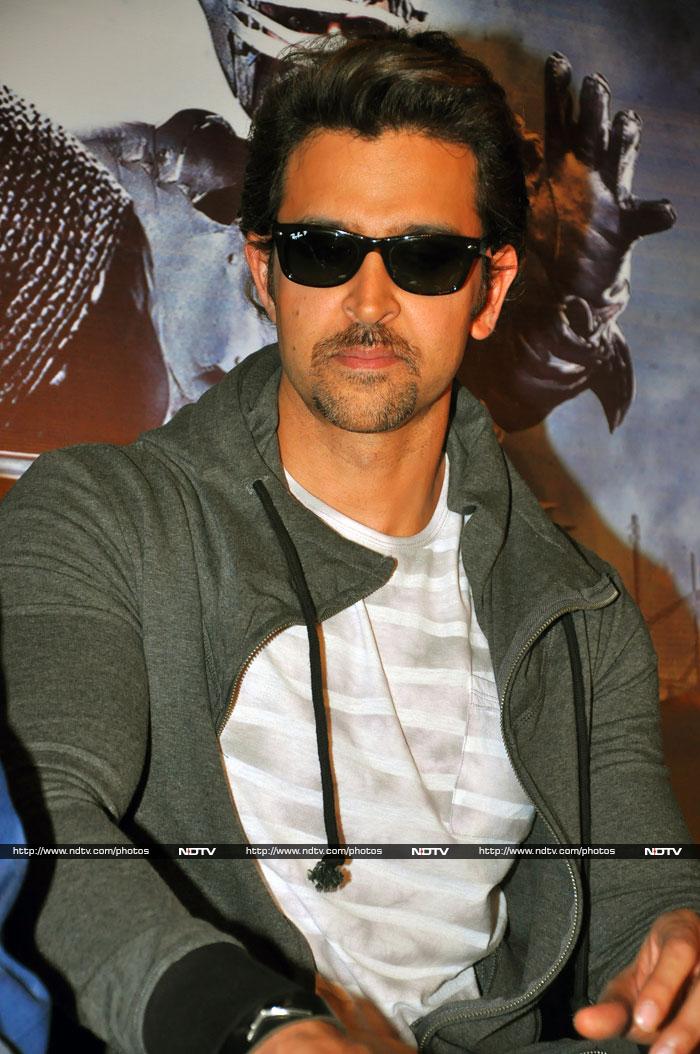 Wish Hrithik a very happy birthday and a great year ahead.