Salman power has revved up the box-office once again. The actor, currently recuperating after a complicated surgery for a nerve disorder in the US, has much to celebrate. He has only himself to compete with, as new release Bodyguard collects a jaw-dropping Rs 22 crore on its first day. 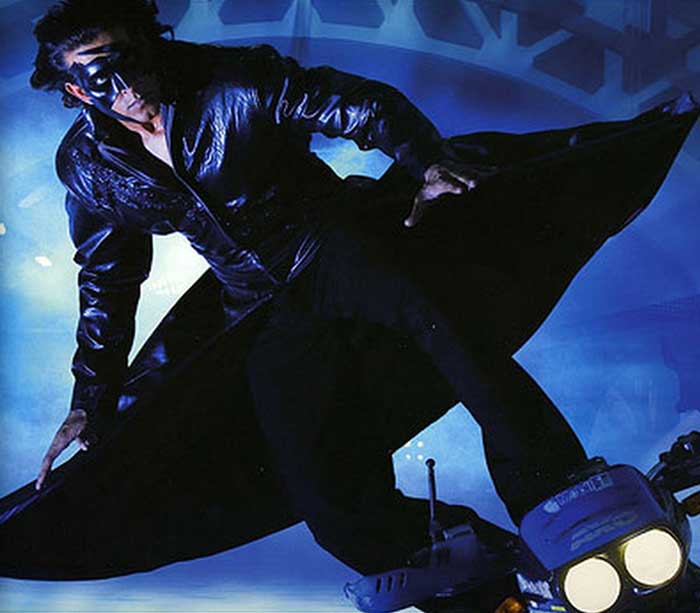 Bollywood is experiencing a new kind of gold rush. Films are raking in the big bucks even before a single frame is shot.
Rakesh Roshan has reportedly pocketed a cool 125 crore from selling his next in the Krissh franchise. While Hrithik is on a roll with Zindagi Na Milegi Dobara, the selling price shows the confidence in the set-up and the reputation of the father-son duo. 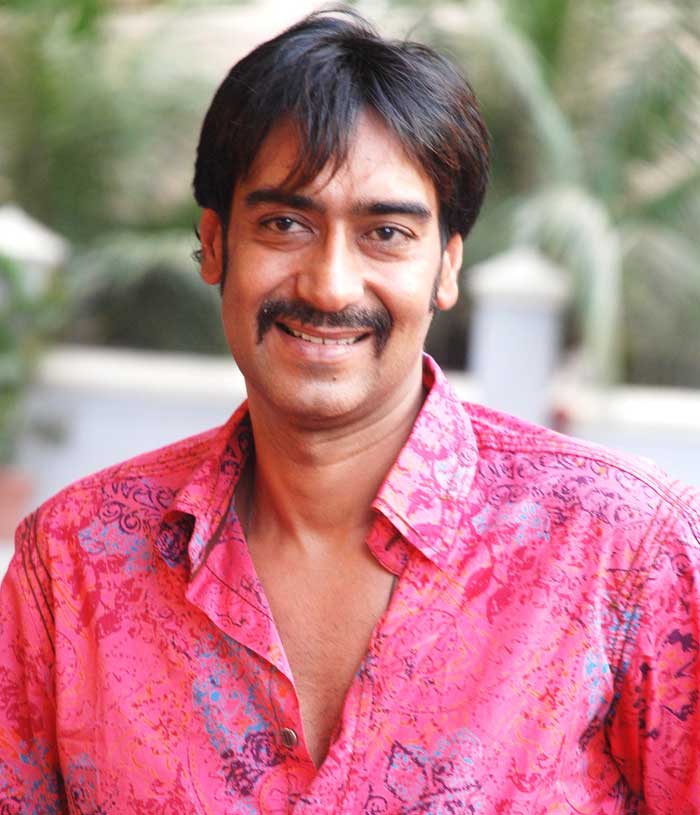 Another actor on high, Ajay Devgn has netted 80 crore for Son Of Sardar. Call it the sheen from the success of Singham, star status or the double-shot of confidence in a film which is a remake of the Telugu comedy thriller blockbuster, Maryada Rammana. 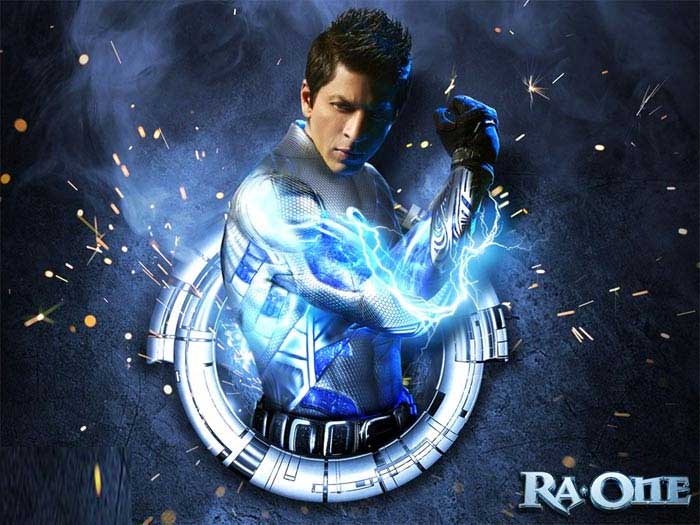 If some filmmakers are picking up the gold trail early, others aren't lagging behind either. Shah Rukh Khan's multi-crore superhero flick RA.One, jointly produced by his company Red Chillies Entertainment and its partner Eros International, is making money before it releases this Diwali.
The film, which has been produced at a reported budget of 125 crore, is expected to rake in revenue upwards of 250 crore. Ra. One's formula to strike gold - multiple streams, including domestic theatres, overseas distribution, satellite and music rights, digital and home videos, merchandising and gaming. 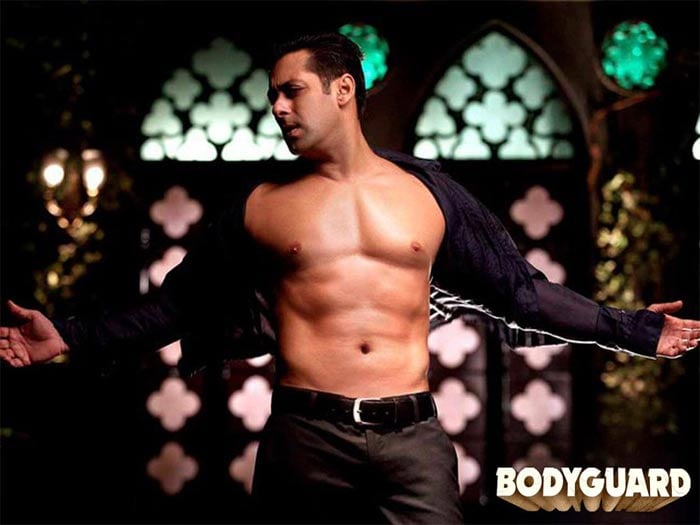 Salman power has revved up the box-office once again. The actor, currently shooting with Katrina for Ek Tha Tiger in Dublin, has only himself to compete with now, since his film Bodyguard collected a jaw-dropping Rs 22 crore on its first day.

Starring Kareena Kapoor, the largely one-man show released on Eid-ul-Fitr on Wednesday, August 31. And in its first week, this Bodyguard knocked the socks of his competitors with an estimated collection of 100 crores. 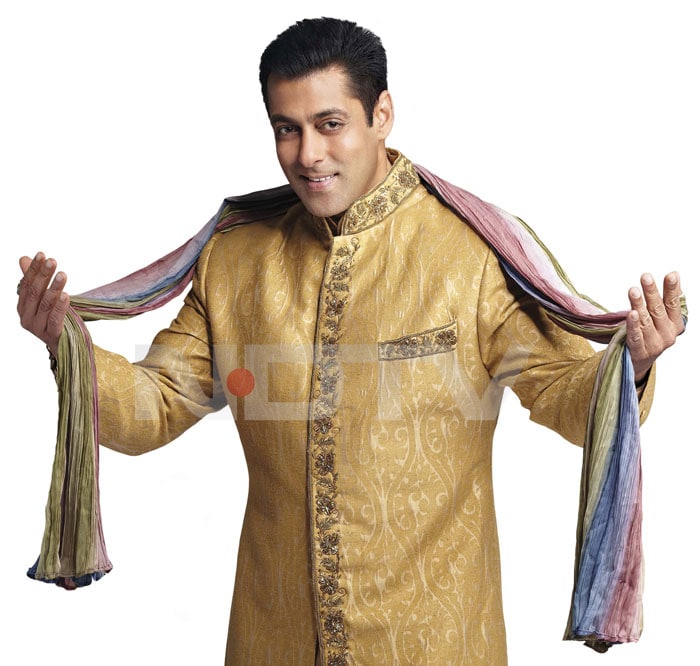 In June this year, another Salman starrer brought the much needed respite to the box office grossing Rs 41 crore over the opening weekend. Ready earned Rs 13.5 crore on its opening day. It's officially a super-duper hit collecting a whopping Rs 120 crore at the box-office. 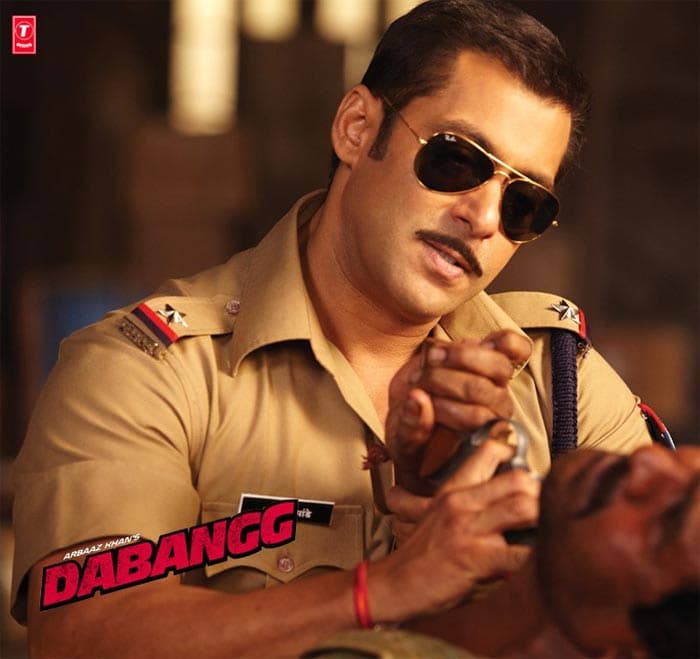 Salman's Dabangg which opened on Eid in 2010, netted Rs 14.5 crore on opening day. Described by trade analysts as “earth-shattering”, the film went on to collect Rs 213 crore worldwide and was widely declared an all-time blockbuster in the second week of its release. 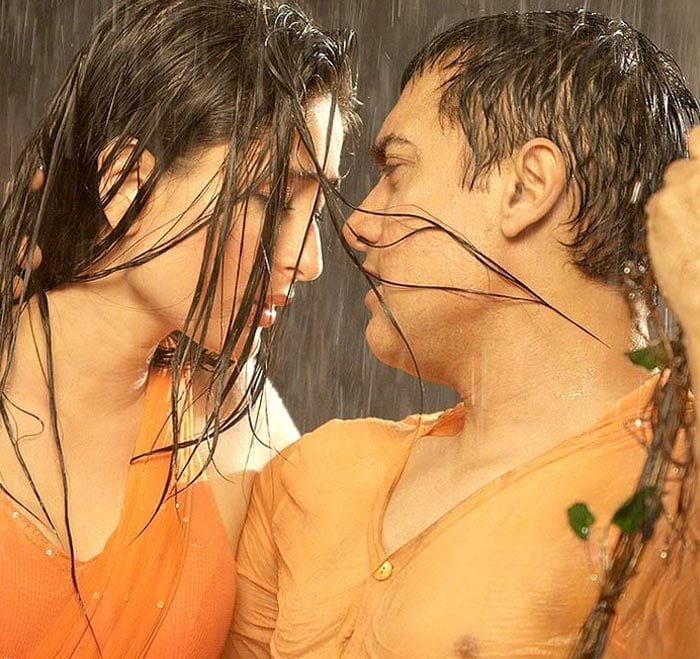 Aamir's delightful 2009 film, 3 Idiots, shattered a slew of records on its release. The film collected 13 crore on its opening day. Made on a budget of Rs 45 crore, the film hustled to top rankings in the US market as well - turf held by Shah Rukh Khan. We all expected Farah Khan's full-on masala flick Tees Maar Khan to open big, and that it did, netting Rs 12.82 crore on day one. The film was unable to sustain the initial euphoria though, despite Katrina Kaif belly dancing to Sheila ki jawaani. 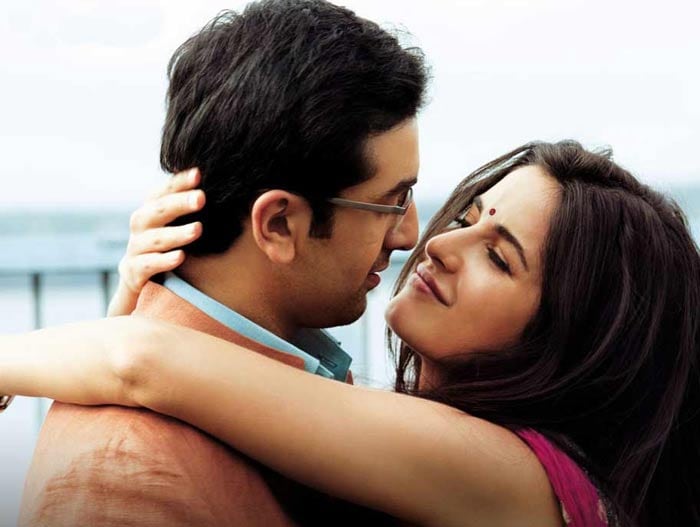 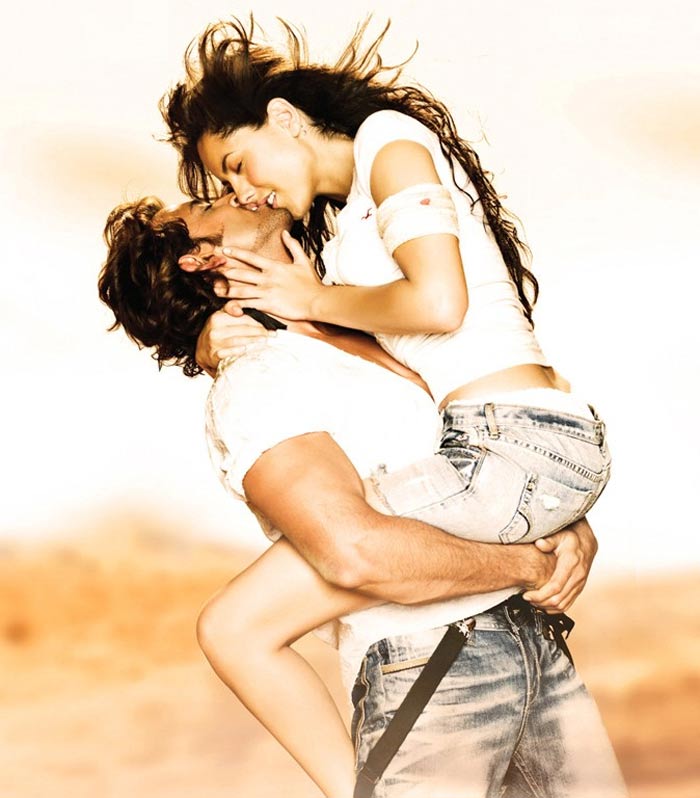 The huge buildup around Hrithik Roshan's Kites powered it to a hit opening day collection of Rs 10.08 crore. But Kites drew flak for its floundering plot and predictable turns. Even the romance between Hrithik and Mexican actress Barbara Mori, touted as a selling point, failed to take off and was widely panned. 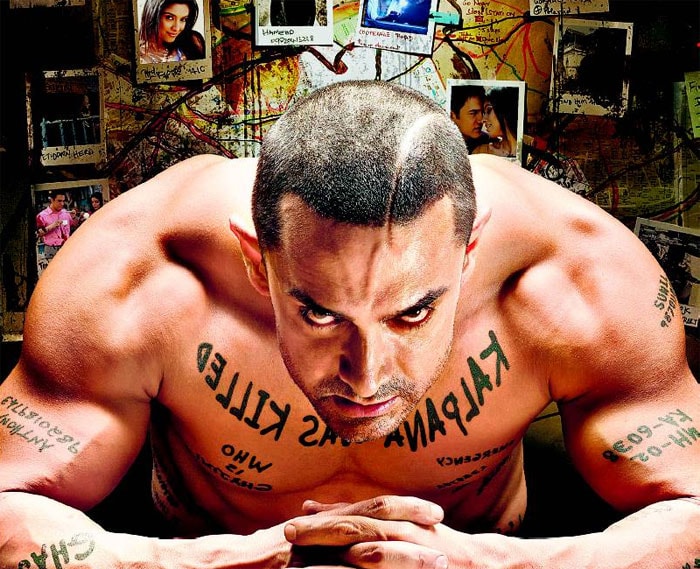 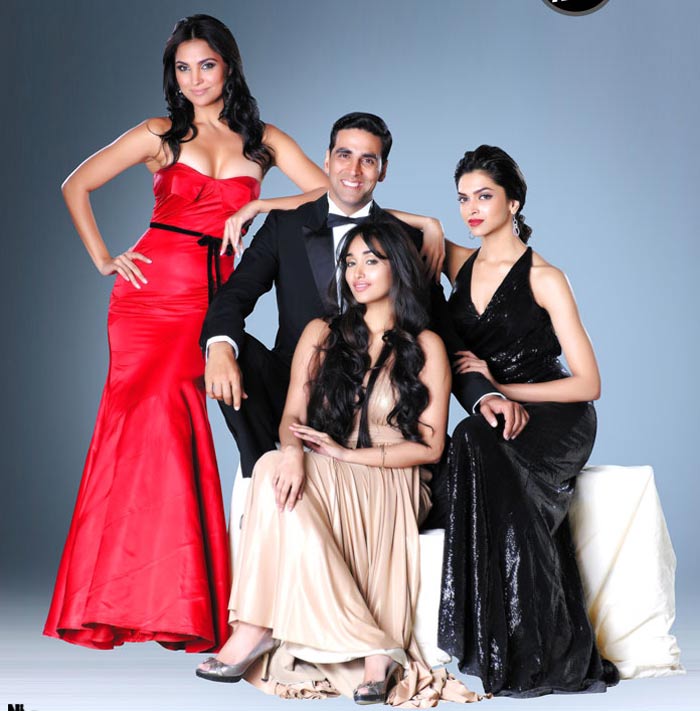 The 2010 comedy, Housefull sailed to a big opening of Rs 9.32 crore on the first day. However, critics panned the film for its weak humour, many even saying the attempt at humour was lame and painful. 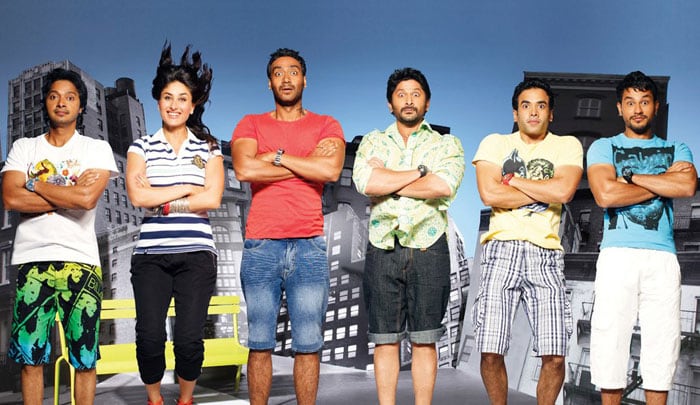 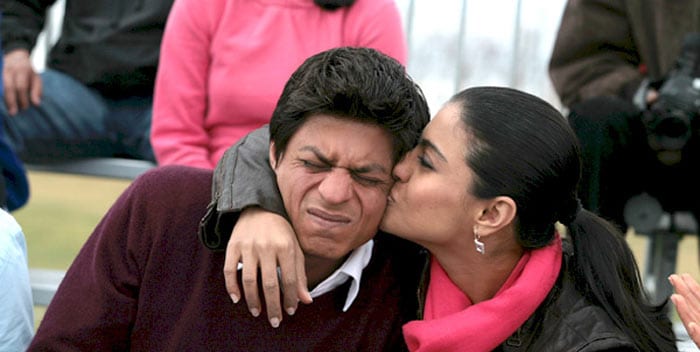 With Kajol and Shah Rukh uniting on screen after several years, My Name is Khan (2010) was destined to shatter trade records. Raking in Rs 8.16 crore on the opening day, the film is currently the third highest grossing Bollywood film according to worldwide gross collections. 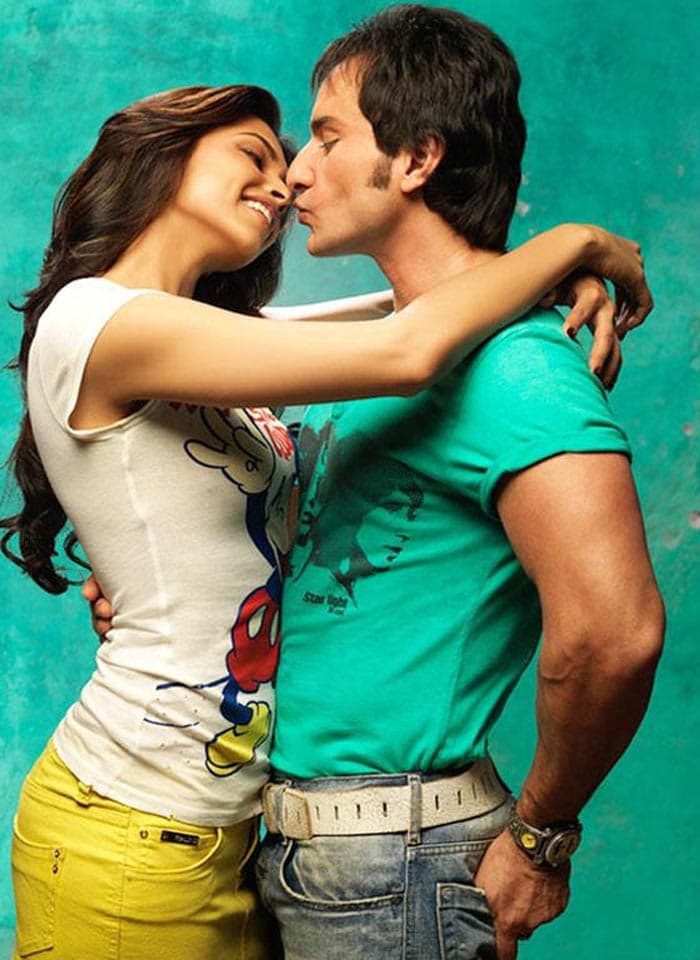 Saif Ali Khan's first production Love Aaj Kal (2009) was lapped up the audience, netting a cool opening day collection of Rs 8.02 crore. The film performed well overseas too, holding its own and staving off challenge from the Priyanka Chopra and Shahid Kapoor's Kaminey.

Coming Up: Bollywood's mid-term performers of 2011. 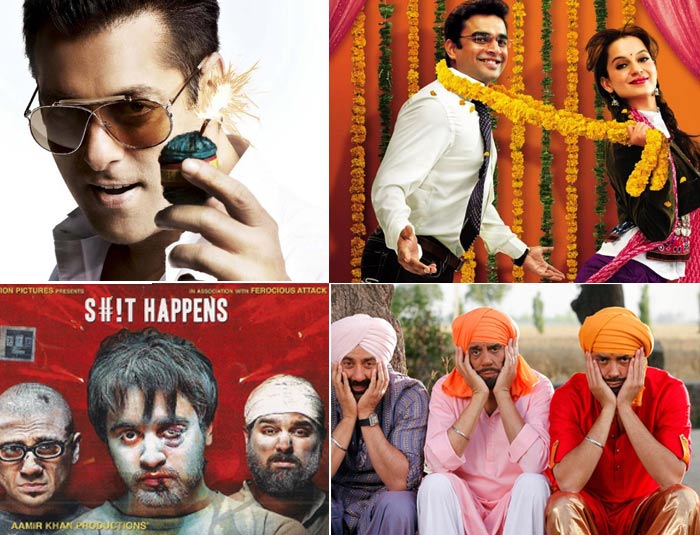 Staving off fears of losing its fan base to cricket in a country intoxicated after a tantalizing World Cup win on home soil followed by the glitzy IPL, Bollywood crosses the mid-year mark in 2011 with a good story to tell. The first half of 2011 saw investments of 300-350 crore in the Hindi film industry, compared to the 600 crore in 2010. Approximately 150 crore has been lost this year so far. 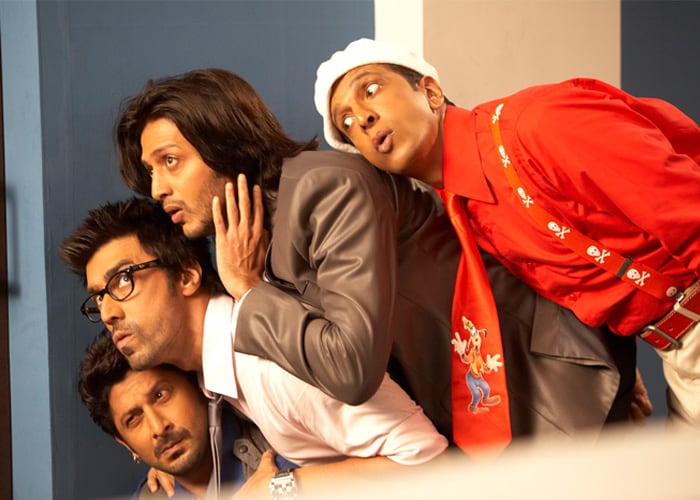 Reliance Big Pictures' Double Dhaamal comes in at number 2, with a collection of 46 crore so far. 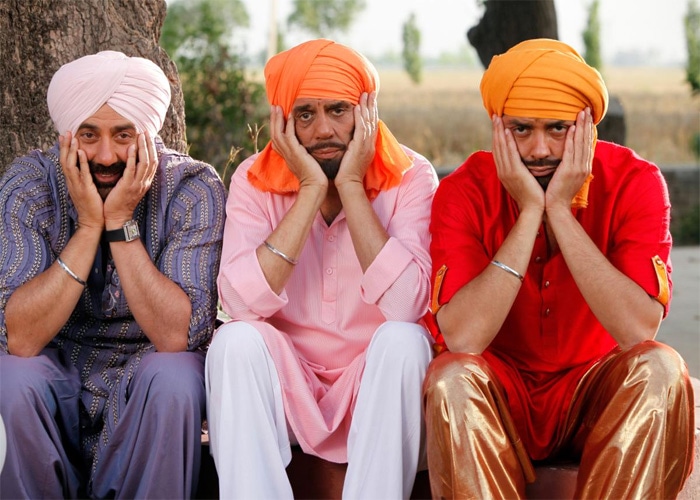 When the Deols come together, they do the bhangra all the way to the bank!

After Apne, Dharmendra and his two sons Sunny and Bobby starred in Yamla Pagla Deewana.

Made on a reported budget of around 24 crore, the film was a hit with a collection of 55 crore. 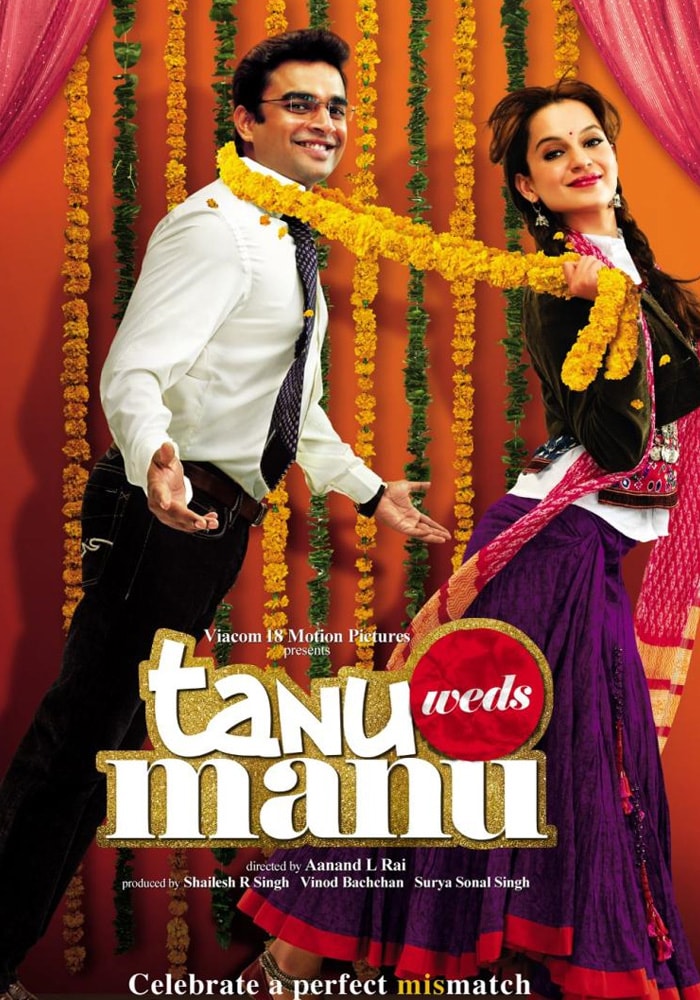 The Madhavan-Kangana rom-com Tanu Weds Manu, made on a reported budget of 17.5 crore, performed well at the box office particularly in Delhi, Indore, Bhopal and Kanpur, collecting 38.75 crore. 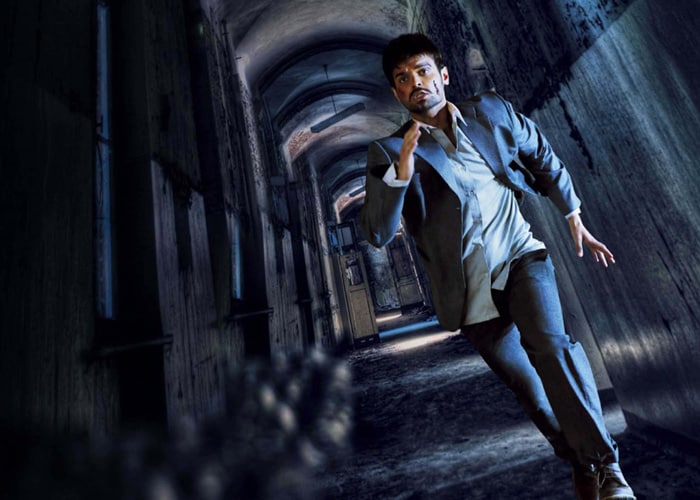 Bringing in more than expected is Vikram Bhatt's Haunted 3D.

Perhaps a change of name for Mithun Chakraborty's son from Mimoh to Mahakshay added the much-needed luck to this horror flick. The reported collection of the film: 26.25 crore. 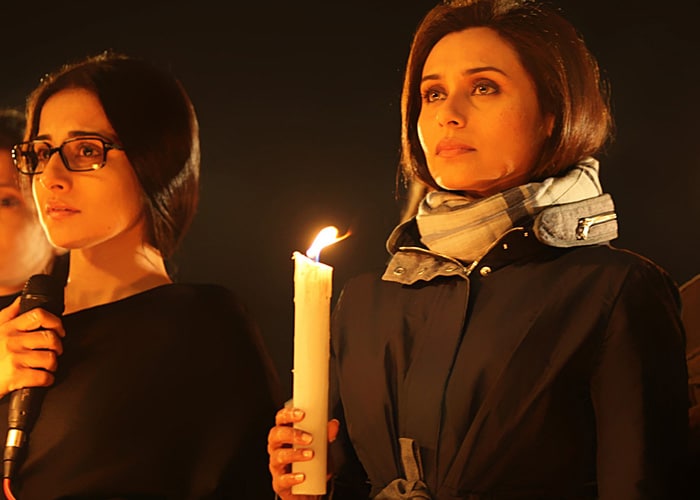 A film expected to revive Rani Mukherjee's eroding star power at the box office, No One Killed Jessica collected 29.25 crore and managed to add much-needed sheen to the actor's now flagging career. 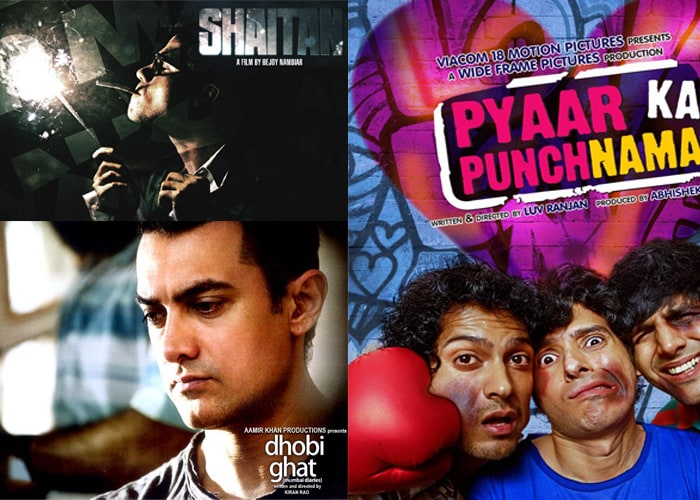 Several low-budget films with strong storylines, such as Shaitan, Pyaar Ka Punchnama, Dhobi Ghat and Ragini MMS, did quite well. 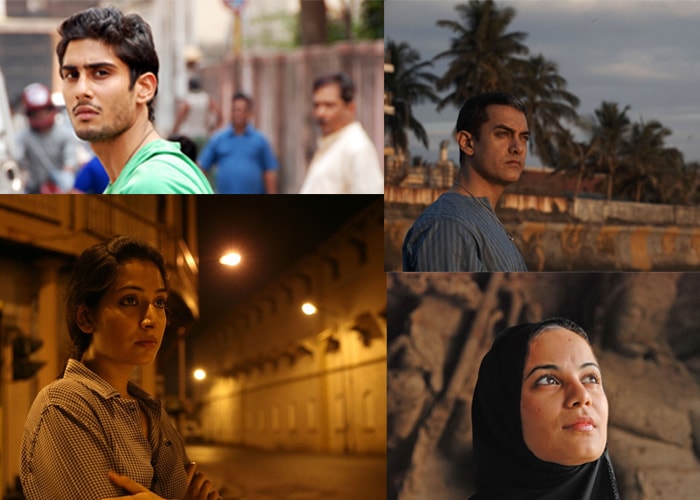 “The kind of budget the film was made at, it's a very successful film. It made double the money it had cost us to make the film,” he said. 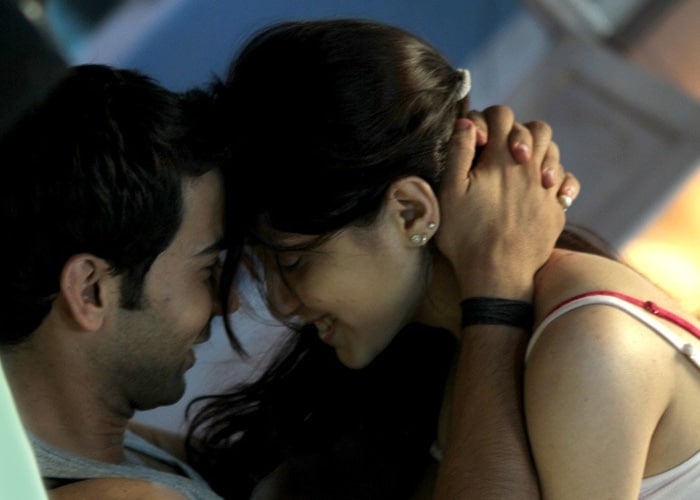 Another film with newbie actors in the lead, Ekta Kapoor's paranormal thriller Ragini MMS,, lived up to the pre-release hype, generating 10.7 crore at the box office. Coming up: The next quarter begins with a bang! 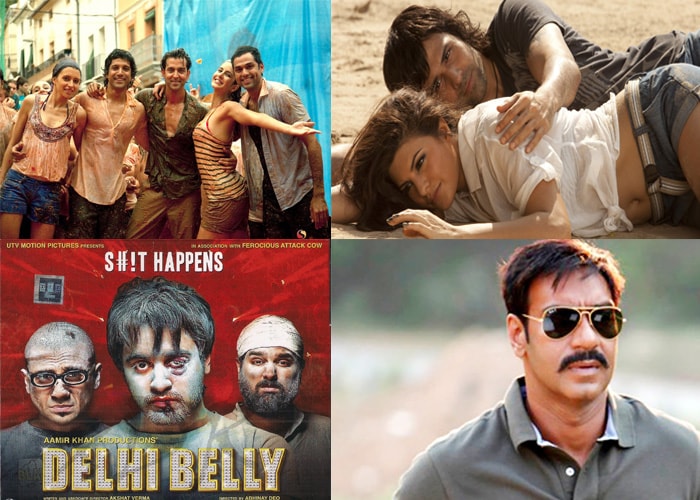 Business is booming in Bollywood in July with youth-centric flicks like Delhi Belly and Zindagi Na Milegi Dobara raking in big bucks.

The sequel flick Murder 2 is doing well, as is Ajay Devgn's tough cop act in Singham. Some reported earnings for July are pegged at 210 crore so far, the highest-ever for July. 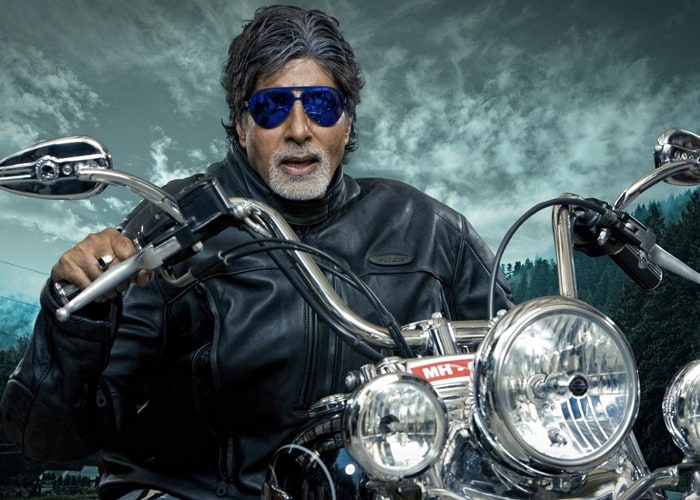 But it's not just the youth flicks that are cleaning up at the box office.

Amitabh Bachchan's Bbuddah Hoga Terra Baap holds its own, though upstaged by Delhi Belly at multiplexes. 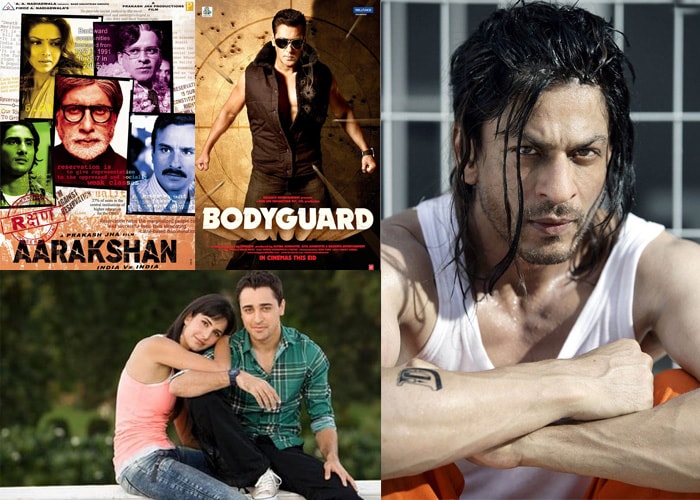 Good films, big money – the industry and fans are set for a huge treat.