The Suave Arun Jaitley, an Old Friend of the New Prime Minister 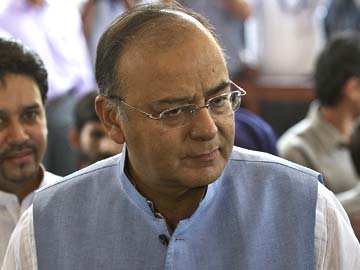 Arun Jaitley has been associated with the BJP for decades and will hold a major portfolio in the new government.

Arun Jaitley who was sworn in as a minister in Narendra Modi's Cabinet on Monday, is in charge of the Finance and Defence Ministries.

The suave, sophisticated and articulate lawyer-turned-politician, Arun Jaitley, 61, is among the few BJP leaders who share a good rapport with Narendra Modi. Ties between the two party heavyweights go back a long way.

In the early 1990s, Mr Modi was an up-and-coming BJP leader, while Mr Jaitley had earned his name as a lawyer with a bright future. Party old-timers recall that the two leaders used to spend a lot of free time together, roaming around the streets of Delhi on Mr Jaitley's scooter.

It is a measure of Mr Modi's trust in his old friend that, despite losing the Lok Sabha election from Amritsar, Mr Jaitley has been given such top posts in the Union Cabinet. Along with Rajnath Singh, Nitin Gadkari and Amit Shah, Mr Jaitley has come to form the core team of Mr Modi. On crucial issues, it is Mr Jaitley's advice which is sought, and cherished.

Unlike his contemporaries, Mr Jaitley started his political career a bit late. He was inducted into the Union Council of Ministers by Atal Bihari Vajpayee in 1999, and was assigned the independent charge of the information and broadcasting ministry. He made his debut in Parliament in 2000, when he was elected to the Rajya Sabha from Gujarat. He was later elevated, and drafted into the Cabinet with the charges of the disinvestment and law and justice ministries. In 2003, he was entrusted with the portfolios of commerce and industry.

Promoted
Listen to the latest songs, only on JioSaavn.com
After the Vajpayee government was voted out of power, Mr Jaitley was made a BJP general secretary. He also became its chief spokesman, articulating the party's views on critical issues with dexterity. In 2009, he replaced Jaswant Singh as Leader of the Opposition in the Rajya Sabha.

Mr Jaitley was one of the earliest backers of Mr Modi.