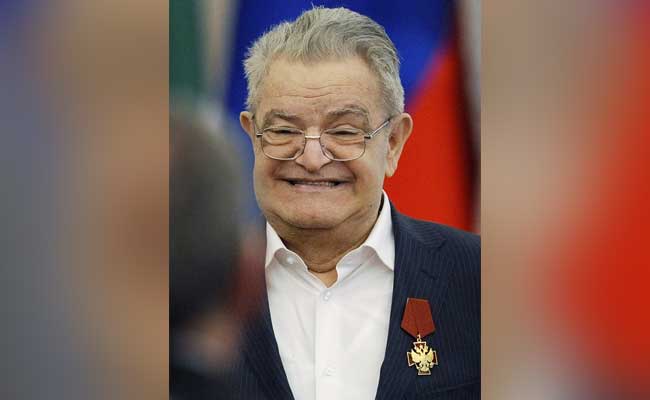 Moscow: Soviet writer Fazil Iskander, whose works are known for their humourous descriptions of daily life in the Caucasus and satirical take on society under Communism, died today. He was 87.

A rare Russian author who flaunted his ethnic and provincial origins, Iskander breached political taboos with descriptions of Stalin's drunken feasts in his native Abkhazia although he never considered himself a dissident.

Born in 1929 to an Abkhaz mother and Iranian father in the the port of Sukhumi, the main city of Abkhazia -- now a separatist region of Georgia that Russia supports -- Iskander lost his father early when he was deported to Iran in 1938, where he subsequently died.

A top student, Iskander managed to get accepted into the prestigious Gorky literary institute in Moscow and worked as a provincial journalist early in his career.

He wrote only in Russian, winning over readers with his humour, compassion and regional flavour, while never hiding his distaste for obtuse Soviet bureaucrats or the atrocities of Stalinism.

Iskander lived in Moscow for most of his life and had participated in politics briefly in the Congress of People's Deputies, a democratically-elected legislative body established by Mikhail Gorbachev in 1989.

In recent years, however, he stopped writing and rarely commented on politics.

The Kremlin expressed "deep condolences" to his family in an official statement.

Iskander's centrepiece "Sandro of Chegem" is an epic three-volume novel about the traditional Abkhaz mountain village of Chegem, in which an eccentric cast of characters deals with the often surreal Soviet reality.

The work, which was heavily censored in the Soviet Union and first translated into English in 1983, earned him comparisons with Mark Twain and William Faulkner.

His other writings also drew on the absurdities of Soviet life in the Caucasus, with one work of satire zooming in on a fictional campaign to breed a new promising species from mountain ibex and domestic goats.

"My literary task was to lift the spirits of my depressed compatriots," he wrote in one preface to his book.

"There was plenty to be depressed about."