Priyanka Gandhi was the only member of the Nehru-Gandhi family to put off her debut till now. 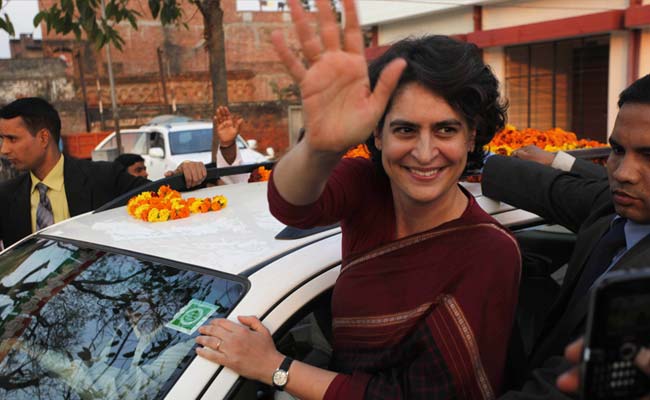 Priyanka Gandhi Vadra has joined politics with an announcement buried in the third para of a Congress press statement just months before the national election, but she was always part of the decision-making process in the party that has been led by five generations of the Nehru-Gandhi family.

In public, she kept her role limited to speeches and rallies at Amethi and Raebareli during elections. With her charisma and easy charm, and uncanny likeness to grandmother and former prime minister Indira Gandhi, one of India's most powerful figures, she was considered a natural. She even wore her grandmother's saris, making the connection even more poignant in the eyes of the masses.

Her brother Rahul Gandhi was seen to be the reluctant politician but it was he who took the plunge first, contested the polls in 2004, joined the party leadership and finally, took charge of the Congress.

Married since 2007, Priyanka Gandhi Vadra, 47, always hung back the Brahmastra, the final weapon, a bit of an action figure whose one strike could wipe out rivals.

"So far she helped parde ke peeche (behind the scenes)," said Congress's Sachin Pilot the Deputy Chief Minister of Rajasthan.

But all big decisions in the Congress did have her sign-off. The mother-of-two was involved when the Congress tied up with Akhilesh Yadav for the 2017 UP assembly election. She oversaw the party meeting in which Rahul Gandhi was named Congress president.

She was also involved in the selection of chief ministers in Rajasthan, Madhya Pradesh and Chhattisgarh, the heartland states the Congress won last month from the BJP. It reinforced that she remains her older brother's chief confidante and advisor.

She was instrumental in decisions like bringing Navjot Singh Sidhu and Manpreet Badal into the Punjab Congress.

But her formal entry marks a huge gamble for the Congress at a time its chips are down in Uttar Pradesh. In the last national election in 2014, the party won only two seats in the state that sends the most number of members to parliament - 80.

They were the Gandhi family seats of Amethi and Raebareli, the constituencies of Rahul Gandhi and Sonia Gandhi, where Priyanka was in charge of the party's campaign. In these seats, which remain largely rural and starved for development 70 decades after independence, the Gandhis are revered like royalty.

Priyanka Gandhi was the only member of the Nehru-Gandhi family to put off her debut till now. She was content to address some public meetings, her children Rehan and Miraya sometimes sharing stage, at Amethi and Raebareli.

In 2008, Priyanka's secret meeting with Nalini Sriharan, one of the convicts in the assassination of her father Rajiv Gandhi, caused a sensation. She said the meeting helped her with closure. All three, Sonia Gandhi, Rahul and Priyanka have since declared that they have forgiven Nalini.