Mumbai Teen Doesn't Have Class 12 Certificate; But She Got Into MIT 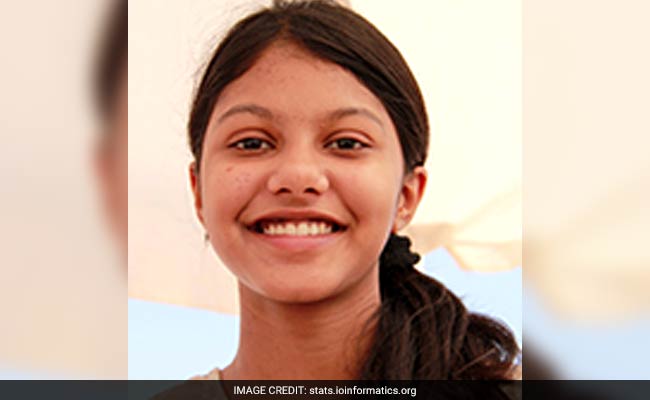 Malvika Raj Joshi doesn't have a 12 certificate but has made it to the prestigious MIT.

New Delhi: Seventeen-year-old Malvika Raj Joshi doesn't have a class 10 or 12 certificate but has made it to the prestigious Massachusetts Institute of Technology (MIT), thanks to her computer programming talent.

Here is a story about a mother's conviction to break stereotypes and the self belief of her teenage daughter, who showed why "merit" has more weightage than "marks".

The Mumbai teenager has been provided scholarship by MIT as she is pursuing her Bachelor of Science degree after getting a seat for being a three-time medal winner (two silver and a bronze) at International Olympiad of Informatics (IOI) or commonly known as Programming Olympiad.

The MIT has a provision for accepting students who are medal winners at various Olympiads (Maths, Physics or Computer) and it was Malvika's medals that ensured that she can fulfil her aspirations of pursuing research work in her favourite subject -- Computer Science.

Malvika recalls those early days during an emailed interaction from Boston.

"When I started unschooling, that was 4 years back, I explored many different subjects. Programming was one of them. I found programming interesting and I used to give more time to it than to other subjects, so, I started liking it at that time," she says.

Malvika found it difficult to get admission in elite Indian institutes like IIT, which has strict rules as one needs to pass class XII exams.

In fact only institute where she got admission was Chennai Mathematical Institute (CMI) where she was enrolled into MSc level course as her knowledge was on par with BSc standard.

"There is absolutely no question that Malvika's admission to MIT is based on her superlative achievements at IOI. It is a credit to MIT's flexibility that they can offer admission to a student who demonstrates excellent intellectual potential despite having no formal high school credentials," says CMI's Madhavan Mukund, who is also National Co-ordinator of Indian Computing Olympiad.

However, Madhavan made it clear that Malvika is not a product of the system but despite it.

"This is possible only for a student whose academic achievements are outstanding, which is the case with Malvika's performance at IOI," he has a word of caution.

But this young Mumbai girl's fascinating story starts about four years ago when her mother Supriya took an unbelievably tough decision.

She was in class 7 at Dadar Parsee Youth Assembly School in Mumbai and doing exceedingly well in academics when her mother decided to pull her out of school.

"We are a middle class family. Malvika was doing well in school but somehow I felt that my children (she has younger daughter Radha) need to be happy. Happiness is more important than conventional knowledge," Supriya told PTI explaining her decision.

"I was working with an NGO that takes care of cancer patients. I would see students who are in 8th or 9th standard being affected by cancer. It affected me deeply and I decided that my daughters need to be happy."

The decision no way was an easy one.

"In India, people are still not very aware about the term "home schooled" or "unschooled" as it is commonly referred. It also took sometime to convince Malvika's father Raj, an engineer who runs his own business.

"My husband Raj wasn't convinced initially as it was a risky proposition. The kids won't have a 10th or 12th standard certificate and there was bound to be fear. I quit my NGO job and designed an academic curriculum for Malvika. I created a simulation (classroom like situation) at home. The confidence I had as a mother was that I am capable of imparting knowledge in my daughter's."

"Suddenly I saw that my daughter was so happy. She was learning more than ever --from the time she woke up to the time she was off to sleep. Knowledge became a passion," the proud mother recalls.

For three consecutive years, she was among the top four students who represented India at the Programming Olympiad.

Madhavan, who prepared Malvika for all three Olympiads, spoke about her brilliance.

"During the past three years she spent extensive periods at CMI acquiring the background in mathematics and algorithms that she needed to excel at Informatics Olympiad. As part of this training for IOI, she had to fill in unexpected gaps in her education arising from the fact that she had not been formally enrolled in school."

"For instance, she had never studied matrices. She was never intimidated even when faced with a mountain of things to learn, and went about achieving her goals very methodically."

When Supriya was asked if more parents want to know about her daughter, she laughs as she says, "They are all interested in knowing how to get into MIT. I just tell them that we never aimed for her admission in MIT. I tell parents to understand what their children like."
Comments
Malvika Raj JoshiMassachusetts Institute of TechnologyInternational Olympiad of InformaticsChennai Mathematical InstituteMumbai TeenHome SchoolingUnschooling