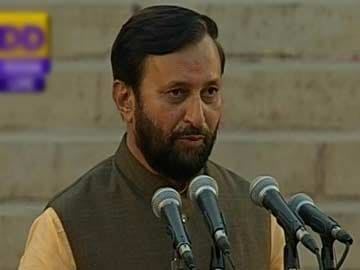 A former banker, Mr Javadekar, 63, had his grooming in politics in Akhil Bhartiya Vidyarthi Parishad (ABVP), the students wing of RSS.

He was a member of the Maharashtra Legislative Council for two terms from 1990 to 2002 before being elected to Rajya Sabha in 2008.

Hailing from Pune, Mr Javadekar, a commerce graduate, is a BJP spokesperson and party's in-charge of Andhra Pradesh.

He was instrumental in striking a deal with Chandrababu Naidu's TDP.