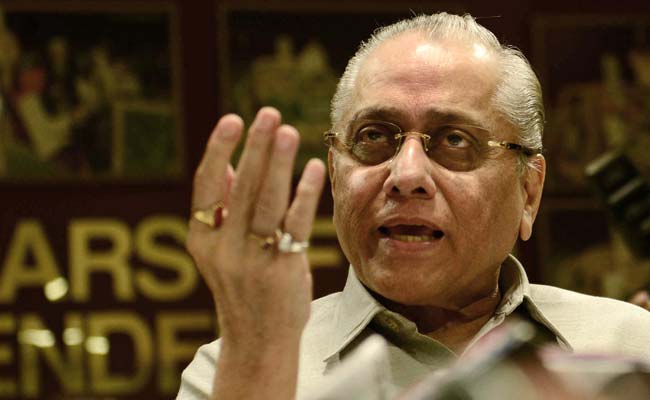 Jagmohan Dalmiya is back as the boss of BCCI. After almost 10-years of administrative hibernation, the 'Bengal Tiger' has roared back at the helm of Indian cricket. The veteran administrator replaced the controversial Narayanaswami Srinivasan, who was found guilty by the Supreme Court of a conflict of interest for having commercial dealings in the sport by owning an Indian Premier League (IPL) franchise while he was also BCCI head.

The Supreme Court barred Srinivasan to seek another term as BCCI chief. At the board's AGM in Chennai on Monday, Dalmiya, the president of the Cricket Association of Bengal, emerged the "consensus candidate" after hectic backroom negotiations. This is the second term for the 74-year-old Marwari businessman hailing from Kolkata.

1983 was a landmark year for Indian cricket. Not only did Kapil Dev's team win the cricket World Cup, but Dalmiya, who joined the BCCI back in 1979, became the treasurer. Thus started the reign of Dalmiya, who turned cricket into a lucrative global sport and BCCI, one of the richest sporting bodies in the world.

Along with a powerful ally in Inderjit Singh Bindra, Dalmiya, shifted the cricketing focus towards the sub-continent. The duo won ICC's nod to host the 1987 and then the 1996 World Cups in the Indian sub-continent. Both events were a commercial success that established the financial power of the region.

After making the 1996 World Cup as one of the most profitable tournaments, Dalmiya aimed at the big spot, the ICC. He threw his hat in the ring but failed to attain the two-thirds majority necessary under the ICC Constitution even after receiving 23 votes to 13 for Australia's Malcolm Gray in an election for the president's job.

The failure was brief. In 1997, Dalmiya was unanimously chosen as president of the ICC and went on to redesign the cricket world for the next three years. During his reign as the ICC boss, India became the hub of world cricket much to the envy of the major players.

One of the biggest controversies in which Dalmiya played a major role was that in the 'Mike Denness Affair'.

In 2001, when India toured South Africa, ICC referee and former England captain Mike Denness found Sachin Tendulkar and five more Indian players guilty of a technical breach of the rules. While Tendulkar was charged with tampering the match ball, Virender Sehwag was fined for showing dissent at the umpire's decision. Harbhajan Singh, Deep Dasgupta and Shiv Sunder Das were reprimanded for excessive appealing and captain Sourav Ganguly was accused for not being able to control his players. All the players were fined 75% of their match fees and received one Test match bans.

The then ICC chief executive Malcolm Speed decided to back Denness while BCCI president Dalmiya decided to back his players. The result was an overwhelming win for the master 'politician' - the third Test became an unofficial one, the ban on Sehwag was upheld but Tendulkar and Ganguly were let off. Denness' career was all but over. The former England batsman served as match referee in only two more Tests and three ODIs and was not reappointed by the ICC the following year.

Often described as a 'control freak' Dalmiya was ousted from the BCCI in 2006 for alleged misappropriation of funds and refusing to provide certain documents. There was a lull after that storm and Dalmiya had slipped under the radar. Once in a while he would resurface to get a few charges dropped but he was back as a major player in June 2013, when he was appointed as the interim president of the BCCI after N. Srinivasan stepped aside pertaining to the probe on his son-in-law's alleged involvement in spot-fixing.

Srinivasan resumed his presidency in October 2013 but the winds had changed by then and after 10 years of being away from the scene, Dalmiya is now back as the top boss of Indian cricket.

Promoted
Listen to the latest songs, only on JioSaavn.com
Is it a boon for Indian cricket?

Although labelled as a shrewd politician, Dalmiya has always worked for Indian cricket's improvement. He not only made India a major force in the cricket world, but also was responsible for bringing in the big bucks as the ICC chief. Indian cricket has been in the muck for a while. The officialdom of BCCI has been seen as a den of 'shady' characters. The Indian cricket team is sitting pretty but in his second term as the boss, Dalmiya's biggest challenge would be to stem the rot in the richest cricket body of the world.