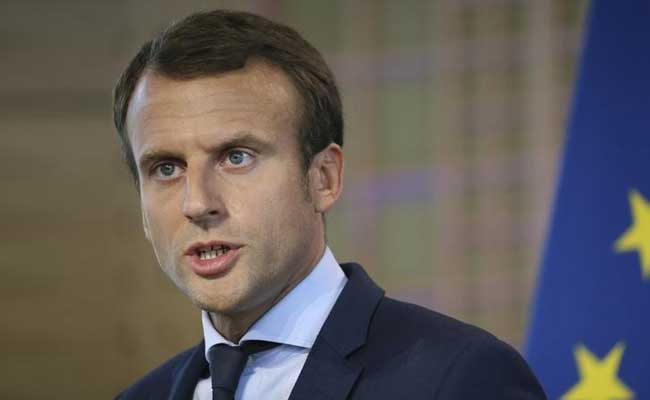 Paris: He is 39 years old and this is the first election he has ever contested. But Emmanuel Macron's centrist pro-European and pro-business image and his moderate position on social issues have made him a favourite for the presidency.

A product of French elite schools, he was already an investment banker in 2008. In 2012, he became senior advisor to President Francois Hollande, and in 2014 he was economy minister.

Macron's independent party 'En Marche!' is just one year old but his economic policies seem to pacify conservative voters who are not ready for a Frexit yet. His moderate position on social issues doesn't scare off liberals and those who have no appetite for populism. He has become more of a "compromise candidate" for French voters, the safest choice, according to some.

"It has been a very weird election and people have been thinking strategically - who we don't want to see as president? And finally Macron became the comprise, the reasonable alternative to the establishment," according to Pierre Haski, columnist and senior editor.

Macron's rise seems to point to a breaking down of the traditional centre right and left wing politics. But in reality, the choice is a more conservative one than it seems at first glance. His critics believe he represents the establishment, the business elite and the status quo in the European Union. For those rallying for radical change, Macron is a wet blanket.

Surprisingly, Macron is not a great orator nor does he seem to have any outstanding policies in his manifesto. Yet no one can doubt that his campaign strategy has perhaps been his biggest strength.

"What's interesting in Macron is that he has transferred his risk management from the banking system to the political system. That's all he's able to do and he's very smart at that. He was able to see the Marine Le Pen risk," says Nacira Guenif-Souilamas, a sociologist.

Macron has spoken out against stigmatising Muslims under the pretext of France's idea of secularism at a time when right wing nationalists are making gains across the world.

Aware that many were comparing Le Pen to US President Donald Trump, Macron's team recorded and aired his telephone conversation with former US President Barack Obama.

Promoted
Listen to the latest songs, only on JioSaavn.com
Interestingly, Macron is married to his former school teacher, 24 years his senior. He's been a big favourite of French mainstream media.

Opinion polls got the first round right. Predicting a Macron-Le Pen duel and for the second and final round most polls project him as the clear winner over Le Pen. And if he wins, Macron will be the youngest French leader in modern history.