Babul Supriyo is up against Trinamool's star recruit and popular Bengali actress Moon Moon Sen, who was dubbed the "giant killer" in 2014 after she defeated a nine-time Left lawmaker in Bankura. 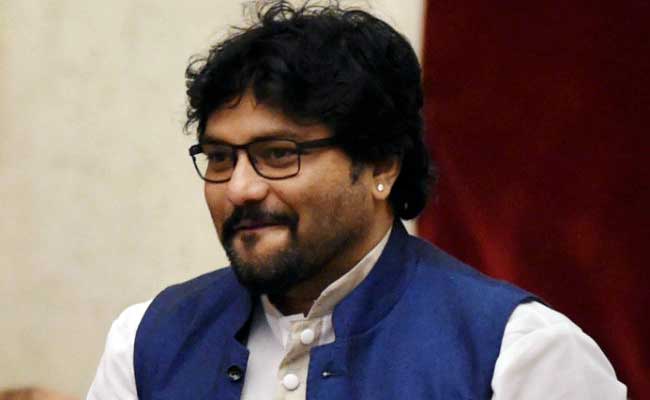 Union Minister Babul Supriyo, the BJP candidate from Bengal's Asansol, dabbles in a number of roles. He is a singer, television host and even an actor. He joined politics in 2014 and won an unlikely victory in Asansol against a formidable Trinamool Congress opponent, Dola Sen, by 60,000 votes. In this election, Babul Supriyo is on the verge of victory.

In this crucial election, Babul Supriyo is up against Trinamool's star recruit and popular Bengali actress Moon Moon Sen, who was dubbed the "giant killer" in 2014 after she defeated a nine-time Left lawmaker in Bankura. He is currently leading from the seat.

Babul Supriyo, 48, has been one of the fiercest critics of Bengal's Mamata Banerjee government. Of late, his tweets name the TMC as "TMchhi". A number of controversies have cropped up this time with BJP's poll campaign song, composed and sung by Mr Supriyo, being banned by the Election Commission. The song, with lyrics "Ei Trinamool ar na" (this Trinamool no more), did not go down well with Bengal's ruling party and they sought a ban on it.

Last month, Babul Supriyo's car was vandalised outside a polling station in Asansol's Barabani when a fight erupted between BJP and Trinamool workers. Last week, he claimed vehicles of his security personnel were attacked with stones by Trinamool "goons" in Bengal's Basirhat.

Babul Supriyo began his career as a banker before he quit to pursue music. He has sung in a number of popular Hindi and Bengali movies and won many awards.

General Qasem Soleimani, Killed By US, Was Iran's Regional Pointman