Mr Thakor, along with Jignesh Mevani, was credited for the Congress's impressive performance in the 2017 Gujarat Assembly polls. 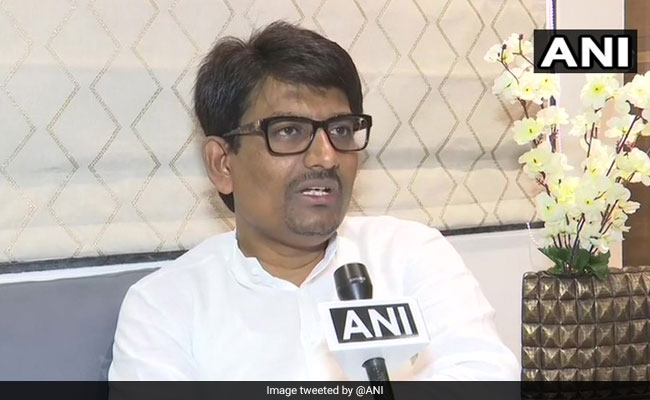 Former Congress leader Alpesh Thakor joined the BJP today, a month after quitting as a legislator of the Gujarat legislative assembly.

Mr Thakor, along with Jignesh Mevani, was credited for the Congress's impressive performance in the 2017 Gujarat Assembly polls. He, however, had a fall out with the party's state leadership, and after months of back-and-forth, resigned from all Congress posts before the Lok Sabha elections.

Mr Thakor, chief of the Gujarat Kshatriya Thakor Sena, had emerged as a prominent Other Backward Castes or OBC leader after he launched a protest to counter the Patidar reservation stir in 2015.

He and Mr Mevani, along with Hardik Patel, later formed the troika that the Congress pinned its hopes on to win the assembly polls.

The Congress had recruited Mr Thakor ahead of the polls to try and win the support of the state's 30 per cent OBCs.

The party had given a tough fight to the BJP, and Mr Mevani -- an independent with support from the Congress -- won from Radhanpur assembly seat.

Earlier this year, Mr Thakor had said that the people of his community were feeling "ignored" and "sidelined". "I feel my community is being ignored. My community is not being given proper representation in the party. We are being blamed for anything bad that happens in the state," he told PTI.

"I will not sit quiet or continue as an MLA if my people gets nothing," Mr Thakor said.

He had also said that "weak leaders" were at the helm of the Congress affairs in Gujarat.

After Mr Thakor's comment, the BJP extended an invite to him. He, however, had said that he was not planning to join the ruling party.

Several Congress leaders across the country have joined the BJP recently, after the party's landslide victory in the national election in May.