In 1987, Abdul Jabbar started the Bhopal Gas Peedit Mahila Udyog Sangathan, one of the organisations championing the cause of victims of the gas leak incident. 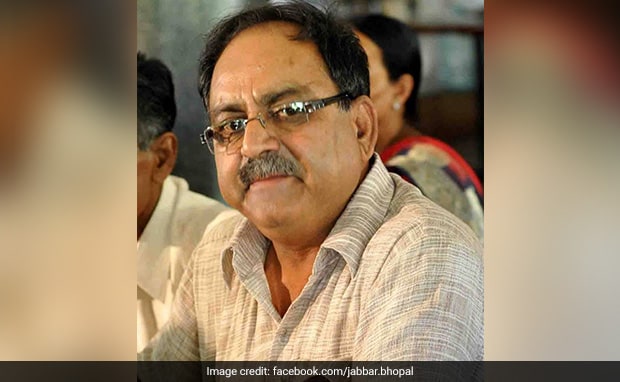 Social activist Abdul Jabbar, who fought for justice to over 20,000 victims and thousands of survivors of the 1984 Bhopal gas tragedy, died on Thursday at a private hospital in the Madhya Pradesh capital.

Mr Jabbar had lost his mother, father and brother to the world's worst industrial accident. He suffered lung fibrosis and lost 50 per cent of his vision due to the accident, but never stopped fighting for justice.

In 1987, he started the Bhopal Gas Peedit Mahila Udyog Sangathan, one of the organisations championing the cause of victims of the gas leak incident.

His group fought for justice to the victims, survivors and their families, conducting organised demonstrations, seeking not merely allowances and compensation, particularly for widows who lost their loved ones to the disaster, but also employment opportunities.

He had been undergoing treatment for the past few months. The Congress-led state government on Thursday announced it would bear expenses of his treatment. But he died before he could be moved to a Mumbai hospital for further treatment.

More than 20,000 people had died after methyl isocyanate gas leaked from a pesticide plant of Union Carbide India Limited in the Madhya Pradesh capital on the intervening night of December 2-3, 1984. Many more continued to suffer from its ill effects years later.

Union Carbide CEO Warren Anderson, a US citizen, had escaped shortly after the tragedy and never appeared before a court for trial in the case. He died in the United States in 2013.