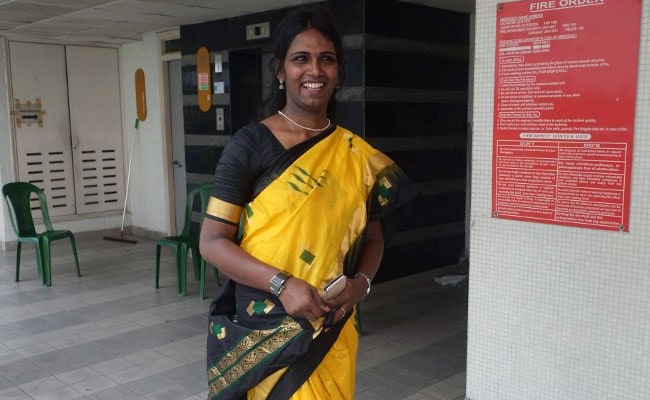 Kolkata: The fifth phase of West Bengal assembly polls is a watershed for the third gender community as for the first time one of them has been made presiding officer for a booth in South Kolkata.

"We are calling it the transgender booth because Riya Sarkar, a transgender, will be the presiding officer. She will now be part of history of the inclusion of the transgender community into the mainstream society," Smita Pandey, district electoral officer, Kolkata South, told PTI.

Ms Sarkar was posted at one of the booths at South City International School which falls in Rashbehari assembly constituency.

A history teacher at Dum Dum Prachaya Bani Mandir for Boys school, she was born as Pankaj Sarkar and went for a sex realignment surgery in 2014 to became Riya Sarkar.

"It is a big honour not only for me but for the entire transgender community. I am very happy and proud on being given this task by the Election Commission," Ms Sarkar said. She has been given training for handling polling booth and tackling challenges like other presiding officers.

Amitjyoti Bhattacharya, Deputy Chief Electoral Officer said all sections of the society are being encouraged to be part of the electoral process. "When it comes to us there is no discrimination at all anywhere."

Ms Pandey, who was earlier part of West Bengal Transgender Development Board, said the initiative is a message for the entire community to come out and own their identity publically.

"It's just that they're not getting enough opportunities. This inclusion in polling process will be a part of their social engineering experience," she said.

Ms Sarkar said she used to face discrimination on part of the fellow teachers at the school, where she has been teaching for the past few years. "I hope it gets buried in the past," she said.

Ranjita Sinha who leads Association of Transgender/Hijra in Bengal (ATHB) welcomed the EC's step saying it would help empower the community.

"We could not get more as according to the mandate one has to be in government service. Sarkar is a school teacher. We are calling it a TG booth because it is being presided by a transgender. All other polling officials in the booth are women," added Ms Pandey.

Out of the 6.5 crore voters in West Bengal the number of voters from the third gender is a nominal 758.