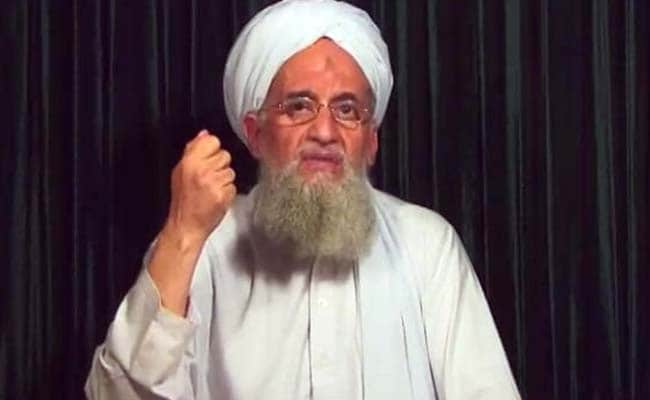 New Delhi: Ayman Muhammad Rabaie al-Zawahri, who has announced an Al Qaeda branch in India and its neighbourhood, is listed by the FBI as a man of unknown height, weight or built, with 13 known aliases and a bounty of 25 million dollars on his head. (States on Alert after Al Qaeda Announces Indian Wing: 10 Latest Developments)

The 63-year-old medical doctor has headed the deadly Al Qaeda since Osama bin Laden was killed in a US operation in Pakistan in 2011. On Thursday, in a 55-minute video, he promised to spread Islamic rule and "raise the flag of jihad" across the "Indian subcontinent". (What's in the 55-Minute Al Qaeda Video Announcing India Branch)

Al Zawahri, with a scholarly mien and thought by many to have always been the Al Qaeda's brain and ideologue, is variously called the Teacher and the Doctor. He is believed to have served as Osama bin Laden's personal physician.

An Egyptian, he founded and for long led a Jihadi organisation, the Egyptian Islamic Jihad, before merging it with the Al Qaeda and emerging as one of Osama's most trusted lieutenants and a powerful force in the terror organisation.

Biographies, and there are many, paint the picture of quiet and shy boy, well-read, growing up in a fraught political environment. He belongs to an upper middle class Egyptian family of doctors and scholars. His father was a pharmacology professor at Cairo University's medical school and his grandfather was the grand imam of Al-Azhar University, a premier centre of religious study.

He got involved in Egypt's violent Islamist struggle early, as a 14-year-old.

He is believed to have fought for long in the bid to topple the Egyptian government.

He was among many implicated and arrested after the assassination of Egyptian President Anwar Sadat and after spending about three years in prison, is said to have gone to Saudi Arabia and then to Pakistan to practice medicine.

It was the early 1980s and al Zawahri met Osama bin Laden then.

Al Zawahri's former lawyer Montasser el-Zayat wrote a book - Al-Zawahri as I Knew Him - describing his former client as arrogant and intolerant. The new Al Qaeda chief is seen as lacking Osama's charisma but is more cunning, brutal and ambitious. He is believed to be seized by the ambition of giving effect to a terror strike more deadly and more of a spectacle than 9/11 was.

Promoted
Listen to the latest songs, only on JioSaavn.com
The US wants al Zawahri for his alleged role in the August 7, 1988 bombings of the United States embassies in Dar es Salaam in Tanzania, and in Nairobi, Kenya. A year later, he was also sentenced to death in absentia by an Egyptian court.

In January 2006, it was reported that al Zawahri had been killed. It was later reported that he had in fact escaped the US missile raid on the remote Pakistani village that he was in.