Bihar Students, On Picnic, Made To Sleep On Road After Bus Breaks Down

The students from a school in Bihar had gone on a picnic as part of the Mukhyamantri Bihar Darshan Yojna. 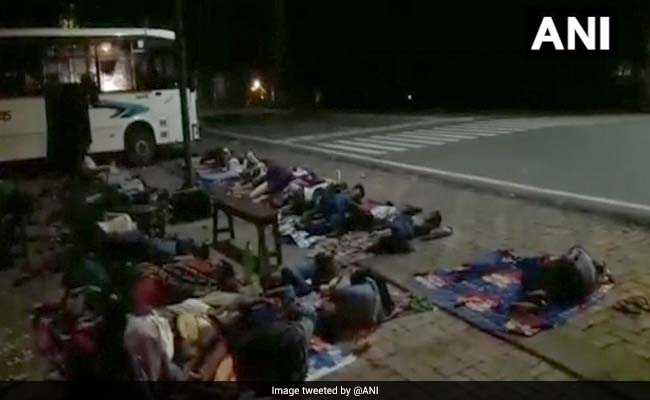 Children were made to sleep on the road outside the Patna zoo.

A school teacher has been suspended for making students, who had gone on a picnic, sleep on the street after their bus broke down on Tuesday night.

The students from a school in East Champaran district had gone on a picnic as part of the Mukhyamantri Bihar Darshan Yojna. The children were apparently made to sleep on the road outside the Patna zoo as the bus in which they were travelling broke down.

The zoo is situated near the Chief Minister's residence but no help was extended to the stranded students. However, as soon as the matter was brought to the notice of the administration, the state government suspended Anand Singh, the teacher who was accompanying the students.