Mussoorie, the Third Town in India With its Own Wax Museum 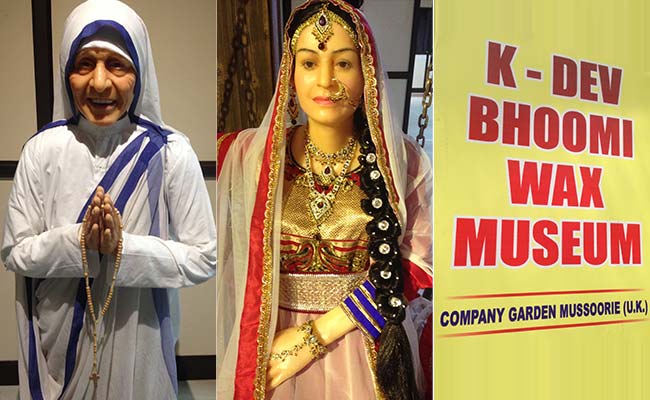 The wax statues at the museum were brought in from Mumbai.

Mussoorie: Mussoorie, the popular hill station in Uttarakhand, has become India's third town to get a wax museum after Kanyakumari in Tamil Nadu and Lonavla in Maharashtra.

The museum has 26 wax statues, including Mahatma Gandhi and Jawaharlal Nehru. International celebrities include Michael Jackson, Princess Diana, Michele and Barack Obama, among others.

The star attraction, however, is the statue of one of India's most popular playback singers Mohammad Rafi as it isn't present in the other two museums in the country.

The statues were brought in from Mumbai.

The wax museum, which has Rs 50 entry fee, is located in The Company Garden, about five kilometres from Mussoorie's famous Library Point.

The museum, now 40 days old, boasts of tourists from far and wide, coming to get clicked with their favourite celebrity.

"We have been coming to Mussoorie for a while, but this wax museum is not only unique but very interesting as well," said a visitor at the museum.
Comments
MussoorieMussoorie wax museumwax museum