Behind The Scenes Of Sonia Gandhi's Big Move

At the all-important Congress meeting tomorrow, Sonia Gandhi is likely to go ahead with her resignation as President and insist on the party finding a replacement for her as President. Unlike the time that she resigned in 1999, and then decided to continue as President, this time around, she is unlikely to allow herself to be persuaded into going back on her decision. She has already instructed KC Venugopal, the Organizational General Secretary of the party, to find a replacement at the earliest. She could at best continue till a replacement is found, that too for a very limited period of time.

This is the second time that her leadership has been called into question. The first was in 1999 when Sharad Pawar and Purno Sangma challenged her at the Congress Working Committee meeting following which she immediately tendered her resignation. Her current decision to quit is the direct result of the letter written by 23 of her colleagues, not just questioning the way the party has been functioning, but also making it clear that they would prefer somebody from outside the Gandhi-Nehru family to lead the party. One line in particular is significant, it says "The Gandhis will always continue to be a part of the collective leadership of the party", a huge change from the " the sole leader" status that the Gandhis have enjoyed thus far. 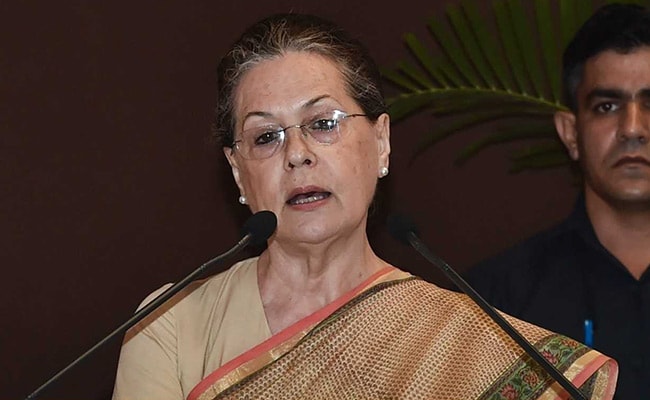 This is the second time that Sonia Gandhi's leadership has been called into question.

Tomorrow's virtual meeting of the Working Committee is unlikely to be a stormy affair, these meetings seldom are. Sonia Gandhi in fact spoke to Ghulam Nabi Azad two days ago and told him that she was in the process of addressing the issues raised by him and the other signatories to the letter. She is upset over the fact that this letter was made public despite her assurance that she was going to address the issues raised in the letter. In all likelihood, Sonia Gandhi will, in the course of opening remarks, tender her resignation and ask the party to look for a replacement. She is also likely to make it clear that her children, Rahul Gandhi and Priyanka Gandhi Vadra, not be considered for Presidentship.

As was the case when she first resigned as President in 1999, senior leaders of the party, notably Punjab Chief minister Amarinder Singh and his Chattisgarh counterpart Bhupesh Baghel have come out in support of the family; others are likely to lend their voice asking her not quit. But all indications are that this time around she is unlikely to given in to such demands. Ideally, Sonia Gandhi would have wanted Rahul Gandhi to succeed her and many believe that she was merely holding fort till he agreed to return as President. But given the fact a section of the party has reservations about his taking over, the Gandhis are now of the view that it is both in their interests, and that of the party, that somebody outside the family take over as party chief. 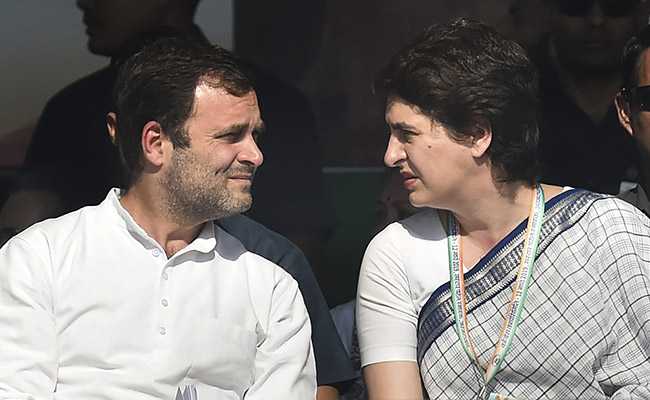 Sonia Gandhi is also likely to make it clear that her children, Rahul Gandhi and Priyanka Gandhi Vadra, not be considered for Presidentship.

That however is unlikely to be a smooth affair. There is no unanimity within the party, or even amongst the ginger group, on who that successor should be. Thus far, the Gandhis have enjoyed a preeminent position in the party and have acted as a cementing force in keeping the party together. With the Gandhis out of the fray, it is likely that the process of choosing a successor could be a fractious affair. The signatories to the letter have also demanded that elections be held from the booth level to the Congress Working Committee and for the post of President as well. The electoral process in the Congress is a very lengthy and ponderous affair. The party will first needs to set up an election authority to conduct the polls, update its membership list, hold elections first at the block level, followed by elections to the district and state levels, and finally, elect the Congress president.

Sonia Gandhi had agreed to become the interim President of the party following the crisis that engulfed the Congress in the aftermath of Rahul Gandhi's resignation in 2019. She completed a year on August 10 as the interim chief with the party unable to find a replacement for her. Given her health constraints, she has not been as proactive and hands on as she was before she made way for Rahul Gandhi. As a result, many decisions have been kept pending. The Congress party's electoral fortunes have nosedived since 2014 and barring the odd victory in Punjab, MP, Rajasthan and Chhattisgarh, its performance has been nothing to write home about.

Though the letter of dissent is addressed to Sonia Gandhi, the real motive appears to be thwart the return of Rahul Gandhi as president of the party. Rahul has made no secret of his desire to affect large-scale changes and replace a large number of the old guard with leaders of his choice. Most of the leaders believe that in the event of him becoming President, they will fall by the wayside. The angst against Rahul Gandhi also has a lot to do with his leadership style. Added to that is the fact that under Rahul's leadership, the party has suffered two humiliating defeats in the general elections of 2014 and 2019." Unfortunately, Rahul Gandhi failed to click with the masses.  Every time there is a binary (choice) between him and Modi, we are bound to suffer " says a Congress Working Committee member.

The Gandhis have been the glue that has held the different factions of the party together. Their leadership has been called into question at a time when the party is facing a battle for existence. It has been repeatedly buffeted by the Modi - Shah combine on the electoral and now has to contend with bushfires within the party.

India's "Grand Old Party" appears on the edge of a precipice.

The Difference Between Sonia And Rahul Gandhi As Leaders -Vir Sanghvi