Uddhav Thackeray Finds His Best Self In Corona Crisis

In a severe and unprecedented crisis, such as the one our world is currently battling, some individuals and institutions change and become better selves of their own. They reinvent themselves by making introspective efforts to let the good and positive in them get the better of their lesser selves. As Gabriel Garcia Marquez says in his celebrated novel 'Love in the Time of Cholera', "..the heart's memory eliminates the bad and magnifies the good." In 'Politics in the Time of Corona', something akin is happening to some leaders in India.

Of course, no crisis is so hugely transformative that it can change all politicians for the better. Nor can it make even those politicians who do change exemplars of all virtue. Politics is a difficult and frustrating vocation for souls that want to remain completely untainted. It is for this reason that some Gandhians hold a debatable belief - that a greater Mahatma than Mohandas Gandhi was his saintly disciple Vinoba Bhave. Their logic: Gandhi, though a Great Soul, entered the polluting portals of politics, whereas Vinoba stayed out of it. As I said, the belief is debatable.

We are of course going to discuss a lesser mortal than Gandhi and Vinoba in this article. Nevertheless, his being a run-of-the-mill politician does not belittle the significance of the amazing transformation in Uddhav Thackeray's politics and persona since the outbreak of the coronavirus pandemic. The new Chief Minister of Maharashtra, the state that has registered the highest number of Covid-19 cases and deaths in India, is suddenly being hailed by many as a gentler, kinder and a truly inclusive leader. Barring the baying trolls working for the BJP's infamous IT Cell, most are appreciating his calm and compassionate handling of the corona emergency. Even his erstwhile critics (I include myself among them) are praising his concern for and his outreach to every section of society, especially Muslims, his firm grip on the administration, and his tireless involvement in every aspect of crisis management. 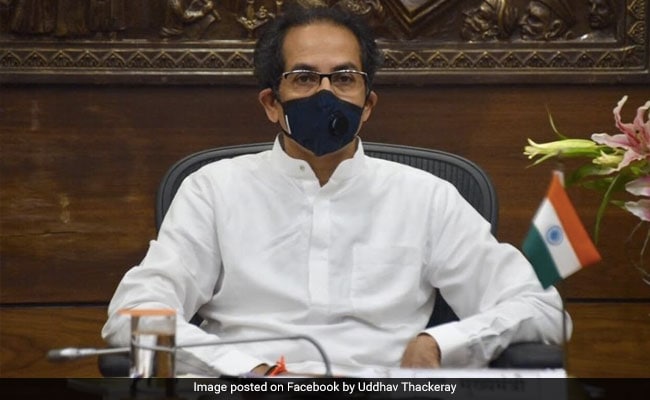 Indeed, the one image of Uddhav that has endeared him to friends and foes alike is the total lack of arrogance. Even before the Corona crisis, power was seen to be sitting lightly on his shoulders. After the crisis, his regular addresses to the people on television and social media have further reinforced the popular impression that he is humble, sincere, fully focused on his job, and therefore deserving of support. His political opponents (read: the BJP) did try to corner him over two unfortunate developments in the state during the lockdown - the sudden and totally unexpected crowding of migrant workers near Bandra station in Mumbai that led to a chaotic situation, and the horrific mob lynching of three persons, two of them sadhus, in Palghar. On both occasions, Uddhav's response was admirably Chief Ministerial. After the Palghar incident, he tweeted: "Those trying to inflame passions, must desist from doing so. There is no Hindu-Muslim angle or communalism in this attack. Two policemen were suspended immediately."

Earlier, when the BJP and its supporters started communalizing the Corona crisis (using the Tablighi Jamaat assembly in Delhi as the pretext) and spreading more hatred against the Muslim community, Uddhav sent a similarly stern message: "Like Covid-19 virus, there is a communal virus, too. I am warning those who are spreading wrong messages to the citizens. This Covid-19 virus sees no religion." Ideally, this warning should have been sounded by Modi, on whose watch his followers have communally polarized India to an alarming level. It was the Prime Minister's constitutional and moral duty to reprimand them. He did tweet on April 19 - "COVID-19 does not see race, religion, colour, caste, creed, language or borders before striking" - but the message sounded half-hearted, half-muted, and entirely inadequate to the call of the hour. And even this much was not spoken by him in his widely watched TV addresses to the nation during the lockdown. Unsurprising, because the PM has his own considerations. (Didn't I say "no crisis is so hugely transformative that it can change all politicians for the better"?)

Under Uddhav's leadership, his party, the Shiv Sena, has also undergone an uncharacteristic transformation. Now that it is in the driving seat of the three-party alliance governing Maharashtra - the Nationalist Congress Party and the Congress being its allies - it is being seen as a responsible and constructive party wedded to what Atal Bihari Vajpayee had called 'Coalition Dharma'. Its divorce from the Bharatiya Janata Party, its longtime ideological partner, in November last year was bitter and openly acrimonious. Uddhav's own personal relationship with Prime Minister Narendra Modi and Home Minister Amit Shah had become extremely strained. However, once in office, neither he nor his party colleagues have taken a confrontational posture vis-à-vis the central government. Despite recurrent provocations from the BJP, which seems unwilling to accept its new position as an opposition party in the state, the Shiv Sena has shown remarkable self-restraint. This is being interpreted by many neutral observers in Maharashtra as Uddhav's decision to rise above petty politics and give primacy to the interests of the state and the wellbeing of its people. 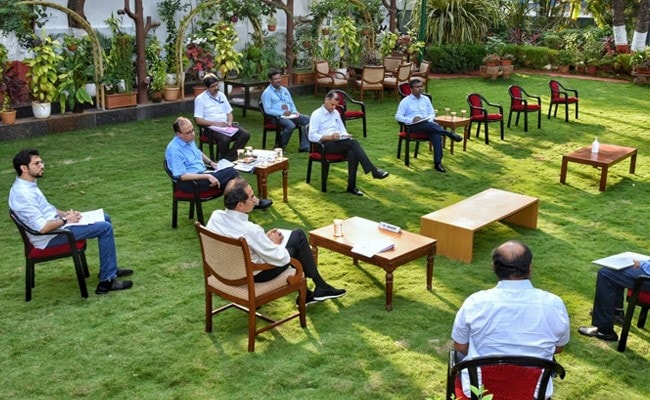 This is also evident from the nearly bickering-free internal functioning of the three-party government. Historically, the Shiv Sena's relations with both the NCP and Congress were marked by intense animosity. This was partly because the Shiv Sena and NCP-Congress were on opposite sides of the ideological divide. They were also on opposite sides of the power divide, because of the Sena's three-decade-long electoral alliance with the BJP. Since coming to power, Uddhav has established a smooth working relationship with both the NCP and the Congress, always being genuinely courteous and respectful towards the presidents of the two parties - Sharad Pawar and Sonia Gandhi.

The Shiv Sena's new maturity, and its willingness to change both ideologically and politically, was evident in another startling recent development. Saamna, the party's highly popular newspaper in Marathi, showered encomiums on Rahul Gandhi after he addressed a widely-appreciated press conference on the Corona pandemic on April 16. Its editorial said: "Gandhi has to be praised for the stand he has taken in the present crisis. He has created a model code of conduct on how an opposition party should behave when the country is faced with a crisis." Remarkably, the editorial was titled 'Rahul Gandhinche Chintan Shibir' (Rahul Gandhi's Brainstorming Session). In Indian politics, 'Chintan Shibir' is a term usually associated with the BJP. I have attended many 'Chintan Shibirs' during my past association with the BJP, when it was led by Vajpayee and L.K. Advani. Sadly, unlike the Shiv Sena, today's arrogant BJP leaders have exhibited a complete absence of constructive 'chintan'. Far from welcoming Rahul Gandhi's positive politics on the Corona situation, they are busy mocking him.

Many longtime observers of the Shiv Sena are today wondering: How did this party change so much so soon? After all, its transformation under the leadership of Uddhav (and Uddhav's son Aditya, a promising young politician) is in visible contrast to the negative image, rooted in reality, which the party carried in the past. For the longest period since its inception in 1966, the Shiv Sena was known for its militancy on two fronts. First, for its militant advocacy of the rights of "Marathi Manoos" - the Marathi-speaking people of Mumbai and Maharashtra. And later, from the 1980s onwards, for its militant advocacy of Hindutva. It was in this later phase that Uddhav's late father Balasaheb Thackeray, the Shiv Sena's iconic founder and supremo, began to be eulogised as the 'Hindu Hriday Samrat' - the Emperor of Hindu Hearts. Shiv Sainiks and several of their leaders were enthusiastically involved in communal riots in Mumbai and elsewhere in Maharashtra. Their linguistic narrow-mindedness and strong-arm tactics alienated many non-Marathi Hindus in Mumbai, famed for its cosmopolitanism.

What made the Shiv Sena change? And is the change enduring, or only temporary and transitory? These questions require a deeper, and separate, analysis. What is important right now, and eminently to be welcomed by all who value communal harmony, democracy and national unity in India, is that a powerful regional party and its leader have changed for the better. The Corona crisis has accelerated this positive change. If Uddhav Thackeray remains true to his better self, it is safe to predict that he will emerge as a consequential leader in the post-Corona political developments at the national level - and also in the post-Modi governance architecture in India.