This Is Rahul Gandhi's "Atal-Advani" Moment

"Rahul has re-invented himself!" "Has he really?" a close friend of mine disbelievingly asked me. His question was in the context of the Hathras incident and Rahul and Priyanka Gandhi going there to meet the victim's family. A few others asked rather sarcastically, "How many times he will reinvent himself?" None of them are sympathetic to Hindutva or the Sangh Parivar or the ruling regime. They can all be called liberal, who have an ideological leaning towards the Congress, but skepticism was writ large on their faces. All of them have one question in common - will he continue like this or he will again disappear?

I have not seen any other politician under such public scrutiny. And within the Nehru-Gandhi Family, no other member has had to face so much ridicule and scorn. In this regard, Rahul has not been fortunate like his parents and grandparents. Motilal Nehru, when he entered politics, was already a famous lawyer with inordinate national standing. His lateral entry was applauded immediately. His son Jawaharlal also did not have to struggle. In no time, he was adopted by Mahatma Gandhi and by the mainstream leadership of the freedom movement. In fact, when the presidentship of the Congress passed on from father to son in 1929, nobody called it dynastic politics. By then, Jawaharlal Nehru was recognised among the frontline leaders of the movement. Even Bhagat Singh was so enamoured of his magnetism that while comparing Jawaharlal Nehru and Subhash Bose, he advised the youth to follow Jawaharlal and not Bose as he found him more revolutionary than Bose.

Indira lived under the shadow of her father for long. Though she became the Congress president in the late 50s, when she became Prime Minister, she was dubbed by opposition stalwart Ram Manohar Lohia as 'Goongi Gudiya' (a mute doll). Within her own party, Morarji Desai and a few others used to call her 'Chhokri' (chit of a girl) but within two years, she proved herself and became the empress of the Congress Party and forced all the big leaders to either retire from politics or cross over to the opposition camp. 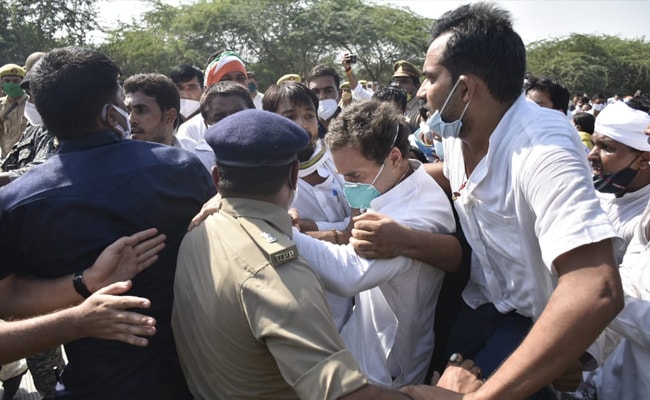 Rajiv and Sanjay Gandhi did not have to prove themselves to anyone. Sanjay Gandhi became a parallel power centre during Indira Gandhi's time and after his death, Indira Gandhi took Rajiv under her wing. Rajiv Gandhi's transition to the top job in the country was the smoothest in the Nehru Family. After his demise, Sonia Gandhi avoided being in politics but to save the Congress from disintegration, she had to take over the reins of the party. She did face a small rebellion but after that, she has remained the unchallenged leader of the party.

Ever since Rahul Gandhi has joined politics, he has been struggling. The aura that has been the hallmark of the Nehru-Gandhi family is missing in him. But Rahul Gandhi changed the rules and maybe he is paying the price for that. Despite a smooth entry into the party, he decided to take the vertical route. He contested elections, became an ordinary MP. Before becoming Congress President, he served as General Secretary and Vice President of the party. Let us not forget that from 2004 to 2014, there was a Congress-led government at the centre and it was not a member of the Nehru-Gandhi family but Dr. Manmohan Singh who was Prime Minister. Even after 2009, when it was expected that Rahul might ascend to the top job, he did not. Who knows if history would have been different had he decided to avoid the roundabout route and become Prime Minister directly on joining politics? The office of Prime Minister transformed the public persona of Dr. Manmohan Singh. Today, he is one of the most respected persons in the country and every word of his is taken seriously. This was the same Dr. Manmohan Singh who was a low-profile bureaucrat who wasn't noticed even in his own peer group.

Secondly, Rahul Gandhi decided to lead the party in the 2014 parliamentary elections which in my view was a strategic mistake. He had to answer for mistakes which he had not committed or was responsible for; the onus of these should have been on the Manmohan government. The Congress was in disarray due to corruption charges, the cadre was demoralized. The Anna Movement had put a serious blot on the credibility of the Congress. Instead of Dr Manmohan Singh, Rahul Gandhi became the symbol of whatever was wrong with the Congress and its government. It was a monumental handicap. And he faced the might of Narendra Modi, groomed completely by the RSS, supported by unprecedented money and media power. Given the level of negativity towards the Congress, no leader would have fared any better. The Congress was doomed. 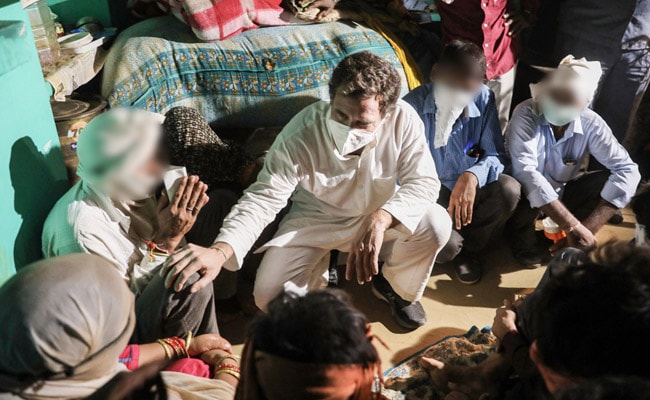 In 2017, when Rahul Gandhi finally became Congress President, he showed the first flashes of brilliance. By then, Hindutva was in vogue and hegemonic Left-liberal ideology had been relegated to the margins of the discourse. The country's ecosystem had changed. The BJP painted the Congress and opposition as parties only concerned about Muslims. Rahul Gandhi, during the Gujarat elections, tried to boldly readjust the party's ideology. Despite reservations within the party and outside, he boldly projected himself as a "Hindu leader without hate". His hopping from temple to temple did bring dividends to the Congress. Modi and Amit Shah had to work extremely hard to save their government in Gujarat. In Karnataka, the BJP could not form the government and later, in December 2018, the Congress won three states - MP, Rajasthan and Chhattisgarh. But such was the power of the media discourse and incessant propaganda in social media that even those who were sympathetic to Rahul Gandhi were not willing to give him credit. In private, many did admit that he had done a good job but they turned quiet in public discourse. Even Left-liberal intellectuals and political experts. When the Congress was once again routed in the general election last year, the blame was yet again heaped on Rahul Gandhi as if he were the solitary reason for the Congress's colossal failure. I believe that if the Pulwama incident had not happened, Modi would have been struggling to cross 250 seats in parliament.

Modi is an incontestably powerful and popular leader and yet the BJP nationally musters only 39% of the vote. The Congress in its heyday always had more than 40% votes. The BJP has been consistently losing states. But such is the power of propaganda that Modi is not blamed for losses and Rahul is criticized in victories. Liberals suffer from so much paranoia that they want the Congress to die. Did they ask similar questions when the BJP lost two consecutive elections in 2004 and 2009?

For Rahul, this is the Atal-Advani moment. Like they went through the highs and lows, similarly, he must go through those. Those who ridicule him tend to forget that the BJS/BJP took 46 years to form the government at the centre despite the long legacy of the RSS that was formed in 1925. In my opinion, to say that Rahul going to Hathras is kind of reinventing himself is a nonsensical statement. This is a political process which a leader in opposition must go through. Rahul Gandhi took that political leap when he decided to hop temples, like the BJP did in 1985 when it switched from "Gandhian Socialism" to "Integral Humanism". The rest is a matter of grabbing opportunities, fine-tuning strategies, and learning the art of ruthless politics.

What We At IITs Are Discovering About Online Classes