Perhaps the person who has the most riding on the Gujarat election is Amit Shah. He took charge of the campaign, sources say, because the impression within the BJP was that the threat presented by the Aam Aadmi Party or AAP had been underplayed by Chief Minister Bhupendra Patel, who is perceived as extremely close to Prime Minister Narendra Modi.

The high-energy campaign run by AAP and its top boss Arvind Kejriwal initially seemed to have concerned the PM and his most-trusted aide, Amit Shah - and when he took over the campaign, he employed his hands-on style to make every decision.

In choosing which candidates make the cut, he has been given a free hand in systematically culling those MLAs seen as non-performing; also left to his discretion - deciding who should be paraded as a star campaigner (the rarefied group includes Yogi Adityanath of Uttar Pradesh, where a turf war between Amit Shah and him is a pervasive premise). If Yogi Adityanath draws his political capital from Uttar Pradesh which he commands, Shah is very clear that he has to have a grip over Gujarat for any eventual political face off. 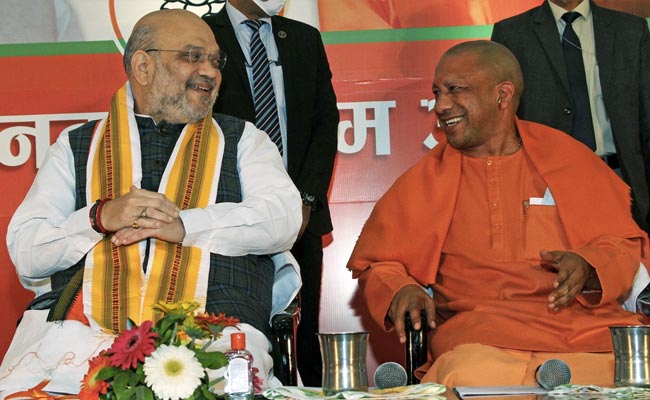 As ever, Amit Shah is tending to the election with micro-management. Sources in the BJP tell me that C.R. Patil, the President of the Gujarat BJP, is finding the going extremely tough with his recommendations regularly being ignored by the Home Minister. This has led to some visible changes: C.R. Patil is now keeping a very low profile after he made the mistake of leaking to the local media a list of MLAs whom he had recommended. This annoyed Amit Shah and predictably those on the list did not make the final cut. The message was received.

Some instances of Amit Shah's micromanagement in candidate selection include the following. In Surat, Kumar Kanani and Purnesh Modi have been repeated despite their rivalry with C.R. Patil. In Ahmedabad, only two of the sitting 21 MLAs have got tickets.

The Home Minister is spending three days a week in his home state; on his phone is booth-level data of every seat; MLAs who meet him are expected to be fully immersed in the data-first context he prefers. 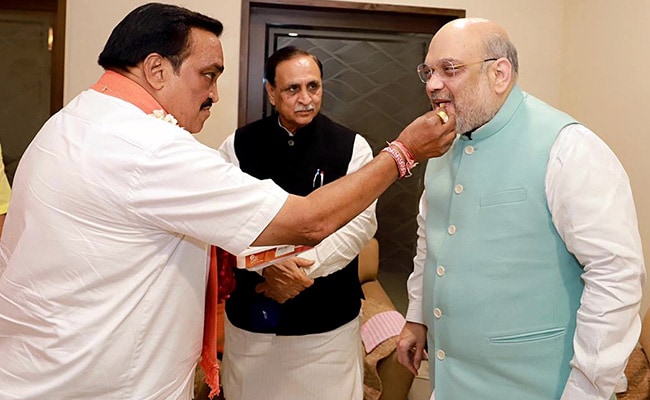 It may be a conspiracy theory, but several BJP leaders told me that Amit Shah intentionally made much of Arvind Kejriwal's Aam Aadmi Party (AAP) as a threat to shake off any complacency within the BJP election machinery, and to ensure that the voter is motivated into standing by the BJP - in a state it has held for 27 years.

Given the hype around the Aam Aadmi Party's potential in Gujarat to eat large chunks into the Congress' share, the BJP has in the final stretch of campaigning really hit the gas. Prime Minister Narendra Modi has addressed four rallies today; the total so far is 16. Another clear sign of Amit Shah's imprint: firm favourite Himanta Biswa Sarma, Assam Chief Minister, will get a prime time role, Rahul Gandhi-baiting guaranteed.

At meetings with local BJP leaders and cadre, Amit Shah repeatedly emphasises that victory and voters must not be taken for granted. To them too, he cites the danger of both AAP and a quiescent Congress. 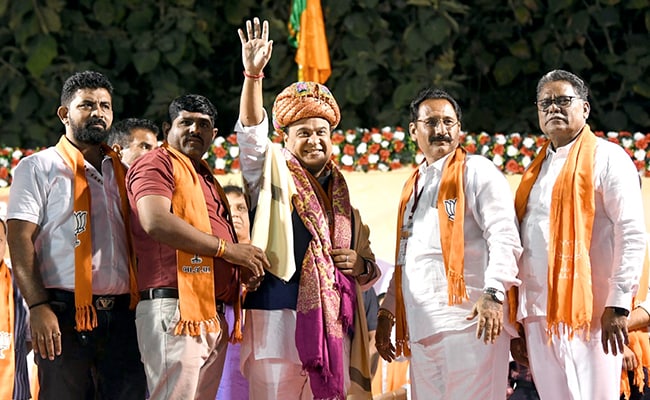 Amit Shah has clipped the wings of "star campaigners" he doesn't like and has grounded two high-flying union ministers, who are assigned to address rallies but are hardly rostered.

On the other hand, his long-standing polling agent Harshad Patel has been chosen as the candidate from Gandhinagar. Sources say that in 2017, Harshad Patel's ticket was announced at Amit Shah's behest but Anandiben Patel prevailed and sitting MLA Arvind Patel was repeated. Amit Shah on November 14 even visited the election office of Harshad Patel and Amit Thaker, another Shah favourite contesting from Vejalpur seat. Both these seats form part of Amit Shah's Gandhinagar Lok Sabha seat. 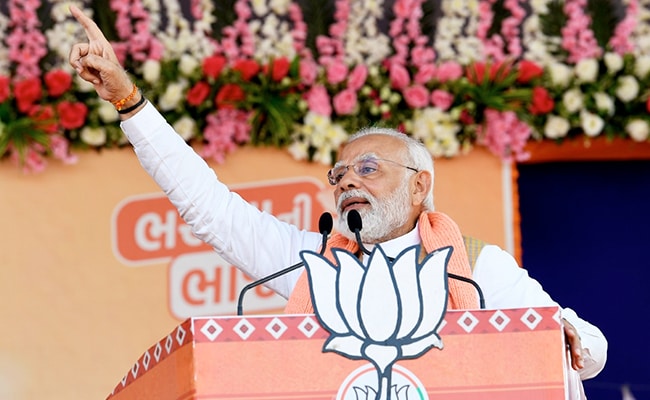 Amit Shah had optically distanced himself from Gujarat politics after Anandiben Patel was replaced in 2016 with Vijay Rupani, known as his loyalist. This ensured that Anandiben Patel's battle with Amit Shah continued after her being appointed Governor of Uttar Pradesh. Viay Rupani's lacklustre performance during the vicious second wave of the pandemic saw him being replaced with Bhupendra Patel, who is from the Anandiben camp. Patel because of his closeness to Modi allowed the PMO the final say in all Gujarat administrative decisions.

Despite the BJP appointing three Chief Ministers after Modi moved to the centre as PM, the party's entire campaign for Gujarat is based on Brand Modi. Amit Shah gets his share of the laurels as the best BJP election strategist, a matter of pride for Gujarat voters.

Truth vs Hype: Gujarat vs Himachal - The Modi Paradox