The Dangers of an Ex RAW Chief's Tell-All

For the last few days, mainstream media and social media alike have been abuzz discussing the hitherto unacknowledged aspects of the role of Indian intelligence agencies in Kashmir. What was commonly whispered and gossiped about in the Valley was suddenly brought front and centre after a series of interviews by AS Dulat, the former RAW chief. These interviews by Dulat are part of the circuit all authors go on to drum up interest in their forthcoming publications, in this case, Dulat's book - Kashmir: The Vajpayee Years.

I'll start with a caveat, this piece is not a review of Dulat and Aditya Sinha's (who is credited as a co-author) work. I haven't read the book yet, and thus all I'm basing this on is what I've read or seen of the interviews. I'm not going to comment about the more gossipy parts of the book detailing some of the name-calling or suspicions about fellow mainstream politicians. It's also not a reaction to the parts of the book that mention me or my father. As far as I'm concerned, this is a recollection of events from the author's perspective and any inaccuracies I'll just put down to artistic license.

My problem with the book is a far more fundamental one. My objection to the book starts and ends with only a two-part question - should the book have been written in the first place, and having been written, should it not have been subjected to some sort of vetting to make sure it doesn't compromise any ongoing or possible future operations? These questions are based on what I know of similar situations in other countries. 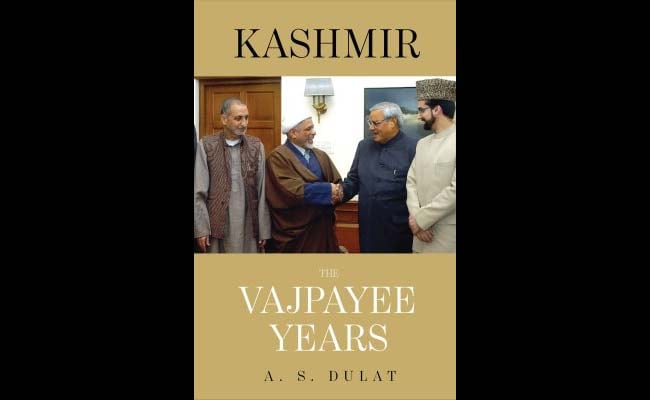 Take the UK, for example - when the former head of MI5 wanted to release her memoir 'A Life of Surprises' in 2000/01, it had to be submitted for vetting and was only published in censored form; any passage considered damaging to national security was omitted. A highly-placed source in MI5 at the time told The Telegraph that her action represented a "moral betrayal" of her colleagues.

That Mr Dulat has been a witness to a lot of Kashmir's recent history cannot be called in to question. He served in Kashmir as Joint Director Intelligence Bureau during the critical period 1988 to 1990 which coincides with the time militancy took root in the Valley. He then moved to the Kashmir Operations desk in the IB headquarters. He only moved away from this desk when he was promoted to Special Director IB, and having retired from this post, he made the rare transition from the IB to the Research and Analysis Wing as its chief. He was appointed to the PMO during PM Vajpayee's tenure to advise on Kashmir in 2001, and this term ended in 2004. I'm mentioning all this just to underline the point that he has been in the thick of things through the most turbulent period in the state's history.

Let's look at some of the incidents that Dulat has talked about in his book and the implications that these could have for the future. Take the Syed Salahudin one for starters. The book details how an attempt was being made to bring back the leader of the UJC, The United Jehad Council, at the behest of the IB. The IB, according to Dulat, was in touch with the chief of the Hizbul Mujahideen to try and get him to return to India from POK. During the course of this attempt, Salahuddin is reported to have contacted the then head of the IB in Srinagar to help his son gain admission to a Government Medical College. The IB got in touch with the then Chief Minister, my father, and this admission was arranged. Now I'm not getting in to the debate as to whether a militant leader's son should have been assisted in this way or not, but ask yourself this: have we not closed our doors to any sort of covert contact with Salahuddin for all times to come? This contact may not seem necessary or important now, but can we rule out its utility completely?

Similar is the fallout of the detailing of contact between the IB/Dulat and some of the senior Hurriyat leaders. That there has been back-channel contact between some of these leaders and the Government of India is widely whispered about but seldom, if ever, acknowledged. It is back-channel contact that is often developed to the point where it starts to yield results. These results sometimes, though not always, result in the sort of photo opportunity that the authors have used on the cover of the book. For those who haven't seen the cover, it shows Vajpayee sahib meeting senior leaders of the APHC in Race Course Road. This meeting didn't just happen on the spur of the moment; it took time, effort and a series of back-channel discussions to arrive at this point. Once again, I'm forced to ask which separatist leader will now talk to people like Dulat only to have this contact detailed in a book a few years down the line. If the IB did pay for medical treatment or travel arrangements for separatist leaders, it was done as an ongoing operation to develop a rapport with them, a rapport that will now be even more difficult to establish.

It's clear that the only solution to the Kashmir problem will emerge out of a sustained dialogue with all the stake holders, and those stake holders include some of the people exposed by this book. It's also as clear as day that not all this contact can be in the public domain from Day One itself. Some of the initial contact will have to be behind the scenes. It's going to be a major challenge for the intelligence agencies, the IB in particular, to rebuild any confidence that covert contact will remain just that. As someone in the IB remarked to a journalist friend after the first interview - "Who will trust us enough to talk to us now?"

That's the reason I'm asking if this book or books like this should not be vetted, if at all they are written in the first place.

Disclaimer: The opinions expressed within this article are the personal opinions of the author. The facts and opinions appearing in the article do not reflect the views of NDTV and NDTV does not assume any responsibility or liability for the same.
Comments
AS DulatKashmir: The Vajpayee YearsKashmirformer RAW chiefIB headquartersAditya SinhaRAWOmar AbdullahIndian intelligence agencies