It's been an elaborate charade. The Congress' so-called presidential election shows that the Gandhi family, which can no longer win elections, continues to hold absolute power in the party. The "High Command" stranglehold on the Congress has been glaringly evident in the Kaun Banega Congress President soap opera.

What should have been a process of election became a process of elimination. The original choice of the High Command was Rajasthan Chief Minister Ashok Gehlot. However, Ashok Gehlot refused to accept Sachin Pilot as his replacement in Rajasthan and was thus eliminated. The eye of the High Command then fell on another veteran, Kamal Nath, who reportedly declined saying he was busy with forthcoming elections in his karmabhoomi of Madhya Pradesh. The relatively young Maharashtra leader Mukul Wasnik was then reportedly sounded out, but he too was unwilling. The doughty warhorse Digvijaya Singh threw his hat into the ring, only to withdraw when the party's super-senior leader, 80-year-old Mallikarjun Kharge stepped into the fray. 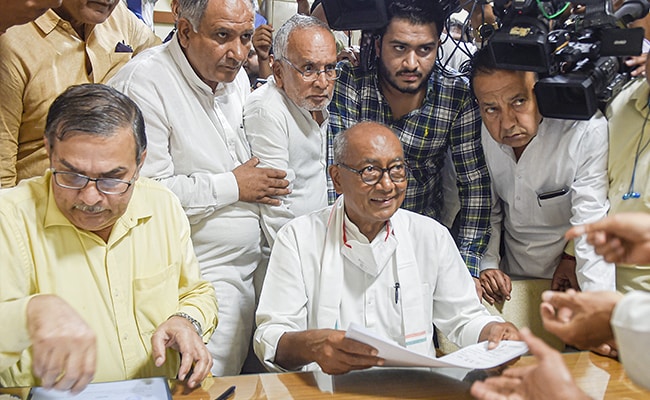 The office of Congress President was once a highly-coveted post. But today it is a poisoned chalice, a job which nobody wants. Why would they? Since the Gandhis and Rahul Gandhi in particular, who has positioned himself as the supreme-leader-by-birth, continue to exert power without responsibility, the hapless individual who becomes a Gandhis-endorsed president would have only responsibility without any power. He or she would thus become the fall guy for every party failure, and at the same time have to keep kowtowing to the Gandhis in Delhi.

Mallikarjun Kharge is a staunch Gandhi family loyalist, unflinching in his devotion to The Family. Three of his five children are named Rahul, Priyank and Priyadarshini. At 80, he has taken up the leadership contest because he has nothing to lose even if he remains an ineffectual rubber stamp.

The contest is now between the least unwilling dynasty nominee, Mallikarjun Kharge, and the most willing independent force, 'outsider' Shashi Tharoor. This columnist has earlier argued that Tharoor should be the unanimous Congress choice for president. Tharoor may not be popular within his own party, but he is popular outside where it really matters, particularly among crucial demographics like the youth and urban middle class, post-poll data showing both groups rejecting the Congress in the last two elections. 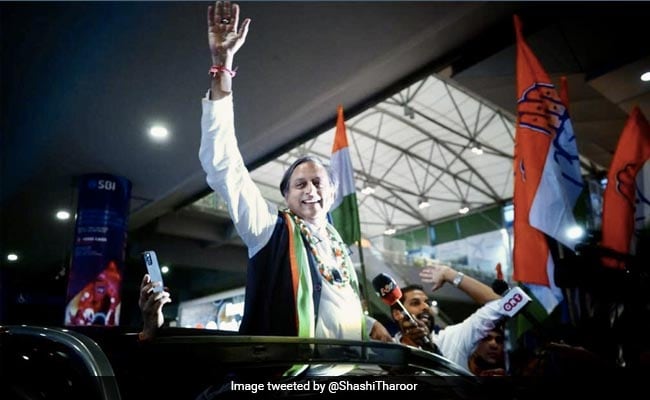 Shashi Tharoor is a genuinely aspirational meritocratic figure and a self-made global success story who can make the Congress a more attractive proposition for a "new India." No other conventional Congress neta can do this. Critics call him a political lightweight but he is not. He does not hail from a political dynasty, yet in 2009, he wrested Thiruvananthapuram from CPI strongman P Ramachandran Nair in a thumping win. Since then he has held the seat twice, making him a three-time Lok Sabha winner on his own steam.

But the Tharoor-vs-Kharge fight is looking like a no-contest. Party heavyweights have thrown their weight behind Mallikarjun Kharge on instructions from the Gandhis. Shashi Tharoor has made his candidature important by fighting on the important principle of inner party democracy. But he's looking increasingly like a lone ranger relying on the All India Professional Congress, an organisation which he set up, and a handful of MPs who signed his nomination form. The Haryana Congress leader Kumari Selja even went so far as publicly asking him to withdraw. The pious line that the High Command or the Gandhis have not endorsed any candidate is nothing but the disingenuous doublespeak so characteristic of the Congress. Everyone knows Mallikarjun Kharge carries The Family's blessings. 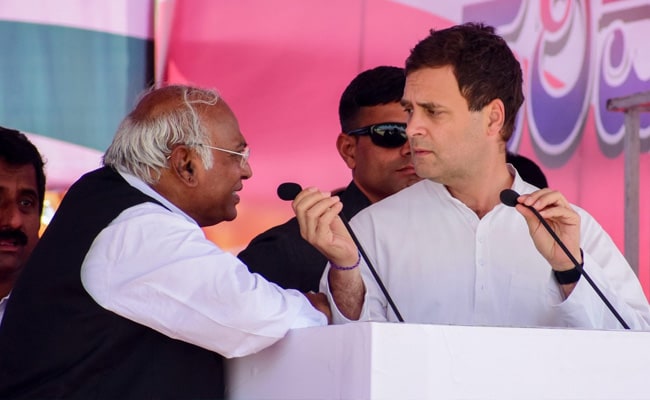 But as Congress president, Mallikarjun Kharge just does not work. He is aged, hardly exudes charm or energy, and his best years lie in the past. He will not bring in any incremental votes and will be a dynasty puppet with no new vision to offer other than the same old tired slogans. In fact, Kharge could even attract active hostility from the public, symbolising as he does a refusal of the Congress to change itself, or bring in leaders who are not dynasty nominees. Kharge's Dalit identity will not be of much help either. A tokenist Dalit label did not yield any results for Charanjit Singh Channi, who led the Congress to a humiliating defeat in Punjab and has since scarcely been seen.

So if Mallikarjun Kharge does not work, what could have worked better? Since Shashi Tharoor on his own faces too much resistance from his party, the best bet for the Congress could have been a Ashok Gehlot-Shashi Tharoor double ticket, with the former as the organisational man and the latter as party face and star campaigner. Such an arrangement would have enabled the Congress to get a leadership which would not only connect with the youth and urban middle class, but also with the OBC assertion of the Hindi heartland. Ashok Gehlot hails from an OBC caste, has deep networks in the party organisation, and, as an experienced Hindi-belt politician, would bring political acuity to a faction-ridden Congress, even though in his own home state, he admittedly failed to reach out to Sachin Pilot. Shashi Tharoor with his unique cosmopolitan appeal would give the Congress a fighting chance to win back vital constituencies in "New India."

A Gehlot-Tharoor double ticket however would have consigned the feudal entity known as the Congress High Command to irrelevance. The Congress High Command can't win elections, yet does not want to cede its white-knuckled grip on the party. Rahul Gandhi may have momentarily found a role as someone practising politics on the streets, yet The Family's durbari coterie cannot tolerate talented people who may outshine Gandhi family members. 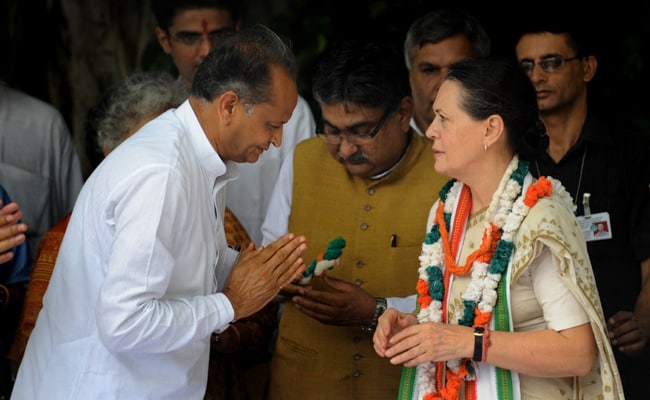 So while a double ticket of Ashok Gehlot and Shashi Tharoor was unacceptable to the old guard, it is precisely this kind of radical solution which is the only way forward for the Congress in the future. Rahul Gandhi's leadership in the last decade has brought the Congress not just defeats but successive crippling routs. The party has been swept out of the Hindi heartland. In 2019, in 185 direct contests with the BJP, the party was able to win just 16 seats. It now faces another challenge from the AAP which is chipping away at its vote bank in state after state. Even Ashok Gehlot as Congress Chief Minister in Rajasthan could not stop the BJP juggernaut in 2019 when the saffron party won all Lok Sabha seats in the state, the Congress scored zero.

When you have little to lose, risks need to be taken. A status quoist Congress appears resolutely risk-averse, thus hastening its own decline.

(The writer is senior journalist and author of two biographies on Indira Gandhi and Atal Bihari Vajpayee.)